By Joseph E. Morgan
Middle Tennessee State University – On Friday, May 29, four days past Memorial Day, the Nashville Symphony Orchestra presented Benjamin Britten’s War Requiem at the Schermerhorn. This epic work by the pacifist Britten interweaves a traditional 6 movement requiem mass with an orchestral song cycle on 9 poems Wilfred Owen, a veteran from World War One. The work was premiered at the consecration of the newly constructed Coventry Cathedral in 1961. It was a momentous occasion, the new Cathedral, itself a monument to modern architecture, was built next to the ruins of the previous Cathedral which had been destroyed during a Nazi bombing raid in 1940. The ruins of the Cathedral were maintained there as a memorial, much in the same way that the USS Arizona is maintained as a memorial to Pearl Harbor. Preceding this earlier Cathedral was a monastic building, St. Mary’s, which was itself destroyed during King Henry VIII’s suppression of the monasteries with its own ruins to be found at the site. The performance on Saturday night is, to the day, the fifty-third anniversary of the work’s premiere at this sacred site. 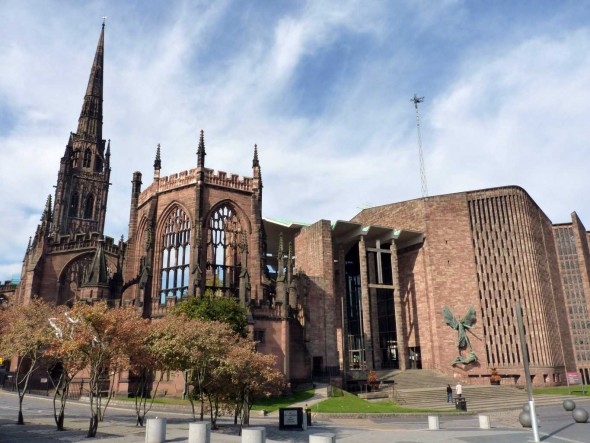 The power of Britten’s work resides not just in its scope, although it was written for a huge three part ensemble, but also in its intertextuality. Like the ruins of the buildings on Coventry grounds, the Catholic requiem texts are a memorial against which Owen’s bitter anti-war texts are juxtaposed by Britten’s three ensembles. The first, made up of a soprano, chorus and orchestra, performs the Requiem. The second ensemble is a children’s chorus accompanied by harmonium. This second group also sang parts of the Requiem and from the back of the hall provided a constant expressive foil of naiveté and innocence to the other two ensembles. The third ensemble, on the other side of the stage, was made up of a separate chamber orchestra with tenor and baritone soloists performing the cycle of Owen’s texts.
From the first movement, “Requiem aeternum,” the juxtapositions and their power became readily apparent when Owen’s famous Anthem for Doomed Youth was sung by the tenor against the text of a traditional mass “Introit” and “Kyrie.” Owen’s bitterness is up front: “What passing bells for these who die as cattle? […] No mockeries for them, no prayers nor bells.” The line is set against orchestral writing in which Britten employed his most advanced modernist harmonic language, filling the soundscape first with bells ringing in tritones–the devil’s interval, and then, at the entrance of Mary Biddlecombe’s exquisitely prepared Blair Children’s Chorus, saturating the soundscape with chromaticism. 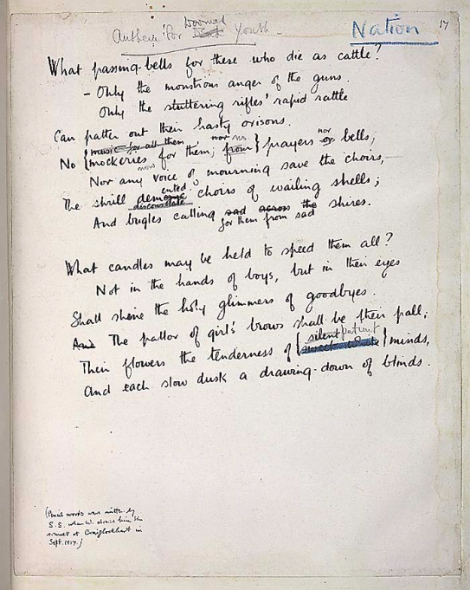 In the geopolitical context of the premiere of the War Requiem (1962) there were ongoing bellicose tensions that made the violence of War seem right at hand. The Bay of Pigs invasion had just occurred, the Cuban Missile Crisis was just a few months off and the Berlin Wall was under construction. When Britten composed the solo parts for his requiem, he sought the very best singers from the three cultures that might, he thought, instigate the next World War. The Soviet Union was represented by soprano Galina Vishnevskaya, Germany by the baritone Dietrich Fischer-Dieskau and the English by tenor Peter Pears (Britten’s significant other). In three roles meant for such a group of classical music glitterati, the talent that the NSO brought in did admirably well.

In the “Dies Irae,” the second and longest movement of the six, the trumpets paint the text that the chorus is singing, “Tuba mirum spargens sonum” (“The Trumpet scattering its awful sound”). Their voices are given to the sinister old Catholic chant for the dead in a sneering staccato. At the height of the movement is the braggart’s duet between tenor Anthony Dean Griffey, and baritone Phillip Addis. Their two voices never fully blend, which I think is the intention of Britten’s line. This is not a love duet, but a mutual statement of false courage in the face of death–the voices should not be beautiful. As Owen pointed out: “…when each proud fighter brags, He wars on Death – for Life; not men – for flags.”

The tenor Griffey is a Britten specialist, particularly in Peter Grimes who he famously recreated at the Met, but brings a bright instrument that is almost too big for the job. His powerful, nearly heldentenor, interpretation of the role is quite different from the one created by Pears, who had a famously reedy and less clarion voice. But if Griffey brought an operatic interpretation, Addis brought a youthful intimacy. His voice is wonderfully full in the low notes, yet comfortable in the typical baritone’s range—one imagines a youthful Fischer-Dieskau as a bass-baritone.
However, Addis and Griffey did find a beautiful blend at the center point of the next movement when, accompanied by harp, they sing of the biblical Angel descending to stop Abraham from sacrificing his son. However, the story is revised in terror, Owen has Abraham ignore the angel and slay “…his son and half the seed of Europe one by one.” In one of Britten’s most chilling gestures, immediately after this line is sung and the crime revealed, the music diffuses quickly into a pregnant pause, employing silence to express the power of the moment and allow the audience to dwell on the idea before continuing. 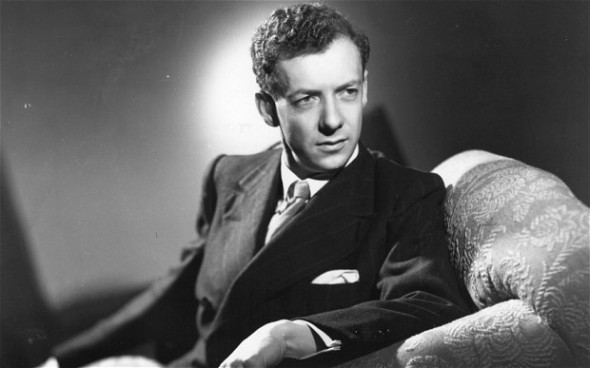 The soprano, Erin Wall, stepped to the fore in the Sanctus and Benedictus, offering some respite from the shade of the first three movements. Wall’s voice was sympathetic with a wealth of fullness, properly representing the peace garnered from faith in a time of war. The “chattering crescendo” by Kelly Corcoran’s Nashville Symphony Chorus was powerful and beautiful, leading to a heart rending Benedictus. The work and evening ended with a giant “Libera me” in which the earthly forces of baritone and tenor plead for sleep and are led into heaven first by the children’s chorus and then by the soprano and whole chorus in an 8 part canon. After the final note decayed, Guerrero had the sense to remain in posture for a time and let the audience abide in the moment before he turned for his ovation.

After all this, one couldn’t help but consider the current geopolitical context, and how far we haven’t really come. Britten’s three bellicose forces, the English, German and Russian, are still at odds, but instead of Cuba it is now over Crimea. This, alone, is a global threat, without mention of the barbarism of ISIS in Iraq or the heightening tensions in Asia. All of these threats can seem very distant from the controlled climate of Schermerhorn hall in Nashville, but perhaps that is exactly here where Britten’s masterpiece was meant to be heard, so that it shouldn’t be forgotten. Suggestive of this is the epigraph Britten attached to the score, also from Owen, “My subject is War, and the pity of War. The Poetry is in the pity. All a poet can do is to warn.” It was particularly in this task to warn and remind us of the chilling terror of War, that I think Britten’s piece, and the NSO’s performance, was successful.