Can You Hear Me Now?
John Jackson Redefines Classicism with a Dash of Technology

Switching freely between subject and style is a well-worn strategy of post-modern painting that has perhaps been used to the greatest effect by Gerhard Richter. Richter’s paintings of eclectic subject matter, which includes paintings from photographs, color charts, and pure abstraction, insist on the unimportance of subject and the primacy of paint. Through this strategy Richter has become one of the “purest” of contemporary painters.

Like Richter, John Jackson moves with ease between figuration and abstraction—creating realist works about the effect of technology on relationships and atmospheric abstract paintings involved with passages of light and dark.

But where Richter’s refusal to be pinned down by subject results in an expansive embrace of the plasticity of his medium, Jackson’s bifurcation of subject matter leads to a conceptual gap between the two styles—a disconnect where one style critiques and argues with the other.

Jackson’s most recent figurative work presents a series of visual one-liners about the alienating effects of technology, painted in a style reminiscent of Eric Fischl’s work from the 80s. In 4th of July, a teenage boy attends a fireworks display, but rather than experiencing the show around him, he watches it on his iPad. Seduction 1 portrays a naked woman in the foreground intently texting and ignoring the nude man sitting behind her who is similarly disengaged—staring off to the side of the picture. These two works echo the disaffection that Fischl so deftly explored through the juxtaposition of the mundane with the transgressive. Others of Jackson’s works are more obvious, such as a reproduction of Vermeer’s Girl with a Pearl Earring with the subject talking on a cell phone, or a landscape painting based on Constable’s The Haywain with a spinning wait cursor superimposed over the image. 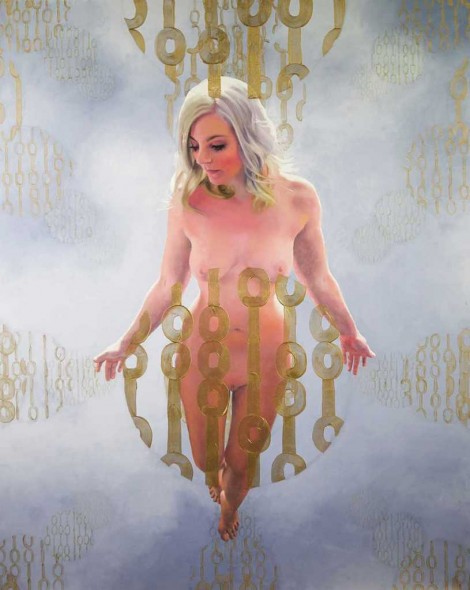 According to Jackson, “The overall narrative of these paintings is how our culture is being funneled through technology and how it affects the way we relate and communicate with each other . . . being simultaneously connected and disconnected.” These are significant ideas, but the works navigate through this conceptual territory with easily decoded visual puns and broad surface strokes, leaving the viewer dangling, looking for more complex, multi-layered points of view. 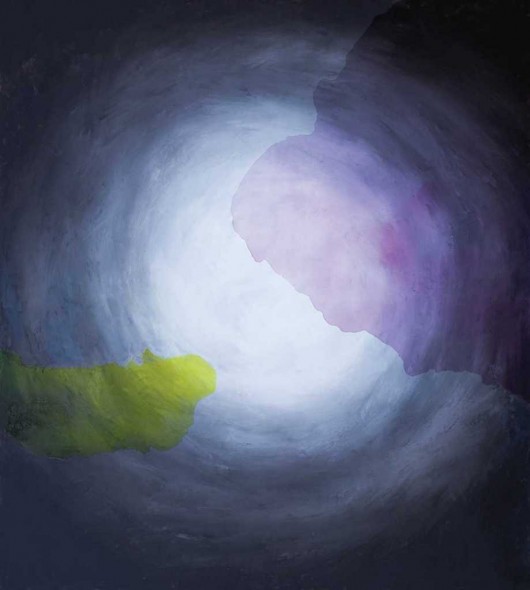 Jackson’s current abstract work is the polar opposite of his figurative work, lacking any clear referent to content or the outside world, much like the color field painting of the 1960s championed by critic Clement Greenberg. In his artist statement, Jackson says that these works “depict what we might see when we close our eyes or first open them in a darkened room. What we imagine our souls and spiritual interior might look like.” The works do impart a brooding retinal quality with pulsing light emanating from the center of the visual field interrupted by transparent, floating organic forms.  The strong central focus of the paintings recalls the formal structure of Kenneth Noland’s light-filled target paintings, while the hovering forms bring to mind Helen Frankenthaler’s lush stains or Jules Olitski’s atmospherics. 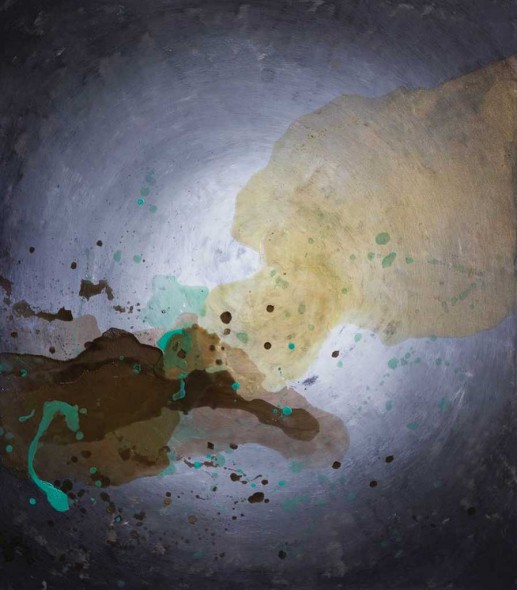 Jackson sees his figurative and abstract work as complementary—with realist work addressing external subject matter and the abstractions engaging with internal concerns. “The figurative work is more about thought and motive and is more confined, whereas the abstracts are more about feeling and intuition and are unconfined,” says Jackson. “It’s a luxury to be able to go back and forth between the two because when I get burned out on one I can switch back to the other and always keep things fresh.”

While Jackson’s practice is clearly in line with that of many post-modern painters who pick and choose and work through a variety of styles, there doesn’t seem to be a strong conceptual underpinning for this method in his work, the result of which is a disconnected random quality between the genres. In the 80s many painters appropriated the formal aesthetics of modernism to create a social and art historical critique of modernist art. A similar, but unintended, critique seems to result from the dissonance that Jackson’s disparate styles create between each other. 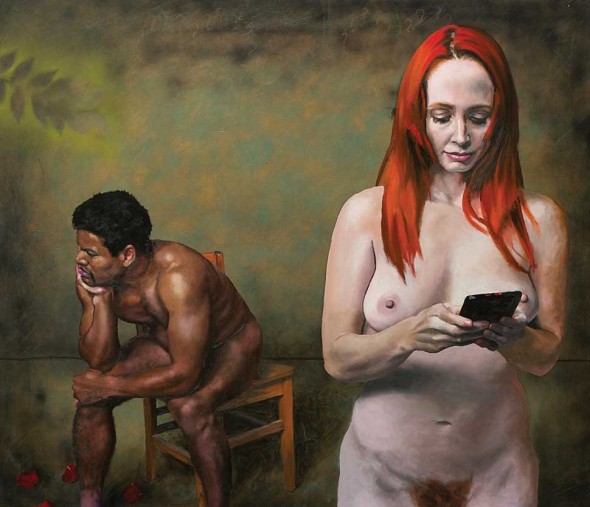 Jackson admits that his work is constantly evolving: “Even though my figurative paintings are ‘realist’ I’m not particularly interested in ‘realism’,” says Jackson. “It just so happens to be the way I learned how to paint. In general, I’m not completely happy with where I am right now with my painting and feel there is so much more inside me and that there are still major breakthroughs coming.” As Jackson’s work continues to develop, perhaps the visual dissonance and conceptual clash between disparate styles will prove to be a key factor as he advances his work.

See John Jackson at The Rymer Gallery June 6 through 30. A reception will be held on June 6 from 4 to 6 p.m. before the First Saturday Downtown Art Crawl. Attendees are encouraged to participate in an interactive installation until 8 p.m. For more information visit www.therymergallery.com. 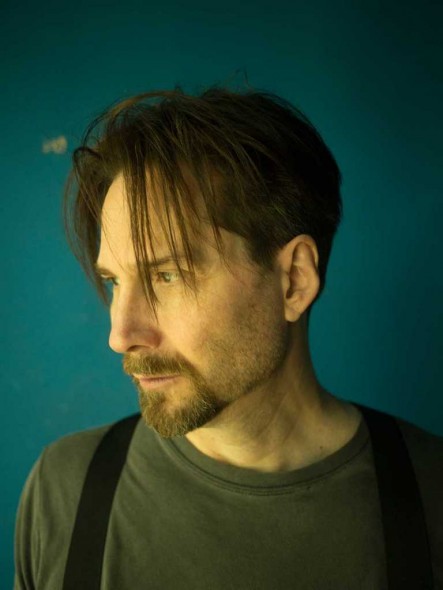