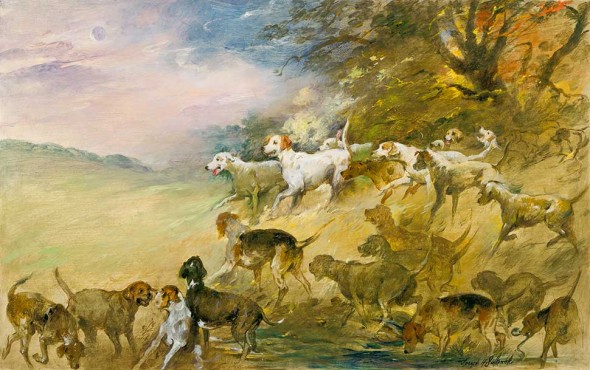 As he approaches maturation in his artistic and personal life, Joseph Sulkowski is discovering the spaces where the seams come together. For several years he has felt the pull to create his masterwork. As one of the few remaining truly traditionalist painters, Joseph looks to the great masters to model his career. They all had a “magnum opus” of sorts, something to represent the culmination of their life’s work. His vision and desire to create something to define his art vocation has taken form in Apokalupsis: An Uncovering.

In a world where the average person lives a fast-paced life driven by instant gratification, Joseph Sulkowski is taking it slow. Just like his greatest influences, Michelangelo, Velázquez, and Rembrandt, he still mixes his own materials, builds his own stretchers, and assembles his own canvases. He strongly believes that work created with store-bought materials can never reach the highest quality. The creation of a work by his hand is a process as timeless as the finished result. He lives by the words of his teacher Frank Mason: “Make every commission a masterpiece.” While he does take his time . . . time is not a commodity that Joseph cares to waste. He is aware of his own mortality and feels that as you age you should become more careful of how you invest your energy. When making art he asks himself, what will humanity treasure? What will be valued through the ages? 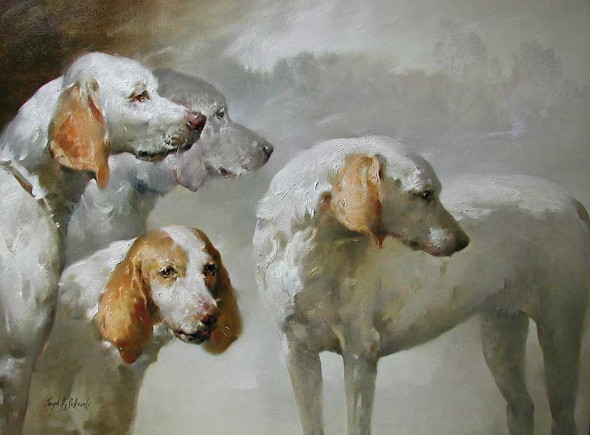 While so many of his contemporaries are creating art that he terms “purely cerebral,” Sulkowski asks the viewer to go beyond the senses and “cultivate ‘double vision’—seeing through the eye instead of only with it.” By doing so he believes every object may be “informed in a brilliant light of knowledge and understanding.” As a personification of nature, the artist uses paint and light to aid the observer in approaching the sublime. Instead of merely looking at the painting, Joseph’s objective is to leave the viewer in a state of aesthetic arrest. 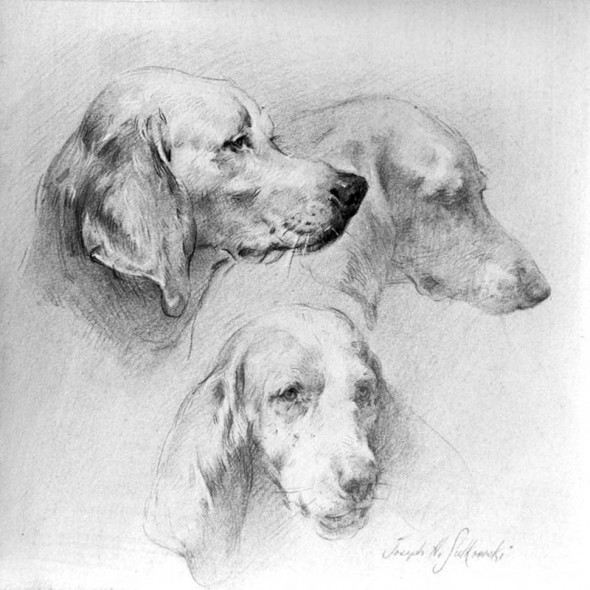 He shares a studio with his wife, and fellow artist, Elizabeth Brandon. The space is immaculately clean and flooded with natural light that illuminates their work as well as the many treasures they have on display. There is the zebra-skin rug on the floor, a plethora of art on the walls, a library of art books, and a zoo of skeletal models of animals. There is even an authentic human skull. “Always start with the bones,” says Joseph. He learned this and other principles of painting from 1974 to 1979 while studying under Frank Mason, the authority on techniques of the old masters at the Art Students League of New York. Most art mentors teach their personal style, yielding carbon copies of the teacher’s artwork. Mason gave his students the concepts and methods they would need to execute their own artistic personalities with tremendous expertise. What began as a four-month course became a five-year apprenticeship. Mason told Sulkowski he would be finished when he painted the masterpiece in the classroom. 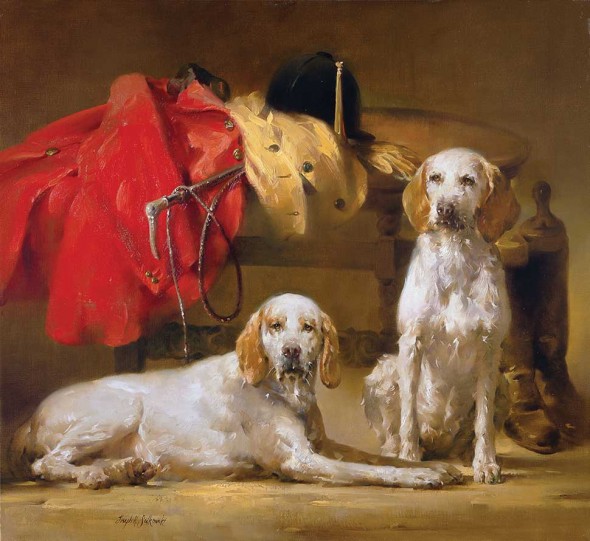 When he left the Art Students League, Joseph began the process of making art his career. For a while he supplemented his monetary needs by ushering at Carnegie Hall. He says, “I was high off of painting all day, and then at night I heard great music.” He went to all the galleries in New York promoting himself, but no one was looking for representational art. He considered getting a teaching degree but decided he did not want to settle for a “fallback” life. He knew from the age of five that he was meant to be an artist. Persistence yielded a meeting with Wally Findlay Galleries. Joseph abandoned a cab and ran through a snowstorm to make it there. The rest is history.

The inkling of an idea to create this masterwork, Apokalupsis, began to grow in Joseph’s mind while he was working in London. The word comes from the Greek for “an uncovering,” the opposite of what it is commonly understood to be—doom, destruction, and the end of all things. This work is an uncovering of our true natures as human beings. “All cells are complete entities. All life is connected. 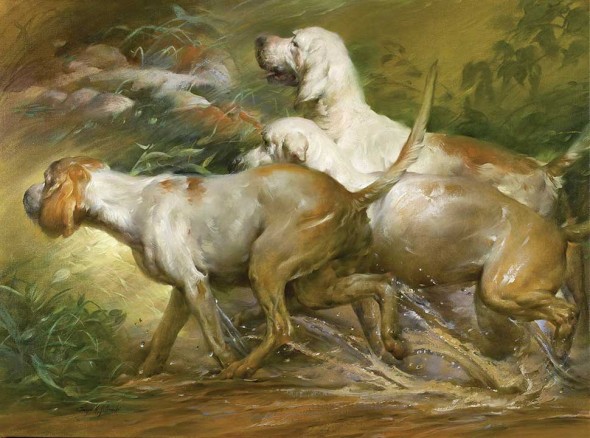 The soul knows this, but the mind can’t get there,” Joseph explains. This work will provide a means to this understanding. The impact of the imagery will serve as meditation. “Art is a living thing; that’s why it survives. We can’t do without it.”

He plans to use a pack of foxhounds as a metaphor for human life and the way we interact with each other. This animal is a favorite of Joseph’s and often appears in his work. They are an elite breed. As Joseph says, “You can’t call them dogs. They don’t wag their tails, they flag. They don’t bark, they speak.” They move as a pack. They are influenced by their family, fears, and backgrounds, just as human beings. They are susceptible to distractions and temptations and all things that lead one from the right path. Pictorially they will be grouped and depicted as dynamic representations of the Four Elements, the Five Senses, the Seven Deadly Sins, and the Three Graces. The Four Elements indicate our grounding in the natural world. The Five Senses represent the way we interpret and respond to the physical world. Representing the emotions and instincts that propel us through life are the Seven Deadly Sins. The Three Graces, beauty, love, and joy, are included as symbols of transformation. 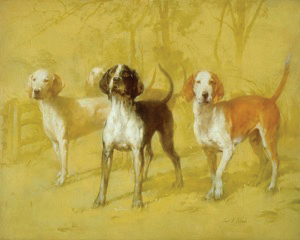 They move as a pack. They are influenced by their family, fears, and backgrounds, just as human beings. They are susceptible to distractions and temptations and all things that lead one from the right path.

The end result will be a large mural with proportions based on the Golden Mean at eight feet by twelve feet. This mural will be supported by fifty-one preliminary paintings and studies. Joseph is considering adding multimedia aspects, in order to further affect the viewer. Apokalupsis will leave the viewer possibly transformed, definitely influenced, and hopefully closer to manifesting their potential. 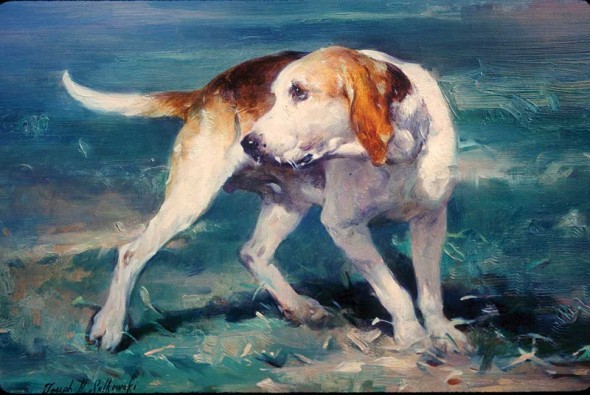 “What I want to uncover with this body of work are the common references of existence and how the four elements, the five senses, the seven deadly sins, and the three graces may also be seen as channels and gateways to transformation and realization in consciousness.”

Joseph believes that we have access to unlimited happiness, but it is our approach to life that prevents us from achieving it. He offers a means to become “unattached to a reality that is petrified in a literal mindedness, but inspired by one that is transfigured by the imagination.” 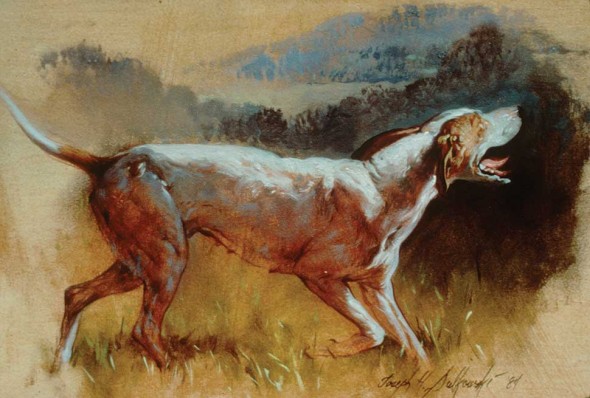 In a drawer by his easel, Joseph keeps an old slide of the famous work by Vermeer Girl with a Red Hat. It reminds him that light is supreme and perhaps the most powerfully elegant tool for the purpose of uncovering. In the painting, a girl wearing a fabulous red hat is showered in light. Joseph says, “It is a light that goes beyond the surface, to the inner light of consciousness itself.”

For more information about Joseph Sulkowski, please visit www.josephsulkowski.com. His new book, The Sporting Life, will be published in October. 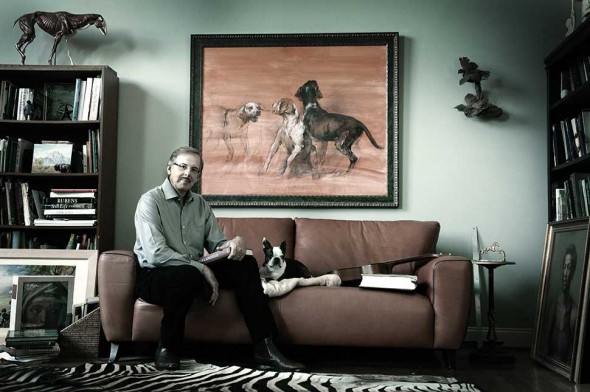 Joseph Sulkowski in his studio. On the wall: A Difference of Opinion, Charcoal, red, black and white chalk on rag paper, 40” x 50”. Photograph by Gina Binkley