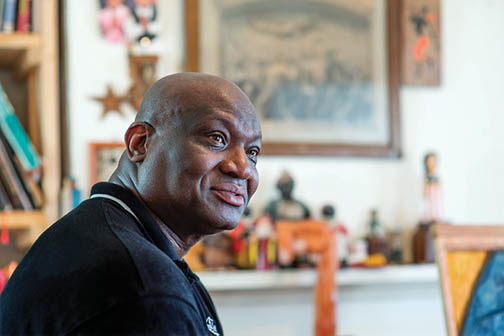 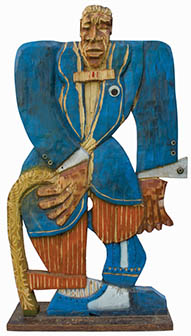 The Arts Company • August 1 through September 10

History marches so slowly that minute-to-minute changes are virtually imperceptible. Yet it is punctuated with moments that shine, handing observers the task of relaying them.

Self-taught sculptor LaVon Van Williams, Jr. is one such observer, carving away wood and leaving behind relief figures that illustrate African-American history in all of its vibrancy. As an African-American born in Florida in 1958, he also brings a Southern flavor to the telling.

The African-American experience, as carved out by Williams, will be on view in an exhibit that runs from August 1 to September 10 at The Arts Company. The show, Rhythm in Relief, will include approximately fifty pieces he produced from the late 1980s to the present. 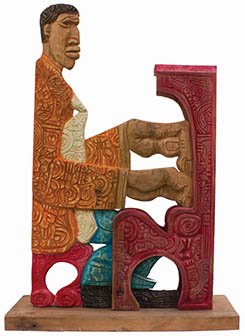 African-American heritage is punctuated by suffering and triumph, and it begins with loss. Williams’s piece The Middle Passage chronicles that opening chapter: it is a slave ship that captures the sense of confinement felt by a people trapped and taken against their will.

But a history that began in the holds of slave ships also includes chapters filled with exuberance—juke joints, rent parties, church gatherings, joy rides, jamming musicians—and these are lavished upon Williams’s body of work. “I really like the joy of life and what it holds,” Williams says. 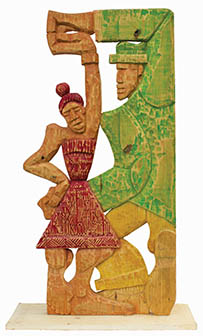 When Williams carves joy out of wood, he does so through a frenzy of figures that are dancing or otherwise moving, their limbs overly arched and their hair splayed out in wild trajectories. Their physiological proportions—too-big hands and feet—are also tweaked by the sculptor’s imagination.

Williams cites as inspiration artist Ernie Barnes (1938–2009), the painter of the famous Sugar Shack, in which sweaty dancers flail their arms in a crowded juke joint. “I wanted my work not to look like his work, but to have that energy that kept the eye moving.”

Swirling with energy, Williams’s figures are also the descendants of American artist Thomas Hart Benton (1889–1975), with that painter’s nod to Surrealism.

In Kentucky, where Williams currently resides, people know him as a member of the University of Kentucky basketball team that captured the NCAA championship in 1978. But from childhood, art was his true calling. After all, he was born into a family of woodcarvers; some cousins, a brother, and a great-uncle, Luke Wright, also had the gift. Wright worked on a ranch and carved objects, such as horses, in his spare time.

Williams says, “When he retired, he would sit in front of the barber shop or the grocery store and carve,” noting that if a passerby liked a piece, Wright would simply give it away.

Williams’s earliest memories, among those that provide rich fodder for his work, are of growing up in an African-American community “segregated, not by law, but in a sense” in Lakeland, Florida.

With the divorce of his parents, Williams and his mother moved to Denver. He was 10 years old and landed there as an influx of newcomers also arrived from other places, particularly Texas. Williams was suddenly exposed to a variety of races and cultures, and his eye was tempered by the Spanish influence that the Texans imported by way of Mexico. That, as well as the colors of Colorado’s wide-open spaces, informed his art.

It was also during this time that Williams witnessed much of what gives his work a retro sensibility in portraying African-American life. It was 1968 and rent parties—a cultural phenomenon first reported during the Harlem Renaissance—were the big thing. These house parties in which revelers participated, for a small fee, helped raise the host’s rent during lean months.

One can draw a direct line between the dancing Williams witnessed at rent parties, as well as at the “little club” around the corner, and his sculptures. His works celebrate a community of intimacy and playfulness, with titles such as The Gambling House and Raisin’ Rent. 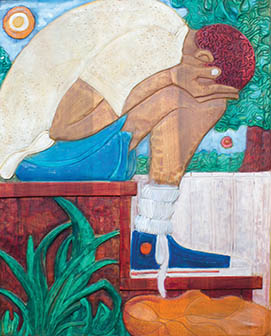 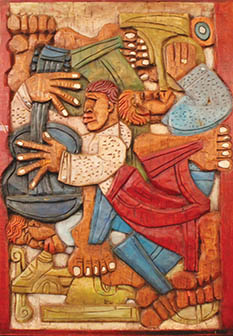 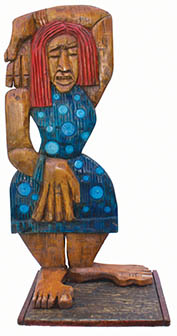 He says, “That’s the way I saw my neighborhood when I was younger, with a lot of energy.”

Those places are now gone, and Williams says his sculptures have become vehicles to inform new generations of their once-lively existence. Williams explains: “You’ll see people going someplace, doing something—that’s what I try to portray—and having great respect for each other and enjoying life. Because you only get one.”

Rhythm in Relief: The Art of LaVon Williams will be on exhibit at The Arts Company August 1 through September 10. For more information, please visit www.theartscompany.com.