Maestro Giancarlo Guerrero and the Nashville Symphony kick off the 2015/16 Aegis Sciences Classical Series in early September, a slate of fourteen performances that promises to deliver even more of what Nashville has come to love about its GRAMMY® Award-winning orchestra.

“With such a variety of classical works, there is a lot to be excited about next season,” says Guerrero. “It is an ambitious and challenging program, but one that will showcase the Nashville Symphony at its very best.”

The Nashville Symphony will set the tone for the new season at its opening weekend concerts on September 10–13 by mixing one of the most beloved pieces ever written, Beethoven’s Ninth Symphony, with a contemporary masterpiece, John Adams’s On the Transmigration of Souls. Written by America’s most-performed living composer, the latter work is a stirring tribute to the victims of the September 11 attacks that incorporates actual sound clips from New York City on that fateful day. 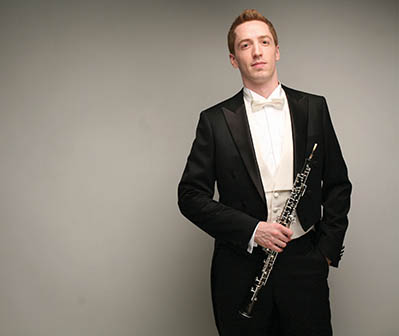 Opportunities to hear some of the finest works from the classical repertoire abound during the 2015/16 season. Bach’s beloved Brandenburg Concertos gives audiences a rare opportunity to hear this complete Baroque masterpiece on October 22–24, while the first concert of 2016 will be Mozart’s Requiem, the last piece ever written by Amadeus.

The season closes on May 26–28, 2016, with Mahler’s choral Third Symphony, completing the orchestra’s cycle of all nine Mahler symphonies—a project that Guerrero launched in 2008. Works by Tchaikovsky, Bruckner, Bernstein, Brahms, and others round out the season, along with six contemporary American pieces that will be recorded for future release.

For audiences who’ve come to know and love their Nashville Symphony musicians, next season promises a real treat, as Guerrero will feature several of them as soloists.

“Collaborating with our amazing orchestra members is something I’m particularly excited about,” he says. “It will give audiences the opportunity to discover what many of us here already know—that the Nashville Symphony has some of the finest musicians anywhere in the world.” 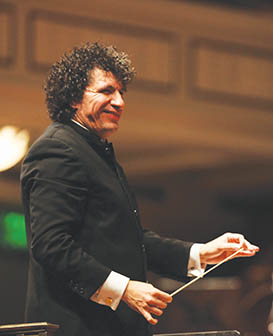 Principal oboist James Button is one of those musicians. He’ll be the soloist on Knoxville native Jennifer Higdon’s Oboe Concerto, one of three works by the composer to be performed and recorded during 2015/16.

“I met Jennifer in 2007, when I was a member of the New World Symphony in Miami, and she gave me a CD with the premiere performance of her Oboe Concerto,” says Button. “After hearing just the opening few lines, I knew that I wanted to play it someday. Jennifer writes so beautifully for the oboe, and I’m thrilled to be performing and recording this piece with the Nashville Symphony.”

The Classical Series lineup is just one part of an incredible 2015/16 season, with names like Frankie Valli, Alabama, Kristin Chenoweth, Paul Anka, and Smokey Robinson among the more than 100 guest artists performing at the Schermerhorn throughout the year.

Single tickets and subscription packages for all 2015/16 Nashville Symphony concerts are on sale at www.NashvilleSymphony.org and at the Schermerhorn Box Office.