Emme is a seventh-generation Nashvillian and president of Nelson Baxter Communications, LLC

Each spring, Cheekwood serves up a heady cocktail of art and glamour in the name of fundraising.

The Swan Ball and its meta-events—all of which of course benefit Cheekwood—provide a perfect melding of the Old Nashville “Social Register crowd” with new players who have moved to town and immersed themselves philanthropically into our city’s most cherished arts organizations.

Mixed into the great taxonomy of folks making this annual affair into one of the Southeast’s premier white-tie galas is a phalanx of media, servers, volunteers, designers, florists, caterers, entertainers, and the spit-shined and polished guests themselves. 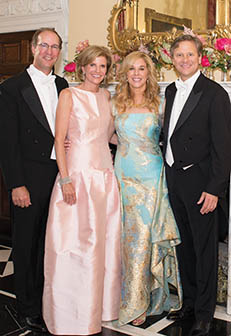 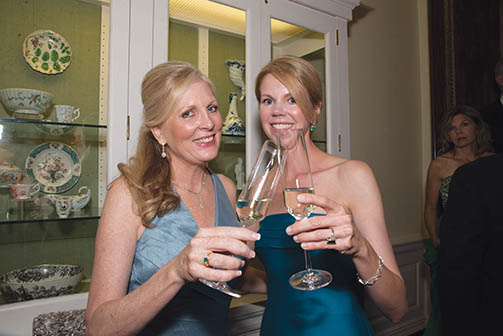 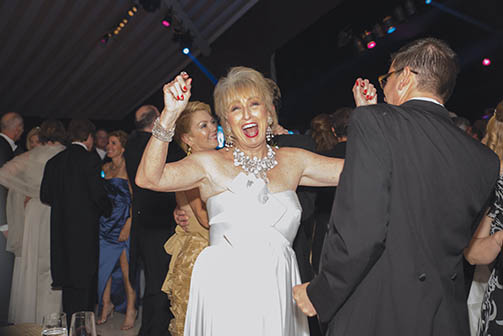 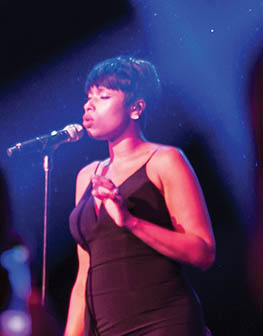 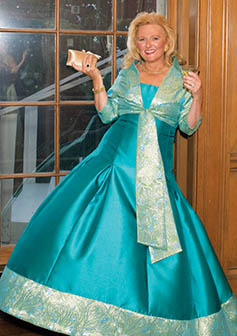 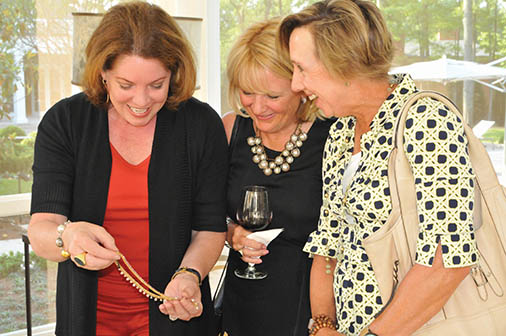 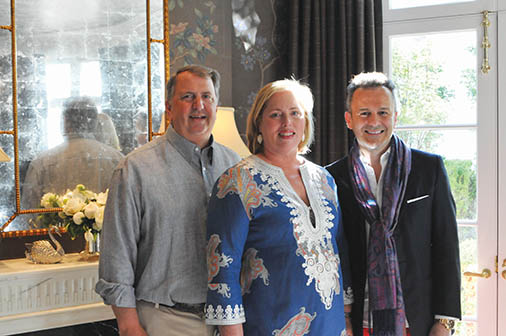 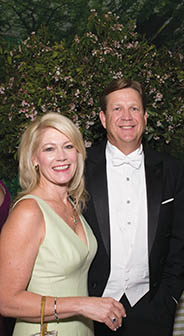 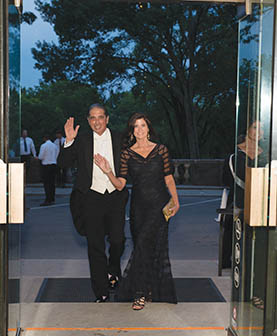 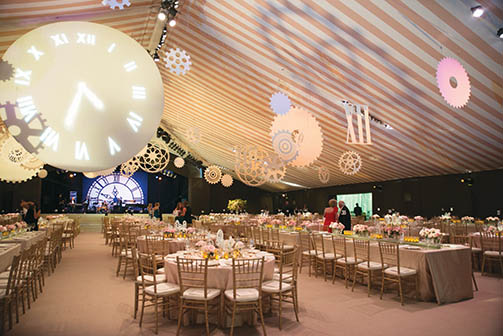 Let’s peek at the 53rd Swan Ball, held June 6 on the estate grounds and chaired by Kathleen Estes and Barby White.

On May 14 some 250 gathered at Belle Meade Country Club for the Swan Ball Auction Party. Ace volunteers Cathy East and Carolyn Taylor took on the intimidating job of assembling choice lots featuring priceless access. Think Neiman Marcus Christmas catalogue—a veritable wish book where a trip isn’t a trip unless it includes cocktails with the ambassador of a far-flung land followed by dinner at the most chichi of private clubs. 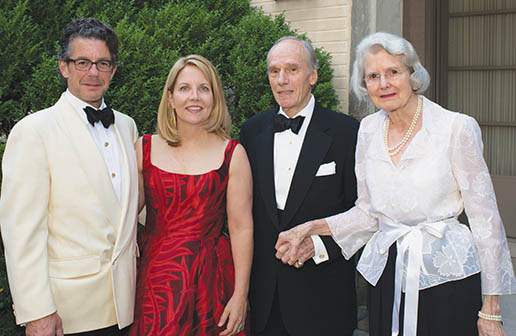 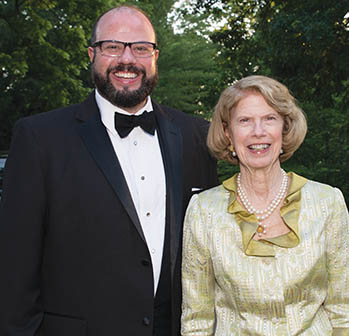 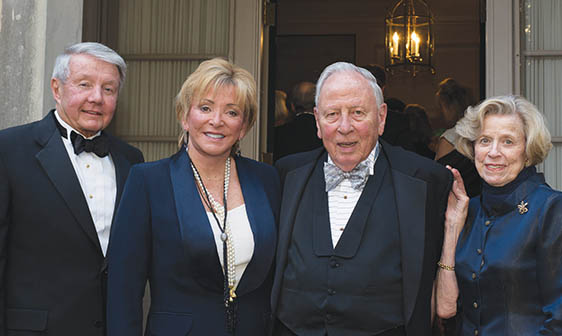 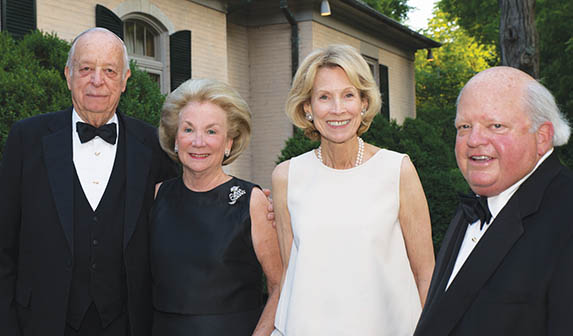 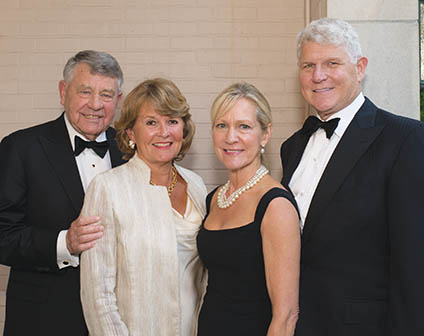 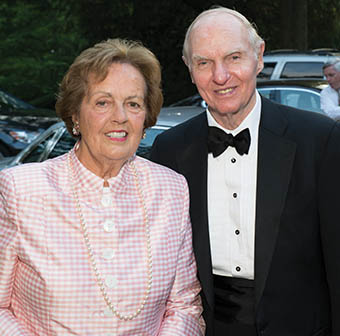 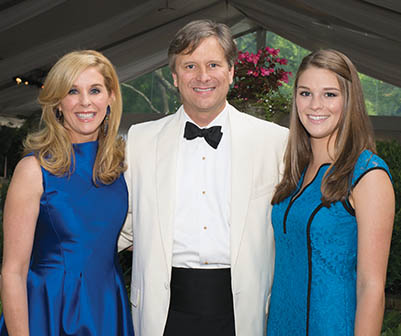 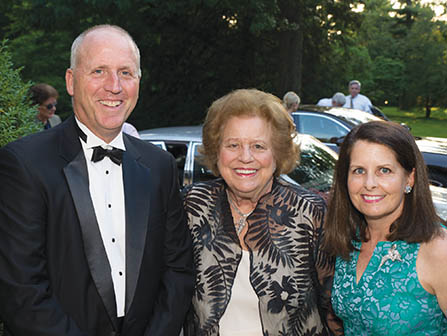 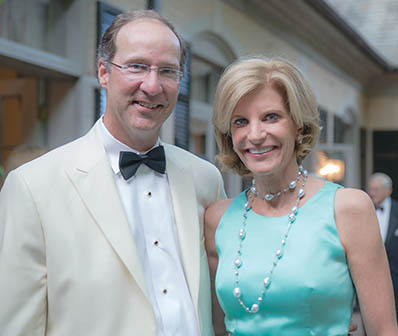 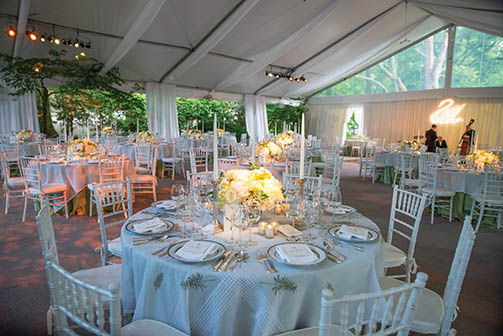 Some 650 attended the Ball itself. Manhattan-based event designer David Stark interpreted Estes and White’s vision of “Timeless” using black, white, and deciduous green. Suspended from the ceiling were a magnificent white clock face with moving black hands, white cogs and gears depicting the inner workings of a timepiece, and fabulous oversized lighting with drum shades dressed in foliage-printed fabric.

During the evening, Cheekwood Board President Tooty Bradford and Cheekwood President/CEO Jane MacLeod presented the Swan Award to the daughters of Ann and Monroe Carell Jr. Accepting on behalf of their late parents were Julie Stadler, Edie Johnson, and Kathryn Brown. Shortly thereafter, Kevin Doyle of Sotheby’s NY auctioned off four prized lots. The high bid of the night was $18,500 for the Bahamas yacht trip for eight.

The pièce de résistance, however: Grammy Award-winning vocalist Jennifer Hudson. The pint-sized, pixie-headed bundle of blast provided an hour’s worth of entertainment, much to the delight of the appreciative, smartphone-wielding crowd on the dance floor. Following her set, the Atlanta Allstars took the stage and kept folks moving until 3 a.m.

As the main party unfolded, the younger set enjoyed a Dani Kates dinner under a tent near Botanic Hall. Event chairs Heidi Rose and Grace Clayton had assists from designer H3 Events and Branches. Thirty minutes before midnight, the 300 or so Late Party guests were able to join the rocking Swan Ball up the hill at the Mansion.