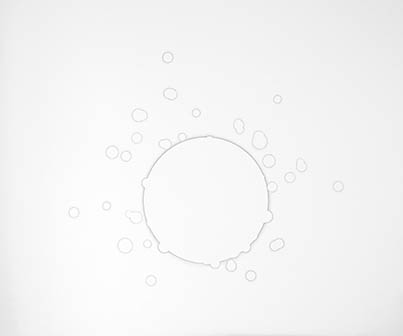 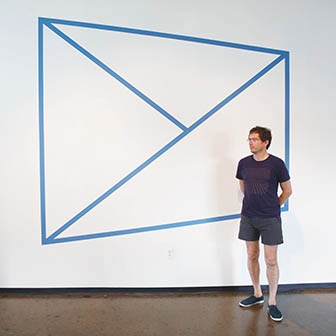 The laws of physics, small acts of kindness, great music—these are the universal languages. In the same way, there is a unique freedom that comes with viewing non-objective art, works that exist just to be looked at, separate from any metaphor. What you see is what you get. That’s the unique power behind Therely Bare Redux, the traveling show of non-objective paintings, which comes to Zeitgeist this August.

In what began as an online conversation via blogs and websites, eighteen accomplished artists from seven countries translate their digital dialogue into non-objective, geometric art for the physical world.

Simply enough, the name Therely Bare Redux, reveals everything a viewer needs to know before seeing the show. “It’s a playful hint to the reductivist nature of the work we’re showing,” explains artist John Tallman, one of the curators of the show along with
Guido Winkler and Lemke van Dijk. “Many people look at it, and see it’s more about what the artists choose not to put.”

There’s no excess chatter here. It’s barely there. “It’s about the playful and subversive nature of the show, looking at different aspects of painting and turning those on their ear.” 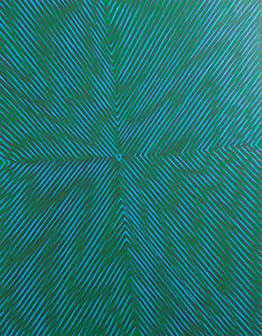 Another way to put it is that the “work is hiding in plain sight.” It’s more concrete and present physically than conceptually. The motivations are obscured, while the paint, the shape, the wall it’s hanging on—these are the focus for the viewer.

“The nature of the work is international,” says Tallman. “It’s kind of anti-local. … At the same time some of the artists definitely pull [from] local influences, but it really doesn’t define the work. It’s really exciting to be part of something that is this international language, that [is made] possible through things like Facebook and social media. It would’ve been possible ten, fifteen, twenty years ago, but not on this scale.” 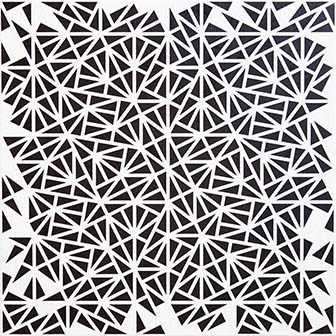 Therely Bare Redux’s presence in Nashville has special significance, specifically in its connection to Robert Ryman, the auditorium’s namesake. Ryman was an American painter whose minimalist, abstract, white-on-white paintings demonstrated a fundamental quest for pictorial expression, focusing on brushwork, surfaces, and materials. As with the artists in Therely Bare Redux, Ryman’s art meant only as much as the eye could perceive.

Says Tallman, “Throughout history, a lot of these contemporary artists have Southern roots . . . whether it’s Jasper Johns or Robert Rauschenberg. I think Nashville’s a really great place to share the work and get it out there.”

Therely Bare Redux will be on exhibit at Zeitgeist through August 29. An opening reception will be held on August 1 from 6 to 9 p.m. For more information, visit www.zeitgeist-art.com.