A middle-aged man with long dark hair pulled back in a ponytail sits alone at the near end of the sofa in his South Nashville home, figuring out how to make the world a better place. When asked, he says he is a writer by trade. But that’s not the entirety of the truth.

“I’m a writer who hired the cheapest illustrator he could find,” says Guy Gilchrist, who is perhaps best known as the cartoonist entrusted to write and illustrate the venerable comic strip “Nancy. 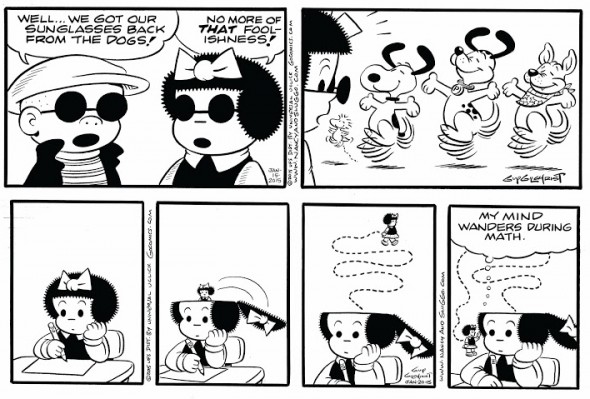 Nancy, the orphaned 8-year-old title character, has been making mischief with her best pal, Sluggo, for 77 years now. And little has changed in her world since her creator, Ernie Bushmiller, introduced the precocious butterball in 1938.
“I’ve knocked a year or two off Aunt Fritzi,” Gilchrist says of how he draws Nancy’s curvaceous caretaker. “But not much else has changed.”

This September marks the 20th anniversary of when Gilchrist and his brother Brad Gilchrist became the strip’s caretakers in 1995. Eventually, Guy took over full responsibility for writing and drawing the syndicated comic strip. Since then, Gilchrist has written and illustrated more than 7,500 “Nancy” comic strips, which he says reach 57 million readers in 80 countries each day. 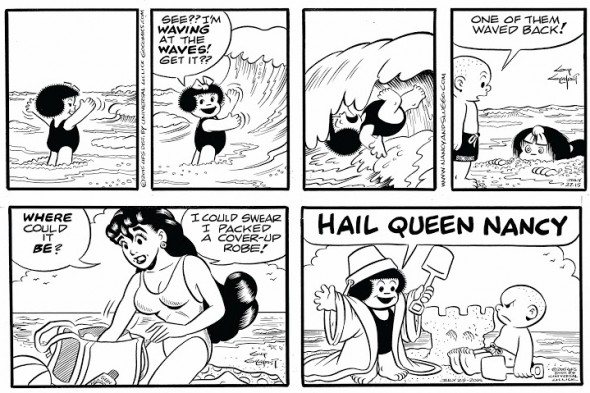 Gilchrist, who is also a singer/songwriter and a motivational speaker, got his start as a cartoonist in the 1970s for Weekly Reader, a private learning resource made available to schoolchildren. In the early 1980s, Gilchrist caught a career-changing break. He had heard from a friend and mentor, cartoonist Mort Walker, creator of “Beetle Bailey” and “Hi and Lois,” that Jim Henson was having difficulty finding an illustrator for a syndicated comic strip he planned to launch. As part of the evaluation process, Henson’s team for The Muppet Show asked the Gilchrist brothers to submit cartoon strips featuring the various characters from the half-hour variety show, such as the ringmaster Kermit the Frog, the vaudevillian Fozzie Bear, and, of course, the incomparable Miss Piggy.

“I went home and drew twenty-five cartoons with jokes in one night and sent them via courier to Manhattan—it cost me an arm and a leg,” he says. “They liked the idea that I wrote.” But the hiring process proved to be slow. 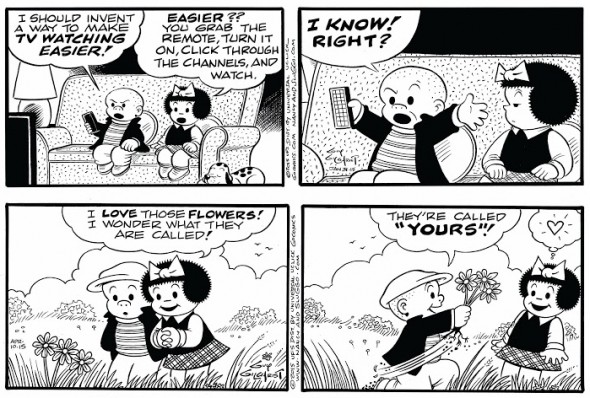 “I kept sending stuff in for a year,” Gilchrist says. “I figured until somebody tells me they filled the position, I’d just keep sending stuff in. When they finally called me, I had had the job for a month and nobody had told me!”

There was one caveat: Gilchrist still had to interview with the man himself—Jim Henson.

“They brought me to Manhattan, and I stayed at the Waldorf [Astoria Hotel] for a week,” he says. “Jim wasn’t there yet, but I got to see all the Muppets. They gave me a Betamax in 1981—nobody had those back then. And they gave me every Muppet Show on tape, and I could finally freeze-frame all those characters.” 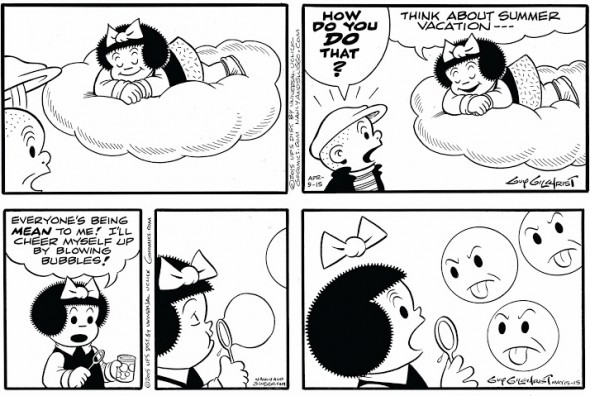 At the end of the week, Henson flew in from London where he was filming The Great Muppet Caper to meet Gilchrist.

“Your drawings were wonderful, and they were really good. But they weren’t great,” Gilchrist says, doing a spot-on Henson impersonation. “And I want them to be great, and you want them to be great.”
Then Henson did something that surprised Gilchrist. He raised his hand up and wiggled his fingertips toward the cartoonist’s face and spoke to him as Kermit the Frog.
“I talked with Kermit for a while, then Jim took out a piece of paper and drew his hand. Then he drew Kermit over the drawing of his hand, and suddenly, I got it—we weren’t drawing black-and-white lines on a piece of paper; we were drawing personalities and we had to embody all the life and silliness and color and movement that was The Muppets.” 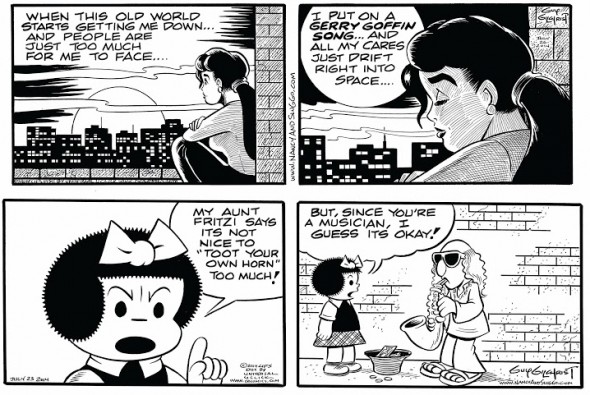 One of the many lessons Gilchrist learned from Henson, whom he calls “an amazing CEO,” is to bring love and balance to your work.

“Jim was a light to the entire world,” Gilchrist says. “Everything I’ve ever worked on has been with the goal of making people smile. And there’s never been any hatred in any of the characters I’ve ever worked on—even Statler and Waldorf love Fozzie Bear, even though they heckle him. Every character I’ve ever done, in their own real way, they’re making the world a better place the way God told us to.”