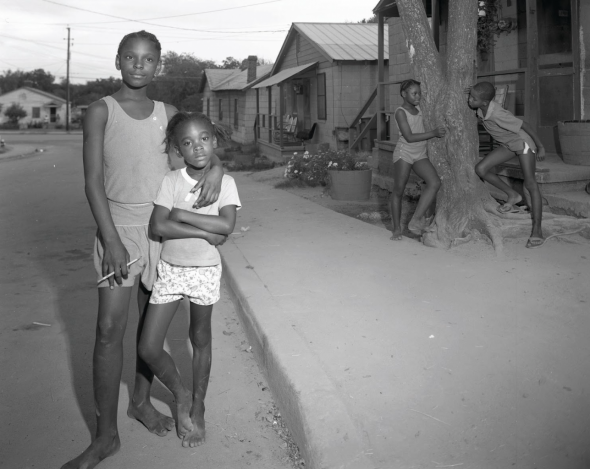 In much the same way that Walker Evans and Dorothea Lang brought to light the human stories of the Great Depression, Baldwin Lee’s Photographs of Black Americans in the South provides a revelatory glimpse into the lives of African Americans in the rural South during the early 1980s. This hauntingly beautiful body of work, encompassing portraits, landscapes, and interiors, is a deeply empathetic portrait of an unseen world and a poignant meditation on the dignity and resilience that is at the heart of the human condition.

The project had its genesis during a road trip that took Lee—who had studied with both Walker Evans and Minor White—from Knoxville to New Orleans, documenting what he saw along the way.

“In the 1980s, as an Asian American male in my thirties carrying a large tripod-mounted camera on my shoulder, I was an uncommon sight in the communities in which I chose to photograph,” says Lee. Although he may have been an out-of-the-ordinary presence in these small towns, he had no trouble establishing a rapport with his subjects. “I would estimate that out of twenty people w
ho were asked for their permission to participate in being photographed, nineteen would accede.”

Lee’s approach to the project and photography in general acknowledges themajor role that chance and serendipity can play in capturing a great image. “I would approach people who I thought embodied some aspect of physical grace in their posture, gesture, or expression and ask for permission to photograph,” says Lee.

“Of course, as soon as my introduction was made, the attributes . . . would vanish. I would therefore . . . ask that what constituted the physical grace be re-enacted” with “no way to predict the outcome. 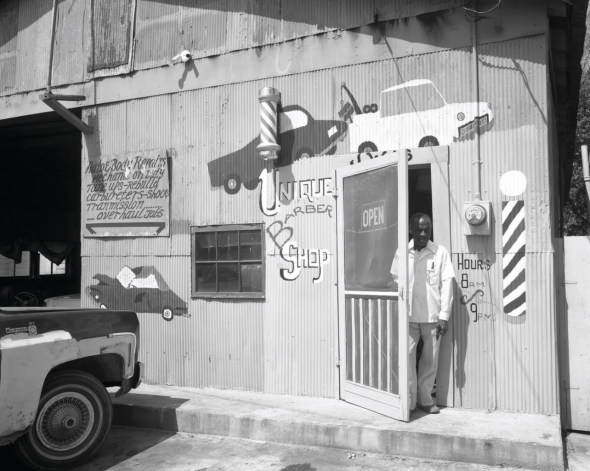 “The great American photographer Diane Arbus said that she never took a photograph she intended; they turned out either better or worse. She was right, and there was nothing more satisfying and surprising when in the rare instance it turned out better. The photographs that are included in this exhibition were surprises to me that exceeded my expectations and intentions.”

In retrospect, Lee considers Photographs of Black Americans in the South to be the finest work of his career. “ The ambition to produce good work cannot be fulfilled through conscious intention. Only through the passage of time can it be determined if something done has merit. In reflecting on the trajectory of my career, it makes sense to me that the work I did prior to my project in the South was . . . laying the necessary groundwork.” 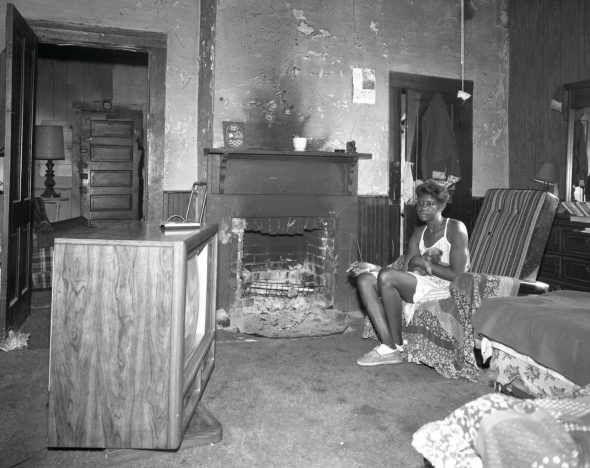 Lee’s approach to photography throughout his career has continued to insist upon the impossibility of preconceived outcomes in the creation of images. “To make a photograph that meets already established criteria for success is to demonstrate the path to boredom. If success can be defined . . . the possibility of a significant aesthetic experience is denied. It is essential that a work succeed in new ways so as to redefine an already known content,” says Lee. “A successful work enlarges the breadth of experience of its maker and audience.”

Photographer Baldwin Lee’s exhibit at the Tennessee Arts Commission Gallery, Photographs of Black Americans in the South, will be on view through September 18. For more information, visit www.tnartscommission.org.