“When I was a little Mexican, running around the deserts of Arizona, there was always this mystique about tall, white men with gray hair running industry . . . running the military . . . running academies and colleges. And they deserved your respect. And in the military, that idea fell apart. People are screaming in my face, telling me what to do. And telling me things that I just don’t believe.” 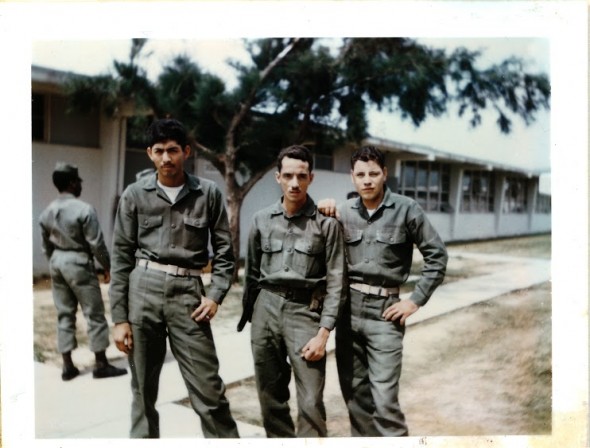 From On Two Fronts: Latinos & Vietnam, the quote is the prime chunk of the documentary’s theme.

Through the glossed-over history of Chicanos struck by the Vietnam War, NPT viewers are shown that the deadliest war machine is war itself. Cherry-picked for armed service, the lower-income and under-educated populace were the preferred wearers of dog tags on the front line, and their immense patriotism made them proud at first. But as the body tolls rose, and the sanctuary of college deferments was offered only to white counterparts, the stories of the Morenci 9, POW Everett Alvarez Jr. and political activist Rozalio Munoz—whose draft date is Mexican Independence Day—helped launch an impeccably-timed protest against a war that could not be won.

Mylène Moreno does a great job at keeping the film from being too depressing. Ignoring its own description, the story doesn’t actually have a human anchor, but keeps a stable of subjects to hold your interest. The mellowed music of Chicano Batman looks for the silver lining to history’s gray clouds. The camera work has shots worthy of a postcard, with locations ranging from Morenci, Arizona, to the foggy blankets over the Gulf of Tonkin. After hearing about the violent past, it is the absence of violence that really hits the viewer.

A documentary about the civic pride of Hispanics during Hispanic Heritage month: What could be a better fit?

On Two Fronts: Latinos & Vietnam will premiere September 22 at 9 p.m. on NPT. The documentary is being presented as part of both PBS Stories of Service programs and NPT’s Hispanic Heritage Month. For more information, visit www.npt.com.