The cowboy is a uniquely American hero, a sort of cultural shorthand for our core values. Tough, independent, and hardworking, he reflects our vision of our best selves back at us, and we bask in the nostalgia.

Frederic Remington (1861–1909) and Charles M. Russell (1864–1926), were the two finest artists to chronicle Western frontier life depicting the cowboy lifestyle at home on the range. 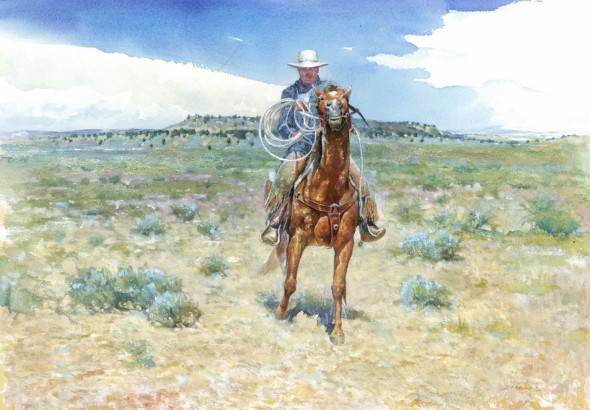 And in the tradition of Remington and Russell, Tennessean Jim House’s paintings, often illuminated by the glow of the moon or campfire, are informed by first-hand experience of the cowboy life. Like so many before him, he was lured to the West as a youth, landing first in Red Feather Lakes, Colorado, in his twenties.

“I wanted some adventure in life,” House says. “I didn’t just want to go work in a cubicle.”

Wiry and soft-spoken, House delivers his life’s history with a honeyed Southern accent. For six years he worked as logger, steelworker, ranch hand, and carpenter. At one point he labored at a Nevada gold mine, a place he describes as “seventy-two miles from the nearest Coke machine or pay phone and so cold that after twelve- or fourteen-hour days we’d have to thaw out the water lines so someone could have a shower.”

While House would go on to capture the lean and agile form of the cowboy in oils and watercolor, this would come much later. There was no money or energy to spare for painting after performing manual labor all day. 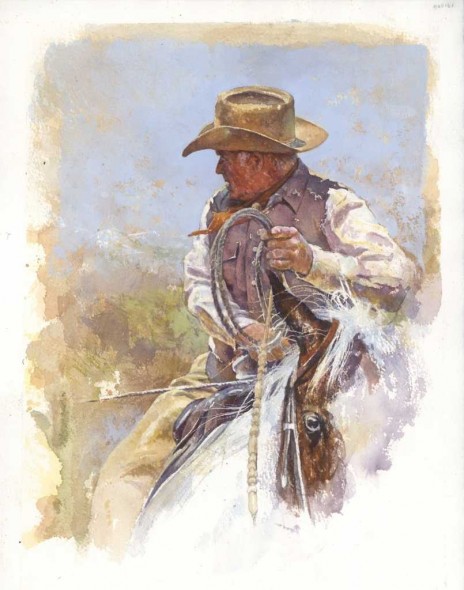 The artist grew up in 1950s Tullahoma, Tennessee, home to the Arnold Engineering Development Center. Instead of ranch life, he was surrounded by engineers testing jet engines. As he played cowboy games and rode ponies, the images of the Old West ignited his imagination. The 1950s were the age of the cowboy, bookending the silent era of Western films, which began in 1903 with The Great Train Robbery, with films such as 1952’s High Noon.

As he watched Westerns in his local theater, he nurtured a childlike faith in the Old West’s heroes of the saddle and was transported to a magical landscape of mountains and desert. “There was something intriguing to me about it, the genre,” he says. “I think it’s out of our normal life. It’s a connection to the past.”

After graduating from high school, House studied at the Art Institute of Fort Lauderdale. There, the curriculum was focused on commercial art, while he wanted to study portrait painting. So he switched to the University of Tennessee and, in another quirk of timing, discovered that the focus there was on abstract art.

This was the 1960s and 70s, and House was culturally out of step. He says, “You were somewhat ostracized if you wanted to paint realistically in college. You were looked at as slow or behind the curve.”

Then fate intervened: a fire destroyed his art portfolio. He’d hit awall. And that is when he headed west, where there were no walls, but only vast expanses of space. There House began working with people who transported horses and handled mules. 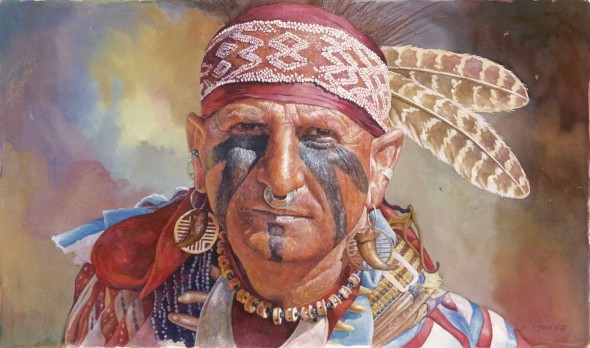 He explains: “They were just these tough people. A mule dragged this friend of mine around the whole paddock in the Rockies. And he was just torn up. I said, ‘I don’t know why you didn’t let go.’ And he said, ‘If I had let go, that mule would have never learned.’”

This first-hand observation gave House an understanding of that strong, silent type so often portrayed in Western films. “There’s a cowboy code,” he says. “They don’t put up with a lot of bull or people bragging.” 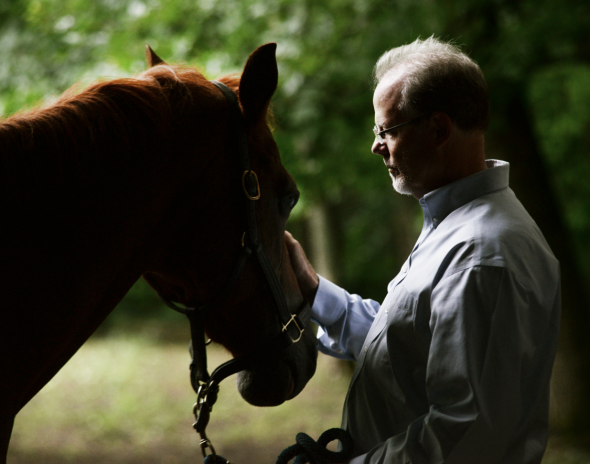 During his years on ranches and at a gold mine, House may have been working alongside cowboys and laborers—at one point standing high on steel girders in rain and snow—but he held on to his dream of becoming an artist. “I couldn’t let it go,” he says. “I’d be watching things and thinking, God, I wish I could draw that.”

He ultimately followed his internal artist, first moving back to Tennessee and working as a commercial illustrator. But today, after taking many workshops through Cowboy Artists of America, he has shifted to painting exclusively, the Old West’s nostalgia, which seeps out of his brush.

House uses watercolors to alternately imbue his paintings with clear light and mysterious haze, and works such as The Cottonwood’s Top Hand take on the nuances of Andrew Wyeth’s paintings of laborers. When he works in oil, House is able to render the lonely, dark hours of ranch life. For his oil painting entitled Cold, Dark Morning at the Cottonwood he won the 2014 John Steven Jones Purchase Award.

Beyond capturing the nuances of Western light, House captures gesture, explaining: “Fifty or one hundred years ago, with Remington and Russell, there was more gesture in their work. We rely more on the camera now, and we don’t get the way a cowboy stands or the way a construction guy stands.”

Rather than calling his work ‘romantic’, a word used to describe the art of Remington and Russell, House considers it ‘gritty’. He even goes so far as to compare the experience of painting to riding a mule.