by Jane R. Snyder
How does an artist fascinated by the dramatic oil paintings of seventeenth-century Flemish master Peter Paul Rubens and the fastidious work of American illustrator Norman Rockwell wind up creating bold portraits of Grammy-winning rock stars? According to Michael Damico, it’s all about values. Not ethical ones—although the painter surely has those—but artistic ones that he applies to stretched canvases in his sunny, music-filled studio in Franklin, Tennessee.

When asked about his passion for faces, the artist closed his eyes for a few moments, then answered thoughtfully. “I honestly don’t know what brought me to portraits—it’s a really complex puzzle. During college, I just got obsessed with cracking the code. Every portrait you do is a new puzzle. I got obsessed with how to describe form and shape on a two-dimensional surface.” 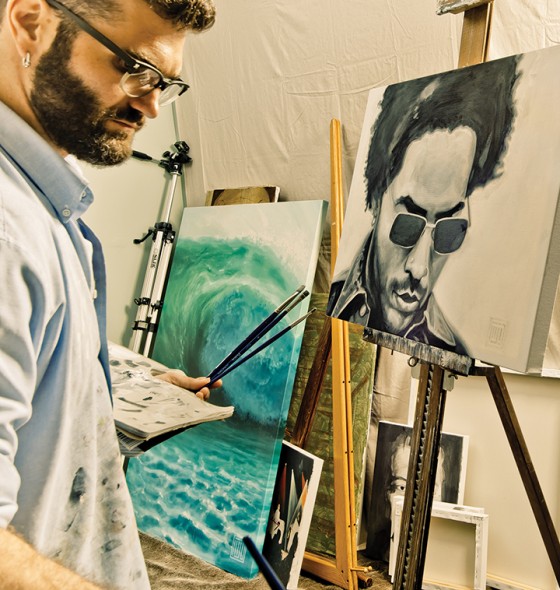 Michael goes out of his way to find reference materials that reflect “more unusual poses” of his subjects. But because “people instantly recognize popular icons” these photographs are only a starting point for him before he moves forward to build each face one brushstroke, one drizzle, or one splash at a time.

In our instantaneous, social-media-ruled world where images of popular icons prevail, does painting to the public’s bar of knowledge of popular culture make the artist’s job more difficult?

“I think that prevalence has an opposite effect. The more frequently people are exposed to images the more the brain can identify what it is. A few dots with a line below, the mind can immediately identify, oh, that’s a face. We are always finding faces in everything. What happens is you end up with a lot of bad representations of people, but the public can identify them because they are so familiar with that face. If the components are even close to the spot, proportion, or orientation, oh yeah, that’s Jim Morrison!” 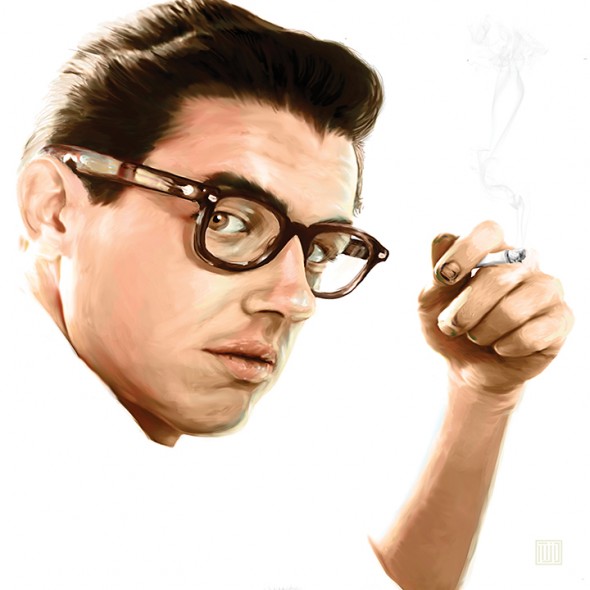 Whether a painting of his own subjects or a commissioned piece, Michael’s canvases jump over the public’s bar of recognition like an Olympic hurdler. To identify his subjects is easy, and, if you look very carefully, some portraits even include song lyrics or poetry written by the celebrities he renders. This text may be just a subtle part of “the underpainting,” but that doesn’t lessen their impact as compelling facets of the talented icons on his canvases. The sizes of his paintings vary but their bold presentation does not, as is evidenced in his portraits of Jimi Hendrix, Marilyn Monroe, James Dean, and many more. 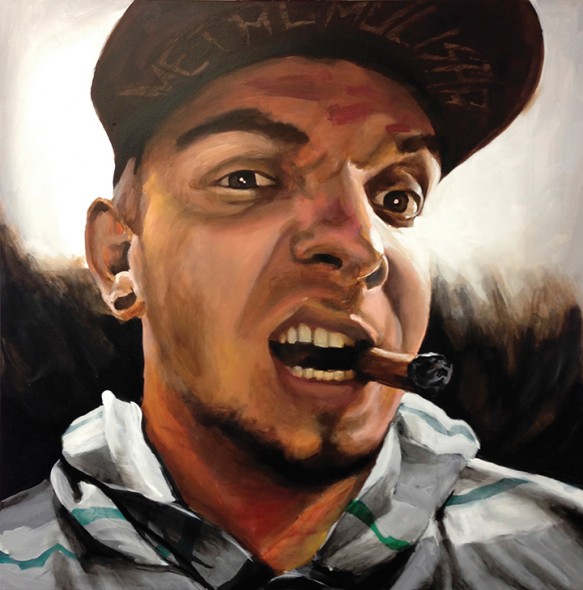 “I’ve been painting a lot of the pop figures from generations behind me,” he explained. More recently, Michael has moved on to portraits of notables beloved by his own generation—people like Pink and Bradley Nowell, the late vocalist for the ska punk band Sublime.

Michael’s forthcoming show (October 3–31) at the Janet Levine March Gallery in the Gordon Jewish Community Center (www.nashvillejcc.org) will feature selected works in black and white as well as color. On Wednesday evening, October 7, an opening reception from 7 to 9 p.m. will provide a perfect chance to see if your favorite icon is among them. You can see Michael’s work at www.facebook.com/damicogallery.