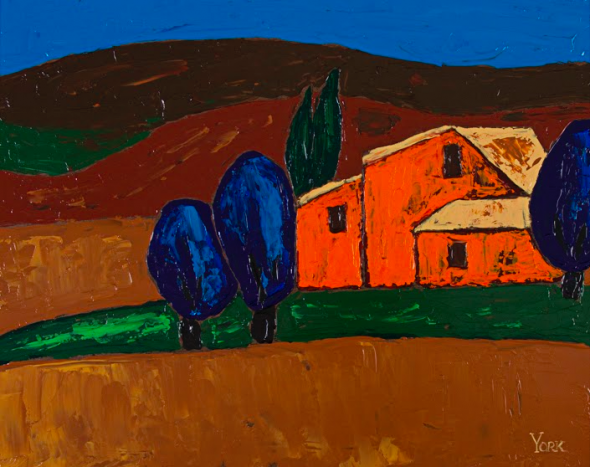 Having collected art for many years, I have found that most paintings I buy are based on colors and their relationship to one another. Being in the recording studio over time, I began to see certain colors in relation to the notes of the music; this is called synesthesia. Although colors are not present every time I hear sounds, they have appeared many times when I was producing a record. Colors have always lifted me and made my world happier. With a song you like what you hear and you feel it, and with a painting it’s like what you see and also feel. Collecting over the years, I have bought many Ron York paintings based primarily on my reaction to the colors. 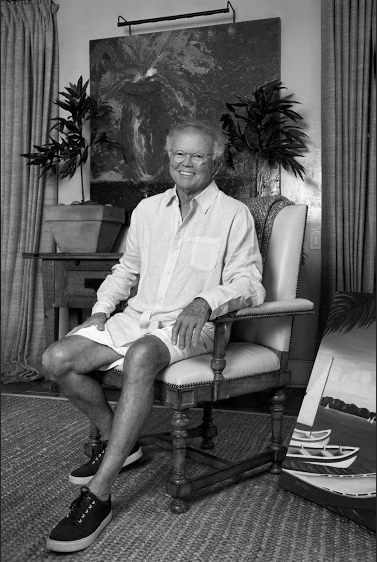 ARTIST BIO: RON YORK
As a self-taught artist, York has found success with his colorful, whimsical acrylic works on canvas and board. His art can be found in the collections of Pinnacle Bank, the Nashville City Club, Belmont University, First Baptist Church (Nashville), Avenue Bank, Volunteer Bank, Tom Collins Productions, Le Bonheur Children’s Hospital (Memphis), celebrities Kelly Clarkson, Vince Gill, and Keb’ Mo’ to name a few, plus other private collections here and abroad. Although a fervent painter, York has also owned and directed galleries since 1990. His York & Friends Fine Art currently represents forty-five local and regional artists. The main gallery is in the Belle Meade area of Nashville with an additional art venue at Market Central in Memphis. www.yorkandfriends.com