This month OZ Arts continues to expand Nashville’s art experience as it hosts When the Wolves Came In, a 75-minute dance performance by New York choreographer Kyle Abraham that not only speaks to the 150th anniversary of the Emancipation Proclamation, the 20th anniversary of the abolishment of apartheid in South Africa, and the continued violence and discrimination since, but talks back to these events by questioning how far we’ve come. “Abraham goes beyond reflection,” OZ Artistic Director Lauren Snelling says. “Instead, he challenges us to reexamine defining moments for international civil rights through a trio of dance works spectacularly performed by his company, Abraham.In.Motion.” 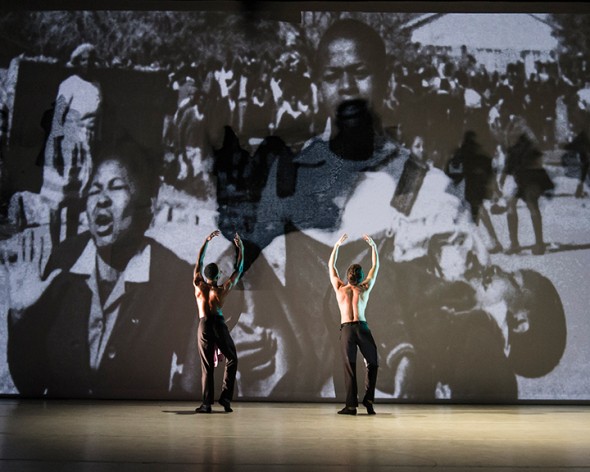 It’s an important distinction, according to Abraham, the difference between speaking (which implies an audience but not necessarily a conversation) and talking back, which requires a conversation. “I think we have a long way to go, but I think people feel safer to speak, which I think is a large part of it,” Abraham says and adds that one blessing of everyone having camera phones is “now people are able to show injustice in a somewhat safer way than in the past.”

For his latest show, Abraham, a self-deemed “old soul” and MacArthur Fellow, combines jazz and hip hop in an incredible and dynamic performance set to music composed by award-winning jazz pianist Robert Glasper and backed by the stunning and evocative scenery of visual artist Glenn Ligon.

The conceit musically and thematically for When the Wolves Came In was derived from drummer and composer Max Roach’s 1960 album We Insist! Max Roach’s Freedom Now Suite. The textured, drum-driven record, which is at times direct and at others more metaphoric, with some of the sections sung without words, as if language simply falls short sometimes, was inspired by and a part of the Civil Rights Movement. 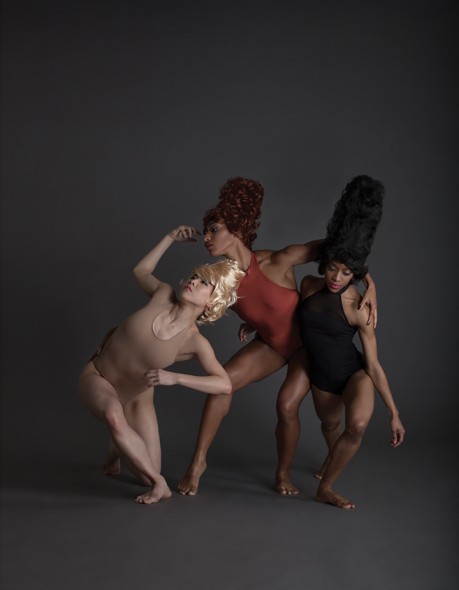 Abraham, whose work strikes a similar balance between direct and abstract, doesn’t remember exactly when he first listened to Roach, but has always loved jazz and used Roach’s “The Drum Also Waltzes” and other songs from Drums Unlimited to begin work on his project before collaborating with Glasper to produce an interpretation of Roach’s Freedom Now Suite that features a certain amount of hip hop-inspired improvisation that plays well to the choreography.

At times dancers don oversized beehive wigs, which Abraham says he’s often asked about but is more interested in leaving open ended. Even if just for the aesthetic, the cartoonish wigs juxtapose nicely with, as The New York Times puts it, the “lush movements” and smoky, sometimes ominous-looking scenery.

Abraham’s favorite piece and “the quietest dance of the three,” he says, is “Hallowed.” “I think they get it,” he says of Southern audiences in particular. “It’s inspired by lynchings and a lot of the heinous stuff that’s happened around the world. It’s about those emotions that are stirring on the inside that you’re too scared to verbalize.”