“I am here working and already calculating how I will fashion lovely things when I return and wage furious competition against other jewelers who, on seeing one of my gilt objects, will have fits of dizziness, convulsions, and other similar symptoms such as are usually produced by jealousy and rage.”

So said gifted and prodigious Lluis Masriera in a letter home to Barcelona in 1890. The third generation scion of the family known already for producing exquisite jewelry and art (the family jewelry-making business was established in 1839 by his grandfather) was studying at the time with the enameling master F.E. Lossier in Geneva, mastering the painstaking techniques the company still uses today. 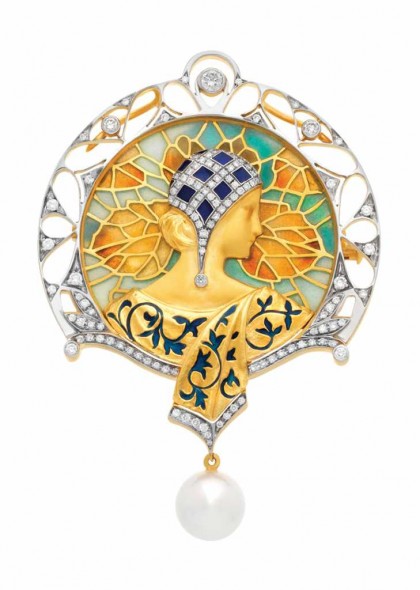 Lluis proved himself a master, and his work came to be deeply associated with Catalan Modernism, recognized today as a variant of Art Nouveau—beginning with his first collection in 1901. He would later adopt the Egyptian Revival styles associated with 1920s Art Deco, blending the two for an astonishing collection of much lauded, vividly colored jewelry using intricate goldsmithing techniques, enameling, and precious stones.

Lluis passed away in 1958, after merging his business with the Carrera Brothers back in 1915. By 1985, the entire business had been purchased by another gifted Barcelona-based jewelry-making family, the Bagués brothers. Now, his complete legacy lives on with the still-enduring Masriera collection from Bagués-Masriera. 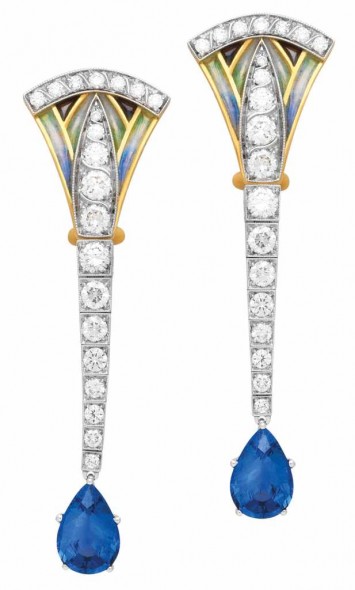 The Masriera line is available at E.J. Sain in Nashville, and U.S. representatives Sally Lake and Jeff Ockunzzi will be here December 10–12 to show it in detail.

Lake says part of what makes this line special is that everything is still done by hand, the old-fashioned way. At the dawn of the twentieth century, the Masriera family took the unusual step of making original molds or dies for their pieces, as they did for the silverware they made. Likewise, it’s still possible for today’s expert Masriera smiths to duplicate the originals—along with working using Lluis’s many original drawings.

Each jewel takes some six to eight weeks to individually cast, enamel, and set, by jewelers and enamellers who’ve received three years initial training, then another four specific to Masriera’s work. The enameling is of especial interest: Lluis was a trained painter, and the enameling looks as though it’s a painting itself. The enamels utilized are proprietary, based on Lluis’s original formulas. 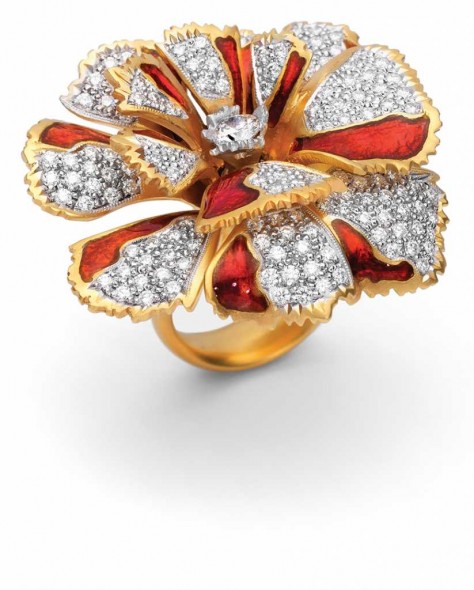 That process requires heavy gold, 18 karat (later washed with 24 karat for added softness of color) to temper through between ten and fourteen individual firings. This strengthens the piece, as well as gives it the distinctive beauty and intense hues the works are known for.

A decade ago, the company went to the city of Barcelona, says Lake, and began to work to revive the old artisans’ guild so that this kind of training and tradition will not be lost.

Nothing Masriera does is mass produced, unlike so many major jewelry companies today. There is great value in that labor.

“Lluis made many rings,” says Lake, “and we market fifteen to twenty periodically for wedding or engagement, using more colored stones as they did in his time. There really is a timeless beauty in them. Each piece is touched by ten, twelve different artisans as it’s created.” Some of this production process can be viewed online at the company’s website. 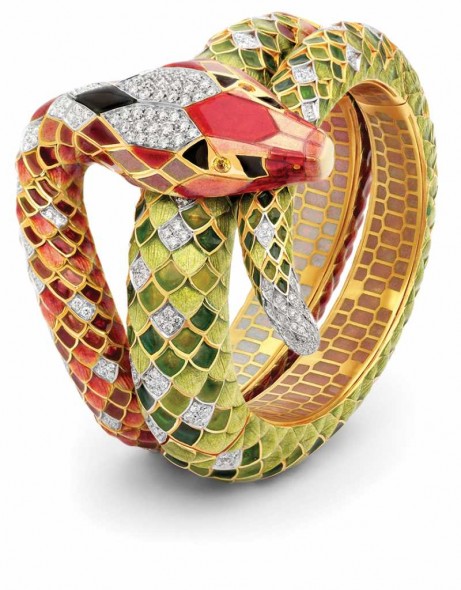 Each piece by Masriera shares a sense of the romance and artistry of the early twentieth century, its rich, subtle colors, its flowers and leaves that look painted, drawing wearers to specific jewels.

Sally Lake compares their one-of-a-kind appeal to the lure of mechanical watches in a high-tech market: not only are they gorgeous, but they speak to craftsmanship uniquely in an era fraught with mass production and duplication.