Phantom Bodies: The Human Aura in Art is the culmination of a curatorial conversation about representations of the human body in art that began in 2009 with Paint Made Flesh and continued with Fairy Tales Monsters and the Genetic Imagination in 2012. Taken as a whole the three exhibitions provide an expansive look at ways in which artists have portrayed the body through the physicality of paint; through myth, folklore, and genetics, and finally through the mind’s relationship to the body and its spirit. 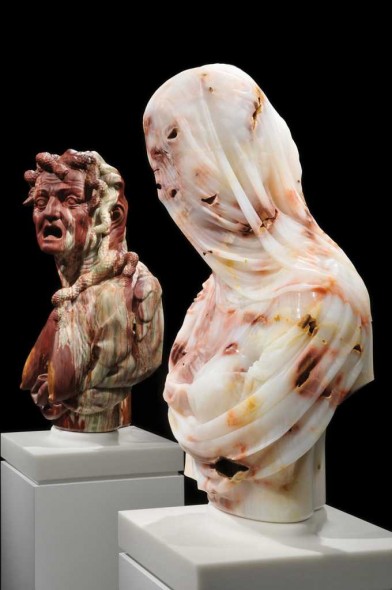 “Phantom Bodies is concerned with conveying the sensation of the absent body,” says  curator Mark Scala. “The title comes from the phenomenon of the phantom limb, the feeling that a body part that has been removed is still present.” Scala, who curated all three exhibitions, says that as he developed this exhibition he discovered artists who were using their art to not only explore death and loss, but to address larger questions at the root of our humanity such as “spiritual forces that extend out into the world through the body and may transcend the physical.”

Concepts such as these at the very core of art in Scala’s view.  “Since early on, art has been used to give form to invisible forces within and outside of ourselves, to trigger memories, to metaphorically deny death by eternally freezing a simulation of life. Art may be thought of as the phantom memory of culture, connecting people and ghosts across time and space.”

Many of the works in Phantom Bodies reference violence or may contain actual traces of violent acts.  About these works Scala says that, “an object’s history of violence makes its aura more keenly felt. Our greatest empathy lies with those who have suffered the traumas that we most dread.” 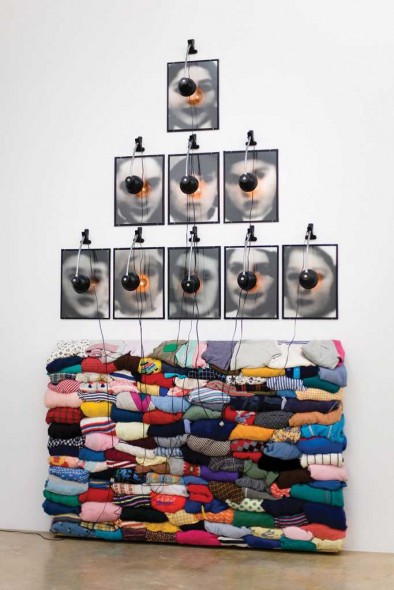 One such work is Teresa Margolles’ Lote Bravo, a sculpture of stacked rough-hewn bricks fashioned from sand take from an area of Ciudad Juárez where the bodies of many murdered women have been recovered. At first glance, the work appears to be an imposing minimal sculpture, but when one becomes aware of the fraught nature of its materiality the work is transformed into a deeply evocative meditation on murder, violence, and loss.

While the deeper content of this piece may be elusive to some viewers, Scala feels that it references universal forms in a way that provides clues to this content: “Many tributes to the dead have been in the form of stones or bricks. Without our knowledge of the specific motives for the creation of these edifices, we can still feel… their…“ mute power as eternal markers of grief and memorialization. Margolles’ minimal treatment of the bricks encourages the viewer to think about the anonymous (to us) women whose DNA may be present in  the clay, not the skill it takes to make bricks, or to make art.”

Some of the most striking images in the show are Deborah Luster’s portraits of female prisoners in holiday costumes taken at the Louisiana Correctional Institute for Women in St. Gabriel.  “Convicts are already the living phantoms of society, forgotten and invisible,” says Scala. “By being photographed in disguise, the women retreat deeper into the protective veil of the phantasm.” 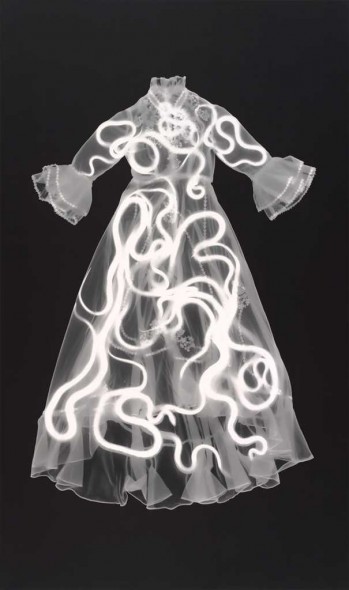 These haunting and macabre photos were motivated by the brutal murder of Luster’s mother when the artist was a child.

“The murder traumatized her for years,” according to Scala, “but eventually inspired her to go to different prisons to learn the stories, build rapport, and convey through photography the humanity of people who commit crimes.  An expression of deepest compassion, Luster’s project honors the memory of her mother in a very moving way, giving her, in her words, a way to ‘touch the disappeared.’”

Phantom traces of the body embedded in the earth can be seen in Ana Mendieta’s Volcano Series No 2 where the artist formed a body-shaped cavity in a mound of earth, then destroyed it in an eruption of fire and smoke. Like this site-specific sculpture, much of Mendieta’s work was ephemeral—exploring issues of feminism, sexuality and spirituality while navigating the nexus between land art, performance art, and body art. In the video Butterfly, “She filmed herself with iridescent wings—symbolizing the ephemerality of life—transformed into pure colored light,” says Scala. “Both works convey the notion of sublimation, literally referring to the passage of a solid into a gas and metaphorically indicating the union of the human soul with the forces of the universe.” In the art world, Mendieta has an almost mythical status derived from her childhood as a Cuban immigrant, the shamanic nature of her work, and her tragically violent death in 1985, and in many ways her biography echoes the themes addressed in Phantom Bodies. 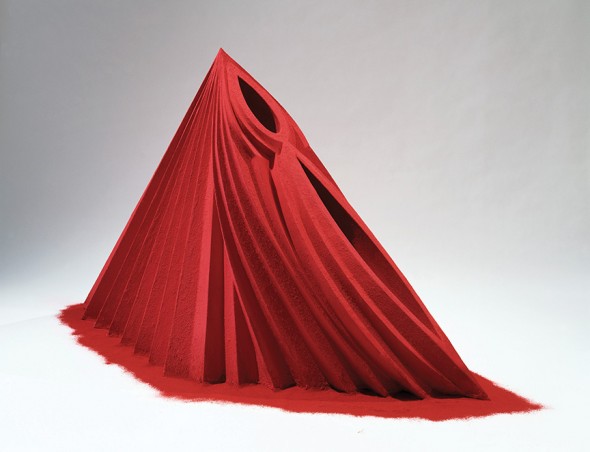 Many of the pieces included in Phantom Bodies evoke a poignant otherworldliness, as if the artists have, in some enigmatic way, breathed life into inert materials. Alicia Henry’s Untitled (Brown, Red, White, and Blue) is one such work that “seems to be mysteriously sentient,” in Scala’s view.  “The installation of body shapes and masks, made from skin-like materials that are often sutured to suggest wounds and healing, conveys a timeless stoicism that may be seen as a response to personal pain or racial injustice.”

Loss, longing, and the desire to memorialize those who have preceded us in life are universal experiences that for eons have given rise to the unknowable questions of the afterlife.  Phantom Bodies is a fascinating look at how contemporary artists are addressing such issues. Frist Center Executive Director Susan H. Edwards describes the work in the show as “aesthetically, viscerally, and intellectually profound…We are pleased that Mark has identified artists from our community and region to include with some of the most renowned and provocative artists working today.”

“The idea of a vestigial presence-in-absence can speak to anyone who has sought internal compensation for loss,” says Scala. “There is something in this exhibition that I hope every visitor will find to be of value.” 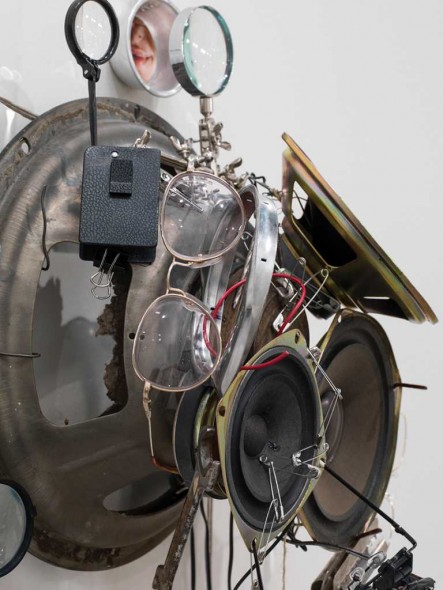 Phantom Bodies: The Human Aura in Art will be on exhibit at the Frist Center for the Visual Arts through February 14. For more information visit, www.fristcenter.org.