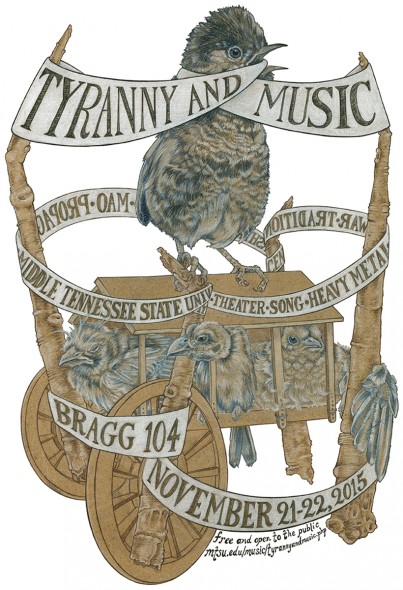 2015 marks the 200th anniversary of Napoleon’s defeat by the allied forces at Waterloo, the 150th year since John Wilkes Booth shouted “sic semper tyrannis” after assassinating President Lincoln and the 800th year since the creation of the Magna Carta, perhaps the first English resistance to tyranny. In recognition of this important date, the School of Music at Middle Tennessee State University is hosting a conference dealing with the complicated relationship between powerful rulers and the music created to resist, support or just react to a real or perceived oppression.

Dr. Mei Han, director of MTSU’s new Center for Chinese Music and Culture and an ethnomusicologist specializingin Chinese music, will deliver the keynote address, “Battling the Typhoon – Weathering Political Storms in Maoist China” at 11:15 a.m. Nov. 21 in the Bragg Building. The contemporary music ensemble aTonalHits will perform “Music under the Soviet Regime” during a free lecture/concert at 5:45 p.m. that day in Hinton Hall inside MTSU’s Wright Music Building.

16 additional scholars from across the nation and Europe will share their expertise on topics that range from  contemporary music to historical contexts and genres. Contemporary topics include Heavy Metal in Egypt, Chosan’s analysis of blood diamonds in the Sierra Leonean civil war and collective memory in the Persian Gulf War songs. Historical topics include the Irish Harp and Cultural genocide, censorship in the Soviet Union, Victor Ullman’s song setting at Terezín, Children’s songs from the Cultural Revolution, and anti-inquisition propaganda in the outbreak of the Dutch revolt.
Much of the “Tyranny and Music” conference, which is free and open to the public, will take place in Room 104 of the Bragg Media and Entertainment Building on the east side of the MTSU campus beginning at 9 a.m. Saturday, Nov. 21.

The complete conference program is available at http://mtsu.edu/music/pdf/tyrannyprogram.pdf.
For details on this and more events in the MTSU School of Music, call 615-898-2493 or visit http://www.mtsumusic.com.
A searchable campus map with parking details is available at http://tinyurl.com/MTSUParking2015-16. 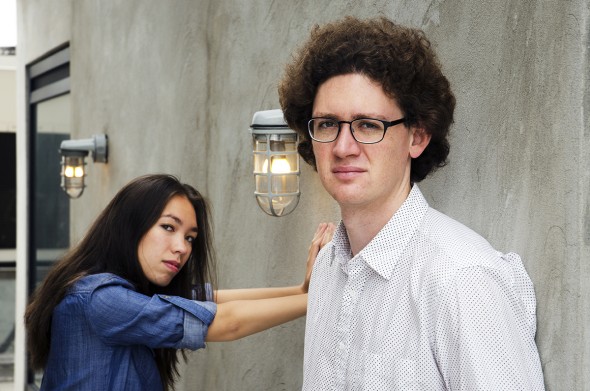 Violinist Katha Zinn, left, and pianist Illya Filshtinskiy comprise aTonalHits, a contemporary music ensemble set to perform “Music Under the Soviet Regime” at a free lecture/concert Nov. 21 as part of the “Tyranny and Music” conference hosted by the MTSU School of Music. (submitted photo)