“I knew I wanted to be a photographer when I was 13, and opened up my own business for it when I was 16, so I’ve known for a while this is something that I want to do for the rest of my life,” says Ingrid Komisar. “I am going to major in photography in college and continue running my business after that.”

Right now, she is working on an incredible number of different projects for both school and her photography business. She is helping a model develop her portfolio so she can get signed with an agency. She is doing an independent study focusing on portraiture. She is taking an advanced photography class, which requires a new project every two weeks. Ingrid photographs all the sports events at USN, and in her own time she’s doing a series in which she includes objects that don’t belong, like a pineapple in a pool or a fish in a bathtub.

“I feel like sometimes people overlook photography,” she says. “Some don’t consider it an art because you are just capturing something. However, a huge part of art is how you capture things. Once you see something a certain way, and you capture it, it’s completely different from the way anyone else sees it. It opens up people’s minds in ways that other kinds of art I don’t think could. I love knowing that my photographs could have the power to change how someone sees something, so I strive to make my work unique.” 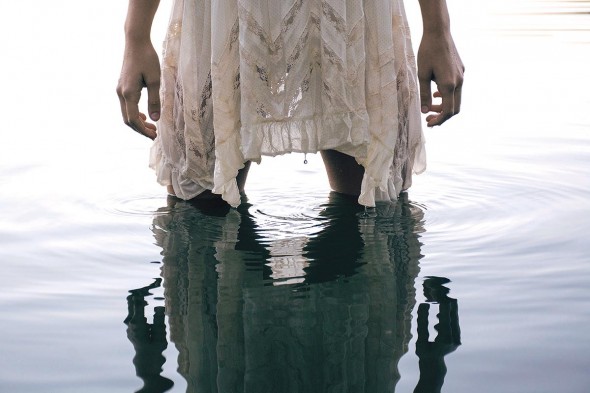 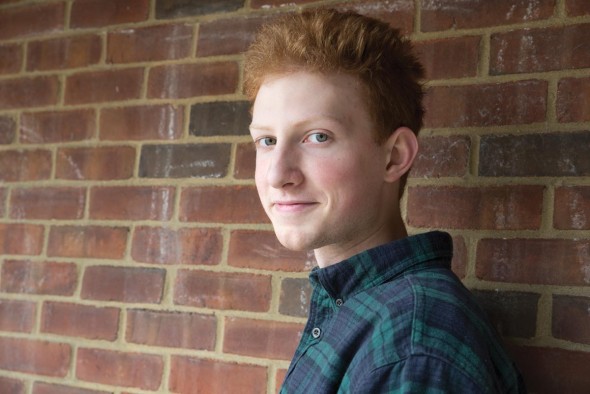 In terms of making art, Ben Werther sees himself as Sisyphus pushing a boulder up a hill every day only to have it roll back down.

“Last year I was doing the same thing over and over again, and I wasn’t thinking consciously about what I was making,” Ben says. “Over the summer I started really thinking about my work and realized that I need to improve upon everything I do. So that’s kind of like pushing the rock up the hill. I don’t mean that in a bad way, but that’s how I see me making art. If I am working on a project and I don’t think it’s better than the last thing I did, I’ll quit. It’s constantly learning and improving. That applies to the concepts behind my work too.”

He takes copious notes and pictures to generate ideas. Television, books, phrases, and imagery he sees on walks inspire him. “It may not mean anything at the time,” he says, “but later I might be flipping through my book and discover a concept.”

Currently Ben is working with graphite, but he also likes sculpture. He’s been making drawings of surfaces that appear three-dimensional and wants to learn to work in more mediums so that he has additional outlets for self-expression.

“I just decided that this is what I have to do,” he says. “Why waste your time doing something you don’t really want to do if you have the option?” 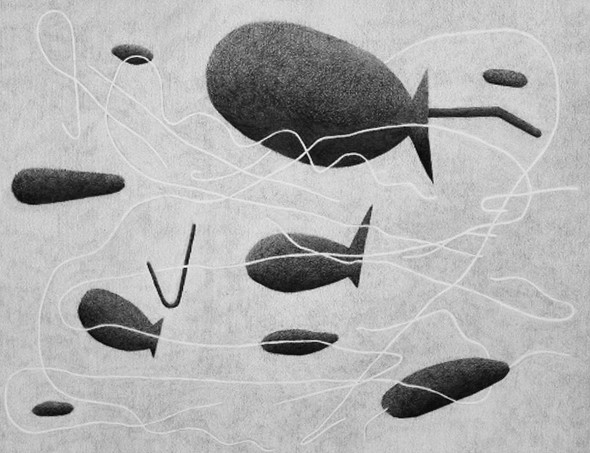 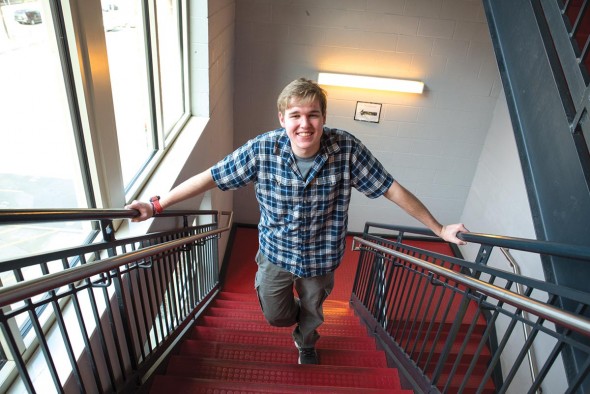 Henry Condon prefers sculpting with clay as opposed to using a wheel to make pots or bowls.

“The entire process of shaping the clay into whatever I want and have my piece turn out exactly as I’ve pictured it is always extremely satisfying,” he says, smiling.

His first exposure to ceramics was in the sixth grade when he started at USN.  He had never considered it before then, but he enjoyed it so much that he started taking every ceramics class he could.

Henry says that he thinks his strengths lie in knowing what he wants to make, and his patience.

“I don’t think there has been an instance where I’ve had no idea what to create, and it doesn’t matter to me how long it will take to finish a piece because working with clay is a total escape,” he says. “I have a clear image in my mind of what I want to make and how to make it. It feels very rewarding when I see the finished piece.”

One of Henry’s goals is to learn additional techniques to make his work even more intricate. He has a lot of tiny tools for detailing, but would like to find more. Henry says he will continue making art, but plans to study engineering in college.

“I really love engineering, and I love my art, and I hope I can incorporate it in some way,” he says. “To me art is more like a hobby and it is very, very relaxing. I love doing it.” 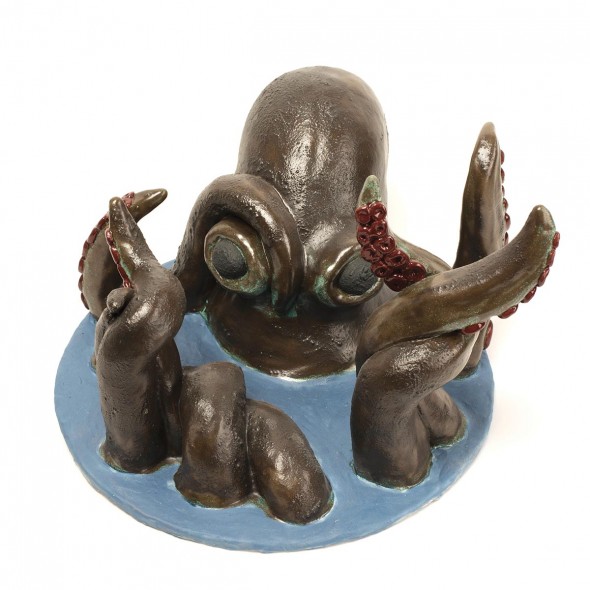 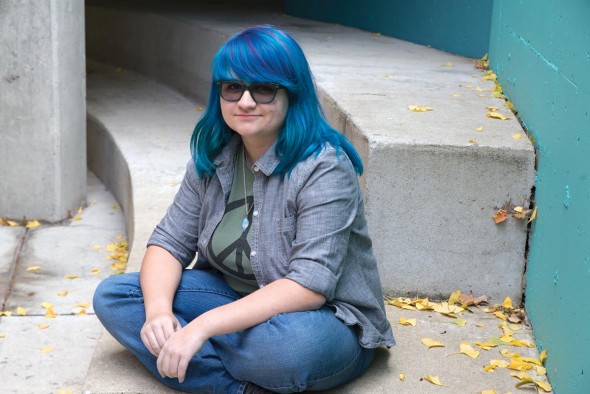 Roxy Haines has been interested in art for as long as she can remember.

“Since my parents are both artists, they introduced me to art early and I have stuck with it,” she says.

Growing up in an artistic environment has given her a well-developed view of art.

“There are so many different artists and styles that I like it is difficult to choose just one,” she says. “I like some of the classical sculptors because of the realism and beauty they can bring to the form. It can look amazingly real but not be correct. I also like Goya because of the raw emotion he brings to his art. You can see what’s going on in his head. And Banksy brings a new light to art, something different with a political standpoint but still very creative.”

Roxy religiously sketches every day, and she likes working with pencil because it is easily and always available. She also does digital work and three-dimensional art with clay and mixed media. Roxy has explored working on comics and with animation and is looking forward to taking an animation class next semester.

She keeps her imagination alive by letting it run free and usually creates characters and stories around each work she creates.

“Like when I am falling asleep and an idea comes to me I write it down and let it flow,” she says. “I don’t push it away.”

Roxy is applying to colleges with programs in animation and game design. 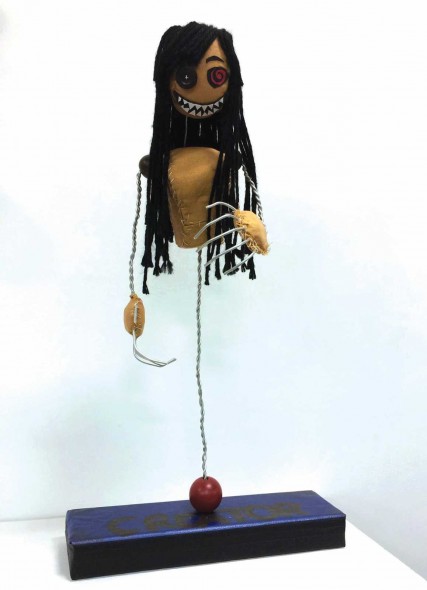