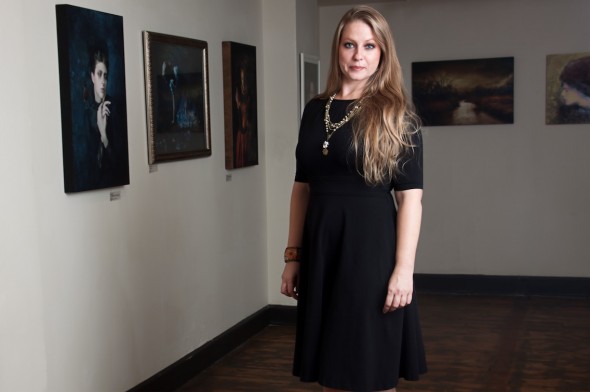 Corvidae Collective is a garden of earthly delights, with a location as unexpected as its wares. Though the other galleries in the 113-year-old Nashville Arcade have all congregated on the second floor, the bright blue façade of Corvidae Collective can be found on the Arcade’s first floor, neighbored by a cobbler and the post office, in a retail space that was the Arcade Smoke Shop for 35 years. 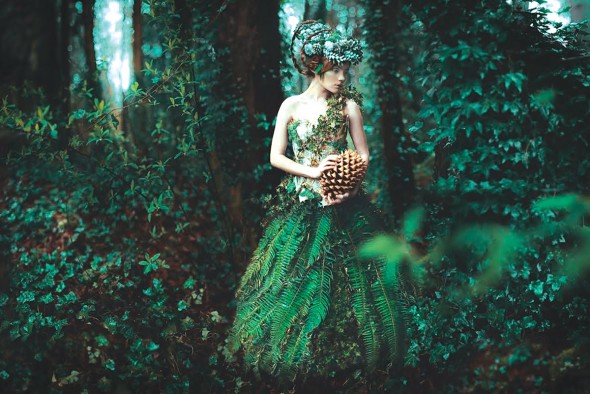 Owner Nikki Gray opened the two-story gallery in April 2014, introducing a bizarre, graphic collection of lowbrow pop surrealist art by established and emerging artists from all around the world, as well as artisan gifts from local crafters.

“It excites me most that the artists have found a home and a community.”

With subject matter drawing from science fiction, fantasy, and pop culture, Gray’s aesthetic for the gallery has always been different from mainstream art, particularly in Nashville. It’s similar to what you might find in Philadelphia’s Arch Enemy Arts, New York’s Last Rites, or San Francisco’s Modern Eden. But Nashville? 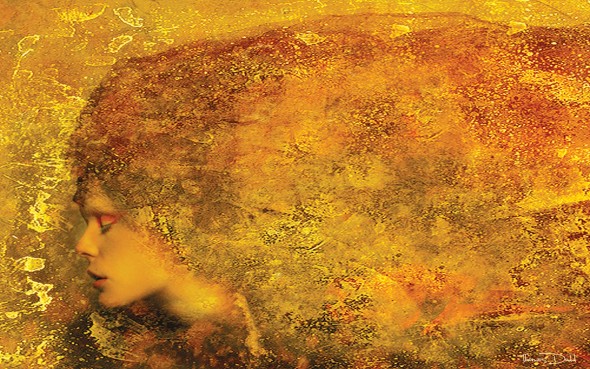 “It seemed Nashville was too closed,” Gray says of those early days, “but it really is a broader aesthetic than I thought. It appeals to more people than I expected, so we’ve been able to grow.”

In the last year and a half, Gray has stubbornly and successfully attracted a sincere, enthusiastic community for fantastical art. Even the name suggests a communal aesthetic: The Latin term corvidae refers to the taxonomic family of intelligent birds that includes crows, ravens, and magpies, creatures that might mischievously store a grand collection of shiny things.

With the original pine walls and a gleaming tiled ceiling, the street-level first floor sells jewelry, small sculptures, and giftables made by local crafters. It’s comfortable, welcoming, like a curio shop without any of the mustiness, the type of weird boutique that encourages passers-by to stay a while. 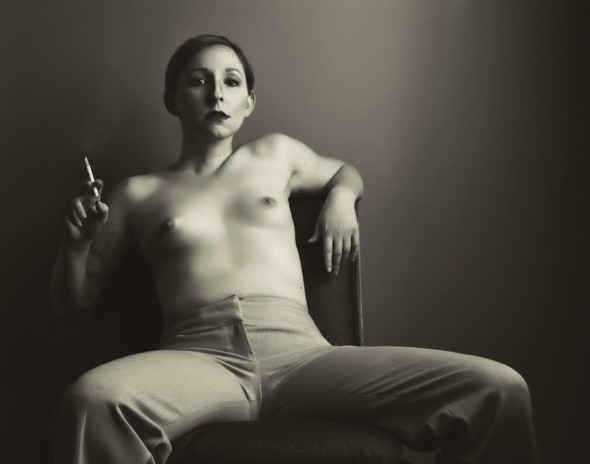 From the first floor, a narrow set of stairs leads up to what feels like a secret attic, where several small rooms are filled corner to corner with fine and commercial art. Images of transformation and change are everywhere, as are the visages of powerful females, from nymphs, sprites, and faeries to other feminine, mystical creatures. Local artist Karen Short surrounds a woman with the cosmos in Stardust. Lacey Bryant’s particularly striking South, an oil painting on a found cabinet door, depicts a young girl disappearing as a flock of migrating geese swarm past her. Stephanie Pui-Mun Law’s ethereal watercolor dreamworlds are soft but far from demure, with female figures appearing as protectors or guardians amid pastel foliage.

“It excites me most that the artists have found a home and a community,” says Gray. “Each of the pieces, while they might be a bit different, has a conversation with the others.”

The upstairs gallery also has a book nook and, at the large window overlooking the Arcade, a café table and chairs for the tarot reader during art crawls. Gray often puts on poetry readings and other literary events, as well as off-site performances and music events.

In December, the gallery will feature Offerings, a show of smaller gifts from local and international artists, perfect for holiday gift-giving. “It’s the only cash-and-carry show we have all year,” Gray says.

In January is photographer Nina Covington’s solo show Machisma. “It’s all about empowering women,” says Gray. “We should be able to walk around looking any way we want to. We should be equal. This is not only going to show you that in visual form but circle back and help the community.” Part of the proceeds from the show will be donated to a local violence and sexual abuse center. This will be the first time the gallery has partnered with a charity to benefit an important cause, and Gray says it won’t be the last.