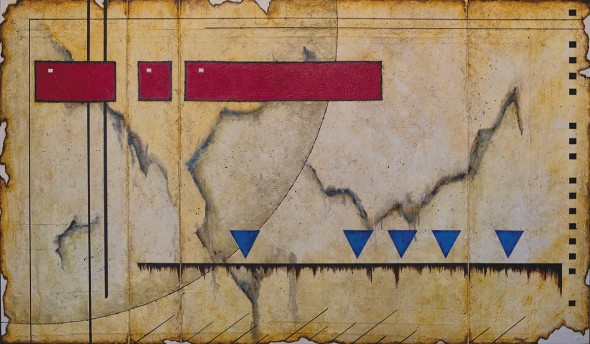 Late in 2013 I began a recording project that eventually became known as Good Road to Follow. It was a simple idea: to record a series of singles with artists, writers, and producers that I respected, and the result was a three-disc set that was released in 2014. I had the realization that my life’s journey has been defined by music spiritually and where I’ve lived and traveled geographically. During the recording sessions I discovered an old Hobo hieroglyph that depicted a crude compass with a directional arrow bisecting it. The Depression-era drifters would scratch it into the dirt or draw it on an old piece of cardboard to suggest a good route or rail to travel. It seemed to be a fitting symbol to represent my musical journey. 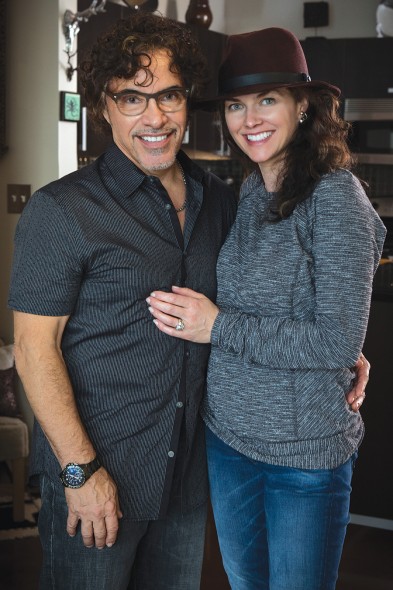 One day after I returned from the recording studio, my wife, Aimee, presented me with a painting that she had discovered in a local gallery. The artist is Chip Herbert, and though I was not aware of his work I immediately felt a strong kinship to it. The symbolism and style were very much in line with the spirit of my recording project. There is a cartographer’s sensibility in the clear and distinct geometric shapes imposed upon a very organic background that resembles a Native American stretched buffalo skin that one might find on the side of a teepee. To me it offers up a very American point of view.

Expansive horizons are grounded and anchored by earth tones, punctuated by blood-red accents. The geometric lay lines are beautifully balanced by the soft, somewhat ragged natural shapes that recall distant mountain ranges with the illusion of virga falling from a warm Colorado sky. The painting fills the wall of my small Nashville writing studio and in many ways is emblematic of the joy and satisfaction that I felt making the music for this project.

Painting had always been part of Chip Herbert’s life growing up in Nashville, Tennessee, and after his academic pursuits in history at Auburn University, he devoted himself to working as a professional artist. He creates abstract paintings with careful consideration of balance, color, line, and shape evoking modernistic style expressions through absolute forms. Rejecting symbolism and representation, Herbert’s work is left to the individual to experience and interpret. The painter has participated in numerous solo and group exhibitions, and his art has been acquired by many private and corporate collections. He is represented by Midtown Gallery and Framers, www.midtowngallery.com.