He spent a happy, animated childhood exploring the wooded acres of his family’s homestead in Martin, Tennessee. Chasing after Charlie, his springer spaniel, John Toomey had no way to know how wading creeks and echoing birdsongs would prepare him for a career as both an artist and a teacher. It is clear the curiosity that sparkles behind his eyes today existed when that boy and his dog first jumped over a fallen tree. 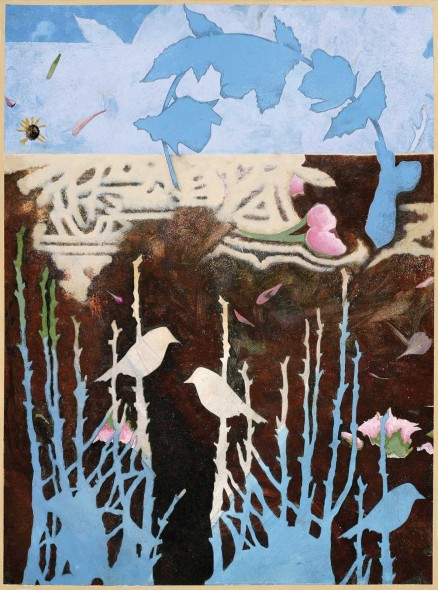 When you consider the countless hours John spent uncovering secrets that lay hidden between fertile, clay-enriched soil and tall loblolly pines, it’s easy to see—and just as easy to understand—why he writes on his website, “My art is communion with landscape.” 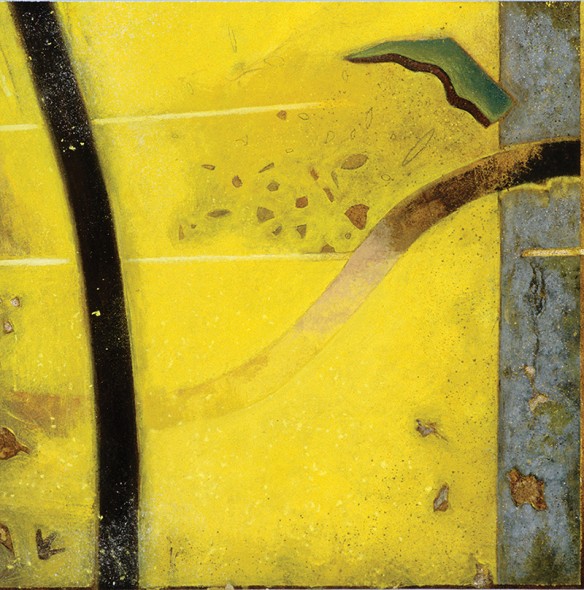 John began to draw as a child, and he eventually earned a BFA in drawing at Murray State University in Kentucky. When not creating original work, he serves as Arts Instructor and Outdoor Educator (yoga, hiking, and archery) for children at Abintra Montessori in Nashville. Once a week, John also teaches an adult drawing class at Vanderbilt University’s Sarratt Art Studios. Smiling broadly, the artist explained that he is inspired by form and color in natural landscapes as well as by the endless creativity displayed by students of all ages.

His studio space sits on a balcony overlooking the first floor in his home. Within an arm’s length, he can simply reach out to a wide palette of paint jars or tubes, containers of brushes, boxes of pastels, piles of pencils, drawing pads, and an assortment of natural elements—leaves, dirt, an animal skull—that infuse his thoughts or wind up embedded in his work. Everywhere you look John’s work waits to grab your attention. 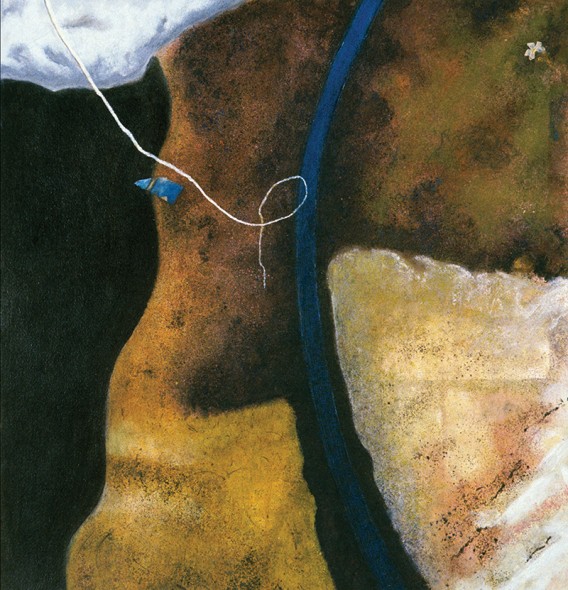 With soft instrumental music playing in the background, the creative energy in John’s environment feels gentle yet determined and emotionally focused. Listening to him talk about art or creativity, you may feel a bit jealous of students who, on a regular basis, get to appreciate John’s joy-filled language and his obvious love for the artistic process.

His most recent series of mixed-media works on paper, Working Memory, honors his late mother, Lucy, and her decade-long descent into Alzheimer’s. “Her last words were I love you,” John recalled. “Alzheimer’s had taken away her memory, but not her capacity to love. She consistently expressed love for the natural world and for everyone she encountered.”

These twelve pieces invite viewers to step closer to investigate what they think is being portrayed. Like alterations in brain function for many patients with this aggressive illness, images seem to move either in or out of focus. It is likely these particular pieces will raise challenging questions for admirers of John’s talent. 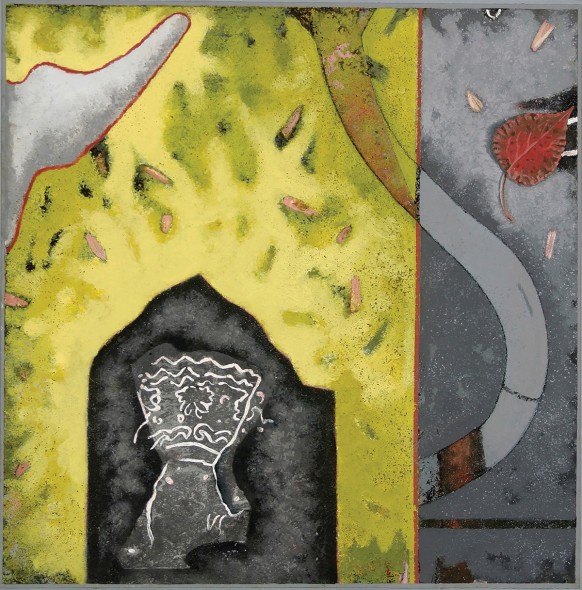 In Placeparted 2, is that looming shape a random gray boulder or a weighty tombstone for someone long cherished? Do the flowers in Rosewood Recording represent magnolias or just some imaginary blooms growing in a garden or left behind in a graveyard as a mourner’s remembrance? Is an off-white pattern in Sibling Hymn to Her inspired by an ancient Greek frieze or carvings on the marble cornice of a family mausoleum?

People often talk about being lost in their grief. But when John Toomey picked up the elements he integrated in Working Memory he seems to have found peace in the magical landscapes he created. If you discuss this series with him, you’ll soon discover John’s mother not only inspired his love of nature, but she still resides in his heart and—just as deeply—in his art. 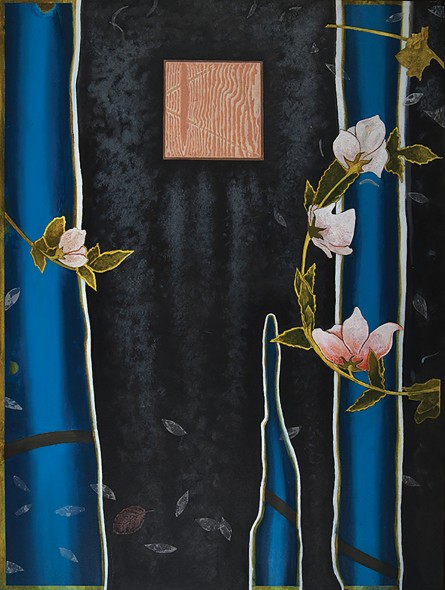 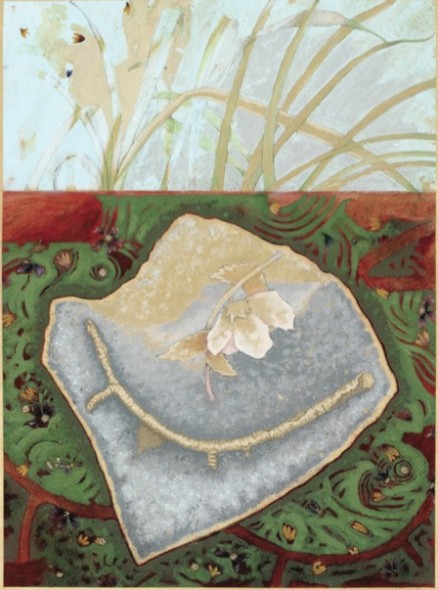 “When I finished each piece in this series,” he said, “I asked myself, would Mom like it?” Once her son shared such a personal revelation, it was easy to picture Lucy, a smiling Southern lady in well-worn gardening gloves, nodding her straw sunhat in approval.