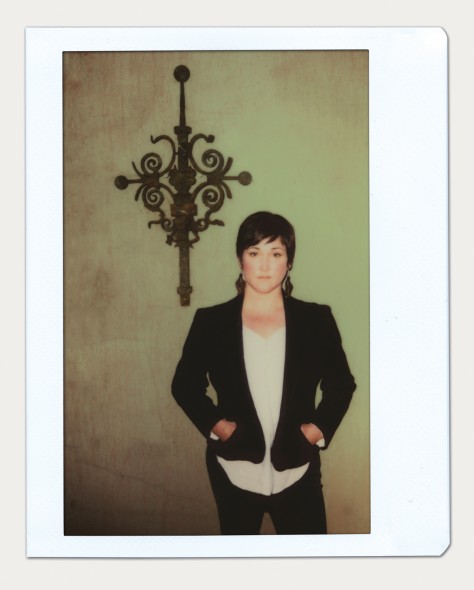 In a 1938 letter, renowned Russian expressionist painter and member of Der Blaue Reiter group Alexej von Jawlensky wrote of his work: “I painted these Variations for some years and then I found it necessary to find form for the face, because I had come to understand that great art can only be painted with religious feeling. And that, I could only bring to the human face.” 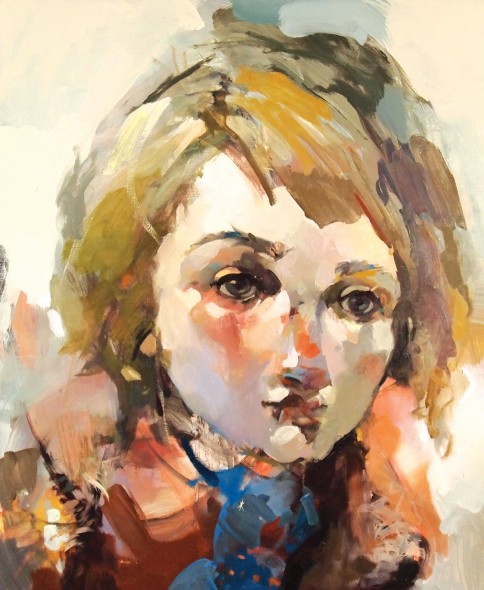 Nashville artist Julia Martin approaches her work with a similar sense of divinity in form. “There’s nothing more thrilling to me than rendering a face,” said Martin. “I truly feel like it channels through me, and comes from somewhere else. I don’t know who they are, and I don’t know where they come from. I’m simply obsessed with faces. I have no choice.”

It is this obsession over her subject matter that makes Martin such a compelling painter. In her work, women reign. They appear continuously in various colors, shapes, and sizes: abstracted, half male, solemn, mischievous, resilient. While the details of each painted face vary widely, they all appear to be variations of a universal “one.” Her subjects are seemingly spiritual relatives, a fictitious band of females, a dynamic cast of characters all cut from the same cloth. 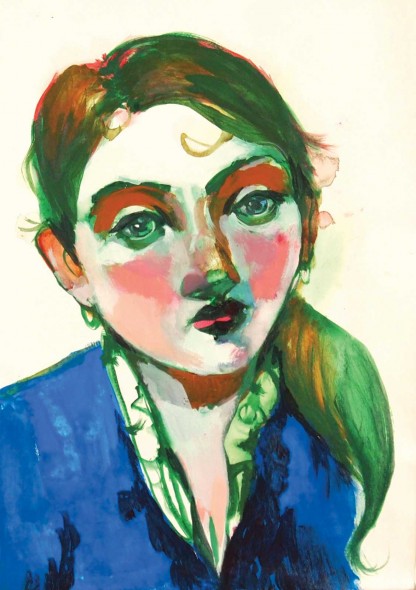 On December 5, she will open a new solo show of her work at Julia Martin Gallery, which she founded in 2011 in the burgeoning Wedgewood/Houston arts district. The gallery features a rotating roster of emerging and mid-career artists. The 2015 lineup included solo shows from artists like Harry Underwood, Merrilee Challiss, Rachel Briggs, Lisa Weiss, and Michael McConnell. Martin also organized a series of curated group shows like Paperwork and Nashville 9. While Martin has included her work in group shows, it’s been two years since her last solo show—and the time has allowed for important changes in her practice.

For much of her career, Martin has painted strictly with oil on canvas. But with the influence of her multi-media gallery artists and a newfound penchant for experimentation, this last year has seen Martin enthusiastically diversify her studio practice. Now the artist moves fluidly from oil paints to pencils and gouache, to chainsaws and chisels. 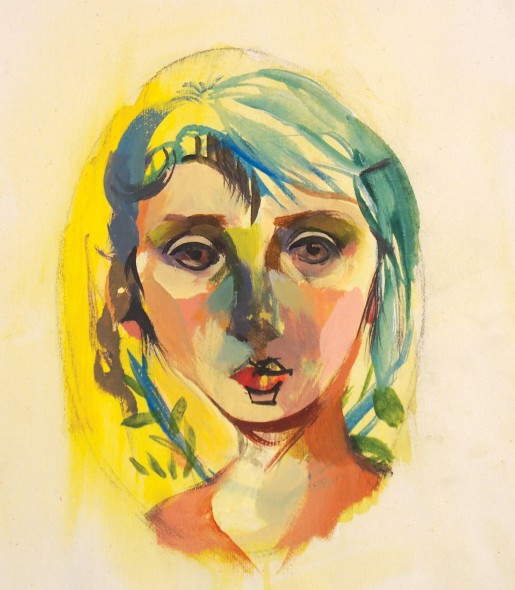 In May during Arts & Music @ Wedgewood/Houston, she turned her gallery into a woodworking studio and invited the public to watch the process. The resulting artwork was 3:33, a large-scale wood relief carving assemblage over oil on panel. She exhibited the piece the following month in the Nashville 9 exhibition, alongside work by Buddy Jackson, Sheila Bartlett, and Lesley Patterson-Marx, among others. She recently began carving her first freestanding wood sculpture, which will be featured in this month’s exhibition.

“Merrilee Challiss and Michelle Farro, who were both in the Paperwork show, were the ones who really encouraged me to make work on paper and try gouache,” said Martin. “I’ve always been so myopic about canvases and oil paint, so broadening that has made working so much fun again. It helps to be able to get out of the paintings for a minute and play around on paper, and if that’s not doing it, to go work on the sculpture. It’s a whole new sensation. As an artist or creative person, we can easily paint ourselves into a corner, and in that gridlock moment, it’s always best to just set it aside and work on something else.” 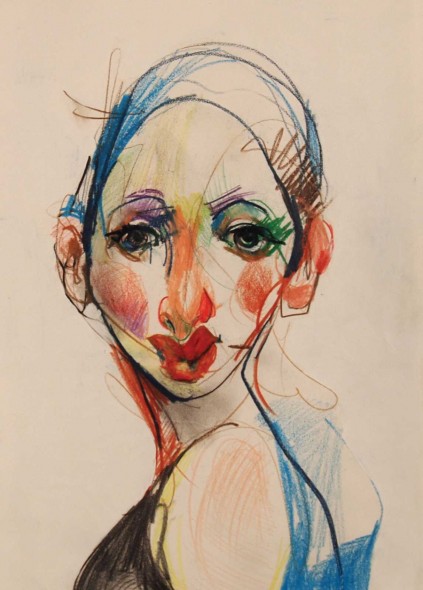 For the most part, Martin identifies as a self-taught artist. She studied for one year at the now-defunct School of Visual Arts in Savannah, Georgia, but when the school was sued and shut down in the middle of her undergraduate degree, she decided to forge her own path in the art world.

“It makes me proud to have figured most of this out on my own,” said Martin. “I had a small amount of training, which gave me a phenomenal foundation, but the rest has been me.”

As for the countless figures that appear in her paintings, Martin does not model them from life, but instead culls them entirely from her imagination. “I always work out of my head,” she said. “You learn tricks over the years. Like with hands, I don’t have to reference fingers anymore unless there’s a difficult foreshortening involved or something like that. I absolutely love painting ears and fingers and the under part of the nose. Those are my favorite things to render.” 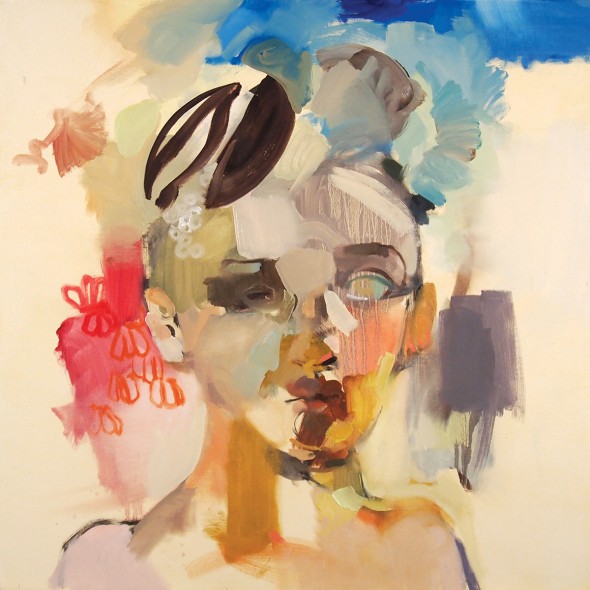 For Martin, the face is a perfect vehicle for emotions, desires, and frustrations, and her passion for depicting variations on the form is palpable and enticing. “To me there’s no more interesting subject matter; there just isn’t.” 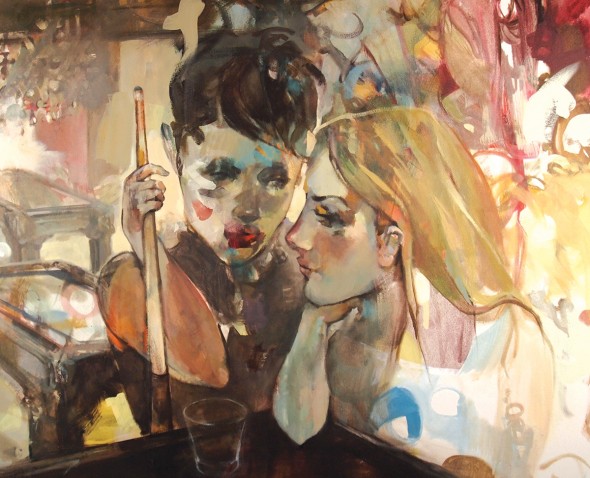 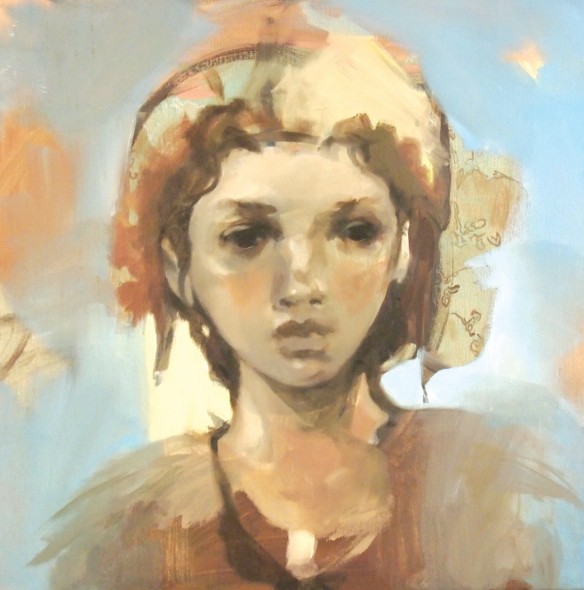 Julia Martin has a solo exhibition of her work at Julia Martin Gallery, 444 Humphreys Street in theWedgewood/Houston neighborhood, December 5 to January 5. For more information, visit www.juliamartingallery.com.