Tchaikovsky’s 1892 The Nutcracker ballet score, based on an 1816 story by E.T.A. Hoffman, has become an international classic over time. It’s not surprising given the archetypal nature of the story, in which a young girl is brought into a magical world to learn the lessons of love and see the enchantment that exists in the world. Each choreographer puts his/her original spin on it, and over the past several years Nashville Ballet’s Paul Vasterling has created a masterful retelling each holiday season. It’s certain 2015 will be no exception.

Set in Nashville during the 1897 Centennial Exposition, it features familiar sites like the Parthenon and Belle Meade Mansion, where the story takes place, all made glorious for the stage.

“I have the whole layout of the story in Nashville in my mind,” says Vasterling of creating his master work. “The house is over on 6th Avenue near the Old Capitol; that area is all offices now. I drew it all up for myself in my imagination. After all, the ballet is about waking the imagination.”

The show’s rich costume design, with tutus that epitomize the glamour of the show and the costume type, and splendid sets emphasize Vasterling’s love of the lighting element, embodied by the script’s growing Christmas tree. He brings the audience from Victorian sepia tones into the vivid Technicolor lights of Christmas, as Herr Drosselmeyer brings his niece Clara into fairyland with light representing imagination and enchantment. 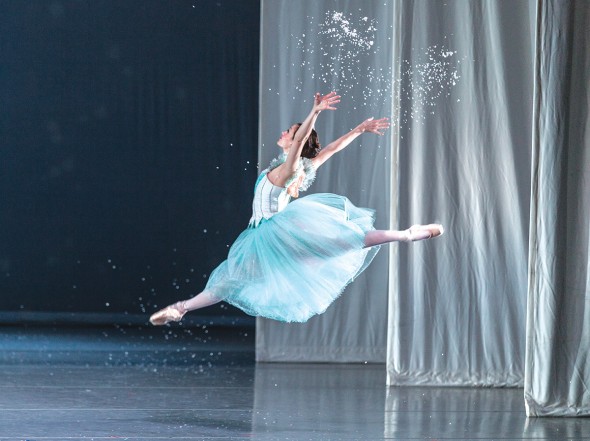 This year’s production features the exquisite Kayla Rowser as the magical Sugar Plum Fairy, the embodiment of love, with her partner, the cavalier, and also as the magnificent Snow Queen. “I started performing in Nutcracker when I was 8; I’m 27 now,” she says. “I’ve been with the Ballet here since 2007, so I’ve always been part of Paul Vasterling’s version . . . I’ve danced many roles, and I think being part of Nutcracker at a very young age was part of what made me realize I wanted to dance professionally.”

Vasterling himself has been part of Nutcracker productions since the age of 16. Clearly it breeds a lifelong sense of the magic of dance and live theatrical performance. That’s great, since this year offers a youth cast of 191 students (in multiple, revolving casts), the most the Ballet has ever had.

Each year, Vasterling tweaks the production lovingly, emphasizing its timeless myth. “These myths and tales are evergreen; they resonate with us forever,” he says. “I have plenty of tradition—and magic—to work with. I’ve also got to be aware of the modern audience’s attention span. The pacing of the show is important. It’s fairly quick but still reveals so many layers of Drosselmeyer’s magic. It’s a challenge to me to learn and share that magic.”