The Browsing Room at the Downtown Presbyterian Church through January 23

During the December Art Crawl, The Browsing Room at the Downtown Presbyterian Church opened The Labyrinth Decoded, a collaborative exhibition including work from Nashville artist Nick Hay and historian and space exploration pioneer E.C. Piedra. The exhibition suggests that telling stories is the hallmark of civilization, and to that end it incorporates images and ideas connected with the Greek myth of the Minotaur’s labyrinth. A didactic label on the wall features a text by mythologist Joseph Campbell. It reads in part:

We have not even to risk the adventure alone, for the heroes of all time have gone before us. The labyrinth is thoroughly known. We have only to follow the thread of the hero path. 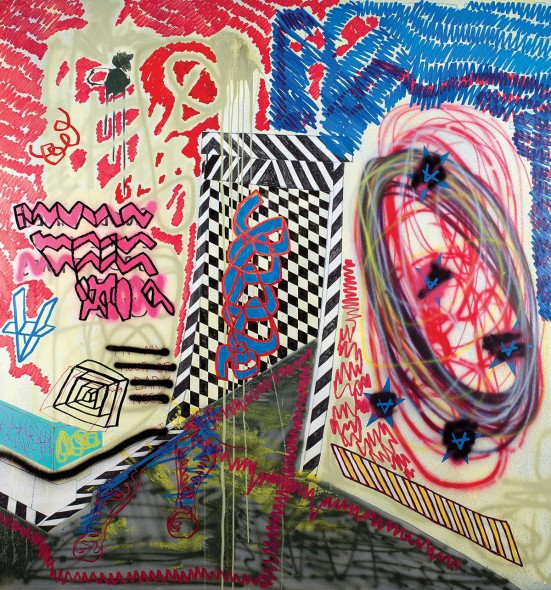 In the myth of Theseus and the Minotaur the brave Theseus is tipped off by the beautiful Ariadne to tie a ball of string to the door of the labyrinth that the monster’s trapped in. After fighting and decapitating the beast, Theseus is able to find his way out of the maze by following the string.

The language of the myth and the string in the labyrinth both lead into and out of the heart of this hero’s journey both mythically and literarily. Hay and Piedra go one step further, replacing the language and the thread with their own analogs of paint and photography. 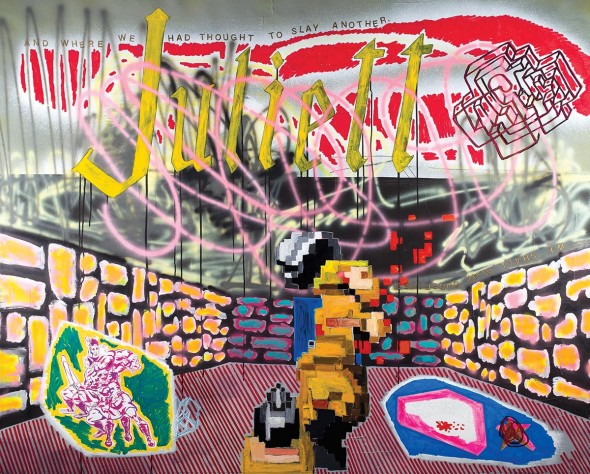 Piedra isn’t an active visual artist, but his contributions to this show are striking. Utilizing archival photographs Piedra re-imagines Cold War-era U.S. missile silo bunkers as labyrinths of a different kind by using red ink to superimpose elements on exterior and interior snaps of the bunkers. The best additions recall design schematics and remind viewers that the most monstrous mazes are often the ones we conceive for ourselves.

The Labyrinth Decoded is on exhibit at The Browsing Room Gallery located in the Downtown Presbyterian Church, 154 5th Avenue North through January 23. For more information about Nick Hay visit www.nickhayart.com.