On February 20, 2016, fresh off the heels of their eighth Grammy award for a recording of works by contemporary composer Stephen Paulus, the Nashville Symphony Orchestra gave a concert at Schermerhorn Hall featuring two works by Ludwig van Beethoven (Leonore Overture No. 2, Op. 72a and the Piano Concerto No. 4 in G major, Op. 58) and Modest Mussorgsky’s Pictures at an Exhibition as Orchestrated by Maurice Ravel. Led by guest Conductor Asher Fisch and soloist Jayson Gillham (piano) the concert revealed the NSO at their very best. 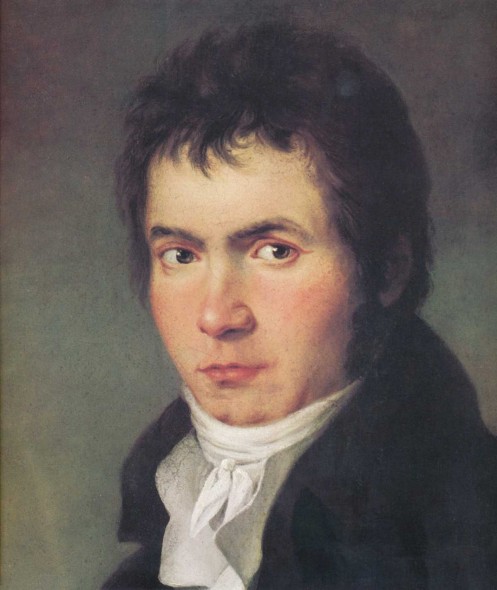 One of Beethoven’s biggest challenges was composing dramatic music for the stage. His single completed opera, Fidelio, at first titled Leonora, was a failure in its first premiere. He revised the opera for performance the next year where it was met with only slightly greater success. Finally, after nine years, it found a decent premiere in 1814. As a master of instrumental music, the difficulties that Beethoven had with operatic composition were not that his works lacked drama, but rather that they could be too dramatic for their operatic context.  As the famous critic Donald Francis Tovey once stated: “…the most impressive result of Beethoven’s nine years of meditation of the subject of this opera [Fidelio] that had cost him so much thought, is the fact that the Leonora overtures, which had been inspired by the heroic climax of the last act, proved to be too great for use in connection with the opera at all.” Indeed, in all there are four different overtures to this opera, and the later revisions sought to scale back their dramatic content. Leonora No. 2, which the Symphony performed, was the version that was likely given at the first premiere in 1805.

The Australian Maestro Fisch seemed to take this history into consideration in his performance Saturday night. Although he is a veteran of the operatic pit, Fisch approached the overture as if it were the Eroica itself, emphasizing the power of Beethoven’s broadly heroic themes as great symphonic gestures instead of operatic reminiscences. From the forboding opening chords to the excellently balanced offstage trumpet and exciting finish, Fisch’s Leonore was masterful.

Beethoven’s Fourth Piano Concerto stands somewhat apart from the other pieces that he composed during his heroic period. Unlike the grandiose and triumphant Fifth Concerto written a year later, the Fourth Concerto is a work of great warmth and introspection. However, this is not to say that the piece wasn’t revolutionary. Its introduction of the soloist in the second bar with a lyrical, cantabile theme broke from the long practice of opening a concerto with a grand orchestral exposition. After this introduction the piano falls silent for the exposition of themes, creating a stirring dramatic absence. Indeed this is Beethoven, where exceptions are often the rule.

For this performance, Fisch brought out his fellow countryman, Australian pianist Jayson Gillham. Fisch and Gillham approached the work not as a piece by the composer who resisted Napoleon, but instead as a work by the Romantic master of the First Viennese School, raised on the often gentle, but always nuanced expression of Haydn and Mozart. Gillham’s touch was light but resonant, with a reserved legato and a virtuosity confident enough to show restraint. The performance wasn’t reminiscent of what one might have thought a grim Beethoven sounded like when he premiered it at his last public concert, but instead what the young Felix Mendelssohn might have sounded like when he revived it in 1836.

The concert ended with Mussorgsky’s Pictures at an Exhibition. This piece depicts the composer visiting an exhibition of paintings by Viktor Alexandrovich Hartmann (1834-1873), a friend of Mussorgsky who shared his interest in an art that would eschew the influence of Western Europe and instead focus on an art steeped in Russian tradition and folklore. Mussorgsky’s piece was written for piano; it was not orchestrated until 1922 by Maurice Ravel, under Serge Kousevitzky’s commission. Kousvitzky premiered this version at the Paris Opera and recorded it with the Boston Symphony Orchestra in 1930.

The form of the work is a kind of suite merged with theme and variation form. The theme is the famous Promenade which is meant to depict the composer strolling from painting to painting. Between each statement, or variation, of this theme are the different movements of the suite, each depicting a different work in the exhibition. The NSO brought its excellent orchestral color to bear, particularly in the darker or more nostalgic moments. Il vecchio castello (the Old Castle) with its rustic, lonely theme is juxtaposed with a sad troubadour song, given by Ravel in the Bassoon and English horn played exquisitely by Cynthia Estill (Bassoon) and Roger Wiesmeyer (Eng. Horn). Unfortunately, the Hartmann painting that inspired this movement is now lost.

However, for the darker “Catacombae” the painting does remain, showing figures entering the Paris catacombs, dressed silhouettes from a distant lantern. The painting is, of course, a metaphor for death and the individuals in it are passing into the next world. Here, the NSO’s brass section stood apart, again, intensifying this gloomy homophonic section. Ravel depicts Mussorgsky’s thematic transition into the afterlife by setting this movement first in the brass, and then the next, which is marked “Cum mortuis in lingua morta” (“with the dead , in the language of the dead”) by Mussorgsky, in the otherworldly reeds and in pale, somnambulant strings. As an orchestrator it is one of Ravel’s greatest strokes of genius.

Finally, the piece concluded with “The Great Gate of Kiev” in the most grandiose style, where Ravel put NSO percussionists Sam Bacco and Richard Graber through their paces. As the festive and majestic final promenade variation passed, the audience was swept up in the moment and leapt to their feet to appreciate their Grammy Award winning Orchestra for yet another fantastic concert.

Next up in the Classical Series at the Schermerhorn is an exciting program featuring Brahms 3rd Symphony and Richard Strauss’s Don Quixote with virtuoso cellist Johannes Moser, March 4 and 5.