Miniature Portraits are back!

Have you ever attended a party where a successful songwriter shares that he is a miniature portrait painter and restorer? Me neither. Painting miniature portraits is a lost art that does not come up in casual cocktail party conversation.

Brad Crisler, never formally trained in either art or music, is a renaissance man who picked cotton outside of Muscle Shoals to pay for his first keyboard, yet was a double major in finance and management in college. He later came to Nashville where he wrote hits for Brooks and Dunn, Tim McGraw, Kenny Chesney, Rascal Flatts, and Brett Eldredge, and penned the Southern anthem “Sweet Southern Comfort” for Buddy Jewell. 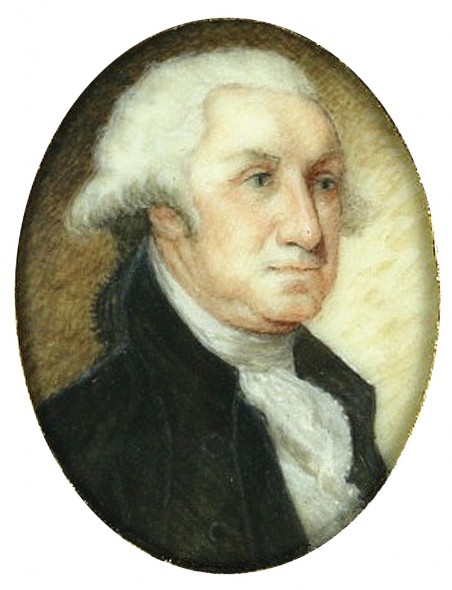 But his passion for treasure hunting is what led him to the world of miniature portraits. After he unintentionally bought his first portrait as part of an antiques lot, he said, “I began to study ones painted from 1760–1845 in order to attribute them. Then, using their same materials, I began to paint my own.” Over the past four years, Brad has purchased and sold over 1,500 paintings, including some by renowned American masters. To educate himself, he has read treatises and correspondence between the portraitists about their process.

Historically, miniature portraits sprang from the tradition of miniature illuminated manuscripts and were painted for the upper classes. Later, small portraits with braided hair, visible from the back side of the frame, were worn as remembrance lockets. But with the invention of daguerreotypes in the 19th century, the miniature portraitists all but faded away with a brief revival at the end of the 19th century.

Since Brad paints entire portraits about the size of a quarter, a microscope is mandatory. Non-antique ivory is illegal to purchase, so he repurposes damaged portraits or paints on old piano keys. “Because of the slick substrate,” he said, “modeling is achieved by fine stippling or thin cross-hatching—keeping in mind that leaving the ivory exposed helps the portrait glow. I paint with original Reeves 1790s watercolor cakes with gum arabic as binder. My palette is limited, as theirs was, using around five colors. Although you can use a razor to remove mistakes, for the most part, the medium and technique are very unforgiving.” 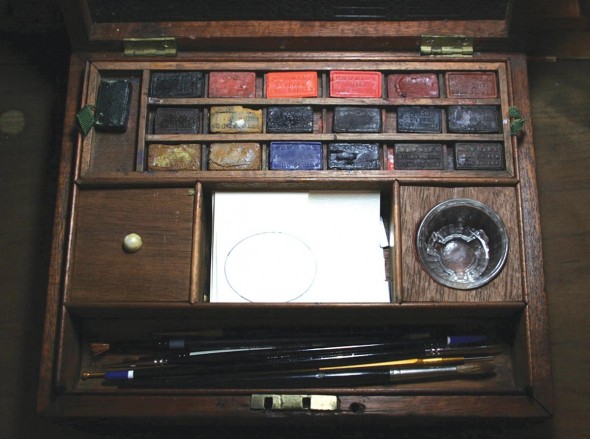 And how does this fit in with the songwriting? “I need to be challenged creatively. A great songwriting mentor once told me the only way to get from writing bad songs to writing great ones is to write all the ones in between. I think maybe it’s the same with painting miniature portraits.”

In a time when people crave the old fashioned ways, I suggested Brad bring the miniature portrait back in vogue. “I would love to paint commissions and even retire to Colonial Williamsburg and be the official miniature painter—complete with 18th-century costume.”