Flowers erupt into anatomical hearts; hands are mechanical explorations of the skeletal frame, questioning the conditions of humanity; tight diagrams of fruit and flora are freed from human order and reconsidered in a riot of growth across a field of mineral pigments. The works of Billy Renkl shift the viewer from the structure of the everyday and lead them instead into a clearing of quiet, sensitive collage works whose contents are both universally felt and deeply personal. As a conversation between Renkl and the journals of Henry David Thoreau, the works form point and counterpoint, explanation and exclamation to the ideas Thoreau explored over nearly thirty years. “I expected to find in his journal big ideas with which to think about the troubles that face our world. Instead, I found intimate ideas that pertained to my own life and work. 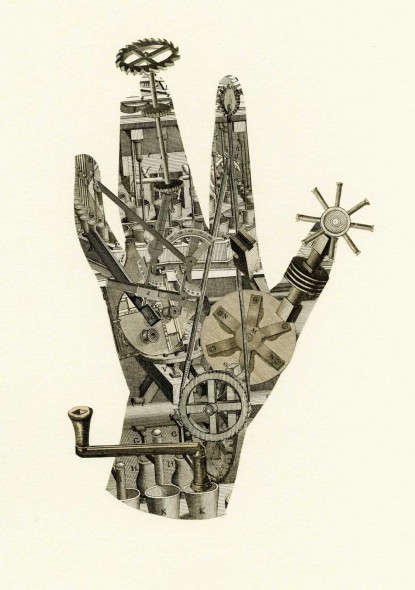 “The works in this show are inspired by the private language Thoreau used when talking to himself,” Renkl explains, “the vital and fierce interest in which Thoreau approached something as simple as watching a turtle sun itself on a sunny afternoon.” Thoreau’s openness to wonder is reflected in Renkl’s visual engagements, in which a similar process of observation, curiosity, and intention is fundamental to the vitality of the collage itself: Renkl harvests his images from a variety of sources in antique and found papers. His visual elements pull from a surplus of botanical images for their illustrative nature, planting them within base papers whose origins are diverse as reclaimed maps, baptismal certificates from Budapest, or legal manuscripts from Basel.

Choosing what to work with becomes an intuitive, open-ended process, one that responds as much to the tactile possibilities of the material as it does to the literary content that serves as duet. “A guiding principle for me is that I must acknowledge the previous life of the collage element—I can cooperate with it or I can contradict it, but I have to respectfully acknowledge it.” The collaged materials sometimes then stand on their own or may evolve through the rampant growth of gouache markmaking, gold leaf, mineral pigments, or shellac. The result becomes a poetic and restrained edit, engaging the nuance and specificity of borrowed image in the expressive context of the contemporary visualist. “These botanical images were originally intended to be carefully objective. Liberated from that context, though, they are free to do other things, be evocative of something more than a rational description.” 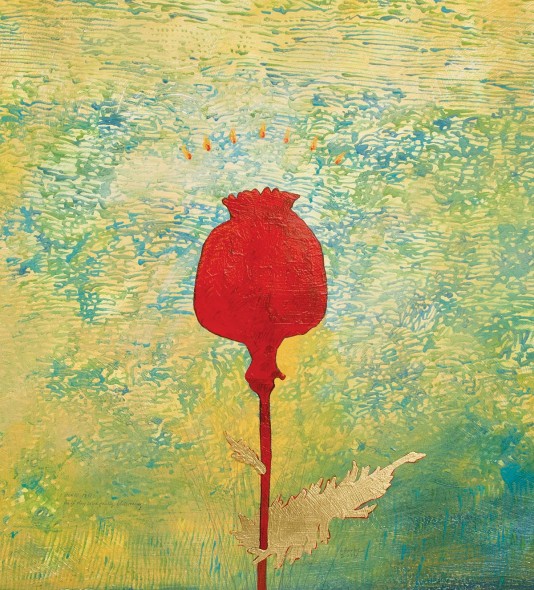 The works form a series of considerations, small moments that build into a larger chapter: a process of assembly that relies as much on instinct and atmosphere as it does structural elements and composition. Renkl’s process “echoes how poets use language,” combining visual phrases in ways that open up specific meaning and carry it into the realm of ambiguous memory and personal connection. “Collage often works by metaphor, and those are most exciting when they operate with reciprocity. To say a tree is a river (as Thoreau did on July 25, 1838) tells us something about trees and about rivers.” 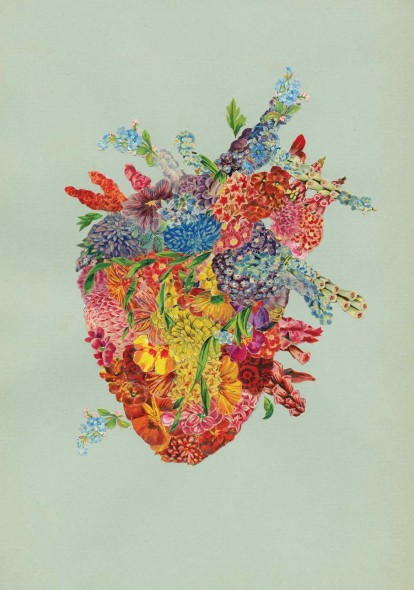 Renkl acknowledges Thoreau’s own uniquely expressive style as a writer—“Thoreau operated at a perfect place: the intersection of science and poetry”—and how this authentic, characteristic voice lends itself to his own understanding of the naturalist’s work. Rather than mere illustration, however, Renkl’s process is closer to “a correspondence.” Phrased in clippings of images of grass or diagrams, and daubed with embellishments and notations, the pages serve to intimately converse Renkl’s own observations with the thoughts Thoreau recorded. “It was as if Henry sent me a letter, and after thinking about it, this is my letter back.”

Billy Renkl’s Field Notebook is on view from February 27 through April 9 at Cumberland Gallery, located at 4107 Hillsboro Circle, Nashville, TN 37215. View the work from 10 a.m. to 5 p.m. Tuesdays through Saturdays, or visit online at www.cumberlandgallery.com. View more of Renkl’s works online at www.billyrenkl.com. 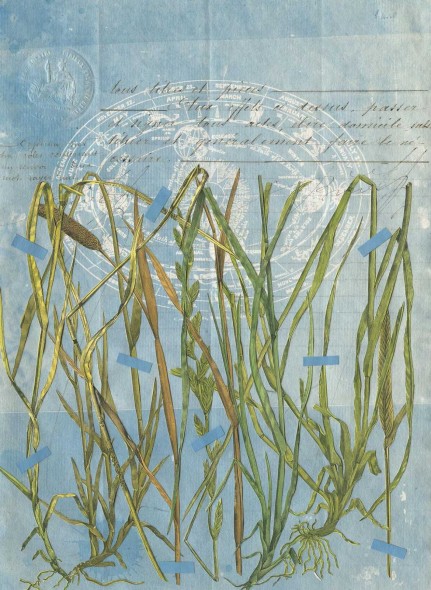 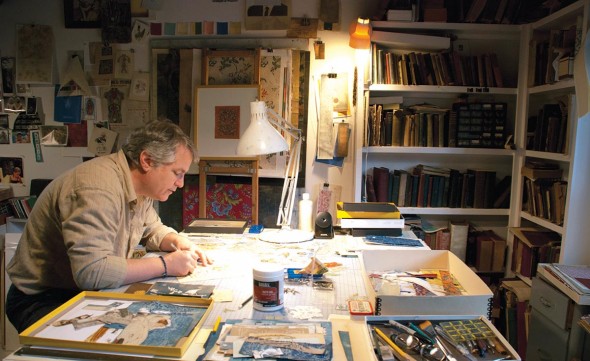 Billy Renkl in his studio ; Photograph by Greg Sand