My mother was an amateur artist for years before she got dementia and passed away. Why no one handed her a brush during her illness is beyond me, but it would have been both interesting and therapeutic to observe how dementia affected her painting style and her demeanor. By the end of her life, she lost her ability to speak and write. I wonder now if she could have communicated through her art. 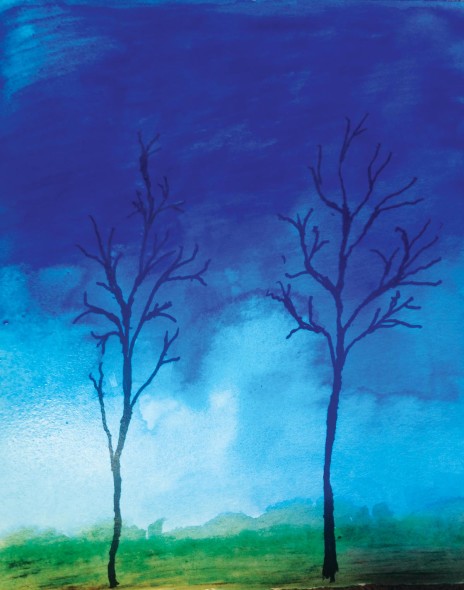 Art therapist, Terri Giller said, “This painting is from a resident at Trevecca Health and Rehab Center. We were speaking about the use of color and line to express mood, temperature, season. After she finished, she exclaimed, ‘Now that’s what winter looks like to me!’”

Interestingly, when some people develop neurological deterioration, they discover previously unknown artistic talents. Dr. Bruce L. Miller, a behavioral neurologist and director of the University of California, San Francisco (UCSF) Memory and Aging Center, works with clients with various types of neurological disorders from Alzheimer’s disease to frontotemporal dementia and more. Dr. Miller stated, “There have been reports of individuals . . . who developed new artistic skills in the setting of their illness. One explanation for this phenomenon is that other parts of the brain take over to compensate for another brain area that is no longer working. Therefore, visual expressions such as drawing, painting, or sculpture appear as the person loses their capability for verbal language.”

There have been documented studies of professional artists afflicted with brain disorders or injuries and how it affects their style and ability to paint. Willem de Kooning, the famous abstract expressionist, is a good example of this. He was diagnosed with Alzheimer’s in his 80s and went on to paint over 300 critically acclaimed works, but his style changed. His color choices were less intense, the brushstrokes lighter, more ethereal and spacious than his earlier works. Oddly, they appear to be “happy.” 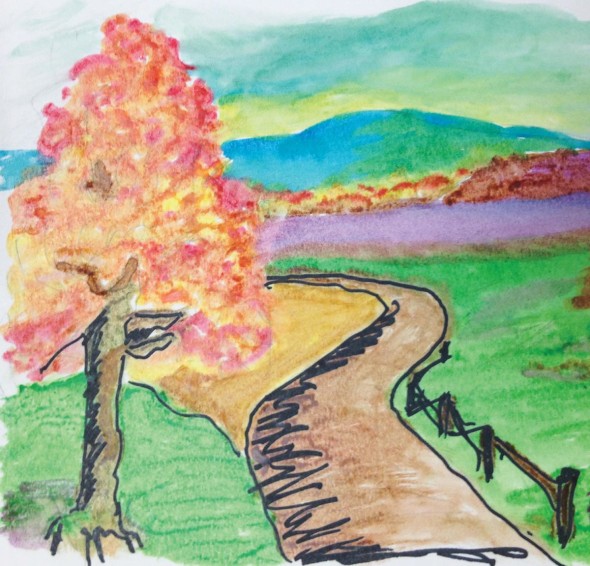 Giller told McCampbell that “’The Pathway’ was created by a gentleman at Elmcroft who has always loved art, but never had the opportunity to create. He is always engaged and thoughtful throughout his art process.”

I spoke with Terri Giller, a registered art therapist in Nashville, who witnesses the power of making art in individuals with developmental disabilities, older adults, and those with Alzheimer’s/dementia. She has found that the creation of art not only gives her clients the physical and mental stimulation needed to improve their overall health, but also gives them a much-needed social outlet and venue to express their feelings and memories. Terri told me, “The process of choosing colors and creating images promotes cognitive stimulation, but it also inspires them to reminisce and connect with one another, which is also very therapeutic.”

As patients lose their ability to be verbal (aphasia), they can sometimes still communicate through art. Dr. Miller said, “There seems to be a greater use of symbols as dementia progresses. Their increased use of symbols might reflect a response to their internal mental and emotional states. If this conjecture is true, art offers a way for AD [Alzheimer’s Disease] patients to communicate despite profound impairments of language.”

I wonder now if my mother, who seemed locked in the prison of her own mind, could have communicated her thoughts and feelings through symbols. I will never know, but I’m happy that so much more is known about the benefits of art therapy with neurological deteriorative diseases, and it is helping so many.

To reach Terri Giller, M.Ed., ATR, for more information on her work as an art therapist, go to www.artspeaksarttherapy.com.