Make no mistake, Dr. Rosen is a long conversation. No quick, fluffy sound bites here. And that’s because his vision for fashion and design is also a long one. Since taking over the president’s role at O’More College of Design, he has rocked the runway like few before him. One more thing, it’s impossible to say no to the man. Go on, I dare you. 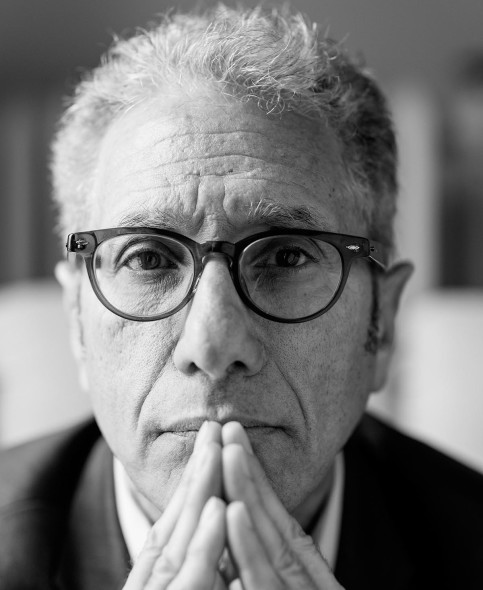 When and where are you the happiest?

I am happiest when I’m surrounded by people and things that are both meaningful and fun. There’s not a specific place. I’m not that person.

There has to be an alignment with what I feel I can contribute to make a community better and my sense of wanting to be in a place. There is that alignment for me here. Nashville’s also one of the fastest growing creative economies in the country. I want to be buried here, just not too soon.

What was the last great movie you saw?

What book has left a mark on you?

Who is someone you’d like to sit and have a coffee with?

Mahatma Gandhi, a man of great wisdom, would be high on my list. Steve Jobs, Elon Musk; he’s a very interesting person.

Who has influenced you the most?

The person most influential in my life is my father. He took me to museums, studied art so that we could talk about it together. He could take things in stride and calmly move on.

Which artists make you weak in the knees?

I love the impressionists. They were gods to me growing up, also Gerhard Richter and Christopher Wool. I like artists that have an intense and complicated relationship with their craft; artists that challenge me to think.

What is your greatest extravagance?

Probably my Dualit toaster. It looks like an ode to modernism. Expensive but worth it.

What do you worry about?

I worry that I’ll let people down, and I don’t want to do that. I can’t do much about world poverty or the environment, but I can do something about the lives of the people around me. So the only thing I worry about is whether I am doing enough, having a big enough impact on those around me.

What are you good at?

I’m good at one thing only, figuring out people fairly quickly and understanding where they can be the most purposeful and have the greatest satisfaction in what they do.

What disappoints you the most?

The thing that gets me in trouble most of the time is my faith in people. Sometimes that turns back and bites me, but you can’t stop being that person. I’d rather have faith in people and get bitten than not.

What music do you listen to?

Everything. I listen to Bach, Vivaldi, but I also listen to Unknown Mortal Orchestra, Tame Impala, Mac DeMarco.

What were your first impressions of Nashville?

Nashville is a city of micro communities and micro cultures. It’s a bit like traveling through Swiss cheese—first you just see the holes, but then you land on the spots. You can find everything you want culturally, intellectually; it’s all here.

What would surprise most people to learn about you?

That I have the first track on the A side of a Greg Kihn album. I write songs all the time.

What are you going to be when you grow up?

Are you happy with where you’re heading?

Absolutely. I’m happy with the people, the environment, with what’s happening at O’More.

How do you feel about the explosive growth going on in Nashville?

Anything that grows that quickly is difficult to control. I hear, “We can either be Austin or we can be Atlanta.” We don’t want to be Atlanta, a city that outgrew its infrastructure. We don’t want to lose our local culture. Old buildings preserve our heritage; they tell our story, and they can usually be repurposed into whatever is needed. We should be careful with what we tear down.

What is a talent that you wish you had?

I wish I was a better artist. But all my kids are artists, so I’m good with that.

What other profession would you consider?

I have always been an entrepreneur. I would start my own business.

What do you consider your greatest achievement to date?

Helping found a charter public school in Grand Rapids. It started with a coffee shop conversation and is now a reality.

What is a most treasured possession?

I’m a sentimentalist and a pack rat, but the things that I care about the most I usually move into the possession of others, my kids, my family.

I’d like to be remembered for the work that I did and for the people I’ve left behind who are better because I was here.

Let’s get this stuff done!