In recent years, I have been inspired by divergent notions of how we quantify time. When Brian Greene, noted physicist and author, was asked in 2011 what perplexed him the most amidst his studies of parallel universes and dark matter, he responded, “What is time?”

Since then I have been working with that question in mind. We know time as space, time as currency, and we have measures of time upon which we collectively agree, like clocks and time zones. I’m calling this geologic or “Collective Time.”

My new work, Time Frames, presents the possibility of what I’m calling “Personal Time” and relates to the Uncertainty Principle developed in 1927 by Werner Heisenberg, which states that one cannot accurately determine the location and the velocity of an object at the same time. 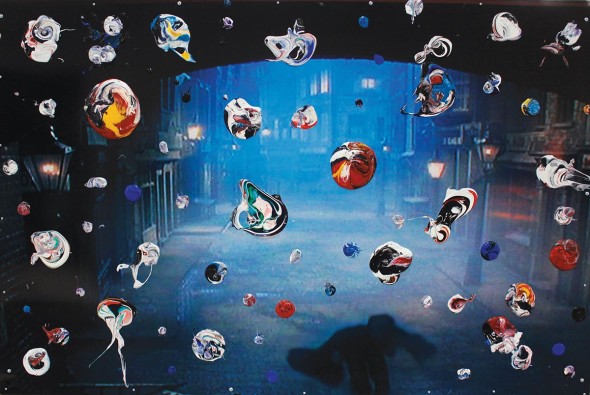 In our contemporary world, the so-called digital age, Personal Time has been entirely altered by technology. We now have a greatly accelerated rate of information spreading and communication, which borders on collapsing chronology as we perceive it. Changes in lived experience happen so quickly that we blur into what author Tom McCarthy describes as “a constantly mutating space.”

Compared to geologic time, where entire civilizations are reduced to stratified layers in rock and dirt, our total lived experiences are but a nanosecond, and, through technology, we are rapidly catching up to this realization. However, sometimes, in traffic, en route to home or work, a red light can seem eternal!

These new works function as windows that enable the viewer to look through time and gain an enhanced perspective into the nature and proportionality of our lived experience. They begin as still photos of moving images appropriated from the television screen without pausing the film and without Photoshop. In most cases they are shot from an angle so as to distort the image and also to include a reflection of our tableside lamp. The lamp with the zigzag shade is in the room at the time the shot is taken, yet often functions as a symbol of hope interacting with the actor in the film. The thick, lava-like paint swirls and globs represent the primordial, geologic time frame through which we can peer into these layered moments.

Perspective holds the key for any existential query, and perhaps the sensation these works evoke of looking through time will provide insight, inspiration, and visual intrigue. –Richard Heinsohn 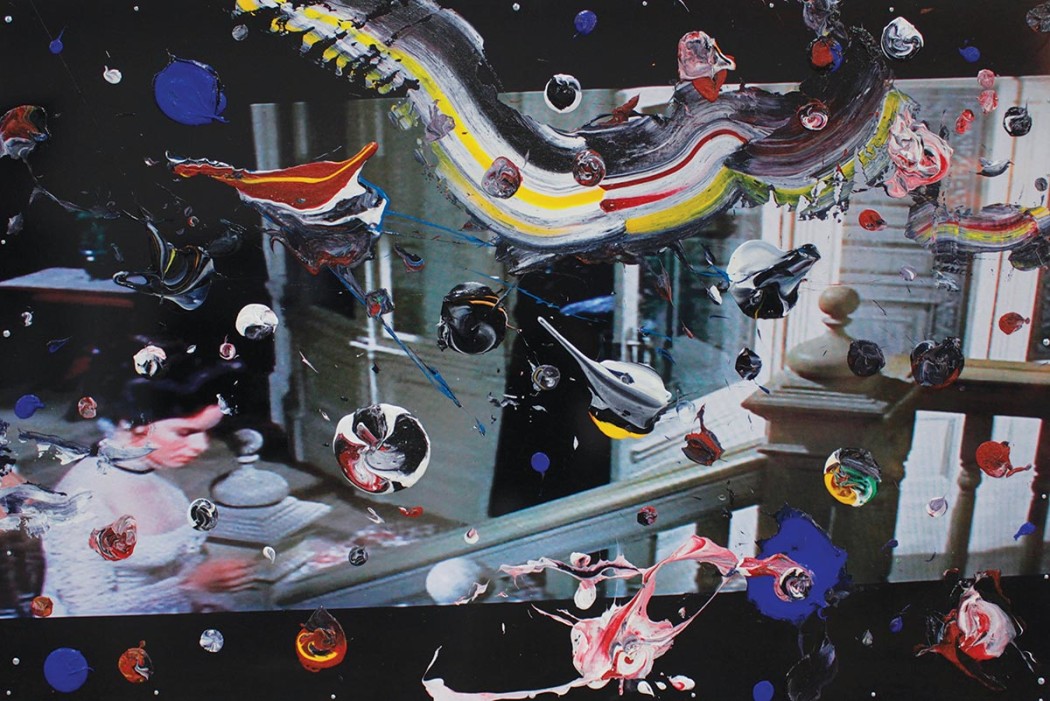 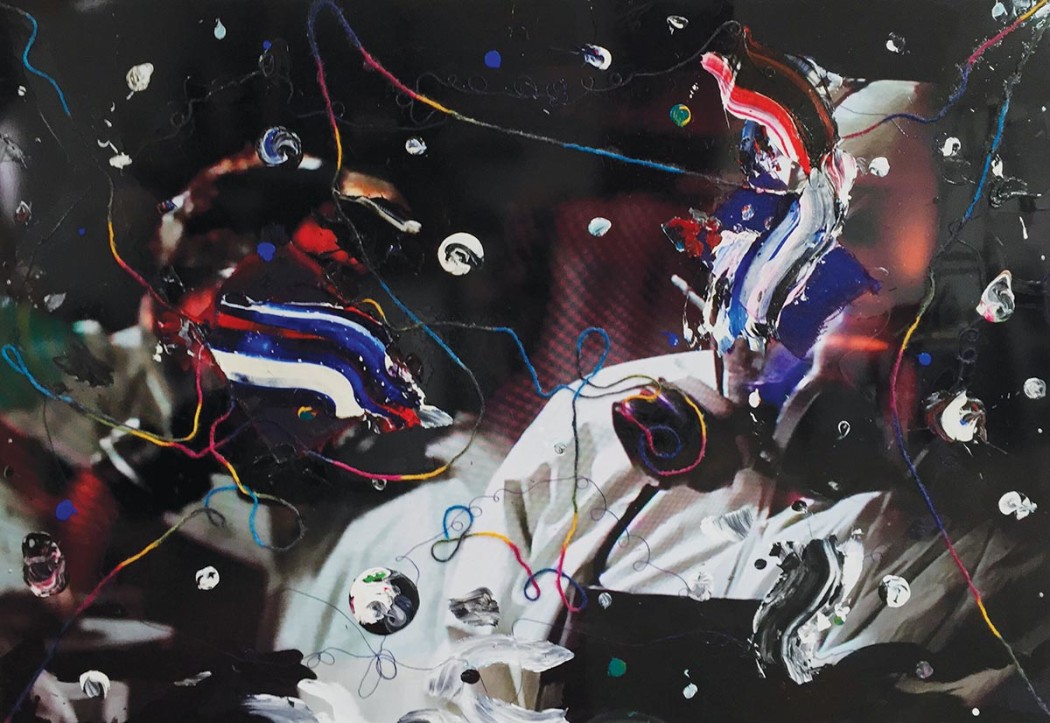