The face of Nashville is changing this spring.

Well, maybe just some of the walls. Muralists from around the globe will participate in the Nashville Walls Project beginning in May. Founded by film producer and art advisor Brian Greif and his associate, Tova Lobatz, this project sprang from their connections with muralists worldwide and Greif’s relocation to Nashville from San Francisco. His inspiration came from what he saw when he moved here. He believed the changing murals series presented on the side of the Kohlers’ Belle Meade residence (see NAM July 2013) and the efforts made by local muralists over the years had essentially primed Nashville to assume a role in this international arts movement. The Nashville Walls Project will complement resident artists’ efforts to place Nashville on the map as a destination for large wall paintings and will provide visitors and residents access to high-quality art in a purely democratic medium. 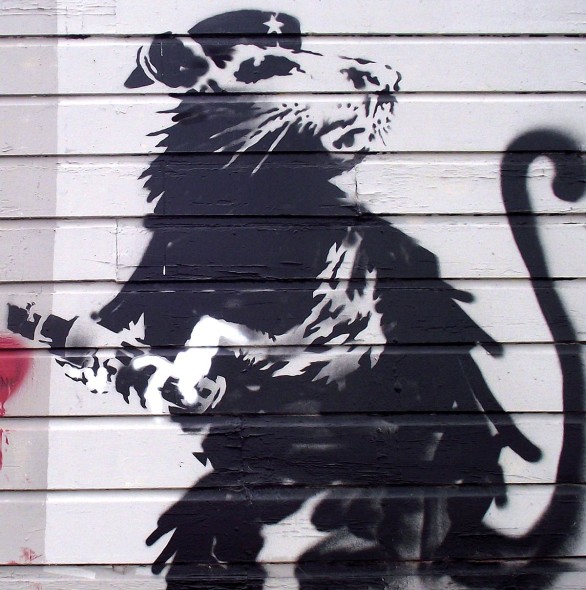 The murals to come are part of a much larger tradition of wall paintings. To consider them in context, you must acknowledge the role of this type of art throughout the Western history of art—to broadly communicate to all who pass. While space will not permit a full history, the following examples show the power of the medium. In her article “Why ancient Roman graffiti is so important to archaeologists” Susanna Pilny explains that graffiti was legal in Pompeii from its founding in the 4th century BC. Walls served as a significant place for people of all classes to express themselves; notes between lovers, political statements, and social woes were all part of public discourse on their walls. Jump to the 20th century, the federal Public Works Administration implemented as part of President FDR’s New Deal program provided artists with commissions across the country to make murals that uplifted the public with positive perspectives of contemporary life after the Great Depression.

Today, many muralists are also studio artists who create smaller-scale works to sell through galleries and exhibit in museums. These are highly skilled and detailed artworks meant to be enjoyed within an indoor context. The movement to fine art, often referred to as “Urban Contemporary” or “New Contemporary,” has been embraced by the art market, and the prices for this type of art continue to soar. Greif attributes artist Jean Michelle Basquiat and the film Exit Through the Gift Shop to raising street art’s status. Basquiat transferred graffiti style and social commentary to canvas, which caught the attention of fine art collectors. Exit Through the Gift Shop exposed viewers to the underground world of street art from the comfort of their couches. Suddenly these artists’ styles became part of the visual vocabulary of the entire world. 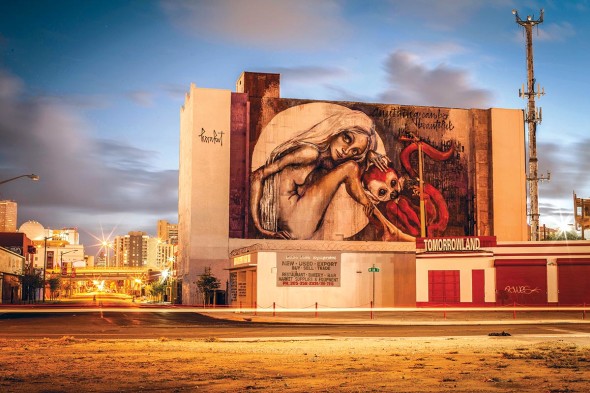 In conjunction with the outdoor projects going on around town, Tinney Contemporary will host a guest-curated exhibition by Greif and Lobatz. The duo has organized a number of exceptional studio paintings from leading Urban Contemporary artists Logan Hicks, C215, Niels “Shoe” Meulman, DALeast, Augustine Kofie, and Adele Renault among others. In addition to the works for sale, Greif will hang his very own Banksy rat. Greif, who wanted to preserve it and gift it to a museum, had the painting on cedar-panel siding removed from a Haight Street business in San Francisco. In his forthcoming documentary $aving Banksy, Greif explains how after several years and $50,000 he has not been able to find a suitable home for this significant work. Take heed, if you’ve never seen a Banksy up close, this is your chance.

The rat on display at Tinney Contemporary is one of his most recognized recurring subjects. While Banksy obfuscates his identity, he has provided an origin story for the vermin, which suggests the rodent represents the artist himself: “Attributed to an increase in junk food waste, ambient radiation and hardcore urban rap music these creatures have evolved at an unprecedented rate. Termed the Banksus Militus Vandalus they are impervious to all modern methods of pest control and mark their territory with a series of elaborate signs.” Banksy’s murals explore inequalities, injustices, urbanization, war, and also the beautiful side of life. His simple forms are imbued with dark humor, irony, and unique juxtapositions that make his work easily understood by a global audience. Greif’s rat was originally composed alongside the words “This is where I draw the line.” Although that phrase was left on the wall, the essence of protest remains in the rat’s hat featuring a single star popularly recognized as the same one worn by communist revolutionary Che Guevara. 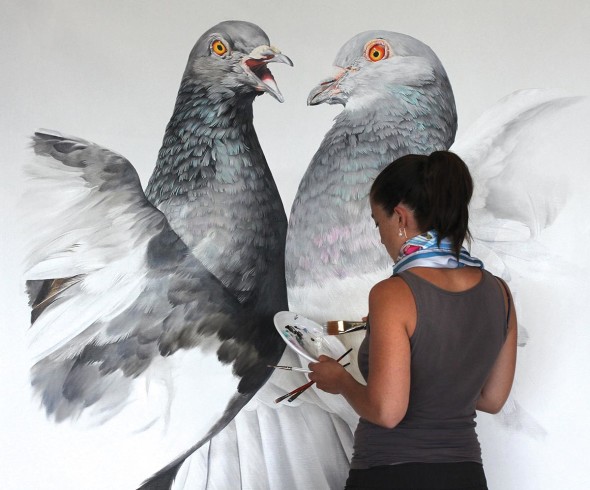 The Nashville Walls Project will present international professional artists who make a living through commissions that garner four to six figures. These muralists are sought after for their unique styles and reputations, and the participating business owners welcome the chance to provide public art for Nashville residents and tourists. Everyone is encouraged to stop by and watch the artists as they work, and Greif has interactive programming planned.

The first round of murals for the Nashville Walls Project will be painted May 1 through May 8 downtown in a three-block area around 5th Avenue of the Arts. Greif has organized the artists to present a variety of styles in close proximity. First to arrive is the German duo Hera and Akut known as Herakut who will paint on the Cornerstone building on 6th Avenue facing the Hermitage Hotel. Using their signature subdued palette and elongated figures entangled with fantastical zoomorphic designs, they will create visual poetry. To make the mural meaningful for Nashville, they will immerse themselves within the community before they begin. 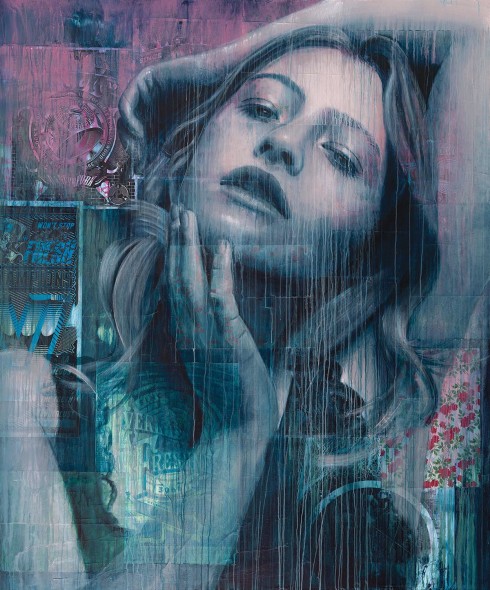 Rone, Forget The Past

On the other side of the Cornerstone building facing the parking lot on 6th Avenue, Australia’s famed muralist Rone will make his mark. Expect to see his distinctive closely cropped women’s faces designed to gaze at and astound passersby. Turn the corner and on a large white parking garage on 5th between Church and Commerce see Dutch artist Niels “Shoe” Meulman creating his unique, loosely rendered abstractions that impact immediately and vault the viewer out of everyday experience.

The plan for the project is long term. The second series of international artists participating in the Nashville Walls Project is scheduled to begin in June. So far, UK contemporary artist Hush, San Francisco muralists Mars1 and Mike Shine, and Curiot from Mexico have confirmed that they are coming to show off their skills in Nashville.

There is certainly room for the project to grow. Lobatz, who lives in San Francisco, says that she’s enjoyed getting to know Nashville while working with Greif to plan this project and wants to co

ntinue building a presence here. “It’s been exciting to share my enthusiasm for Nashville with artists around the world.

The city seems really committed to its art community.”

Brandon Donahue and Herb Williams will be curating walls for local artists in June and are also planning to make new art for the project. Keep an eye out for their murals and others around the city. Greif seeks to build the prevalence of large-scale wall art by linking artists with business owners and city leaders.

“The murals to come are part of a much larger tradition of wall paintings. To consider them in context, you must acknowledge the role of this type of art throughout the Western history of art —to broadly communicate to all who pass. “ 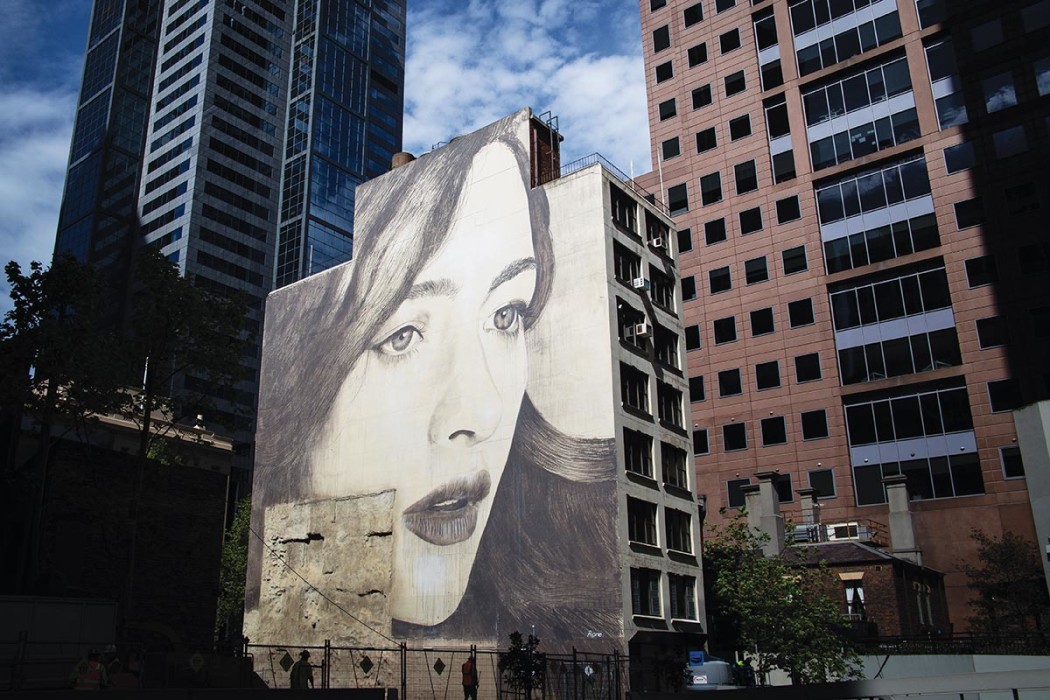 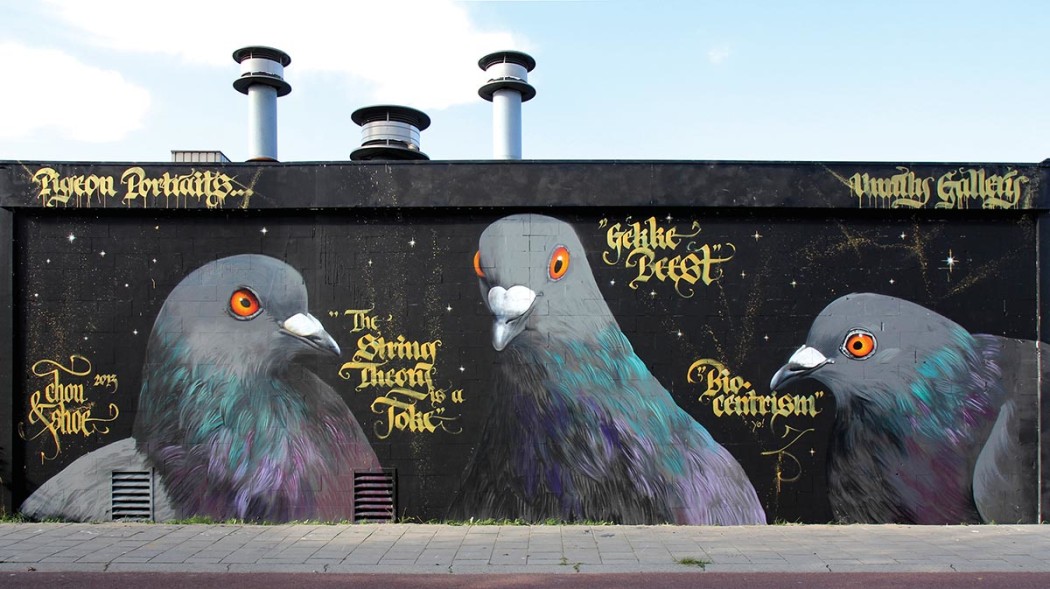 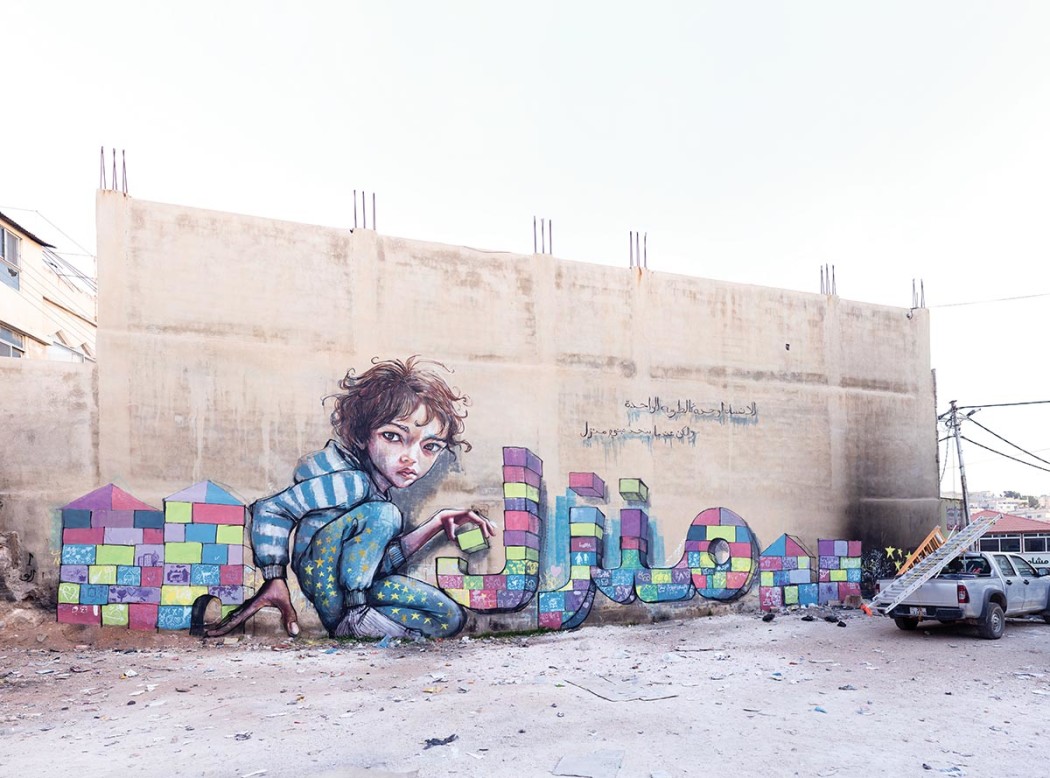 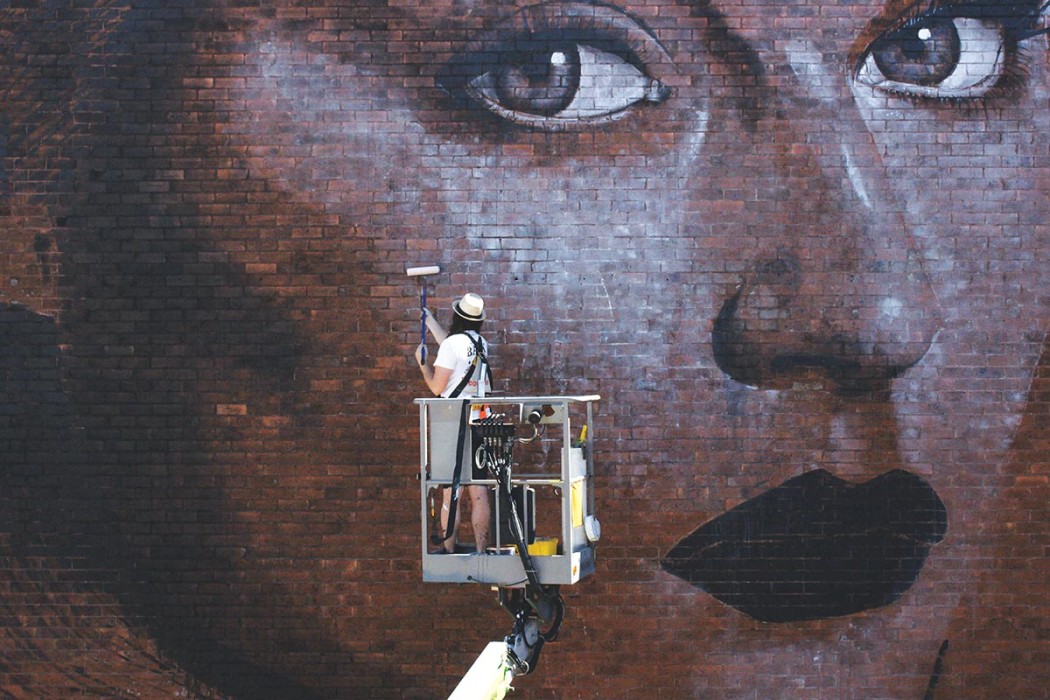 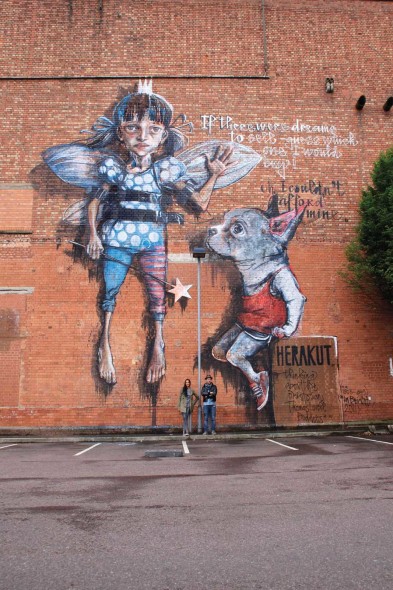 Go to www.facebook.com/NashvilleWallsProject for more information and updates about the Nashville Walls project.

The following artists will be painting in Nashville May 1–6 at these locations:

Herakut and Rone will be at the Cornerstone Square Building at the corner of 6th Avenue and Church Street.

Niels “Shoe” Meulman will be at the parking garage on 5th Avenue between Commerce and Church Street.

Adele Renault will be in the lobby of the Kress Building at 239 5th Avenue North.

Anyone who’d like to propose a mural should email NashvilleWallsProject@gmail.com for more information. For those who’d like to show off their existing wall art from around town, tag Nashville Walls Project on photographs uploaded to Facebook.