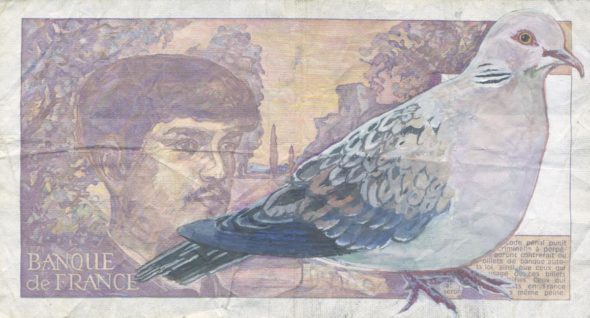 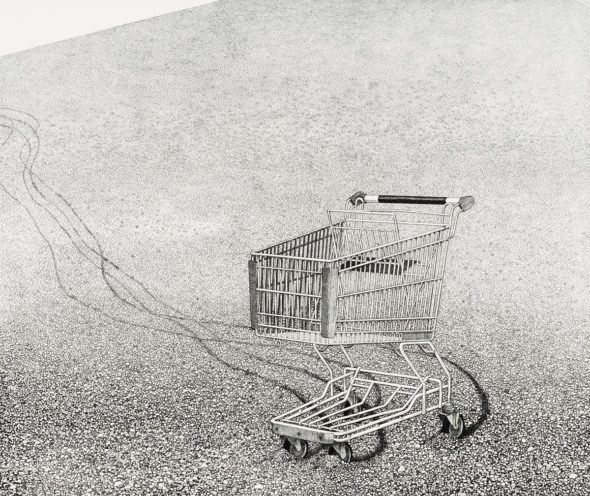 The exhibition itself forms a show as diverse in medium as it is in conceptual range: emerging as well as established voices in the international contemporary art scene discuss ideas of belief and construction, decay and change, process and improbable action. With each artist paired with their referred counterpart, the exhibit forms a unique look at the cross-dialogue of seeing through an artist’s fascination and into the deeper threads that weave through contemporary workmaking.

Hanna von Goeler’s conceptual foundations span issues of travel, displacement, historical context, and communication, pulling her thoughtful and forward lines of questioning through sculptural installations, built works, and two- dimensional works on paper and currency. By altering these objects—particularly in the investigation of currency displayed for Artists Select—von Goeler questions their utilitarian purposes while elevating the rituals of their use to new heights. If currency exists primarily as a system of belief (supported by manmade conceptual structures such as national boundaries, fiscal value, and built history: all “attachments” that von Goeler explains form both “entrapments and contradictions” in cultural narrative), through her painted alterations von Goeler asks the viewer to reconsider how these seemingly static values are in constant flux and evolution. They become “between” the current world and something new, borrowing our visual language even as they challenge its roots. When set beside Cumberland Gallery artist Lori Fields’ expressive, imaginative works, whose content explores open-ended narrative and ambiguity through archetype and symbolism, the twin pairing creates a new space, something parallel to our world and yet open and different, for the viewer to engage.

Cumberland Gallery artist Tom Pfannerstill has long been known for his gorgeous and detailed trompe l’oeil depictions of found objects: crushed cans, battered boxes, and trampled waste. His elevation of the discarded creates an easy conversation about consumerism and carelessness, but their deeper vein of inquiry reflects on the scarification of time and the accumulation of history that invades the character of these objects. “Each of these objects was at one time a near-perfect clone,” Pfannerstill describes. “By the time I find it, it has become a tiny study of opposing forces. […] The inherent rationality is overlaid with elements of chance.” This fascination with the patina of weathering strides easily into the work of Pfannerstill’s companion artist Caroline Waite, whose assemblage pieces draw from a versatile collection of found and cherished pieces. Highlighting the subtle, Waite’s sculptures create small, intimate interactions of observation and wonder, pulling the viewer to examine otherwise ignored elements in new, curated environments. For both, the act of discovering and cataloging the work forms a vital conversation to the process, rethinking the object in a series of studied evaluations. 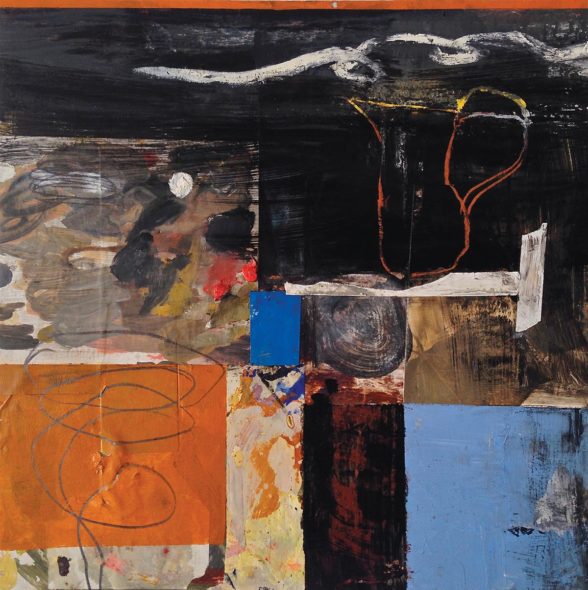 A similar companionship exists within the paired works of Cumberland Gallery artist Bob Nugent and his counterpart Mark Eanes. Both engage an energetic markmaking as part of their painting processes, layering a fury of loops, pulled paint, dripping, and scraping through their conversations of paint. Dynamic and vocal, the pieces reflect the movements of the artist’s body and the labor of painting. Nugent’s work diverges into the stylized and representational, remarking on his trips through the Amazon River Basin in dollops that resemble flora, borrow illustration, or evoke landscape. For Eanes, the work pulls back into observation and expression, the individual nuances of the hand that provide a more open-ended journey through discovery and process.

“The exhibition itself forms a show as diverse in medium as it is in conceptual range.”

Artists Select 2016 is on view through May 21 from 10 am to 5 pm Tuesdays through Saturdays at Cumberland Gallery, located at 4107 Hillsboro Circle, Nashville, TN 37215. For more information, visit www.cumberlandgallery.com.