Intersection, Nashville’s contemporary music ensemble, closed their season on April 28 with Key of Intensity, a concert featuring works written for the ondes Martenot, a monophonic electronic instrument invented by Maurice Martenot. Including for one number dancers in Rebecca Allen’s choreography, the evening proved to be interesting, entertaining, and cool—all that we’ve come to expect from Intersection. 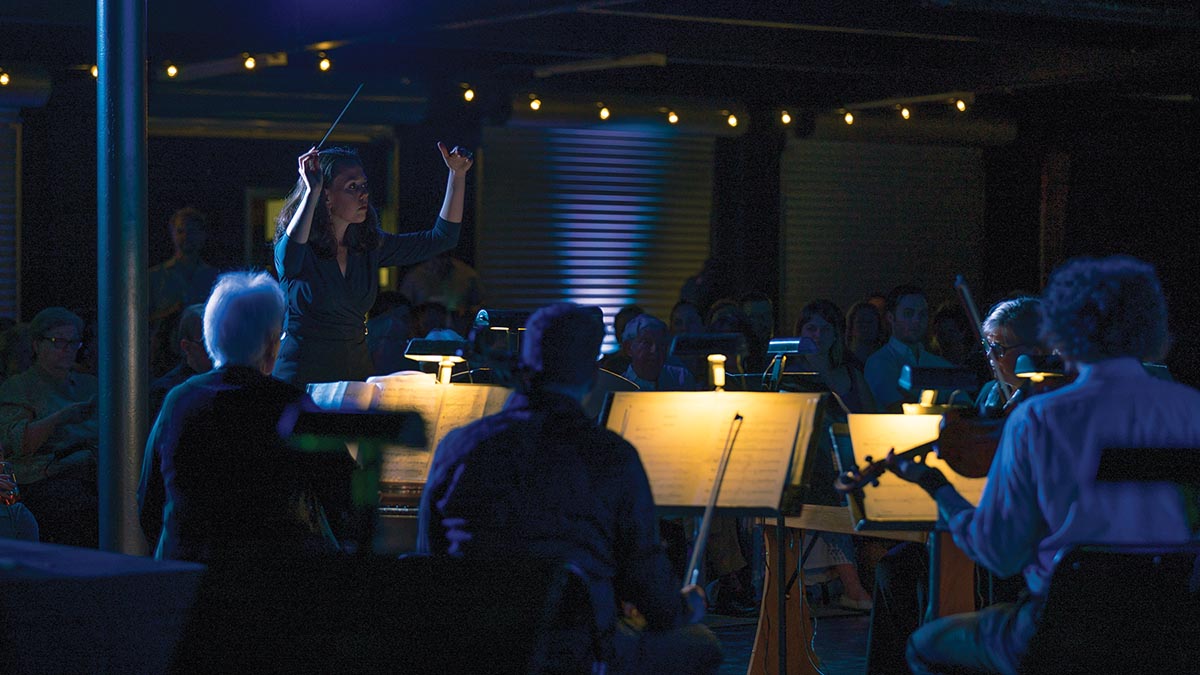 Key of Intensity performance by Intersection; Photograph by Alex Ferrari

The first piece, a suite written by Darius Milhaud in 1933, emphasized the instrument’s lyrical quality, while the second, Mach 2,5 (1971) by Tristan Murail, dealt with the instrument’s sound from a textural standpoint, a kind of spectral music that emphasized sound as a “haze” and “moving mass.” Then came Jonny Greenwood’s Smear (2004), which combined both approaches and seemed most successful at finding a blend that could accommodate and complement the ondes idiomatic timbre and lyricism. The detail and delicacy that Maestra Corcoran drew from her ensemble, especially Chris Miller’s buttery clarinet and the two ondistas, Marie Bernard and Estelle Lemire, was extraordinary.

This detail was especially important in Alain Lalonde’s Glissements, tourments, et ravissements (1988). The ensemble was balanced on both ends by the eloquent phrasing and dynamic control of trombonists David Loucky and Phillip Jones, while Allen’s dancers actualized Lalonde’s music in a passionate and self-reflective (they had a video camera) cycle of anxiety and uncertainty. Allen’s choreography, Kat 5, was written to mark the tenth anniversary of Katrina, and in hindsight, one can see that. However, one can also see the work transcending that context as an absolute dance piece, emphasizing the human condition in moments of tragedy—its need to watch, to exclude, to find community.

The evening ended with an excellent performance of Claude Vivier’s Pulau Dewata (1977), a warm, percussive piece written in tribute to the Balinese culture.

Late this summer look for Intersection at Cheekwood with works inspired by Steve Tobin and another dance collaboration with New Dialect.