“The flexible warehouse space at OZ Arts provides artists with an opportunity to create unique environments that engage curious audiences. MAPs is a fascinating, immersive experiment for both the artists/makers and the visitors.” —Lauren Snelling, Artistic Director, OZ Arts Nashville 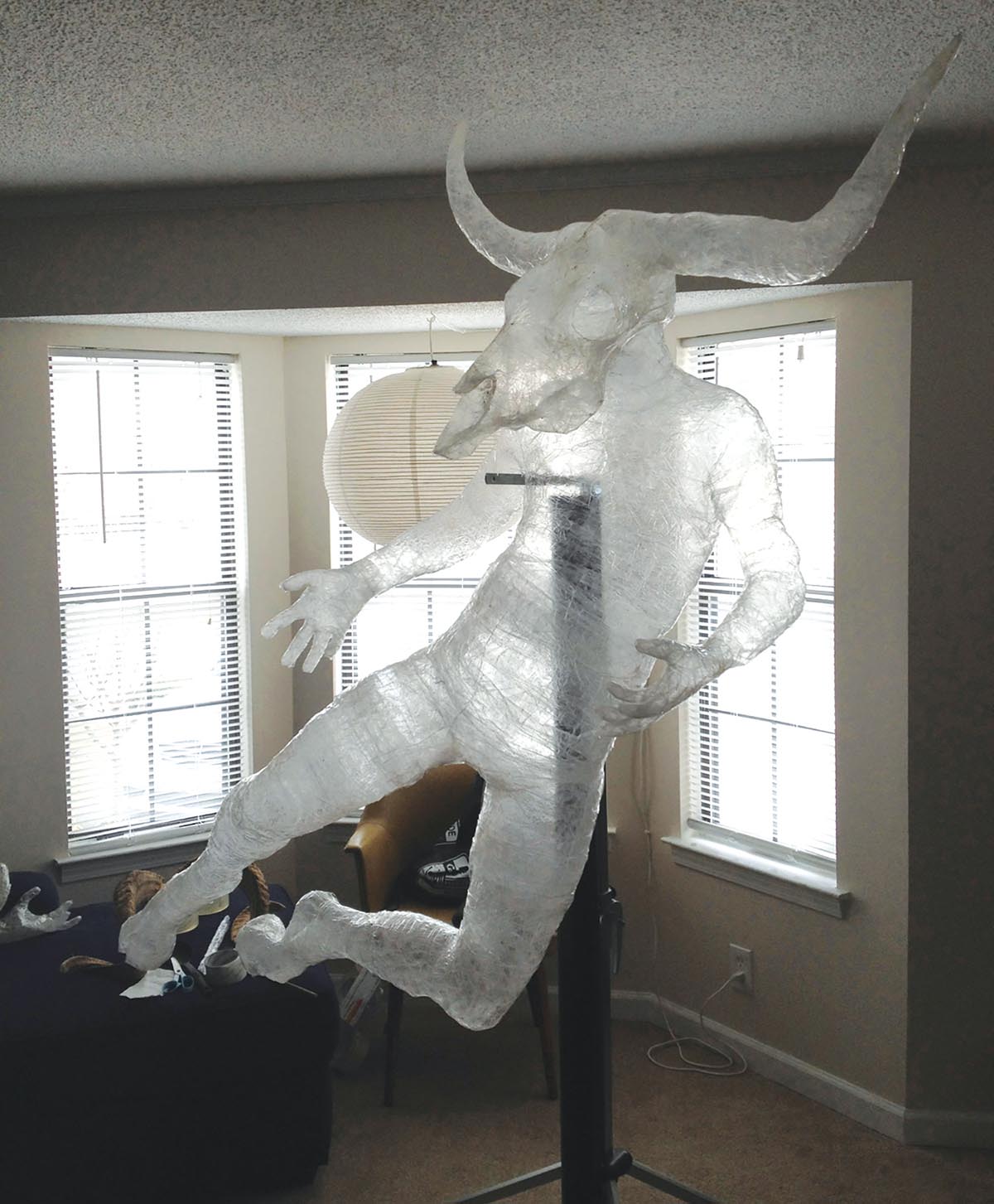 Producer of such events as The Circuit Benders Ball, Bring Your Own Beamer, and Modular Art Pods (MAPs), Tony Youngblood is known for his ability to wow an audience. His Theatre Intangible blog distills Nashville avant-garde culture and shares opportunities to get creative—usually with technology. Youngblood thrives on the new and the incredible, and the upcoming presentation of MAPs at OZ will be sure to take his creative vision to new heights.

How did you conceive of creating MAPs?

I’ve always been attracted to exploratory experiences. Growing up, my favorite TV shows were Fraggle Rock and Star Trek: The Next Generation largely because of the seemingly endless cave systems and starship hallways/Jefferies tubes, respectively. St. Louis’s City Museum and the Dialogue in the Dark exhibition were big influences. I also have a love for haunted houses, a long-running form of immersive art that never gets classified as such. Experiential art brings a new dimension to art. You have to go through it. Done well, it can be a rite of passage.

But the idea germinated at local art openings. I thought, it’s hard to have an experience with the art because of all the socializing, the free wine, etc. Then I wondered what it would be like if the gallery was so small that only one person could fit inside. You would be forced to confront the art. 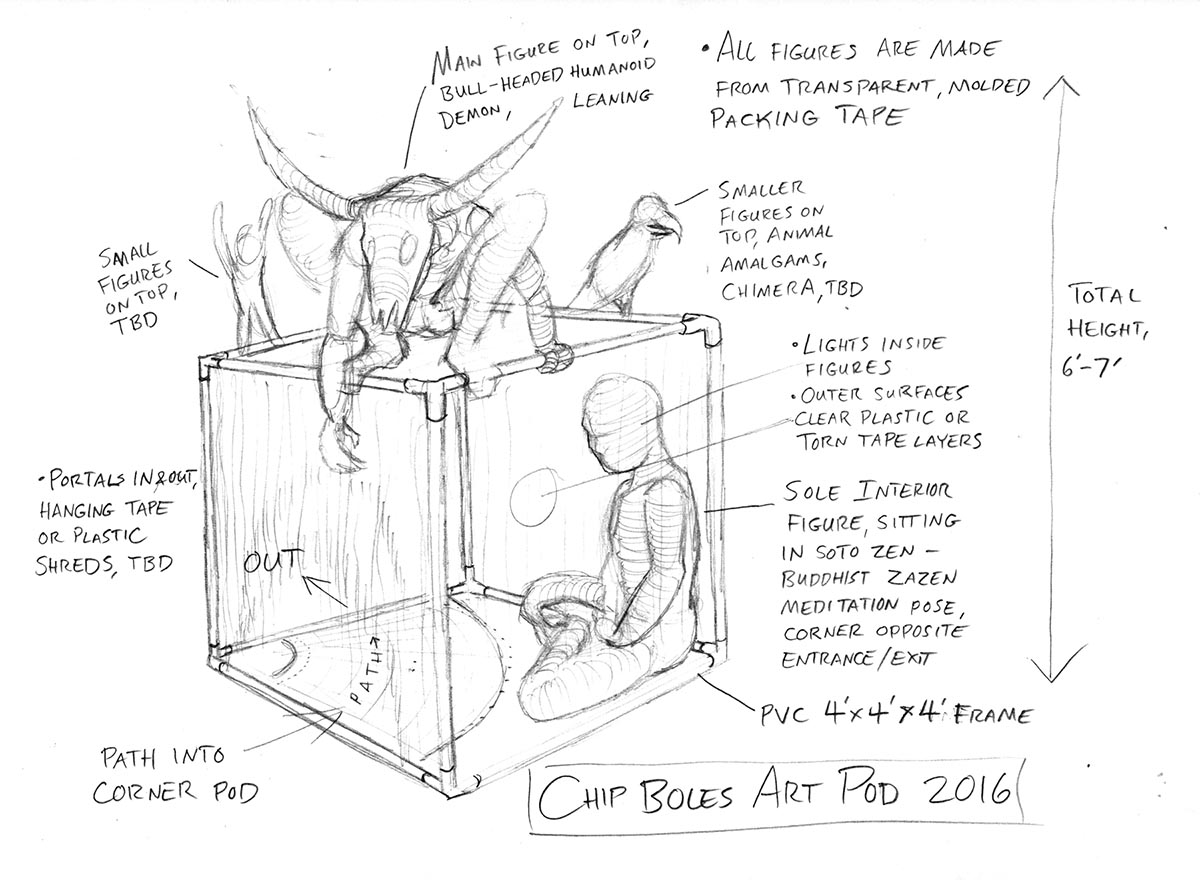 Also, most artists don’t have the financial means to make room-sized experiential art, but a four-foot cube can be made for cheap. Then, when you connect these tubes into a tunnel, something exciting happens. The whole becomes greater than the parts. The exhibit forms a narrative that no individual artist or curator can foresee. 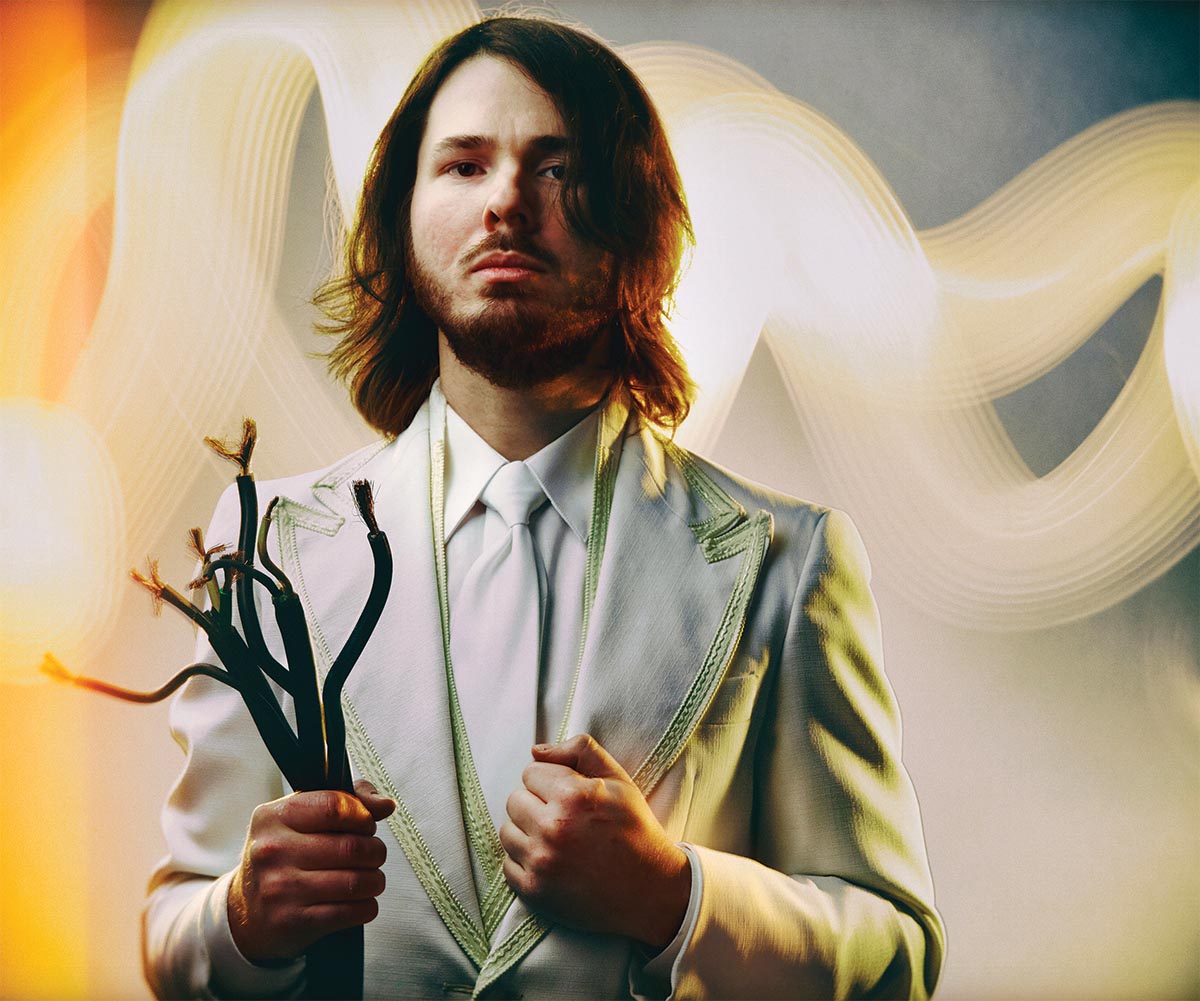 A Modular Art Pod is a tiny room, anywhere from four feet cubed to ten feet cubed, with entry and exit doors, containing art. In most cases, the room is part of the art. The walls can be made out of anything. Building materials for the OZ edition include foam, PVC pipe, cardboard, squirrel traps, electrical boxes, quilts, doll houses, packing tape, and much more. It’s modular because the pods are built separately and can be connected in any order.

What’s not a Modular Art Pod?

Work hanging on the wall. Unless it is hanging on a tiny wall . . . inside an art pod.

You are curating a collection of artworks to be displayed as a tunnel in an installation style, but the presentation and concept seem to defy the usual art-on-walls connotation of “exhibit.” Is it an exhibit? How do you categorize this type of participatory art event?

Good question. You could call it an exhibit, immersive art, interactive art, experiential art; they all apply.

MAPs publicly debuted at abrasiveMedia during Arts & Music @ Wedgewood/Houston in February 2015. Were you certain that it was going to work? What efforts and challenges were involved in coordinating artists to participate in your project?

We intended the abrasiveMedia show to be in many ways a test run for the idea. It was supposed to be low profile. But we were astonished by the turnout. The line to get in stretched down Chestnut Station’s entire long hallway, and some people waited two hours to crawl through.

I ask myself why the first show was so successful. I believe it is because people are natural explorers, and there is very little exploratory art in Nashville (with the exception of the wonderful Adventure Science Center.) Also, people are conditioned to believe that getting on your hands and knees is something only kids do, and an exhibit such as this gives adults the excuse to crawl around.

With that first show, we learned what worked and what didn’t. For example, the fact that the pods were assembled in one long tunnel created congestion. If one person stopped, everyone had to stop. This time, we’re breaking the pods up into mini-tunnels of four to six pods each. We call these sections “Levels,” like levels in a video game, and they each will have their own name and loose theme (ex. “Spies,” “The Sound of Colors,” “Trials,” and “Play.”) 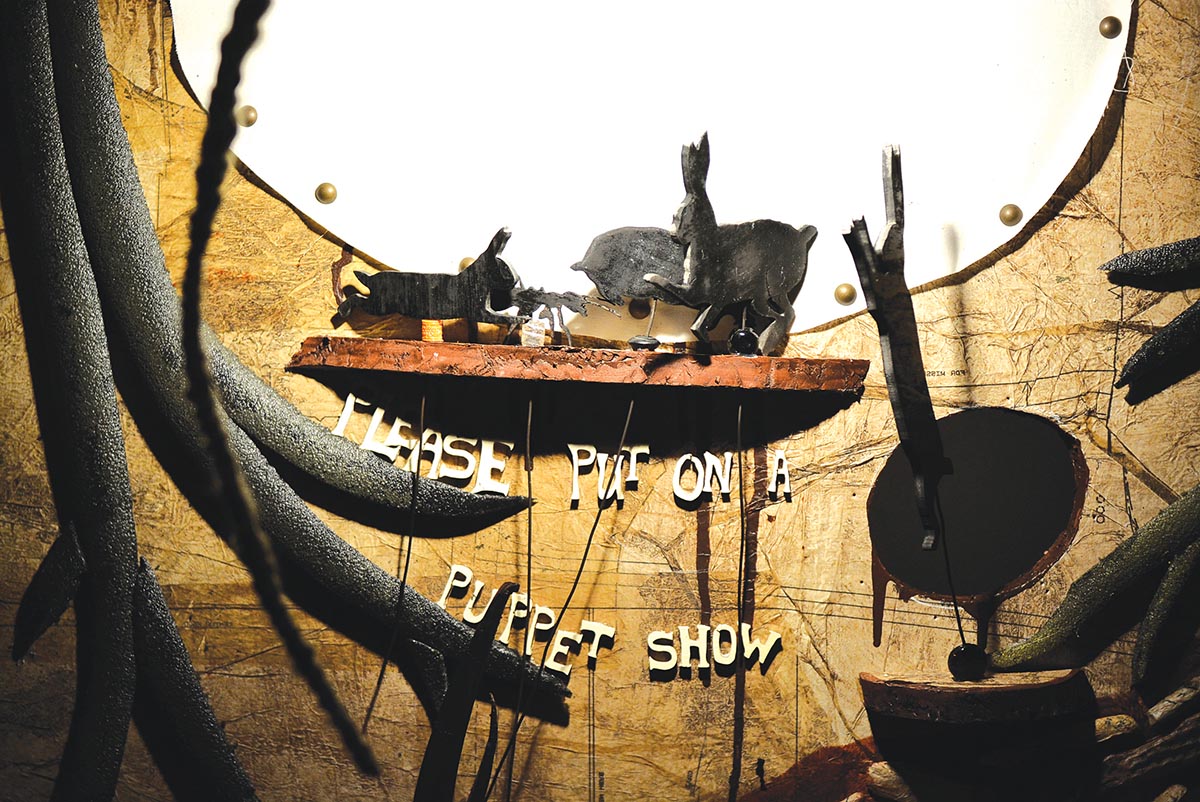 Could you elaborate and contextualize MAPs within the larger immersive art movements going on now? How is it similar to and different than what you’ve seen around the country?

When I started developing MAPs, I wasn’t really aware of the immersive art movement. I don’t think I’d even heard of the term, even though shows like Sleep No More had been running for a long time. I had been to City Museum and loved it, but I thought of it more as a highly creative adult playground. But then I discovered Sleep No More and got to attend a show. I was equal parts jealous that they came up with it first and floored by the potential that immersive art offers. In March, I got to see two immersive art shows by Third Rail: Then She Fell and The Grand Paradise. With these shows, the experience with the actors and movement artists is the key. With MAPs, the experience with the tiny universes that the pod artists construct is the key. That’s what makes us unique: there isn’t one designer but many. The thing that made me happiest about the first MAPs was seeing this art microcosm spring up in a matter of hours. Over here we had an inverted sinkhole that was neighbor to a coral reef. And over there was a castle guarded by squirrels next to a psychedelic shower with pulsing lights. It felt magical, and we hope to rekindle that magic for five days at OZ. 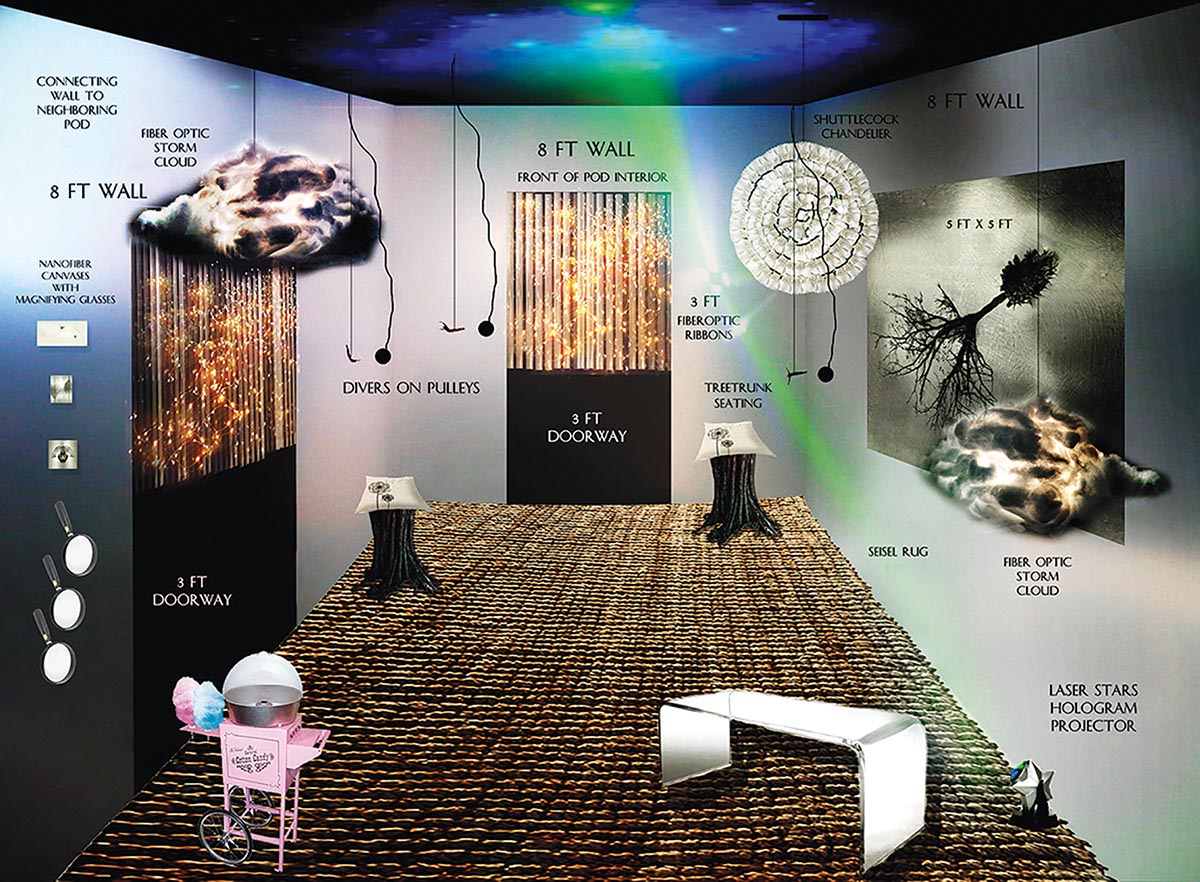 You put out a call for artists for the OZ exhibit. I imagine you had a huge response. What types of artists applied?

What were some of the primary factors you looked for when selecting from the pool of applicants?

The big factor was if the idea felt like a total environment. We tried to avoid pods that just felt like ways to display the artists’ non-pod art. Strong pods have a central idea, even if it’s a simple one. 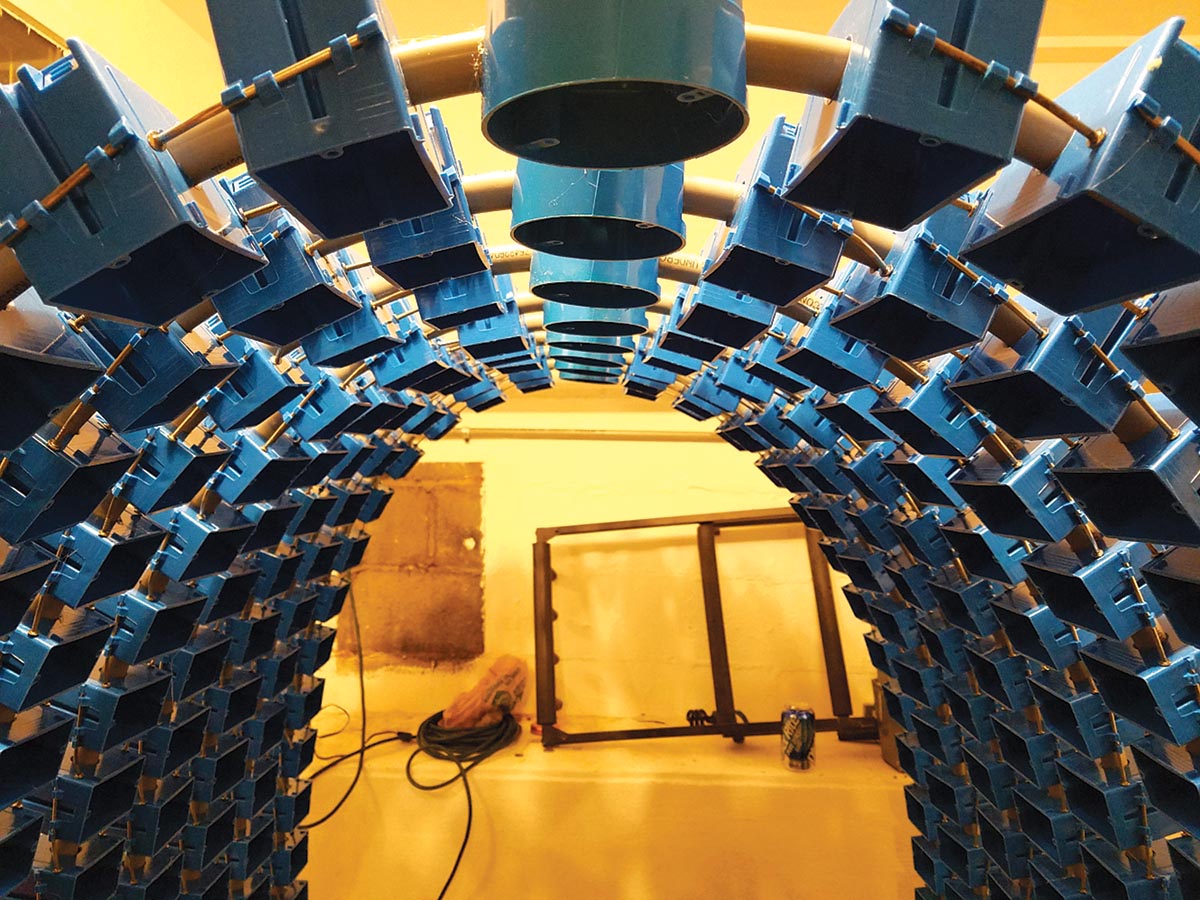 The pods provide a creative challenge for artists to transform their styles and ideas into a particular space. What do participants say about their experience making and sharing their art pods? How many artists are building MAPs for OZ right now?

There are approximately 80 artists making 60 pods. Additionally, we have 17 groups of performers taking shifts in two special performance pods.The feedback I’ve heard from the artists is that the experience of building a pod is more challenging than they originally thought. And then watching people experience their pods was enormously instructive in what worked and what to improve for next time. Nearly all of the artists were glad they participated, and many of the original MAPs artists are coming back for the show at OZ. We rely heavily on artist input, and many of the changes we’re implementing this round were directly due to the artists’ suggestions. This is very much a group effort. 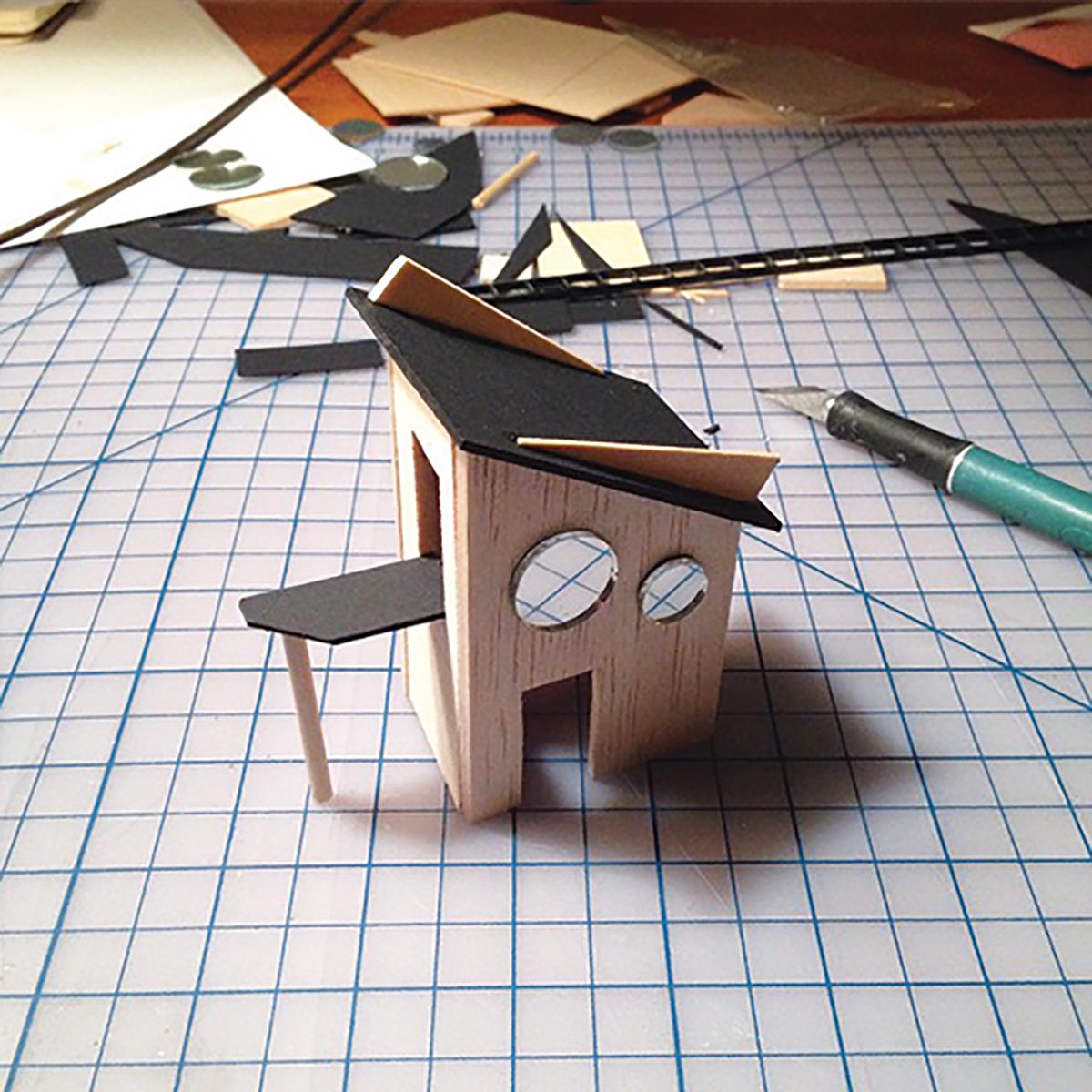 Part of MAPs is incorporating interactive aspects for people who prefer to walk outside the pod walls. At the abrasiveMedia show, I enjoyed walking along the exterior, peeking into the mini galleries and sharing smiles with passing crawlers. Why was unifying the inside and outside important to you?

Many people are not able to crawl through the pods, and we didn’t want to exclude anyone from enjoying the show. The idea of the backlot tour was to create a parallel experience that was different from the tunnel but equally enjoyable. The outsides of the pods contain additional artwork, peepholes looking inside, and ways to interact with the crawlers. If you like, you can imagine the crawlers as the lab rats and the backlot tourers as the scientists peering in.

For the OZ show, we also have several accessible levels planned. These levels feature larger pods that are walkable with doors big enough for wheelchairs to fit through. If you go to ModularArtPods.com, you can click the “Accessibility” tab to learn more. 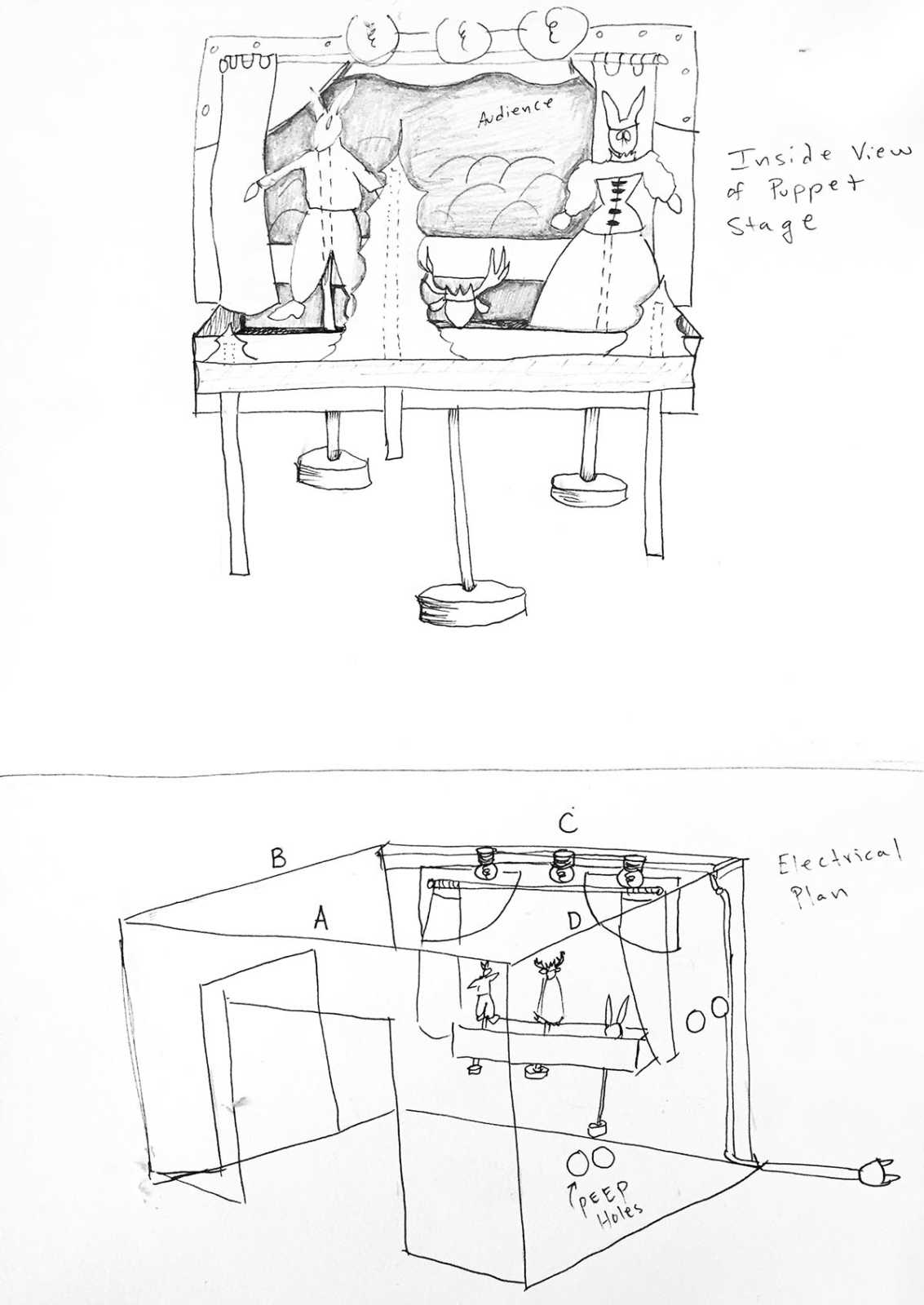 What changes can we expect from the first presentation of the MAPs to the upcoming one at OZ?

The OZ show will feature twice as many pods as the abrasiveMedia show. The pods will be broken up into ten levels of four to six pods each, which will ease congestion and give people the ability to choose their own adventure. Since the abrasiveMedia show was only for one day, many artists performed in their pods. Since the OZ show is for one week, obviously we can’t ask the artists to perform in their pods for a week. But we wanted to keep the intimate aspect of performance art. So we devised two special performance pods that will feature a rotating cast of actors, movement artists, musicians, performance artists, and projection artists. Every time you come to the show, you’ll see something new.

What is your plan for MAPs? Where will we see them next?

I wanted to make MAPs open source so anyone could put one on anywhere. As such, I licensed it under Creative Commons– Attribution–Share Alike. In this respect, I was inspired by the open source ideas Bring Your Own Beamer and No Media. There’s talk of Queen Ave Art putting on their own MAPs. If artists in other cities put on their own independent MAPs, that would make me ecstatic. 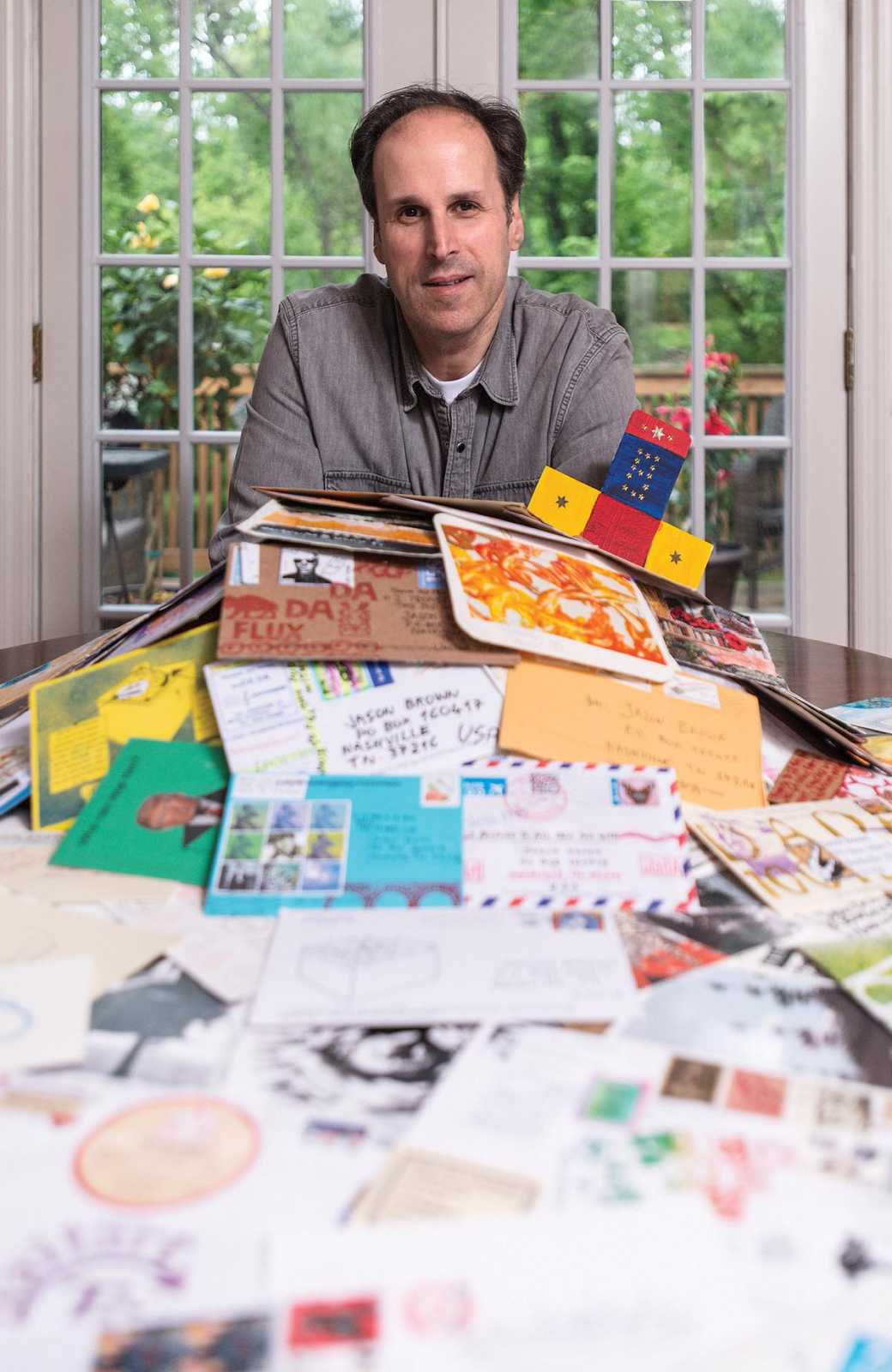 Jason Brown and postal art entries for his pod; Photograph by Jerry Atnip

OZ Arts Nashville’s TNT presentation Modular Art Pods will feature special performances with $15 tickets on June 23 from 6 to 8 p.m. Crawl through or walk around the installation for free June 21–25, 11 a.m. to 8 p.m. For more about Tony Youngblood and MAPs, visit www.theatreintangible.com and www.ozartsnashville.org. Please note: children must be accompanied by an adult as the content of some pods contains adult themes.