As a photojournalist you never know what situation you’re about to walk into. I have done that for 35 years. As a fine art photographer I like to stick to my journalism roots, and that heavily influences my process. 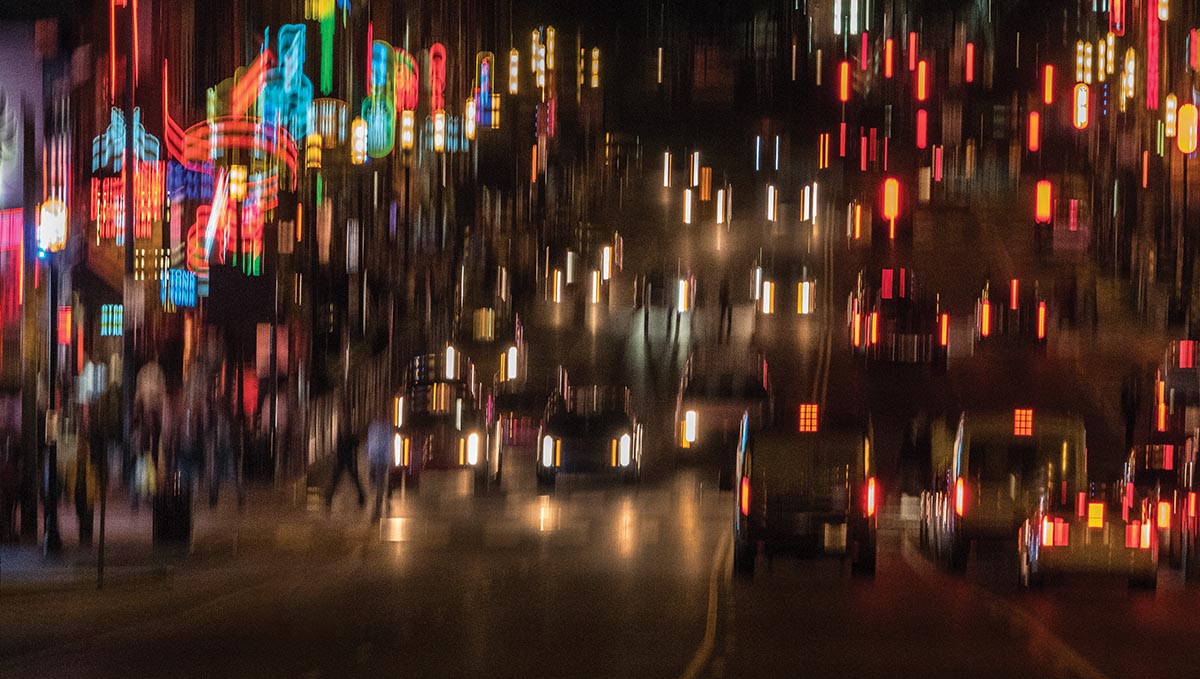 12:01a.m. the lights and traffic of Lower Broadway

Serendipity also plays a major role in the process. I have to be present in the moment and allow for happenstance, holding the belief that I’m going to get the photograph every time. I really do trust in that. I try not to think about it much, because if you over think, you won’t get your pictures. Once I get there, things happen. I call it Zen Photography—reacting to whatever is in front of you. 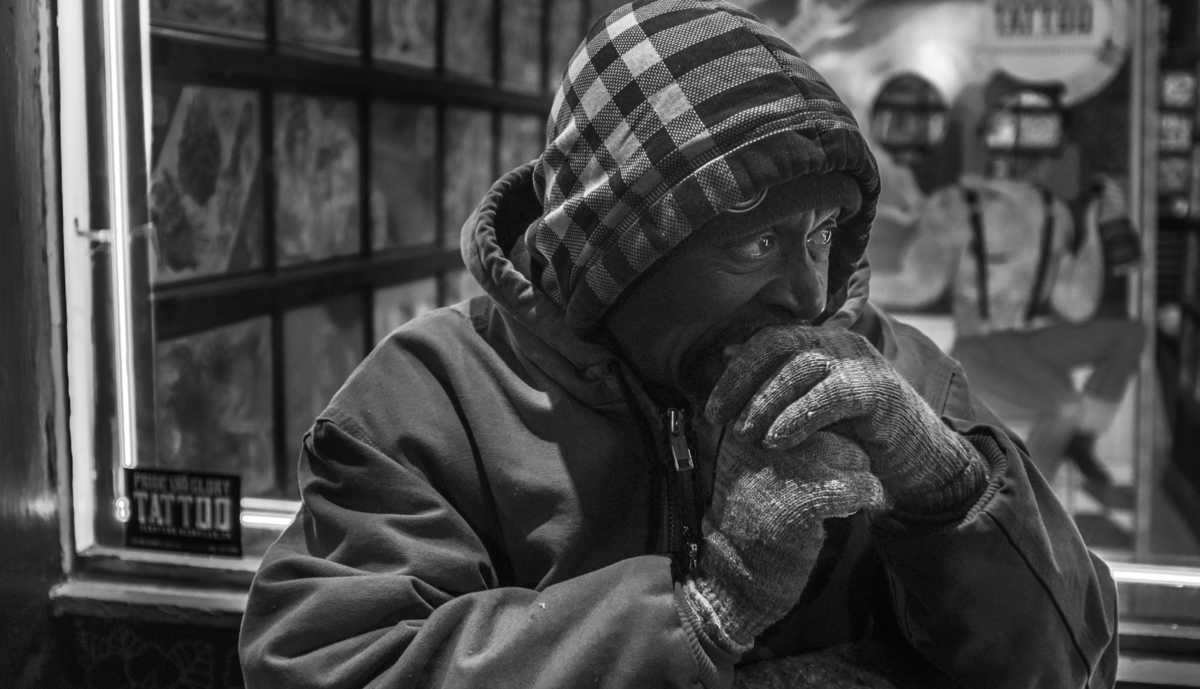 1:00 a.m. Michael, a homeless man, hangs out on Second Avenue

An example of this is the shot taken inside Skull’s Rainbow Room. When I arrived the place was packed, and I couldn’t get in. I went around to the side door and asked a waitress on a smoke break if she could get me in. I made it in just in time to take the shot of the dancer on stage with the woman in the audience covering her husband’s eyes. 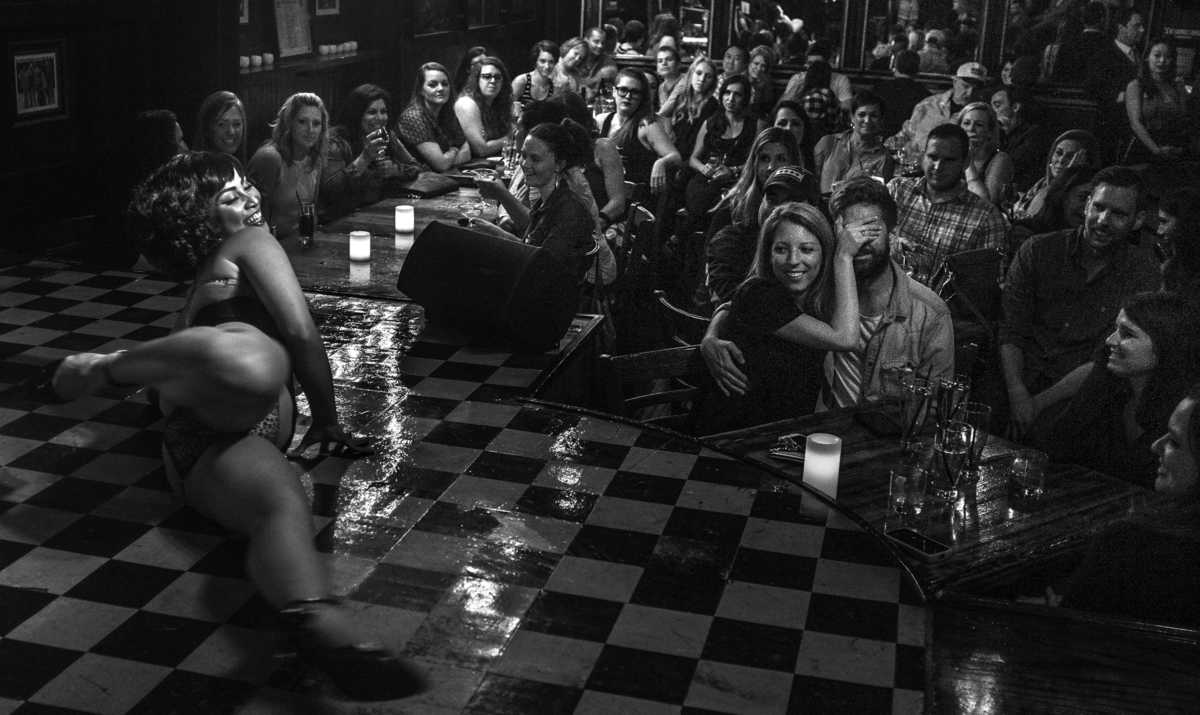 Sometimes you can write the narrative by allowing the environment around the subject to influence the picture. For example, the photo taken at Play in the dressing room uses the wall of wigs to tell the story. 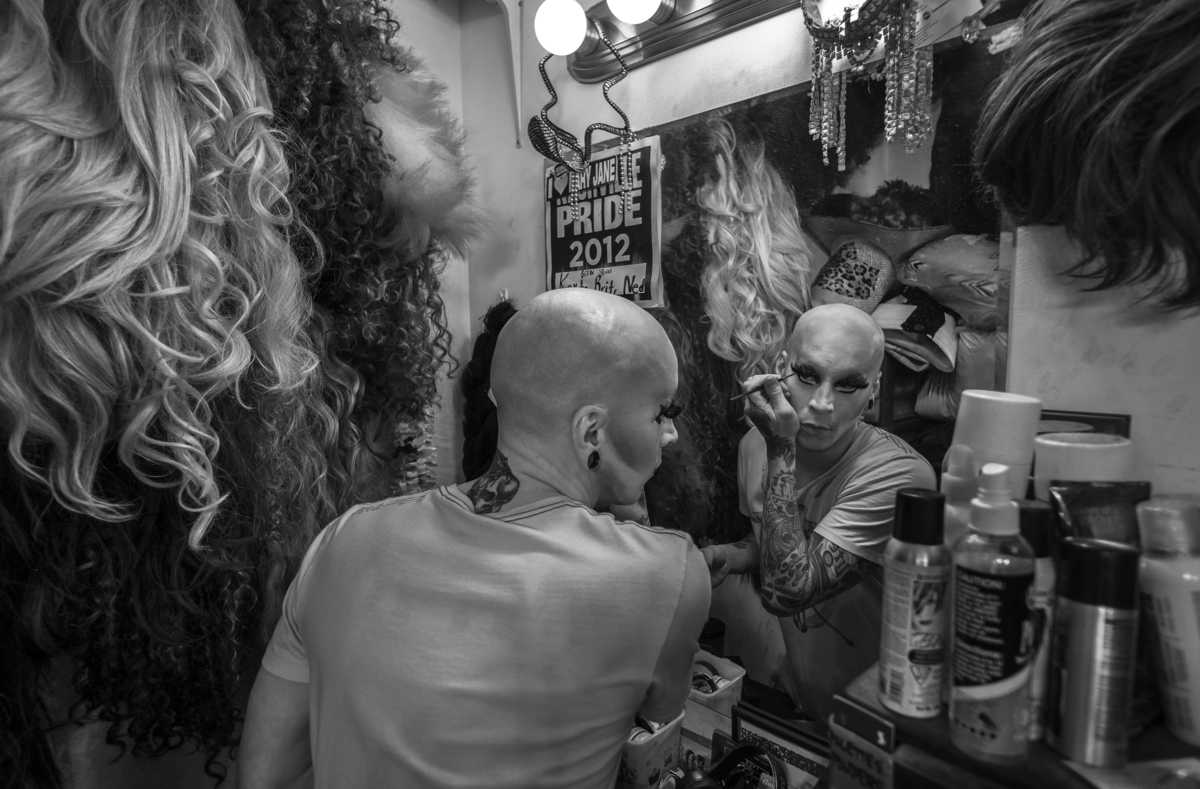 10:15 p.m. in the dressing room at Play Dance Bar, Adam Biga, AKA The Princess, gets ready for the Drag show

But the single thread that ties the series together is people—people in different environments and at different stages of life. That’s at the heart of my work. 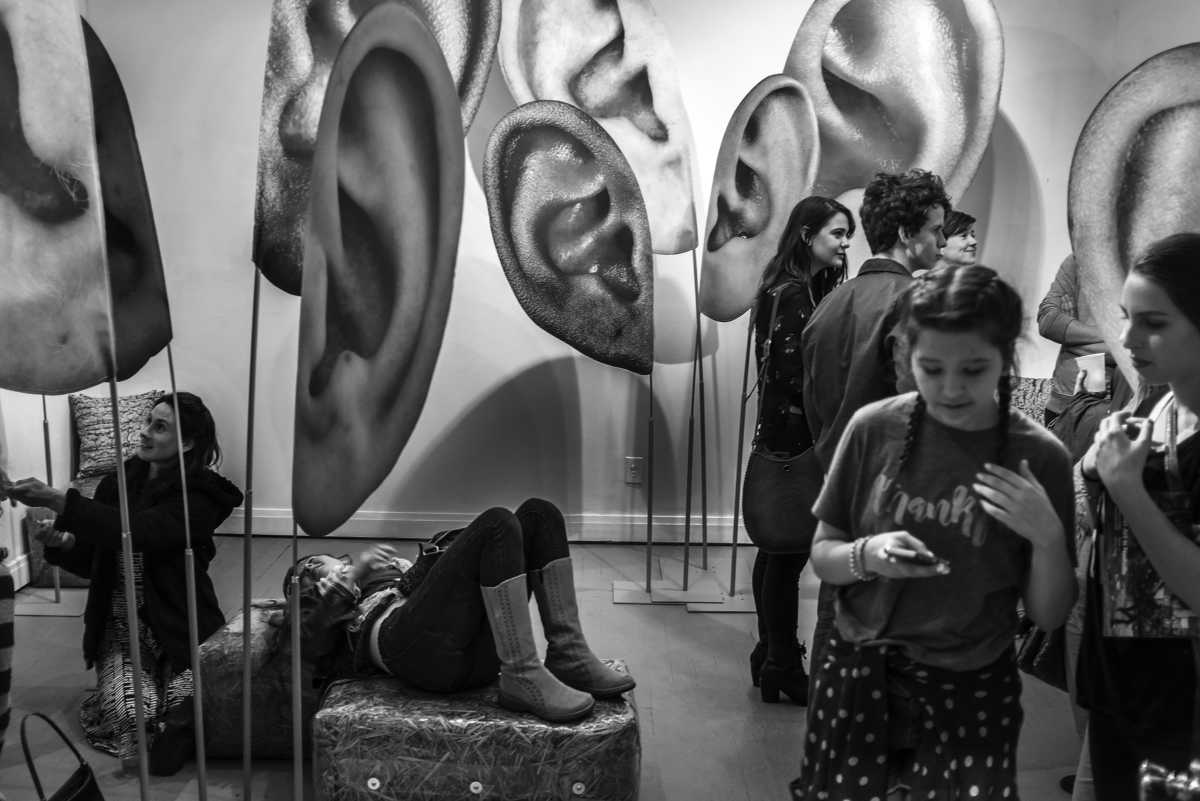 7:45 p.m People wander through ears during an art show at the Arcade in downtown Nashville 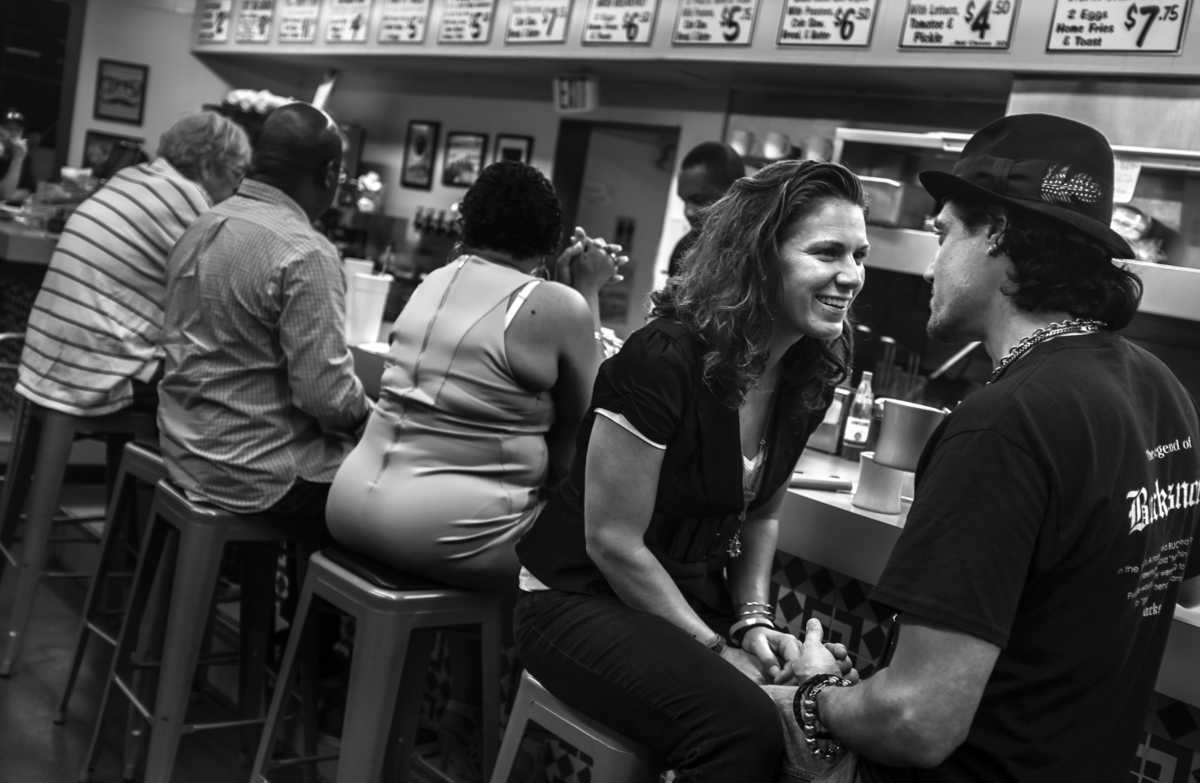 3:00 a.m. Elizabeth Stamps talks with her boyfriend Jace Aaron at the Hermitage Café 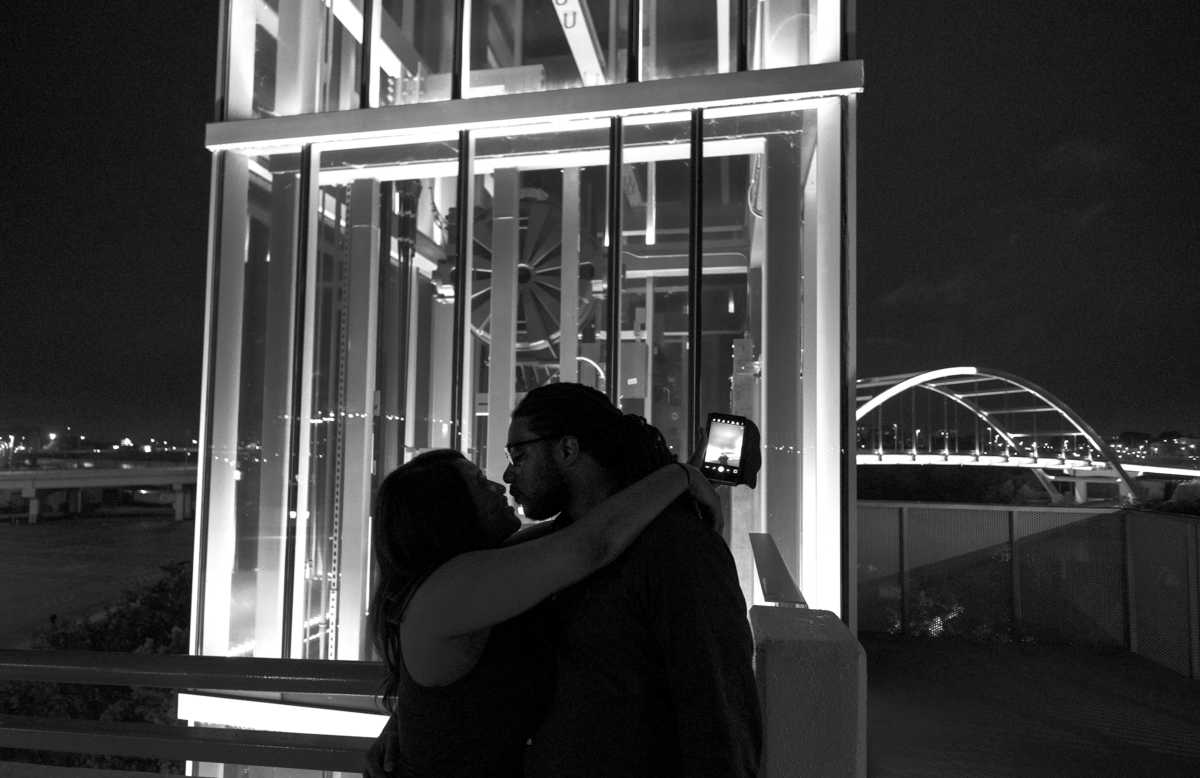 10:30 p.m. A couple kisses on the John Seigenthaler Pedestrian Bridge 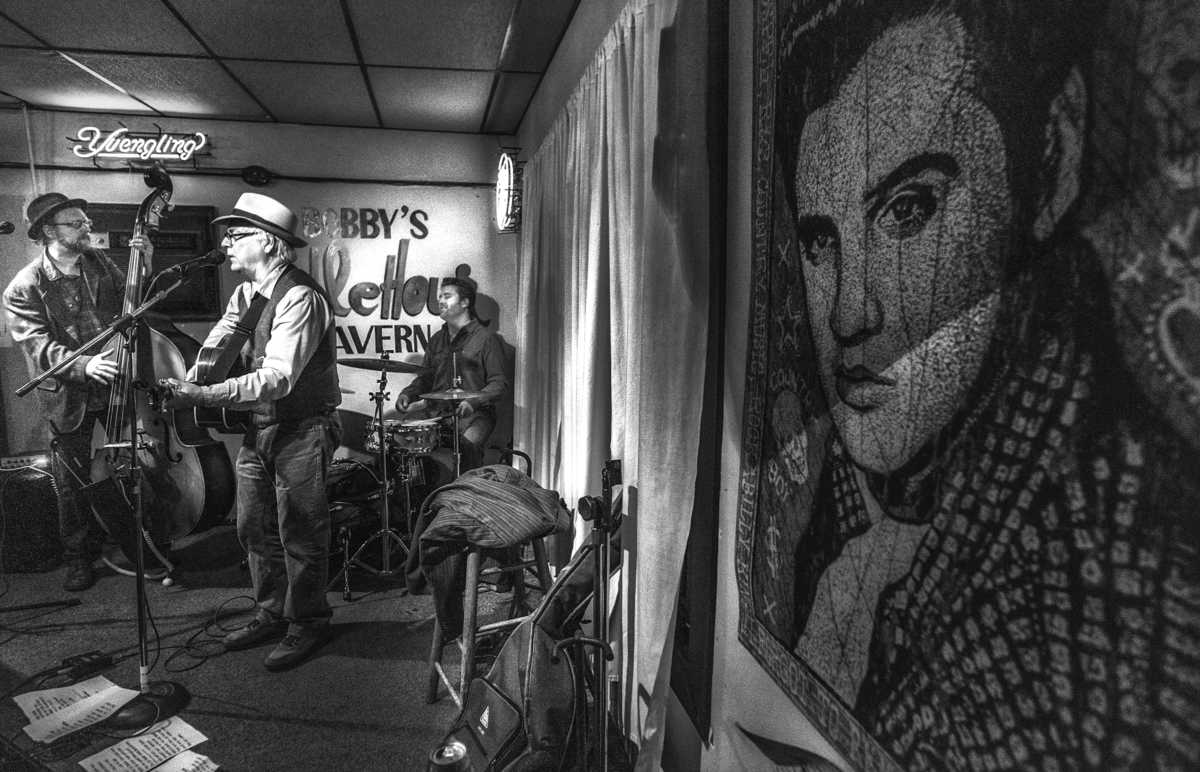 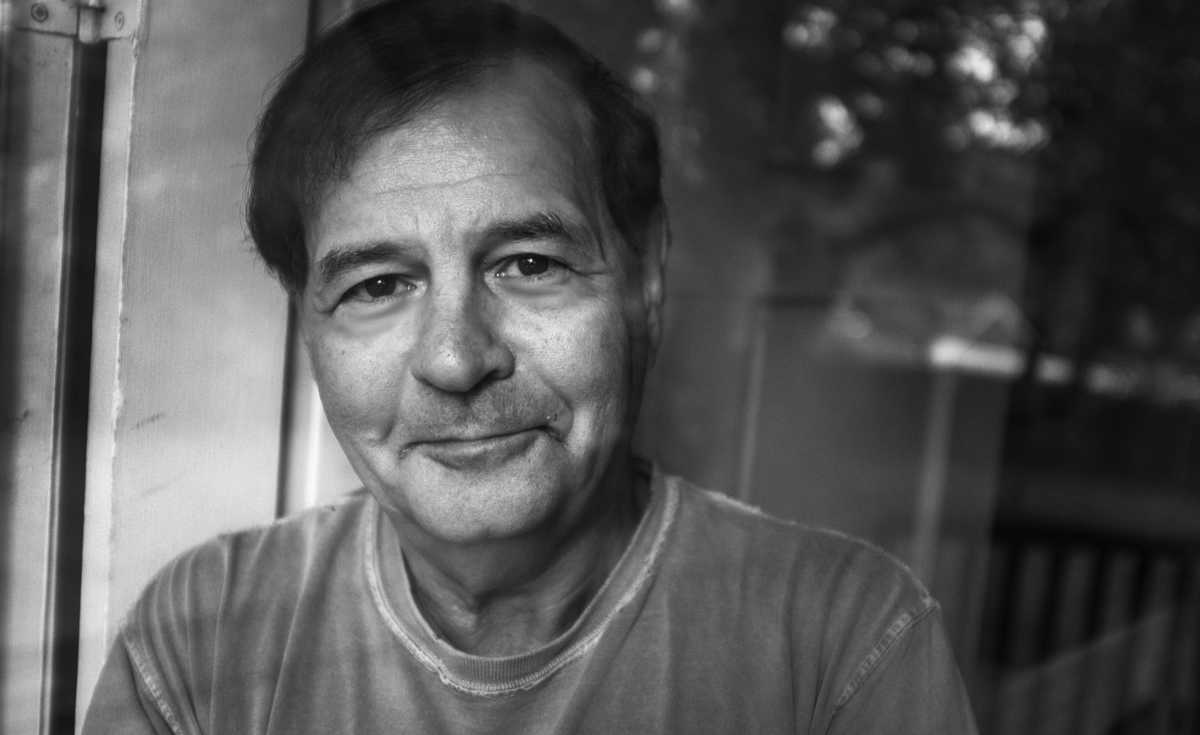