“In my childhood home

Memory: bringing me back Carrying forward” 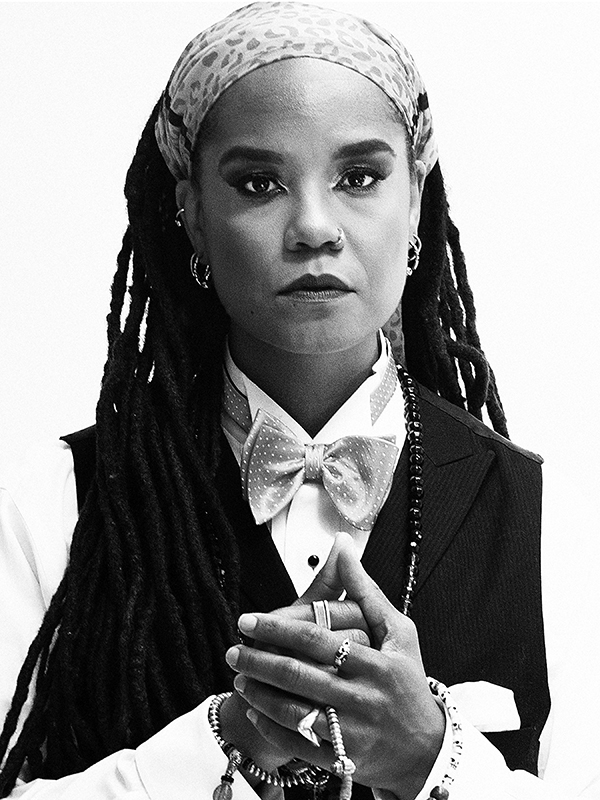 When poet and voiceover artist Oni Woods returned to Nashville after 16 years of living in Chicago, she found her hometown almost unrecognizable. She returned to help support her mother, who had become the primary caretaker of a family member with dementia. She found high-rise condos in Nashville, something she never imagined, but she also found a way to be at peace with all the changes in her life. Through her poetry, voiceover work, and other endeavors, Woods has learned to use creativity to make change.

At A Matter of Taste restaurant in East Nashville, part of those changes Woods has experienced since she returned in 2014, she discusses how Prince influenced her voiceover work, her love of knowledge, and harnessing creativity.

“I’m an insatiable lover of knowledge,” Woods admitted. “I want to know. I want to know about the mind-body-spirit conflicts. I’ve always been, more than anything, a seeker of the ultimate truth, whatever that is. Truth with a capital T. The more I’m looking, the more I realize that’s kind of a pipe dream.”

Because of her interest in commercials, Woods wanted to understand why advertising works, which led her to psychology. The study of medicine intrigued her as well, and her experience as an endocrinology intern at Meharry Medical College during former surgeon general David Satcher’s tenure allowed her to carve a path in biology. Ideally, Woods wanted to “figure out a way into holistic psychology.” She wanted to treat mental illness in a chemical-free way that included the whole person. Her studies circled through various religious beliefs, from Christianity to atheism to Judaism and more, before she settled into her current life of Zen.

The portable nature of her skills as a voiceover artist enabled Woods to return home. She insists that “as long as I can set up a booth and the rest of my equipment and get my engineers in there, I can work anywhere.” With the death of her last aunt and the need to help her mother, this flexibility was crucial. 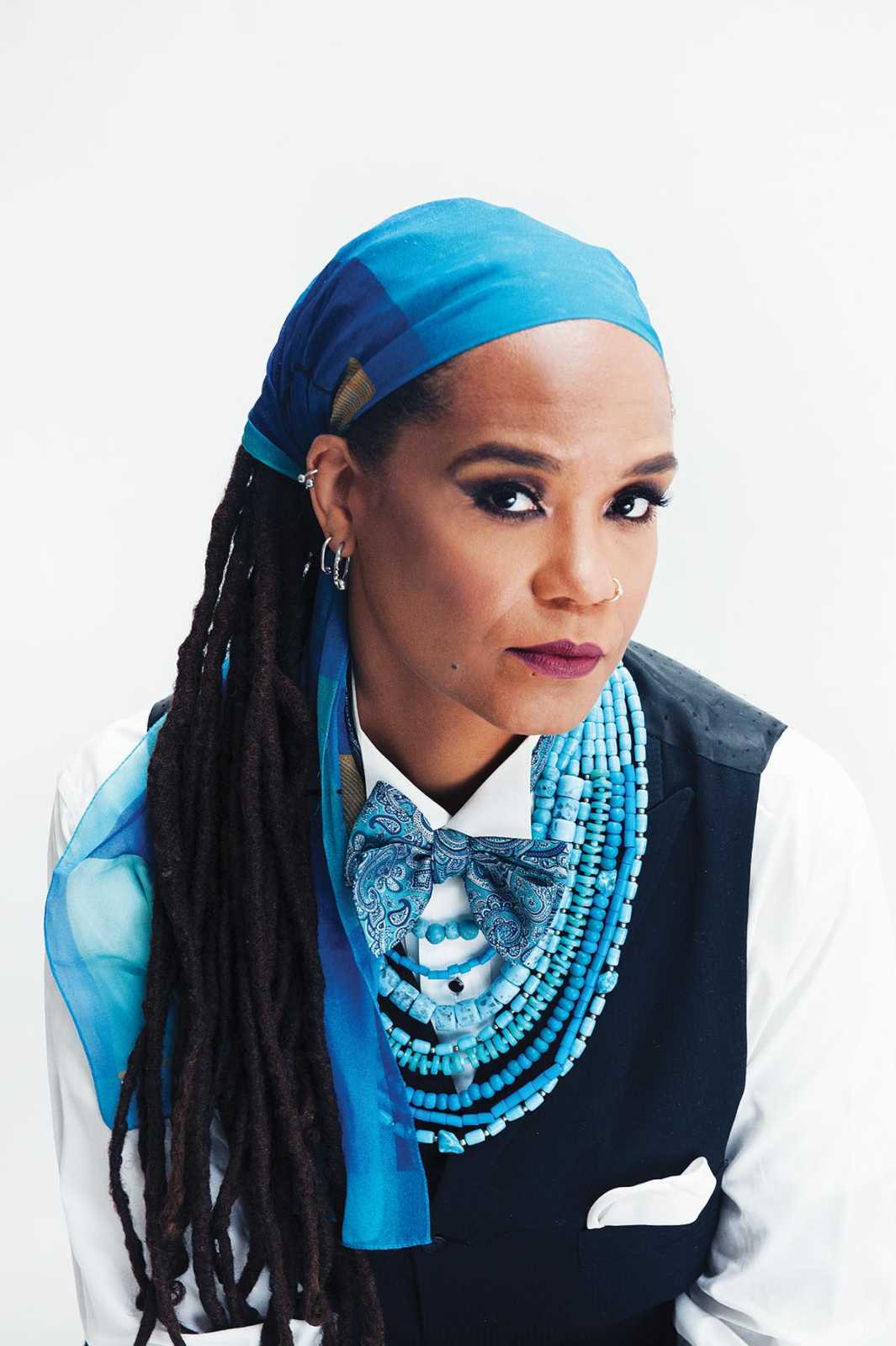 How did she first discover her talent for voice work? “I’ve been curating my voice ever since I was about 8 years old,” Woods said. “The first time I heard Prince and realized he was a man, I was like, no way. If he can do that with his voice, what can I do with mine?” Woods also admired Earth, Wind and Fire singer Philip Bailey for his range and abilities. She looked to radio disc jockeys, specifically the ones who would host the late-night programs called Quiet Storms, and recorded her voice to study and perfect it. What was it about Prince that helped her find her voice?

“When I was 13, my voice cracked. That wasn’t supposed to happen, but it happened to me, and because I had this sort of internal artistic connection with Prince, I was like, oh, it’ll be alright. I was able to accept that happening to me, which opened up this chest voice that I have and this resonance that I have, which I would’ve never thought anything about if I had not seen an example of someone just pushing an envelope.”

Woods’s multiple degrees and her talented voice join her skills as a poet and writer. She first became a writer as she got into acting.

“I started acting because of my writing. I was published by The Tennessean in an anthology when I was in 7th then again in 8th grade, and then I was published again with the Young Authors project that Vanderbilt was doing one year,” Woods revealed. “One day someone said, could you come to the Southern Festival of Books, and that was the first time I was ever onstage for my own writing.” Performing her own work helped her hone her voice even more.

During her time in Chicago, Woods used her experience as a writer and actor as well as her interests in holistic therapies to form Living Art, a program that helps students use theatre and creative writing to work through academic and societal pressures. It helps the students find their own voices and exposes them to literature and artwork they might not get in school. Woods feels that “Artwork is a bridge for humanity from our mundane, everyday lives into that part of ourselves that is unseen but undergirds everything. It’s our water.” 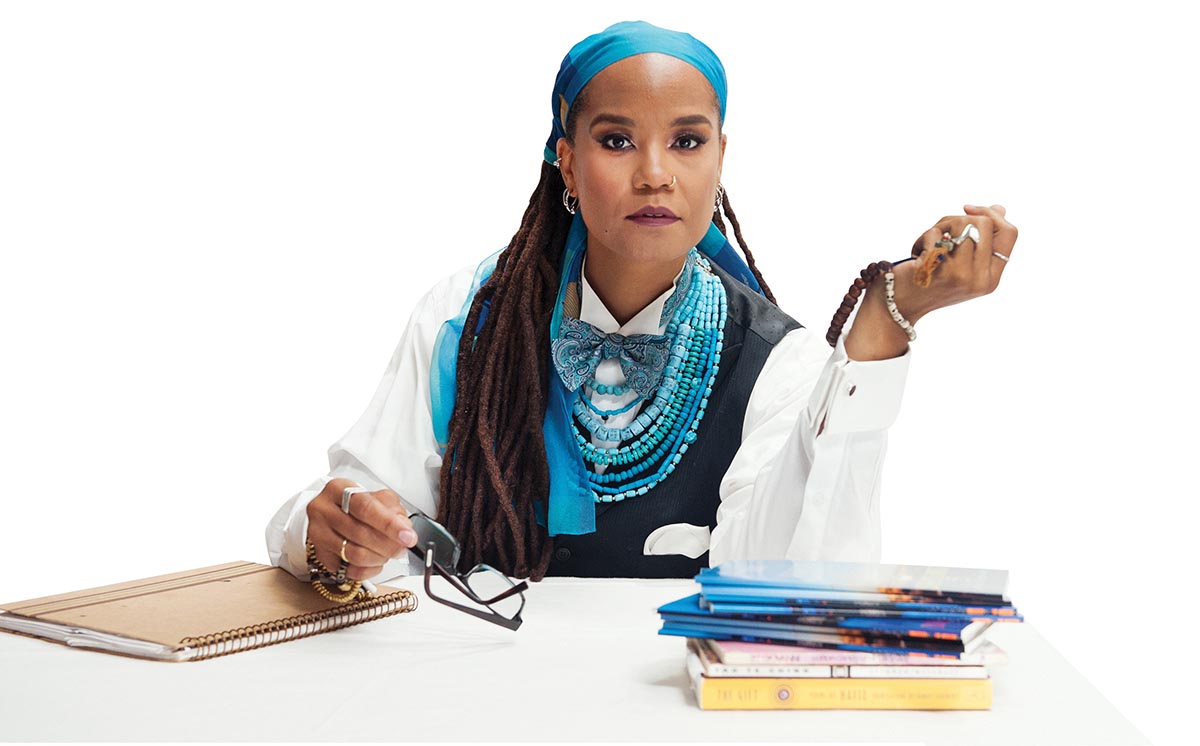 After losing a teaching job in Chicago while recovering from some health challenges, Woods realized she had to become her own boss. She began publishing her poetry, the first in a trilogy of books about her experiences in Chicago. She focused on creating her voiceover studio, using old stockings to create a pop-guard for her microphone. She was determined to use her abilities to see herself through a difficult time, and her perseverance paid off. She started Unstoppable Enterprises which houses her voiceover, writing, acting, and teaching endeavors.

Woods’s travels have taken her around the world, yet Nashville is home. How has the city shaped her? “There’s an openness here that I think really helped me open my eyes to the fact that there’s some horrible stuff out there, but it’s all a part of this big beautiful world.”

And what would she say to other artists who hope to make Nashville home one day?

“Please don’t make it Atlanta,” she laughed then sobered quickly. “Don’t saturate it with a lot of the same stuff. Please keep it diverse and open. I see some areas where Nashville has potential to start closing down and narrowing its focus, and I just would want to see artists of all stripes come together. [Nashville] is still finding its culture outside of country music. Please bring as much as you can so we can have a cornucopia, so we can really choose from it and say yeah, that’s Nashville. There’s a drive there that could narrow us, but don’t be afraid to come to Nashville, because there is an openness here.”