Cities all across America are grappling with how to encourage growth without disrupting the continuity of communities and displacing long-time residents. As Nashville’s growth spirals, some of its residents seek solutions to this conundrum, and art may play a role.

This was the theme of “Spirit/Place: Imagining a Creative Community of Art, Advocacy and Action,” a conference hosted by Vanderbilt Divinity School and Scarritt Bennett Center, among others. The event brought Roberto Bedoya, whose visit was co-sponsored by the Metropolitan Nashville Arts Commission and the Curb Center. Bedoya is a sociologist, policy maker, and arts manager who is renowned for his work in civic engagement and arts leadership. His late-April talk was attended by activists, academics, artists, and Metro employees, many of whom are wary of Nashville’s rapid growth and its potential to marginalize people who call it home.

Marie Campbell, an activist and the assistant director of education at Scarritt Bennett, spearheaded the effort to bring Bedoya to Nashville at a time when activists and visionaries are holding decision-makers accountable to the needs of the people. “Bedoya calls us to question whether conversations about creative placemaking are about property rights or human rights. This question speaks to the heart of Nashville’s crisis: Can we be an ‘It City’ without displacing our most vulnerable people and erasing the cultural pluralism that makes Nashville truly vibrant?” 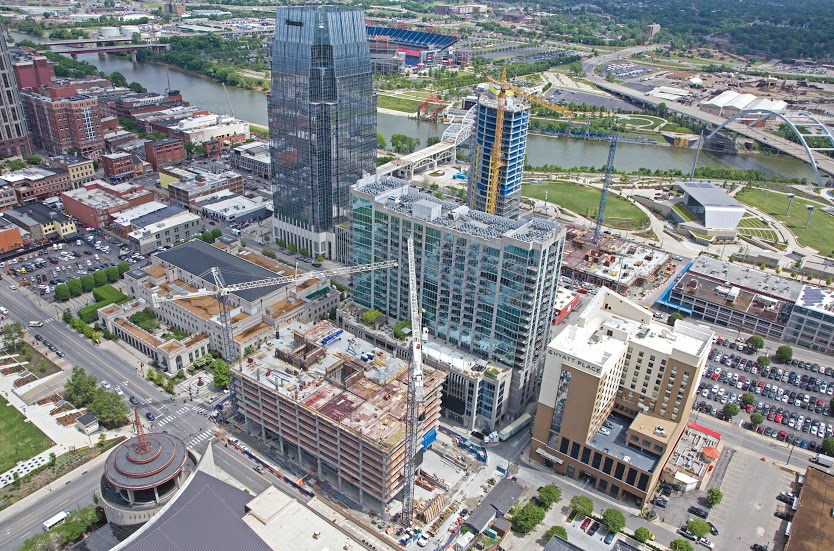 Nashville is experiencing an unprecedented growth. Photograph by Aerial Innovations of TN

In theory, creative placemaking seeks to make art and culture central to a city’s growth. This is executed in many ways, such as through securing funding for community arts grants, the building of arts spaces, and policy coordination with other city-building elements like transit and parks development. What creative placemaking often gets wrong is tethering efforts to built environments (or not-yet-built environments) that operate inside policy frameworks and economic development. Bedoya says that efforts of creative placemaking as a means of revitalization, while well-intentioned, too often leave out the vitality that already exists in communities: current residents.

Bedoya has been on the front lines of urban development since the 1960s, when his San Francisco neighborhood organized to stop a freeway from being built that would scatter their community. He’s skeptical of creative placemaking and cites what scholar George Lipsitz calls the “white spatial imaginary,” which gives aesthetic value to urban anesthetized landscapes: uniform condos and corporate art are preferable to overt expressions of culture in existing neighborhoods. While gentrification promises upward mobility, it prioritizes the white middle and upper-middle classes and disenfranchises others.

According to Bedoya, creative placemaking efforts too often impose a place on a community rather than building with the community. “Before you have places of belonging, you must feel you belong,” he says. To enhance belonging, arts policy makers can draw upon the history of place, its distinct natural environment, and its entrenched communities to strengthen cultural plurality and artistic diversity. Bedoya calls this creative placekeeping.

If our goal is true revitalization, we will keep a place at the table for those who call the city home and make deliberate decisions about who benefits from our creative economy. By placing art and advocacy hand in hand, we will be more likely to see a just city emerge.

Erica Ciccarone is an independent writer. She holds an M.F.A from the New School in Creative writing. She blogs about art at nycnash.com.