Girls, Granny Panties, and the Politics of Representation

Every woman needs a girlfriend group. They start early in playpens, age in slumber parties, and move through dorm rooms and happy hours. Ask any woman about her best girlfriends. She’ll have plenty to say. 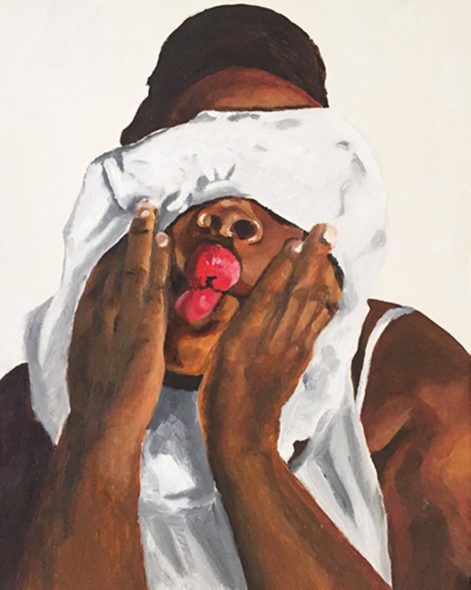 I asked Donna Woodley this after I saw her current series of portraits, Black Women Rock: Painting Black Female Experience. These are oil paintings of Woodley’s girlfriend group, a long-standing group of friends who get together on Friday nights. At first glance, her subjects are playful: they make fish lips and stick out their tongues; one sucks on her forefinger; another fixes her mouth in a pout. Each wears a white undershirt and dons a pair of white granny-panty underwear on her head, concealing her eyes.

Woodley began asking her friends to pose for portraits during her low-residency MFA program at Lesley University. “I started thinking about hip-hop culture, Black culture, and American culture and specifically the demographic of Black women and our role in those cultures and the issues we face,” Woodley says. “Issues like feeling invisible in American culture, objectification of women in hip-hop, and body image.”

Woodley uses the underwear as the hook to engage viewers and put them at ease. “It disarms the viewer so they can say, OK, what does this mean? Then the serious conversation can happen without anyone being defensive.” This effective device makes us push back on our viewing practice to think about the assumptions we bring to the paintings, including biases about race and gender. 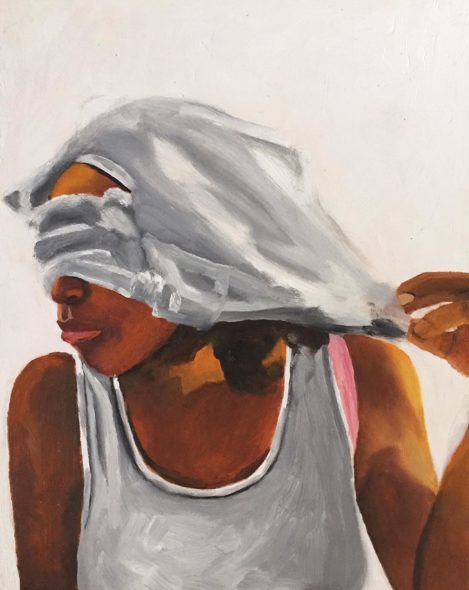 Historically, women haven’t had the best of luck in portraiture for the last several centuries, nor have people of color. This landscape is changing as artists deal with the politics of representation. Kehinde Wiley famously replaces European aristocrats with Black people dressed to the nines in stylish hip-hop-inspired clothing, calling into question the relationship of portraiture with social status and challenging the sanctity of the “Old Masters” while paying homage to them. Atlanta artist Fahamu Pecou interrogates masculinity and the commodification of Black culture in self-portraits that can barely contain his explosive intellectual rigor.

Woodley is working in the same tradition. The portraits have titles like Wanisha the Neurologist, Shamika LaTray the Doctor, and Conisha the Civil Engineer. These aren’t the names of her friends; Woodley paired “Black-sounding” names with prestigious job titles to subvert expectations and draw attention to biases, including those held by companies reading job applications. 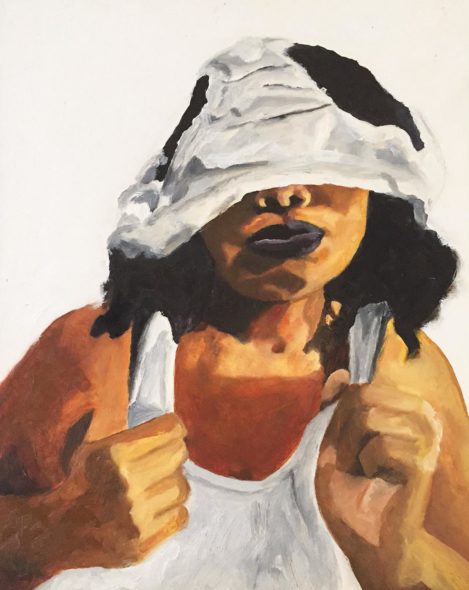