“One of our closest neighbors, Haiti, remains the poorest nation in the Western hemisphere.”

The teenager wore a pair of old sneakers, shorts, and a collared shirt. He was working so hard with a pencil, slide rule, and spiral notebook that he seemed oblivious to the stench of garbage and feces polluting the nearby river running through Delmas 32. That’s his densely packed neighborhood, one of the poorest sections of Port-au-Prince, Haiti. 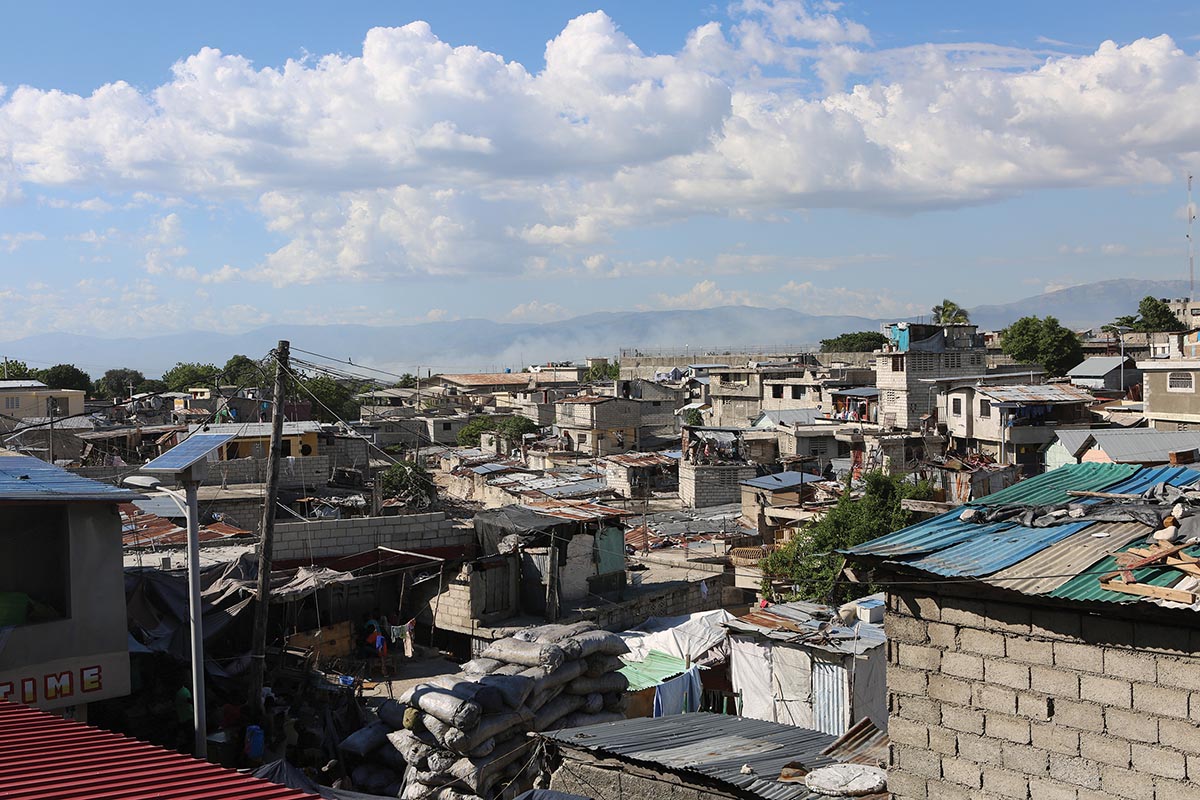 I encountered him there during a tour last September hosted by actor Sean Penn’s Haitian Relief Organization, J/P HRO, formed after the 2010 earthquake to save lives. Now it’s committed to building stronger, healthier communities through programs envisioned and shaped by Haitians themselves—perhaps someday even by this boy. 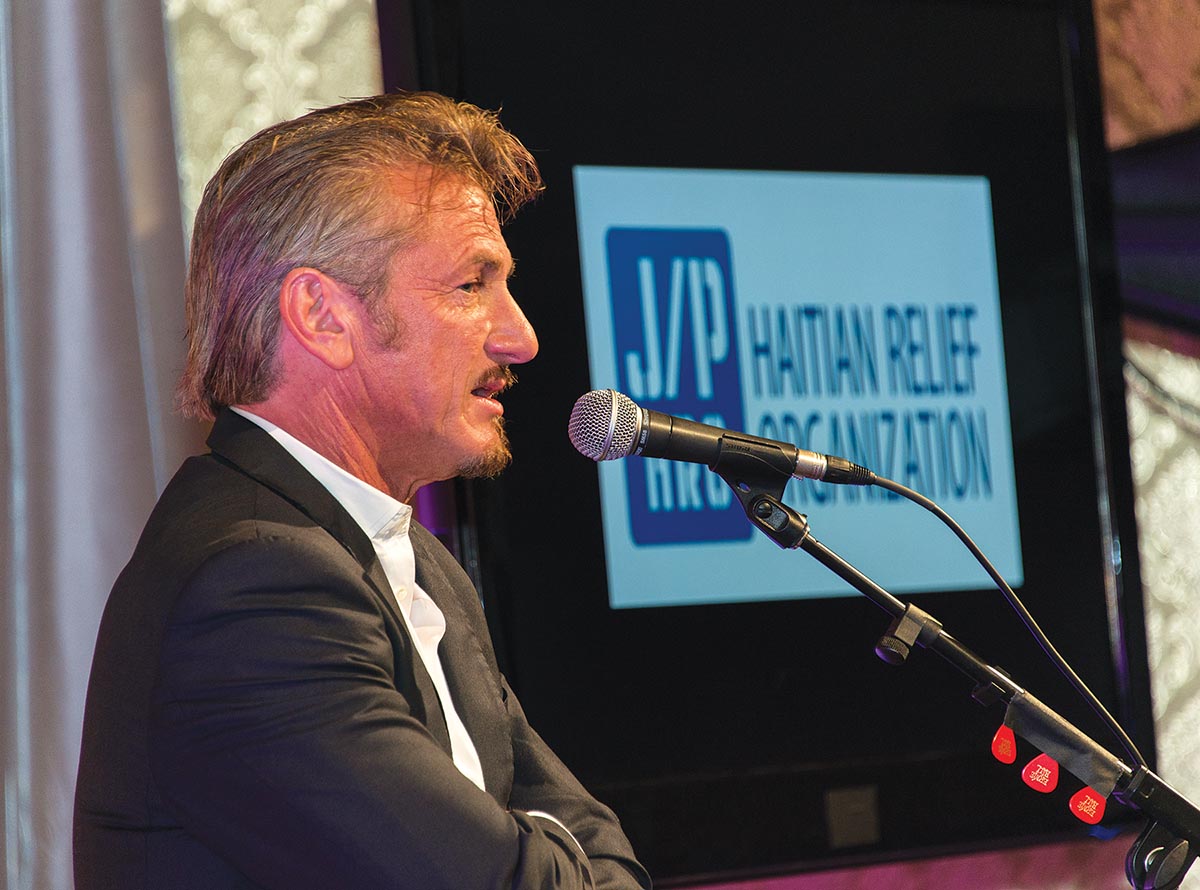 His workplace was a dark doorway by the side of a trail. His desk was a tiny straw stool. I didn’t want to interrupt him as he drew and measured angles and straight lines across the page. A baby cried a few feet away on the other side of the thin cobbled road, and stray dogs sniffed our sneakers looking for something to eat. There was plenty of squalor to distract this kid. But he was focused on drawing plans.

He isn’t the only architect of Haiti’s future. Thousands of resilient Haitians are looking toward a better tomorrow. And Nashvillians are helping them. 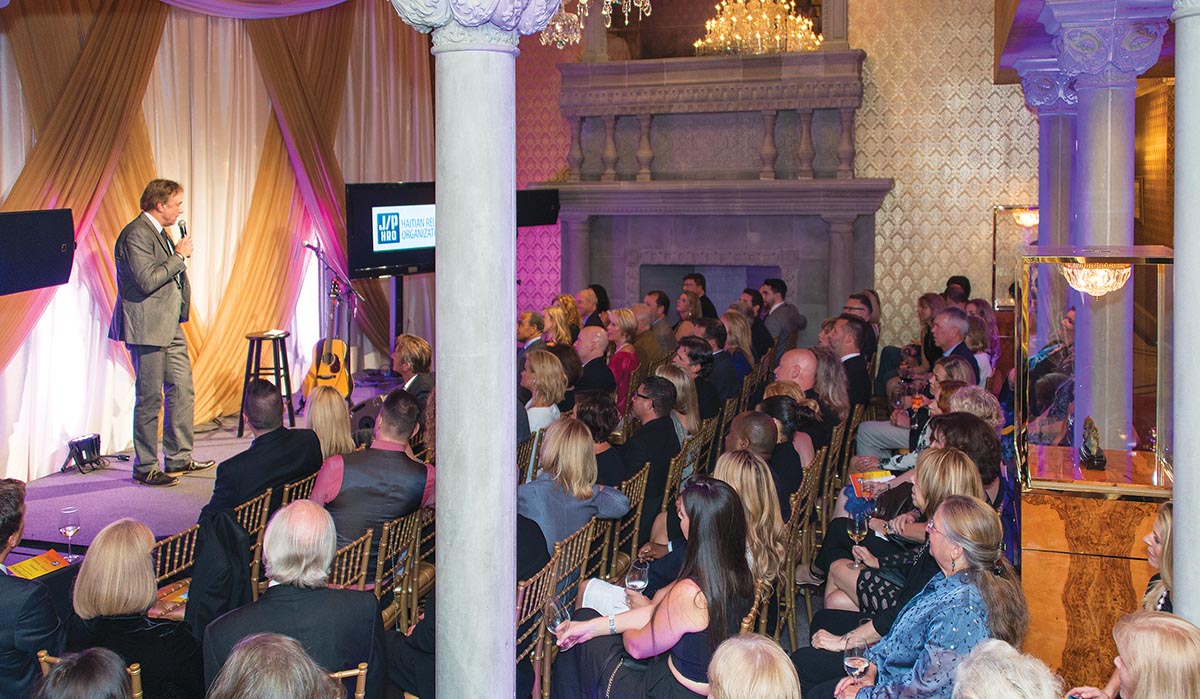 Eight months after my tour, and just a few hours away from Haiti, more than 130 people in Brentwood participated in the first annual “Nashville Shines for Haiti.” The evening fundraisers on April 26 and 27 were hosted and completely underwritten by part-time Tennessee residents Johnathon and Newman Arndt. The combined efforts raised over a quarter of a million dollars for Penn’s charity.

After the devastating earthquake six years ago, he was one of many people from this country who dropped everything and rushed to aid the suffering nation. But he was one of only a few who stayed. Now, six years later, Penn lives part time in Haiti, and J/P HRO has helped transform and rehabilitate some of the worst areas of the country.

Penn recounted a few of his experiences from a small stage set up in the palatial living room of the Arndt estate. “Haiti is where I’ve spent some of the most important years of my life,” he said.

He remembered a 26-year-old Haitian scrambling to make sense of a manual for a mobile x-ray machine given to one of the local hospitals. Through tears, Penn recalled his admiration for this man who, in four hours, was able to decipher the directions for running the complicated and potentially dangerous machine and put it to work to save lives. 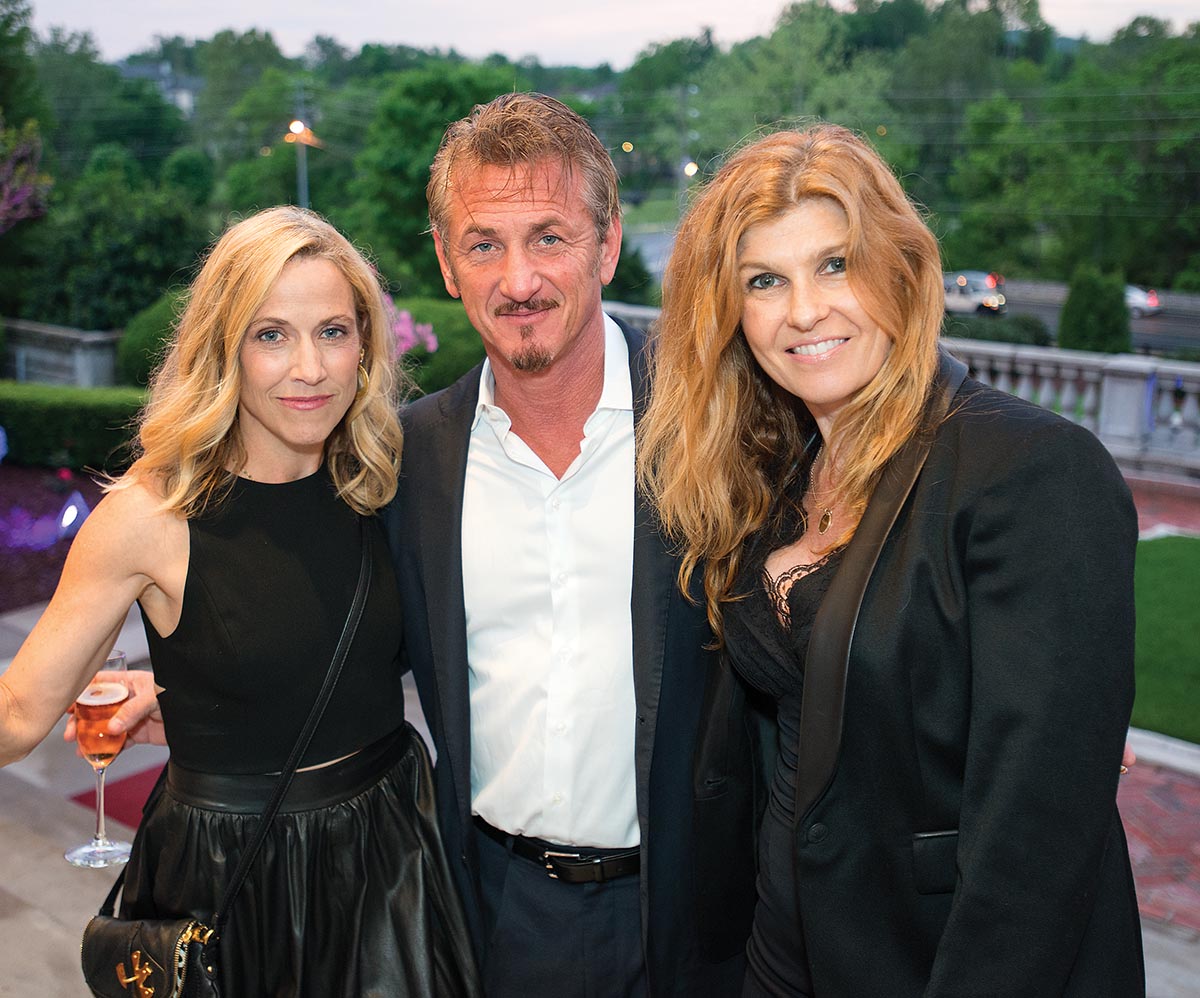 Penn continued, “This is the place where people have been on the railroad track with a slow-moving train,” ready to switch to the fast track and become x-ray technicians or all sorts of agents for change overnight. Despite the extraordinary genius and generosity of its people, Haiti—one of our closest neighbors—remains the poorest nation in the Western hemisphere.

“This is the place we have our responsibility . . . in the bigger picture of our human nation.”

Many attendees agreed with him. Sheryl Crow, Colbie Caillat, Jewel, Paul Beaubrun, and the musical headliner for the evening, Brad Paisley, provided the entertainment. Beaubrun, who was born and raised in Haiti, stomped on the floor—after he pointed out his Southern-style blue suede shoes—and pounded on his guitar as he sang a soulful “No Woman No Cry” and reminded guests that many in his home country don’t know where they will get their next meal. “Think about it. Think about it,” he keened.

SNL and Weeds actor Kevin Nealon performed standup and served as the emcee for the second evening, pretending to auction off the Arndts’ one-of-a-kind jade heirloom pieces on display for just pennies. 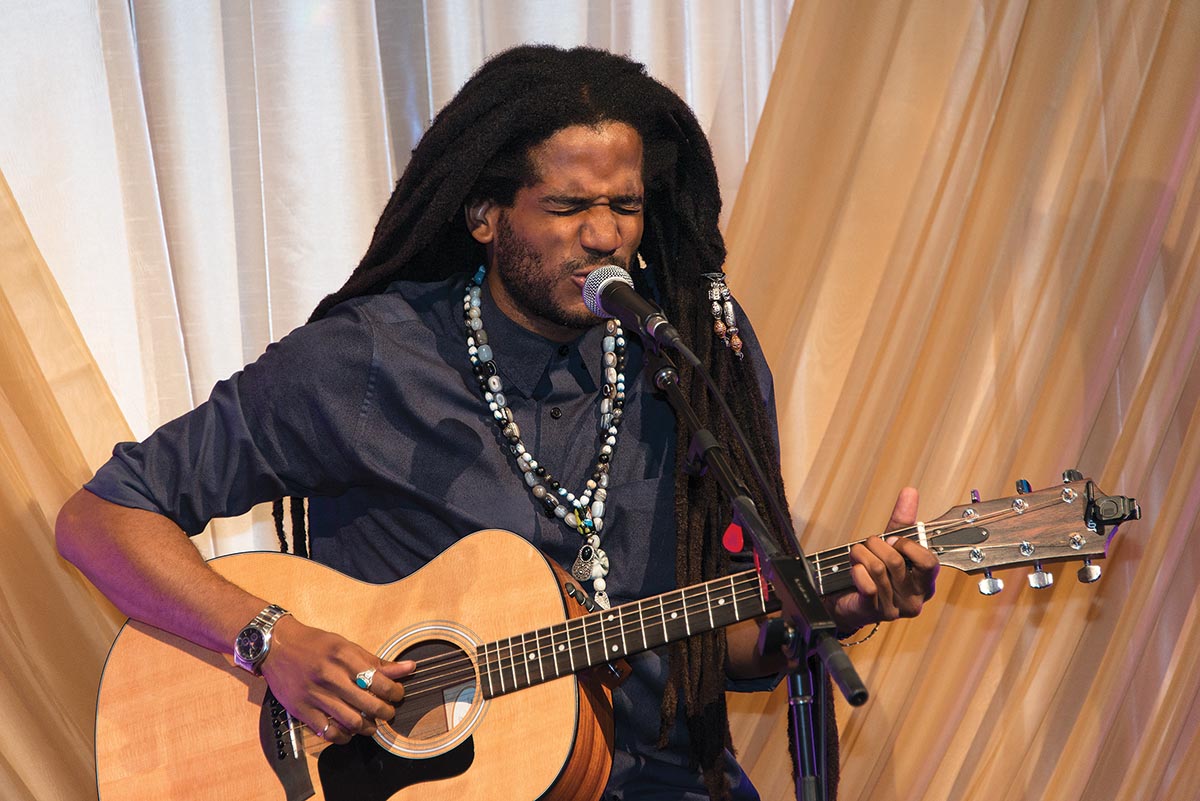 Paisley played a few of his older hits, as well as debuting some of his latest material to be released soon. He began his set with “Southern Comfort Zone,” an anthem meant to encourage people to think beyond their familiar domestic perspectives and venture into a more global one. He noted that the song was inspired by trips to Haiti in recent years. 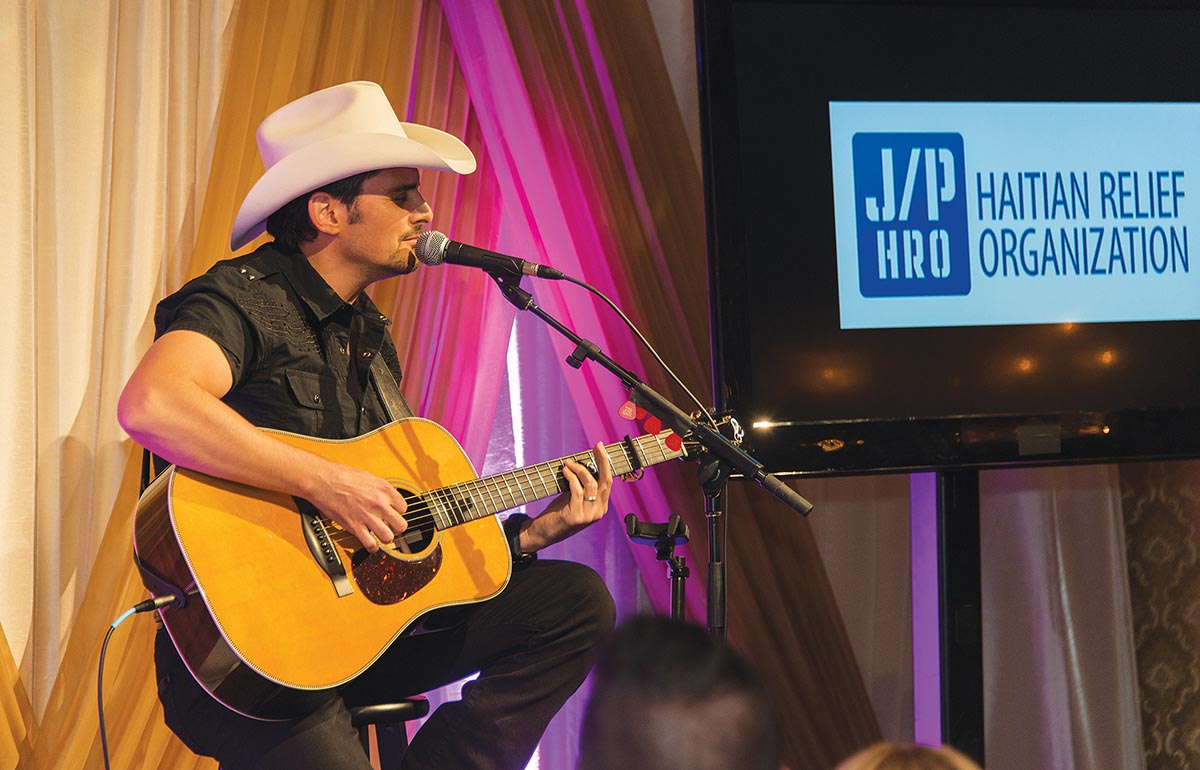 Gary Philoctete, country director and senior vice president of Haiti operations, spoke words of encouragement to the Nashville community. “We are seeing tangible results” from J/P HRO, which remains a largely Haitian-run organization. Their two medical clinics see 8,000 people a month; their women’s clinic has an infant mortality rate of 0%, and their education initiative positively impacts 6,000 students. In addition, 2,000 community members have participated in small business management training.

“This is how we support Haiti,” Philoctete said, “. . . forging a future where it supports itself.”

For more information or to make a donation, please visit jphro.org.