by Leslie B. Jones 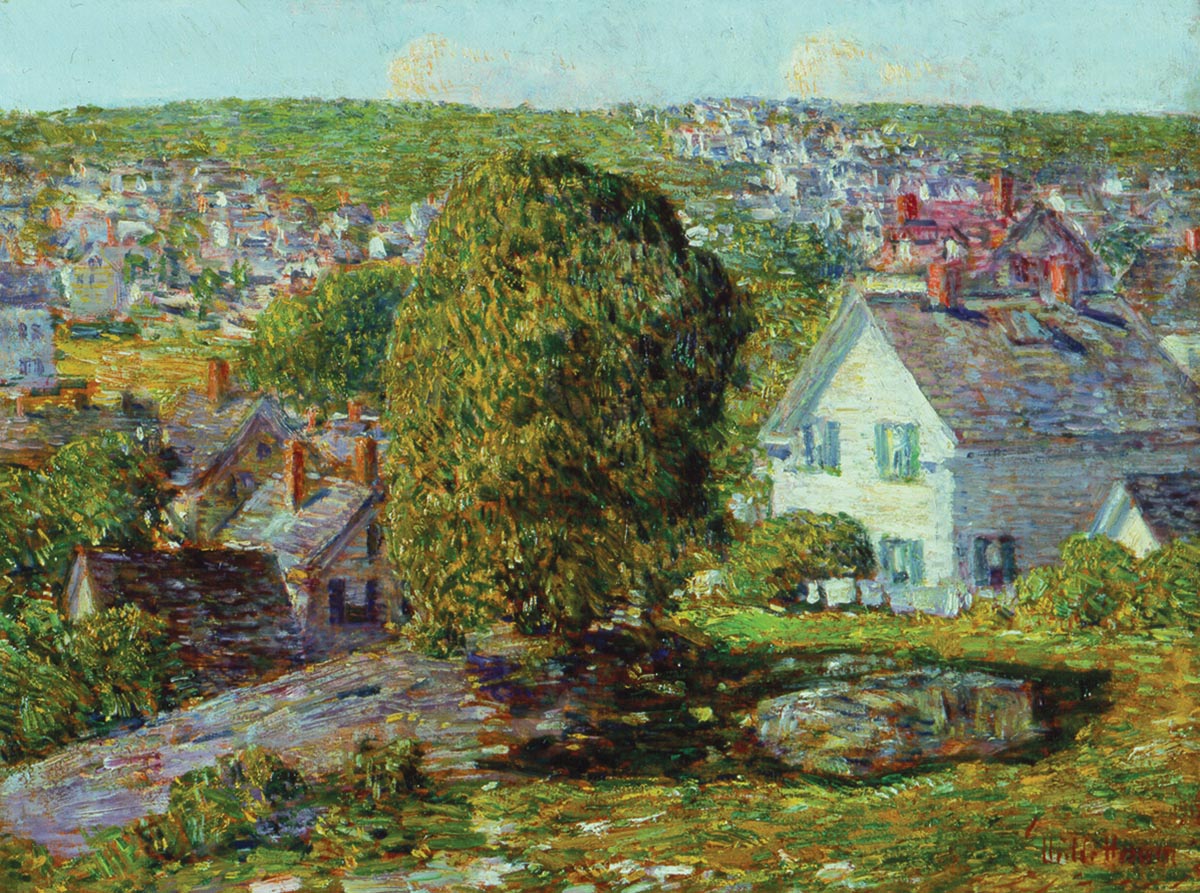 American Artists at Home and Abroad currently on exhibit at Cheekwood brings together over fifty works of art that exemplify the important international and domestic influences that made an impact on the development and definition of American art in the 20th century. A few examples from the 21st century, by native Nashville artist Red Grooms, will be included.

American Artists at Home and Abroad is divided into thematic spaces, providing visitors an opportunity to view works that relate to each other within close proximity.

Evoking a sense of home, the tranquility and familiarity of life in the coastal communes of the North East were represented by artists such as William Glackens, Childe Hassam, and Pauline Palmer through various portrayals of scenic shorelines and maritime activity. The influence of French Impressionism is paramount in the way in which these artists capture outdoor imagery. 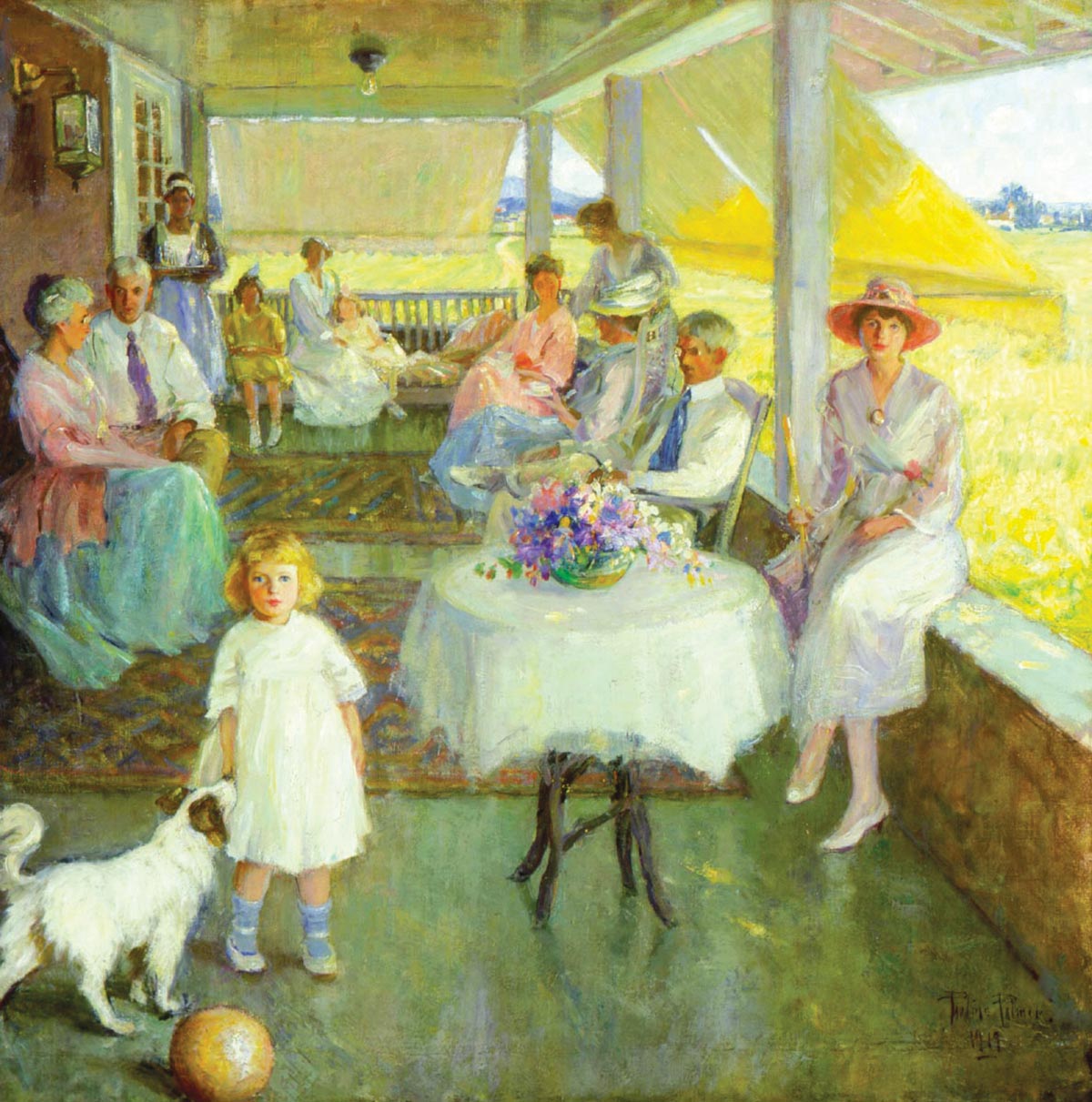 By contrast, the experience of life in a major metropolitan area is presented by multiple artistic interpretations of a singular city, accounted for on canvas as it morphs before one’s very eyes. Everett Shinn, for example, portrayed destruction as it happens with a major fire in action, while Ernest Lawson translated to canvas one of the last bare skylines of New York City. 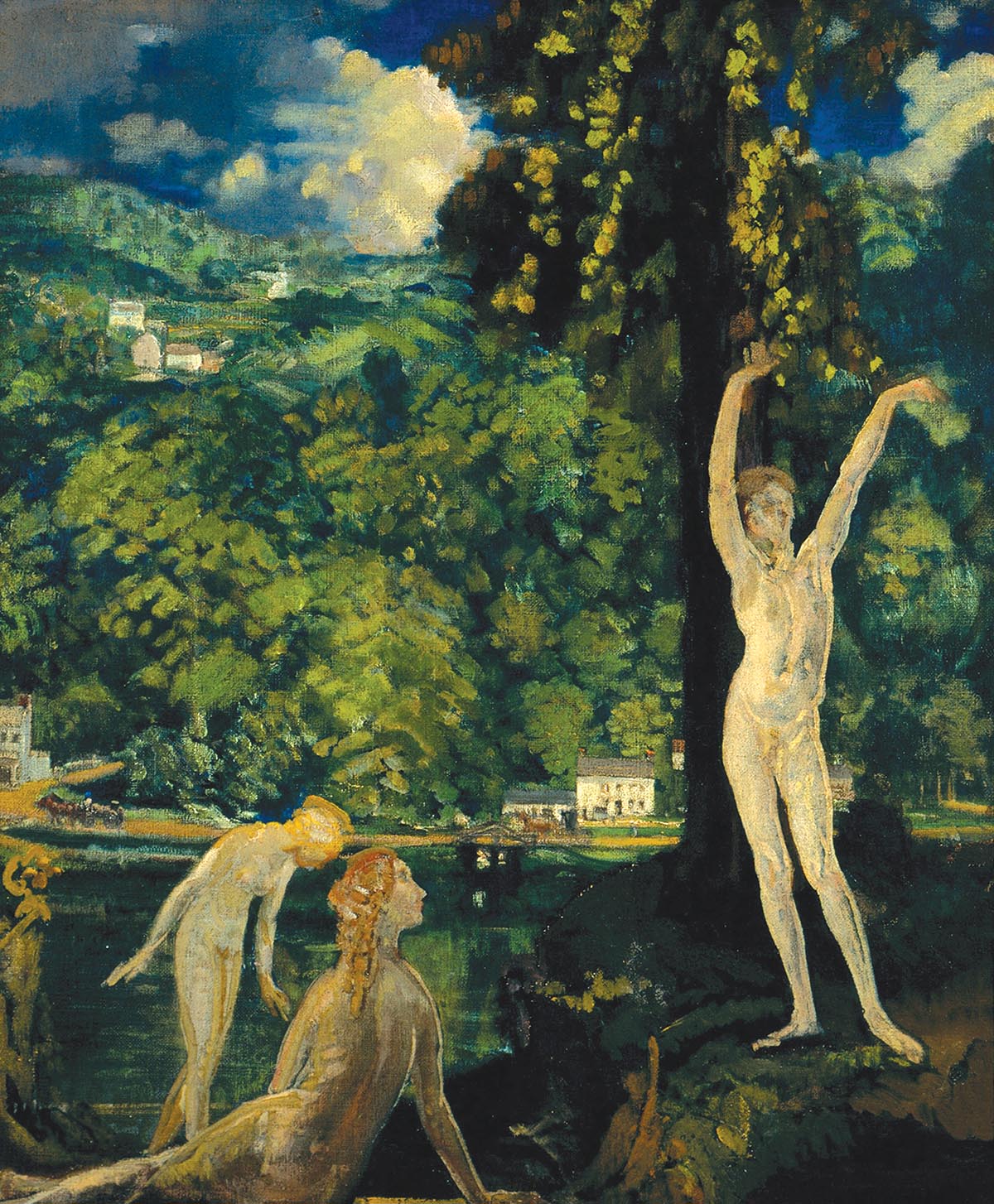 Further, artists like Alexander Calder bring examples that reflect the influence of European abstraction on American artists as they treated the understanding of place with non- objective or cerebral designs rather than imitating a physical space or being.

In journeying abroad, either physically away from home or in an imaginative world, American artists found influence in the individuals they encountered as well as in various cultural elements. Artists like Meyer Wolfe and Robert Henri captured the spirit of their travels through the people that characterized the landscape in which they were visiting, whereas A.C. Webb, another native Nashville artist, presented narratives through the architecture and edifices of distant lands. Arthur B. Davies journeyed into the depths of his mind as he depicted locations and people that were of another world in his dream- like scenarios and landscapes.

At the epicenters of artistic influence abroad, Italy and France are exemplified through the quick sketch studies of A.C. Webb’s sketchbook to the high-energy Venetian street scenes painted by Maurice Prendergast. The modern ingenuity and bohemian philosophy of early-20th-century Paris, mixed with the inspiring historical settings of the Provence region, provide a full spectrum of France and its great influence as both subject matter and hub of artist activity.

Through the depiction of life at home and encounters abroad, these accomplished American artists bring forth differing styles that present a reflection of their experiences in a dialogue that can be communicated only through visual representation.

American Artists at Home and Abroad is on view at Cheekwood through January 1, 2017. For more information, visit www.Cheekwood.org. 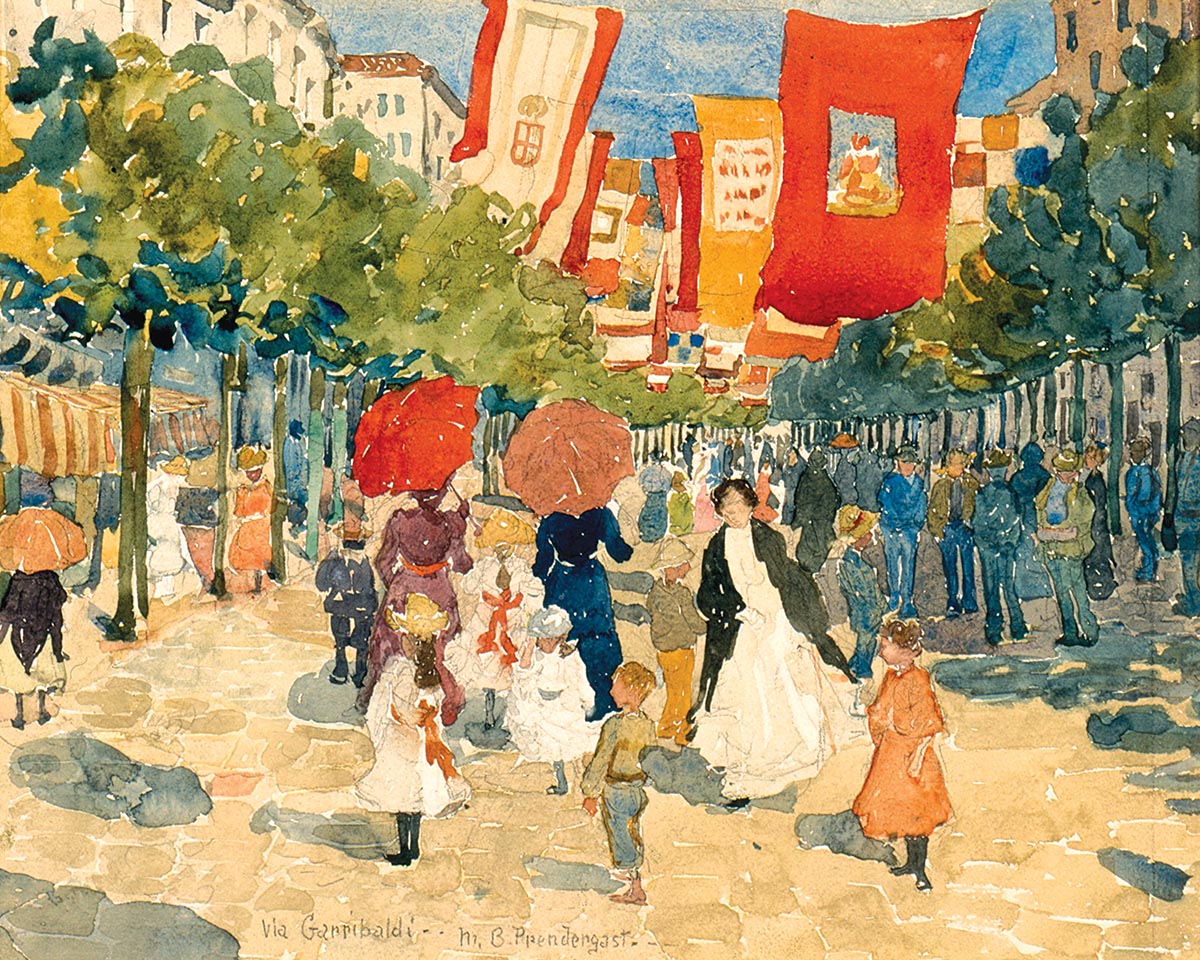