Back in the 1980s, my best friend was Diana Haig. A Sarah Lawrence graduate who’d recently migrated to Nashville from the punk rock scene in New York City, Diana worked for a while in public relations at MCA Records. She later worked at House of David Recording Studio as Nashville’s first female sound engineer. She also wrote songs—we wrote several together—and once produced a variety TV show called Belle Meade Beach that ran on a local cable channel.

Diana lived in three different apartments while in Nashville. The one I remember best was in an old house off West End Avenue. Only because of the television sets. You’d walk in the front door and there were thirty or forty of them scattered about her living room like an electronic welcoming committee. Old TVs from the 1950s. Some may even have been operable, but it didn’t matter because they were never turned on. They were just there.

One time I called Diana on the phone.

“What are you doing?” I asked.

Her answer was classic.

“Nurturing my eccentricity,” she said.

I have always been drawn to eccentrics. A close friend from my Vanderbilt days lives in a house with two pigs. (Real pigs, not the pocket- sized Vietnamese version.) She even had a ramp built so they could sleep in her bed. Perhaps you’re thinking she must live in a trailer park. But nothing could be further from the truth. For starters, her mother was born in the Belle Meade Mansion. And these days, my friend lives in a quiet subdivision in West Nashville next to a private golf course. Oh, and lest I forget, add six cats, a dog, and a couple of hamsters to the aforementioned pigs. My friend likes to surround herself with critters. I once jokingly referred to her as “Elly May with a trust fund.” 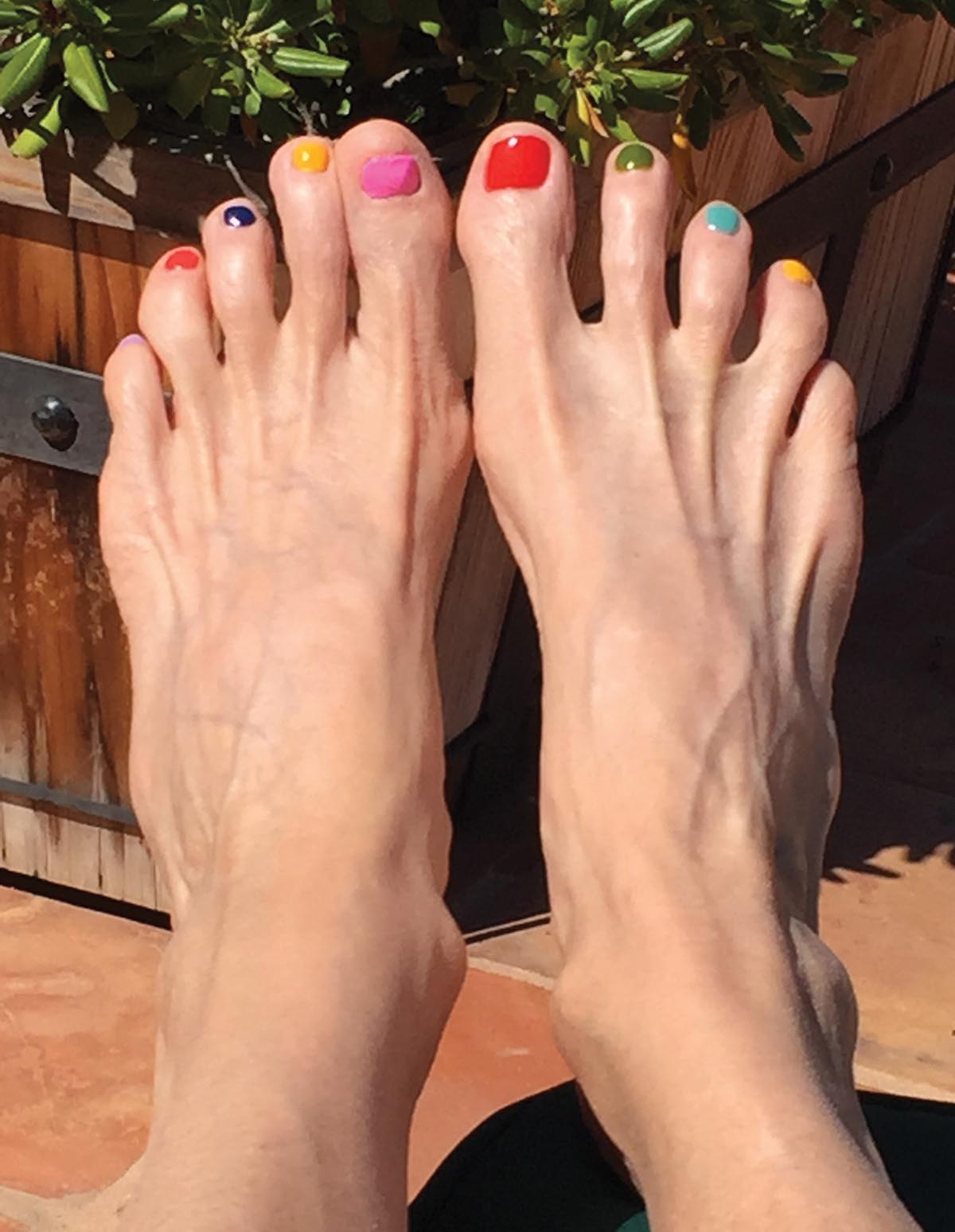 I’ve heard it said that you have to have money to be eccentric. Otherwise, you’re just plain crazy. There may be some truth to that. But I prefer to think that eccentricity has more to do with creativity and individuality.

I recently spent a couple of weeks at a spa in Mexico. While there, I decided to have a pedicure. When asked to choose a nail-polish color, I thought, Why choose one?

So I chose ten different colors—one for each toe.