“I was not a natural sculptor; I’ve had to work at it. I’ve grown as an artist in my skill level. The goal is fluency, like learning a language.” 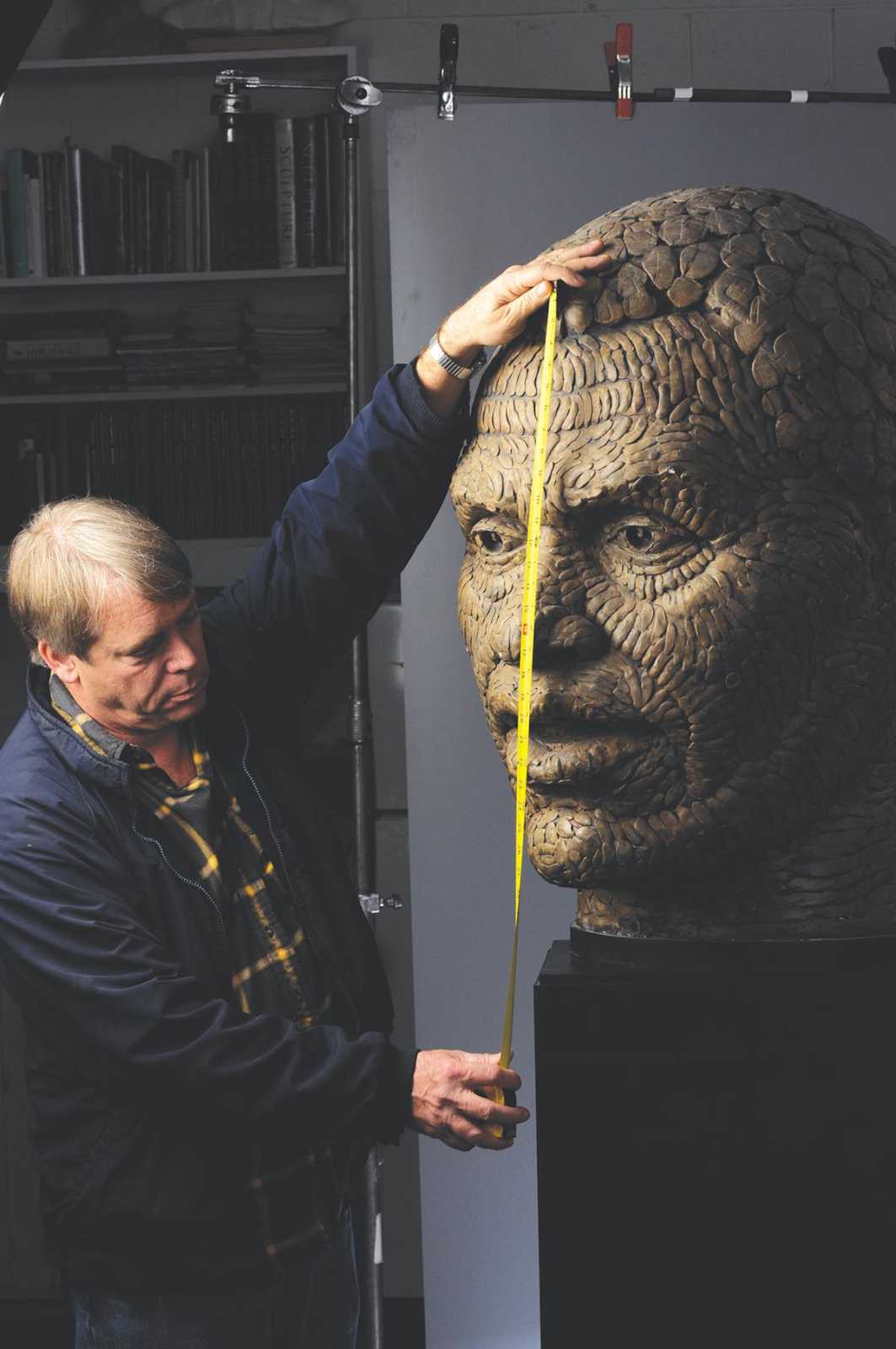 Alan LeQuire in his studio; Photograph by Dean Dixon

There is a quiet confidence that comes through when meeting with Nashville artist Alan LeQuire. Like him, his sculptures are stoic, but subtly expressive. They have a steadiness about them that gives a timeless and structured quality, both in material and technique. Though crowded with figures and other sculptural artifacts, his Charlotte Avenue studio is surprisingly meticulous for someone that works with clay as much as he does. Like many sculptors’ studios, the laws of stratigraphy still seem to hold—newer work is out in the middle, while older work lines the walls and rafters. It is a large and open space, and it is impressive to see much of his work all at once. Whenever I go to an artist’s studio I can’t help thinking of Brancusi and how his studio was an extension of both his art and his personality; the artist’s studio is where one can get some insight into an artist’s personality. If this holds true, then Mr. LeQuire appears to be organized, careful, and steeped in a sense of history—yet not stuck in antiquity (on a shelf near his office, there is a small in-progress clay portrait of Taylor Swift).

LeQuire’s early training in sculpture was facilitated by Nashville artists and family friends such as Jim Leeson, Olen Bryant, and Puryear Mims. These early influences helped him start his lifelong passion for sculpture. During high school, Jim Gibson (then a professor of sculpture at MTSU) taught him how to weld. “At that time it was a wonderful way to be distracted and develop some skill as an artist.” In college, LeQuire was a pre-med student at Vanderbilt University until he had the opportunity to study art and art history in France. “Basically that was me making the decision not to be a doctor. I could never stop sculpting—I was sculpting in my dorm room.” 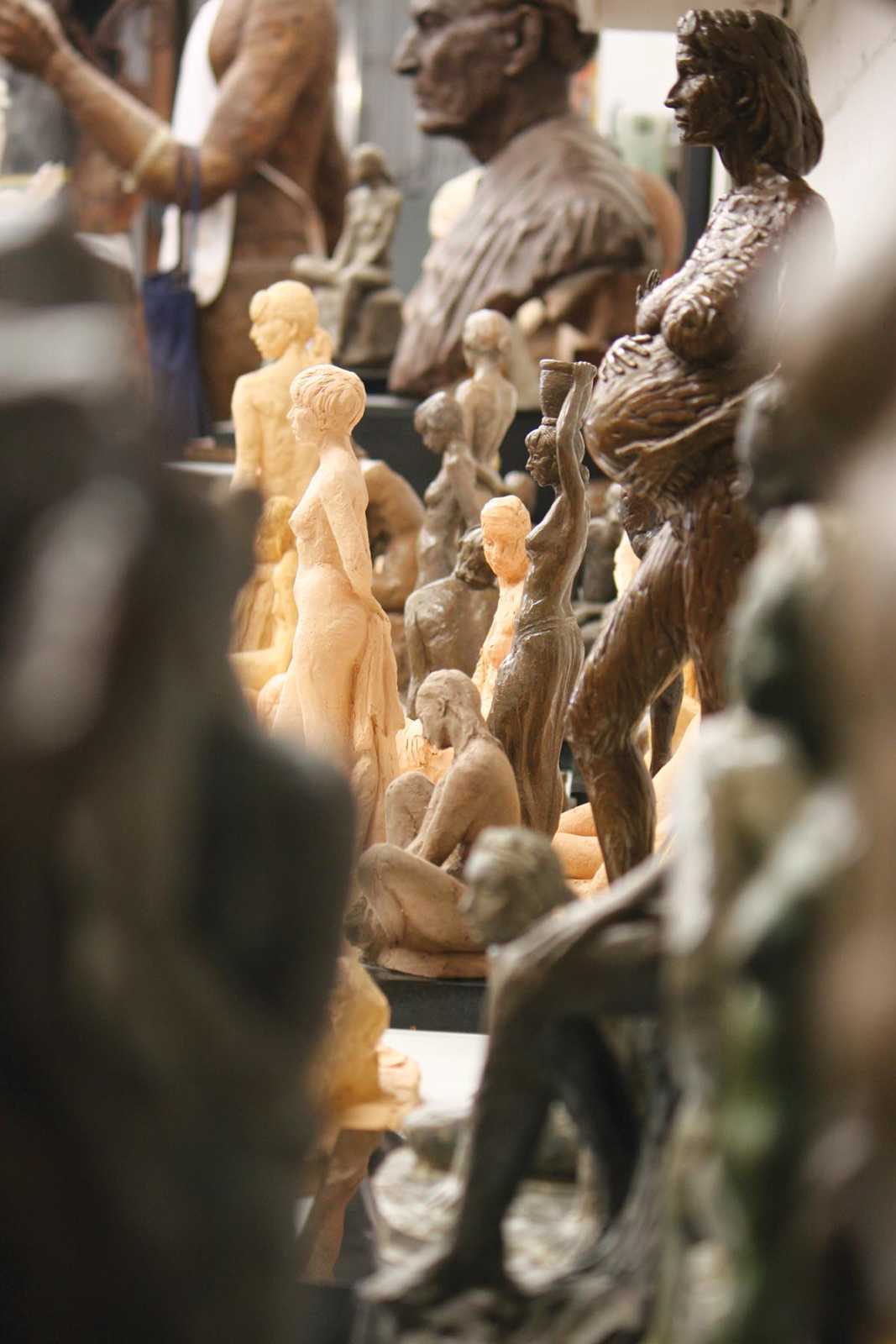 Known for his monumental works such as the Athena at the Parthenon and Musica near Music Row, LeQuire has also been prolific in his portraiture and figurative sculpture. He works mostly in clay, letting his hands work the material and help guide his instincts and skills. Many of his works are also cast in bronze as a finished product. Musica, at the top of Demonbreun Street, is one of the largest cast-bronze figurative sculptures in the country.

LeQuire’s latest large-scale bronze, a monument to suffragists, will be unveiled this summer at Centennial Park. This monumental bronze work will consist of heroic-scale portraits of five women from across the state and country who were leading suffragists in the early 20th century. Anne Dallas Dudley, Abby Crawford Milton, J. Frankie Pierce, Sue Shelton White, and national suffrage figure Carrie Chapman Catt are honored as larger-than-life bronze figures while nearby, contemporary leaders Jane Eskind, Lois DeBerry, and Beth Harwell will be honored on relief plaques. The sculpture was commissioned by Tennessee Woman Suffrage Monument, Inc., and is set to be unveiled on August 26, which is Women’s Equality day—the day the 19th Amendment was ratified. LeQuire states, “According to the Smithsonian, less than 8 percent of the portrait statues in the U.S. are of women. I am very pleased that here in Nashville we will be bridging that gap with portraits in bronze honoring eight women.” 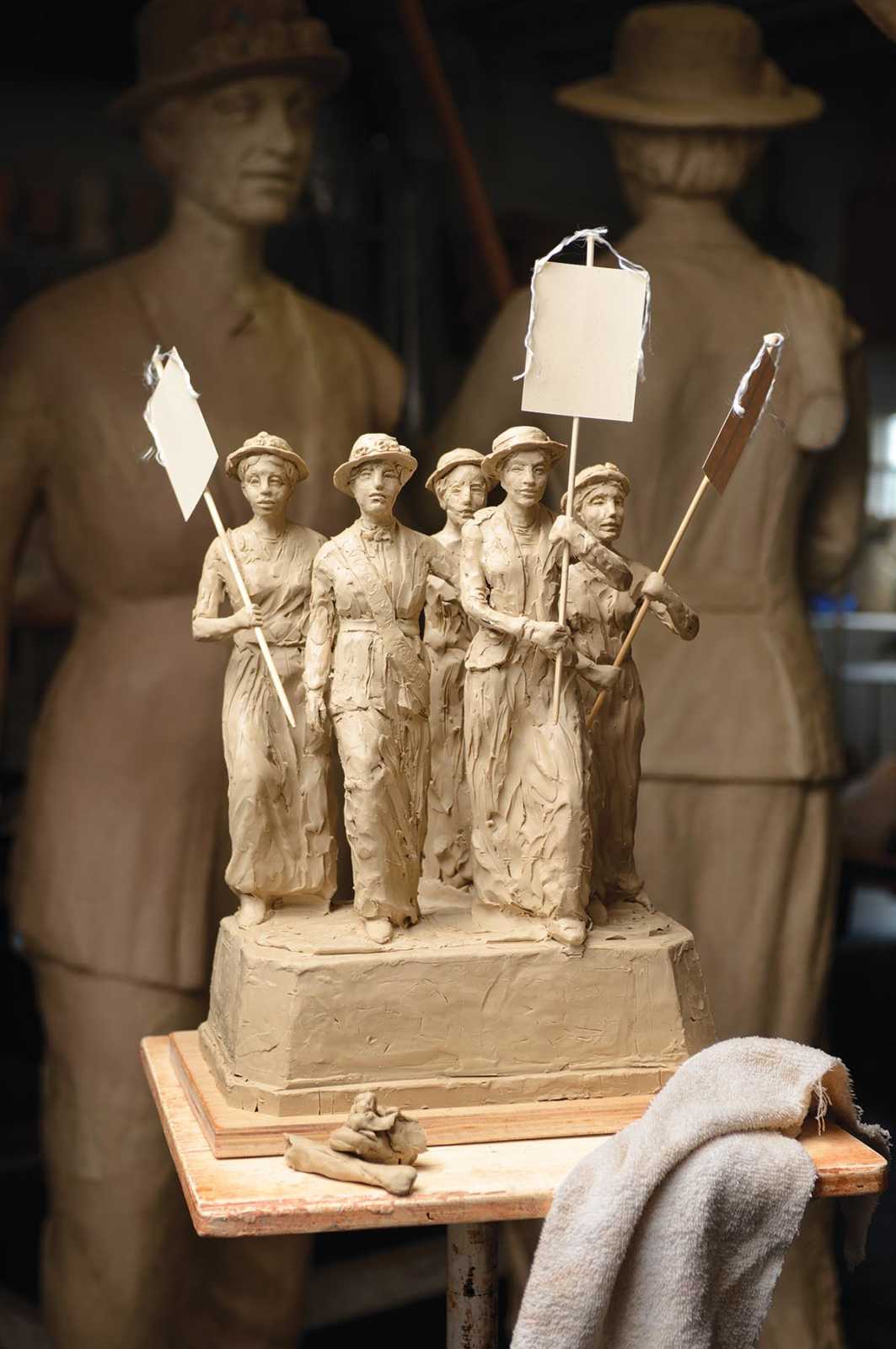 This summer also marks the first time LeQuire will have a solo exhibition at his own LeQuire Gallery. In August, he will show drawings, prints, and portrait sculpture, as well as small works in bronze and terra cotta at the gallery. In addition, the exhibit will also have pieces from the suffragist monument on display, including maquettes and early models of the sculpture.

“I was always inspired by classical sculpture,” says LeQuire. This is clearly evident as one walks within his working space. The figures he has made over the years give a nod to classical style in both form and figuration. Though many of the figures he makes are portraits, LeQuire says, “I’m not that interested in realism; I like to work from my imagination. On the other hand, I work from models all the time because of my teaching. It’s like practicing your guitar; it hones your skills with form and texture.” His work depicting drapery and cloth in clay is notable in its accomplished technique. The folds and forms appear natural while offering movement and flow for the viewer’s eye. A device of both design and necessity, his drapery work reads well and is clearly a technique he enjoys.

Texture is important in the work, whether it is a tool mark or a more deliberate textural element, such as the coil-like texture on Musica. In reference to texture, LeQuire says, “Smoothing diminishes the outward swelling of the form, so the pieces that have more texture are more interesting to me. It is important that the technique looks authentic.” This visible hand of the artist often provides a window for the viewer to see the process of how the form is envisioned and constructed. It can be an important tool to carry movement and energy around the sculpture, both of which LeQuire accomplishes in his work. 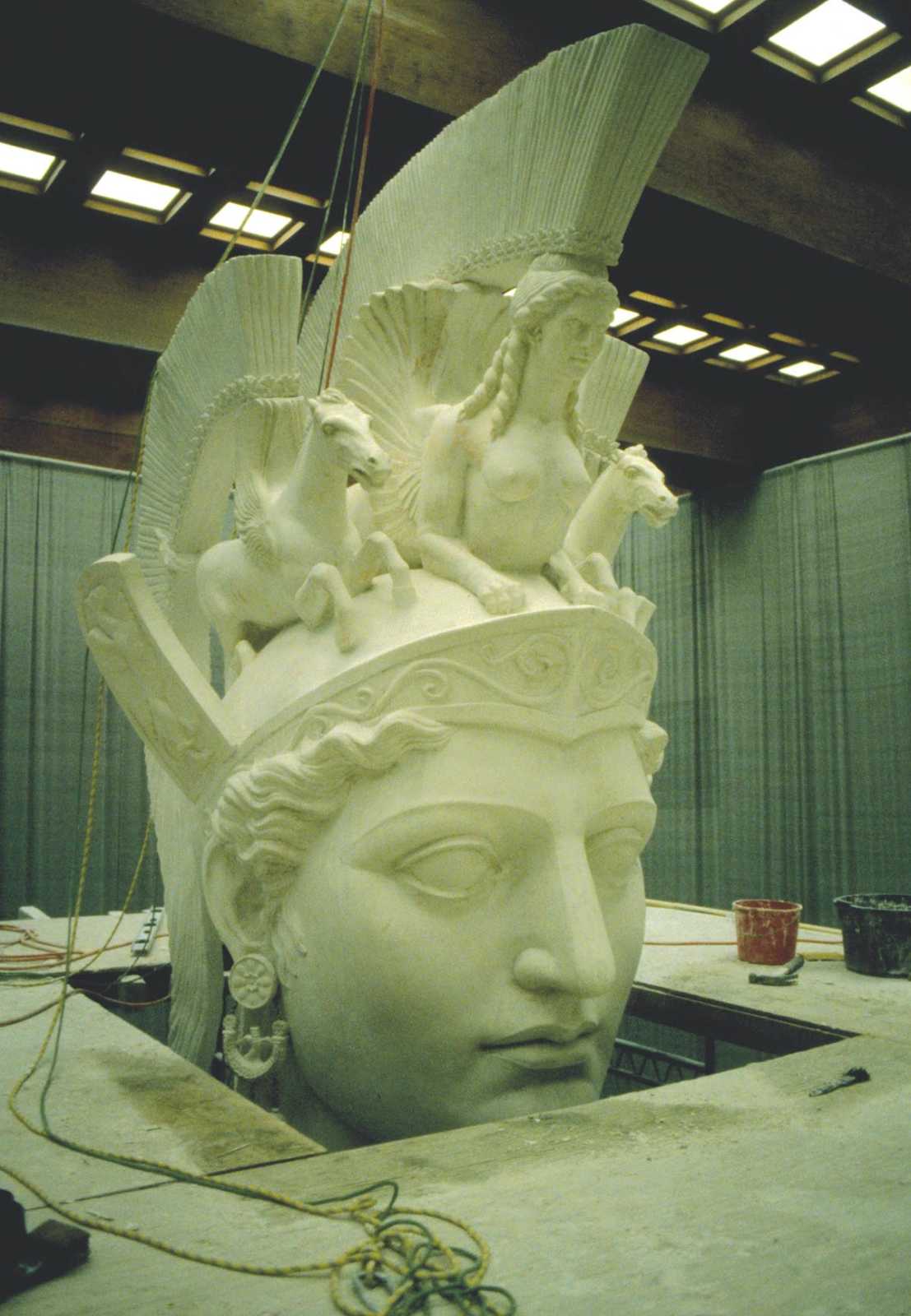 Head of Athena under construction

When asked how he has grown as an artist, LeQuire’s answer is both thoughtful and modest. “I was not a natural sculptor; I’ve had to work at it. I’ve grown as an artist in my skill level. The goal is fluency, like learning a language.” Alan LeQuire is at first glance a serious man, but he is also full of humor and engaging conversation. After talking with him and exploring his work, it is clear that he has achieved this sculptural fluency and speaks well in the fundamentals of visual language.

Select Works by Alan LeQuire will be on exhibit at LeQuire Gallery August 6 through 27. A conversation with LeQuire led by Nashville Arts Magazine Publisher Paul Polycarpou is scheduled for August 17 at 6 p.m. For more information, visit www.lequiregallery.com. 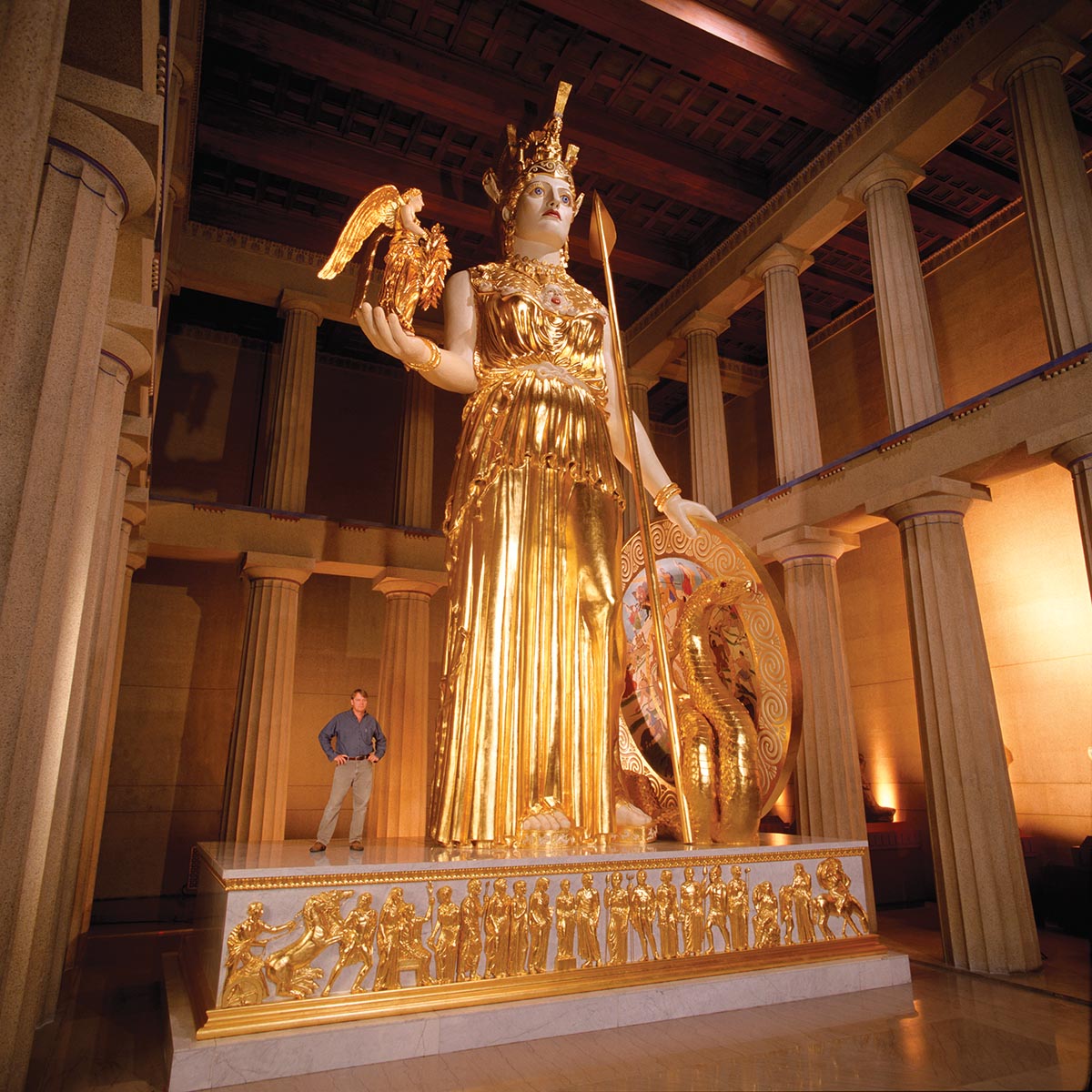 Alan LeQuire’s portrait of Anne Dallas Dudley in bronze, still at the foundry. She is one of five figures in the Tennessee Woman Suffrage Monument 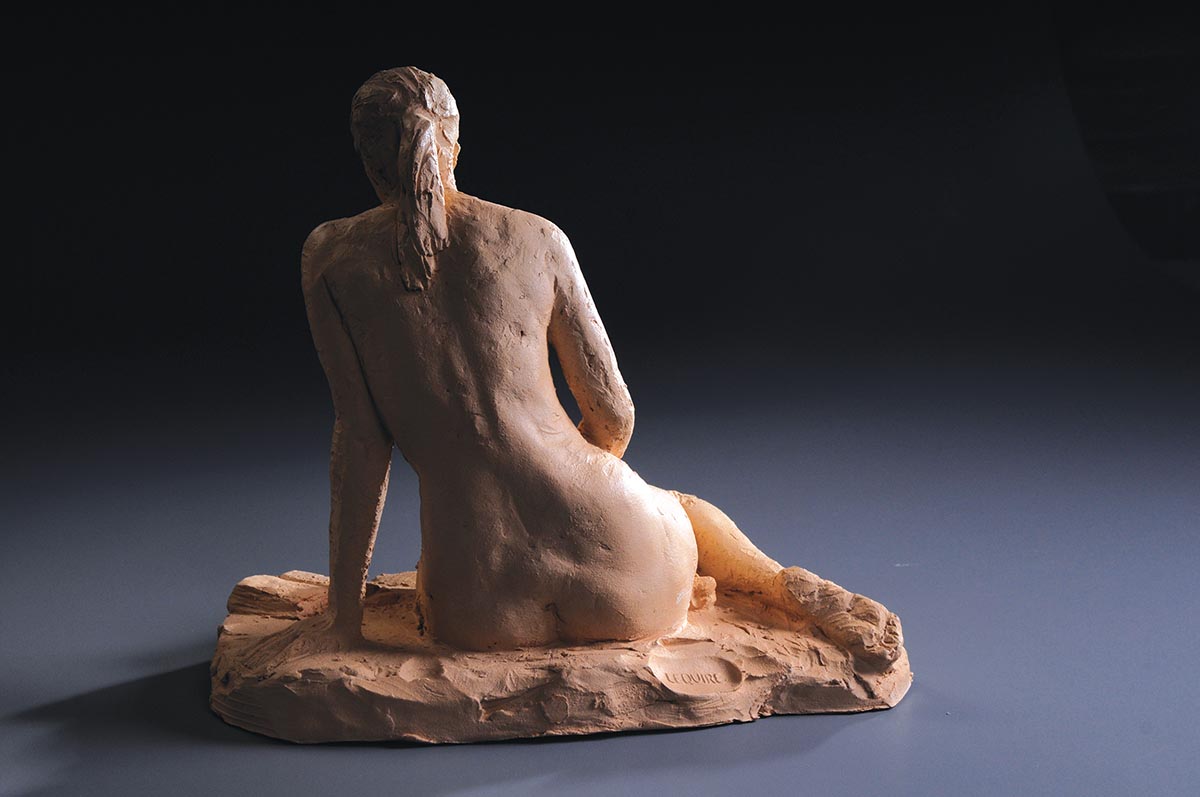 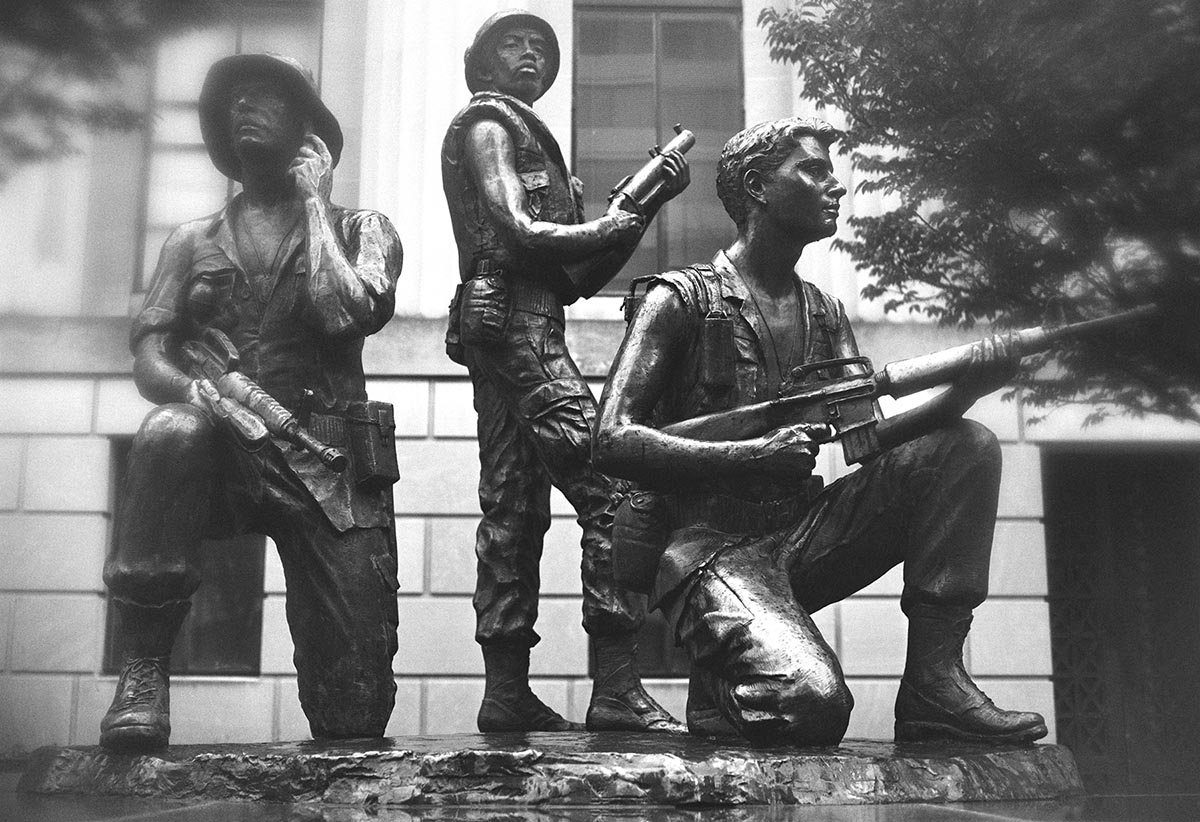 The artist working on Athena, 1983; Photograph by Linda Jones 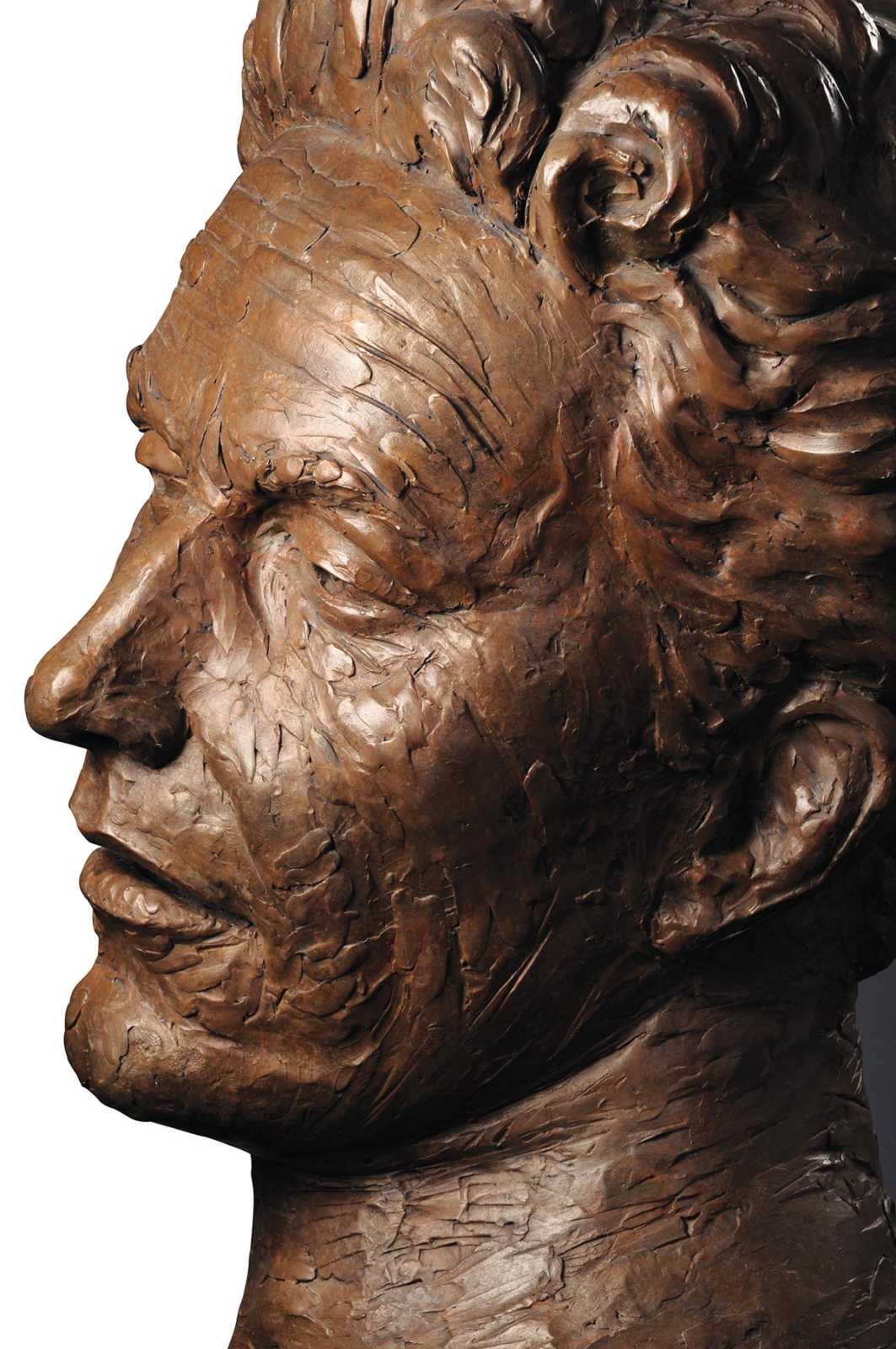 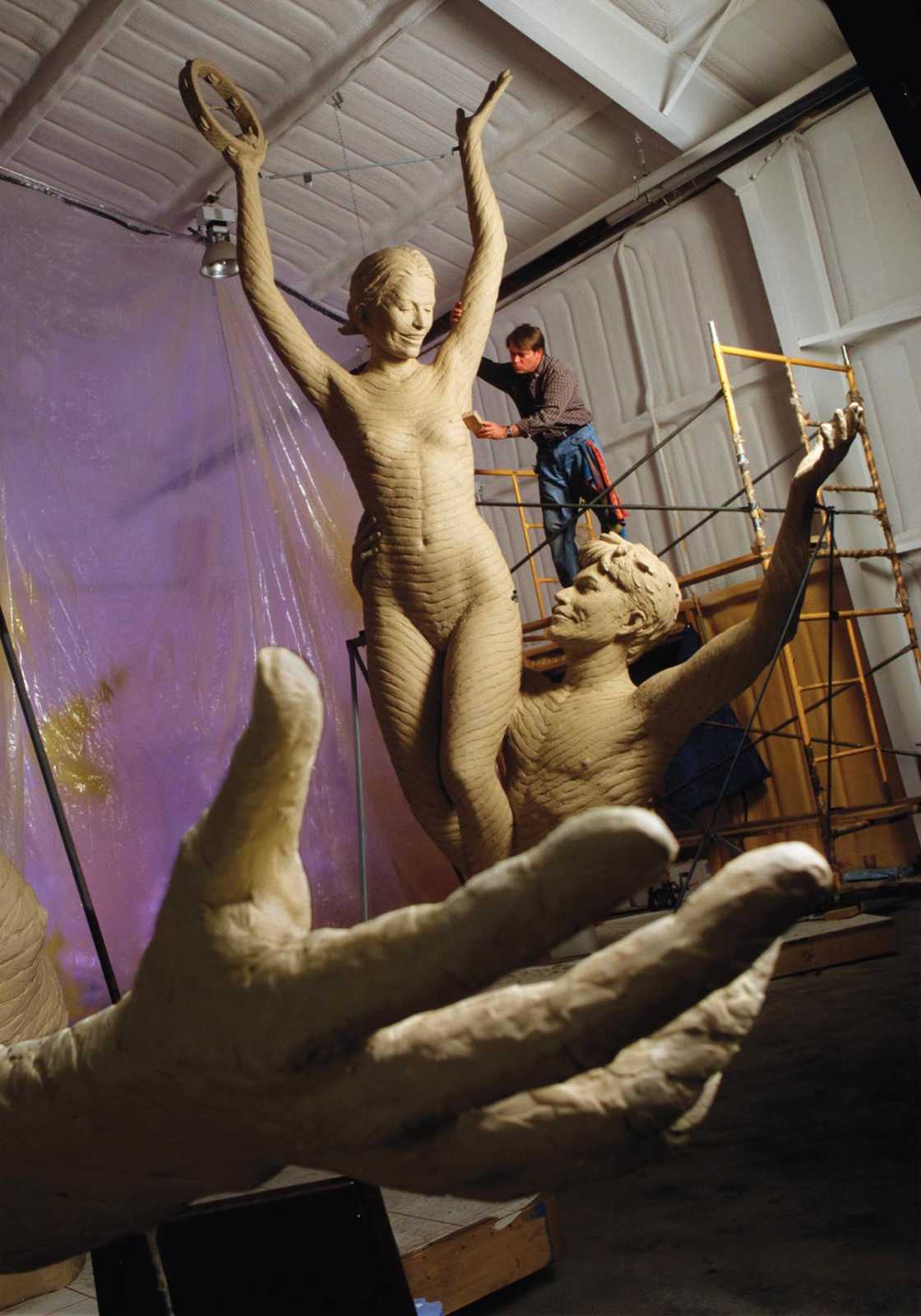 The artist working in clay on Musica at full scale; Photograph by Dean Dixon