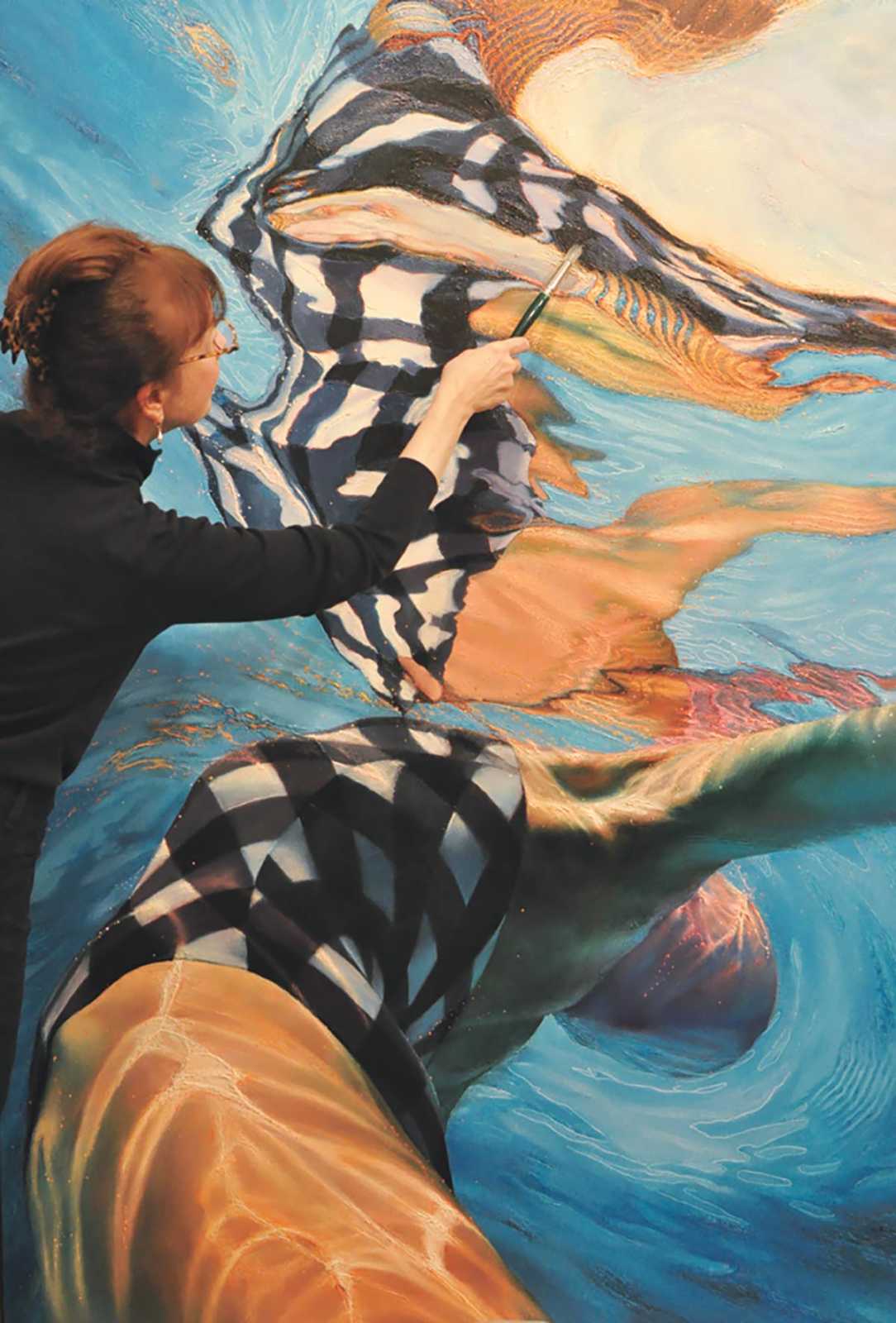 New York City-based artist Lorraine Shemesh works in a variety of media, but is best known for her magical paintings of figures submerged in water. Shemesh is drawn to the patterns created by light reflected through liquid and how they change with its constant movement. Her Painted Pools series began in the early 1990s as an idea for a single painting. After finishing the first one, Shemesh was so riveted by the process she decided to further explore. Each subsequent painting has resulted in the artist’s emotional and physical growth.

The swimmers in Shemesh’s work are realized from the inside out, as an in-depth study of the human anatomy. Their apparent weightlessness contributes to the the work’s arresting quality. Fascinated by the art of professional dance, Shemesh uses dancers as models. Their toned bodies and tremendous flexibility are perfect for the pool paintings, which require them to strike difficult poses. She draws them in her studio and sometimes takes them to a pool to snap underwater pictures. Her preliminary drawings in black and white are more sedate than their vivid counterparts in oil, but are also singularly profound.

Around the year 2000, these pool paintings took a new direction. Shemesh allowed herself to be less controlled and surrendered to her work. “It became clear to me that the closed-off, contained forms I was working with needed to be opened, broken, and exploded.” Inspired by the work of Jackson Pollock, she tried painting upside down, on the floor, and splashing paint. This liberated her. Her work now hinges on the divide between representation and abstraction.

Shemesh has degrees from Boston University and the Tyler School of Art. She spent a year in Rome during her time in graduate school. She has taught at the Rhode Island School of Design and Amherst College. She has received awards for her work and been praised in The New Yorker and The New York Times among many other publications. 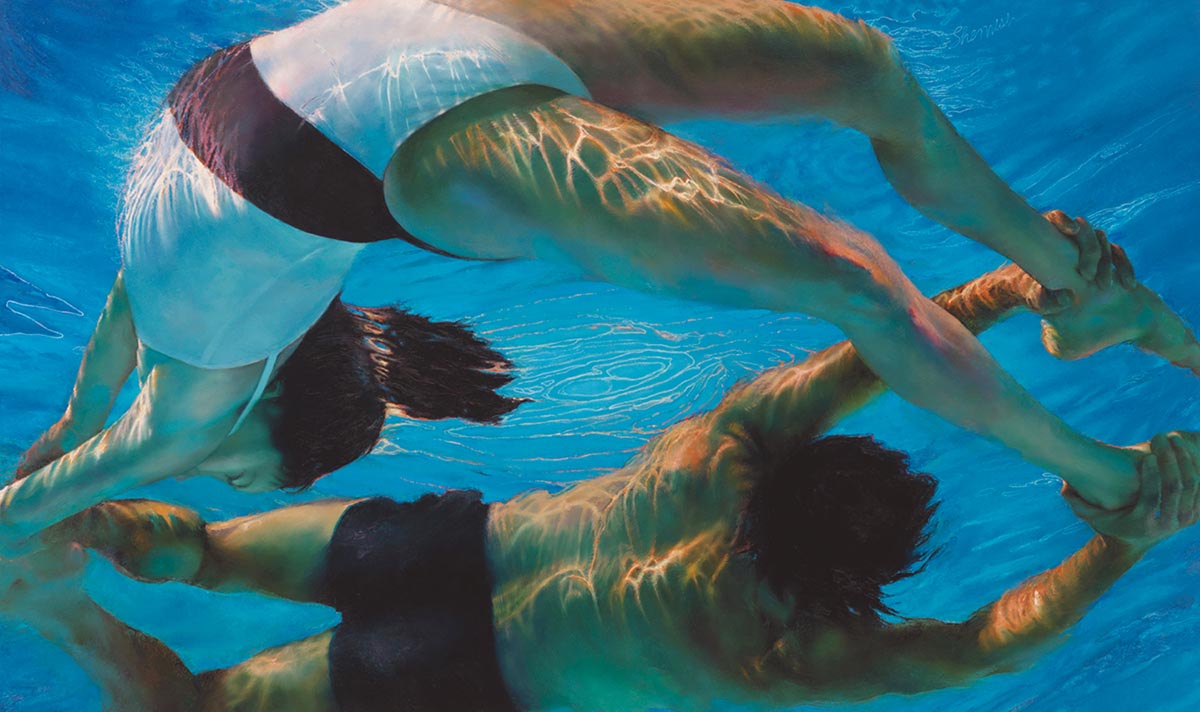 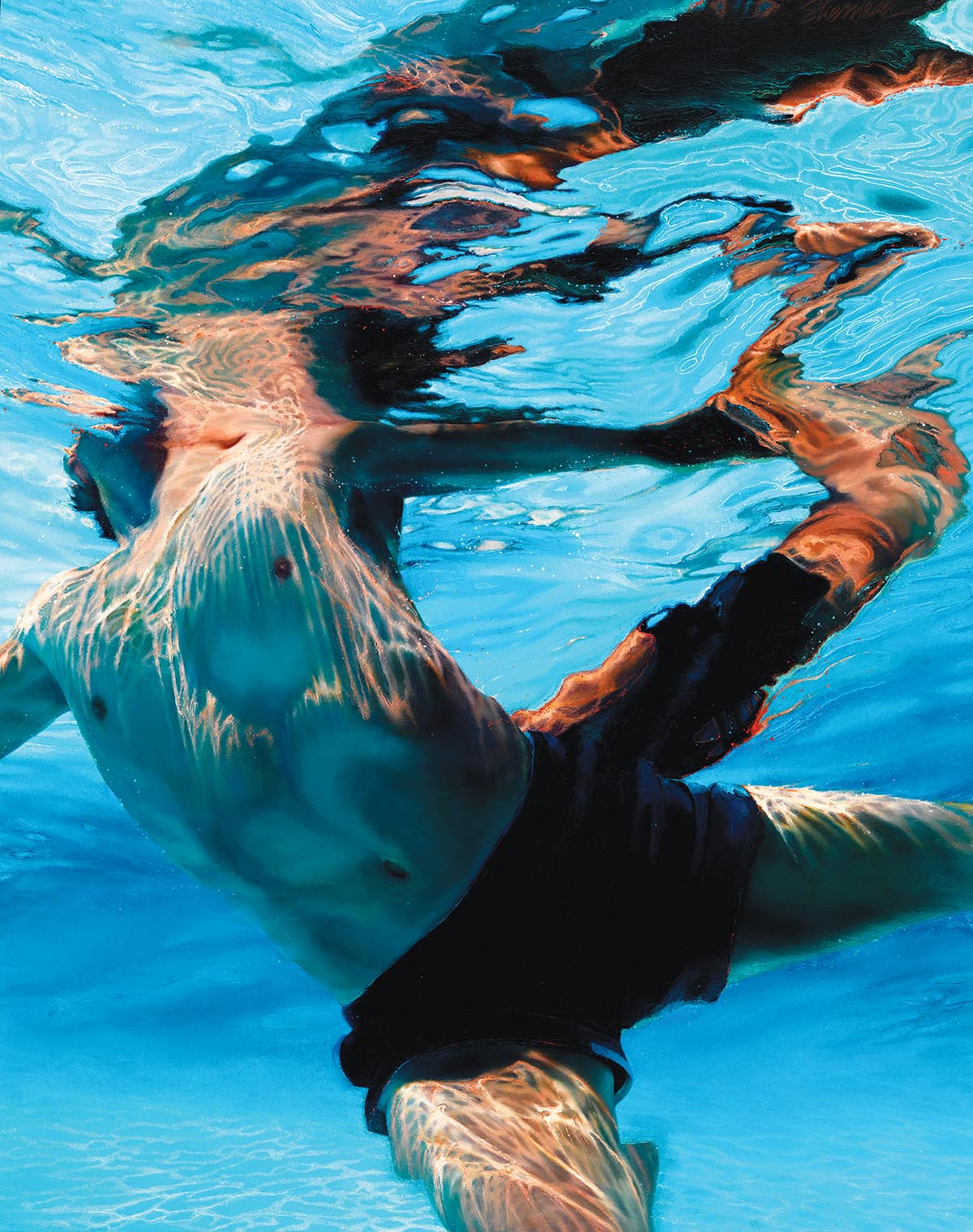 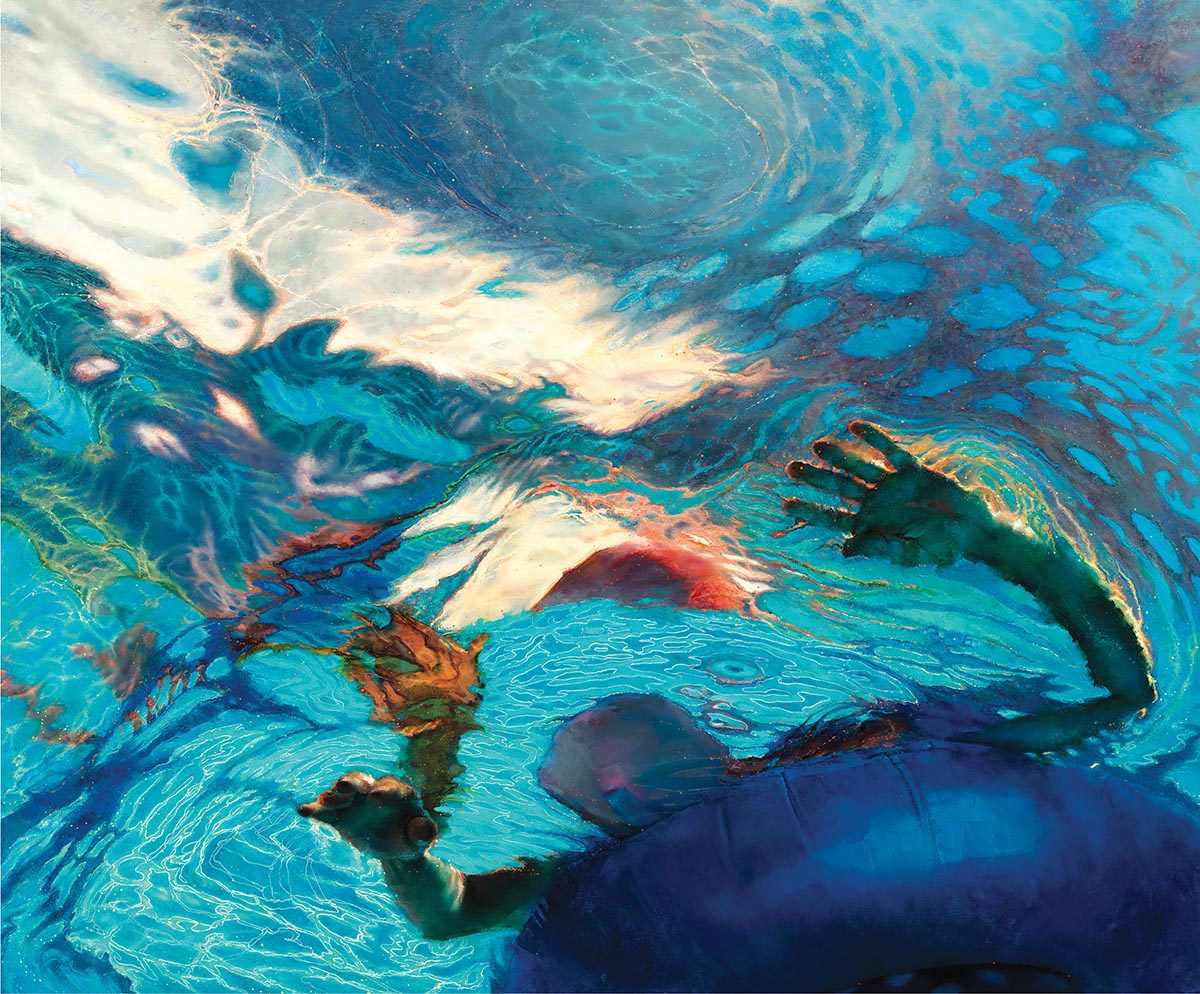 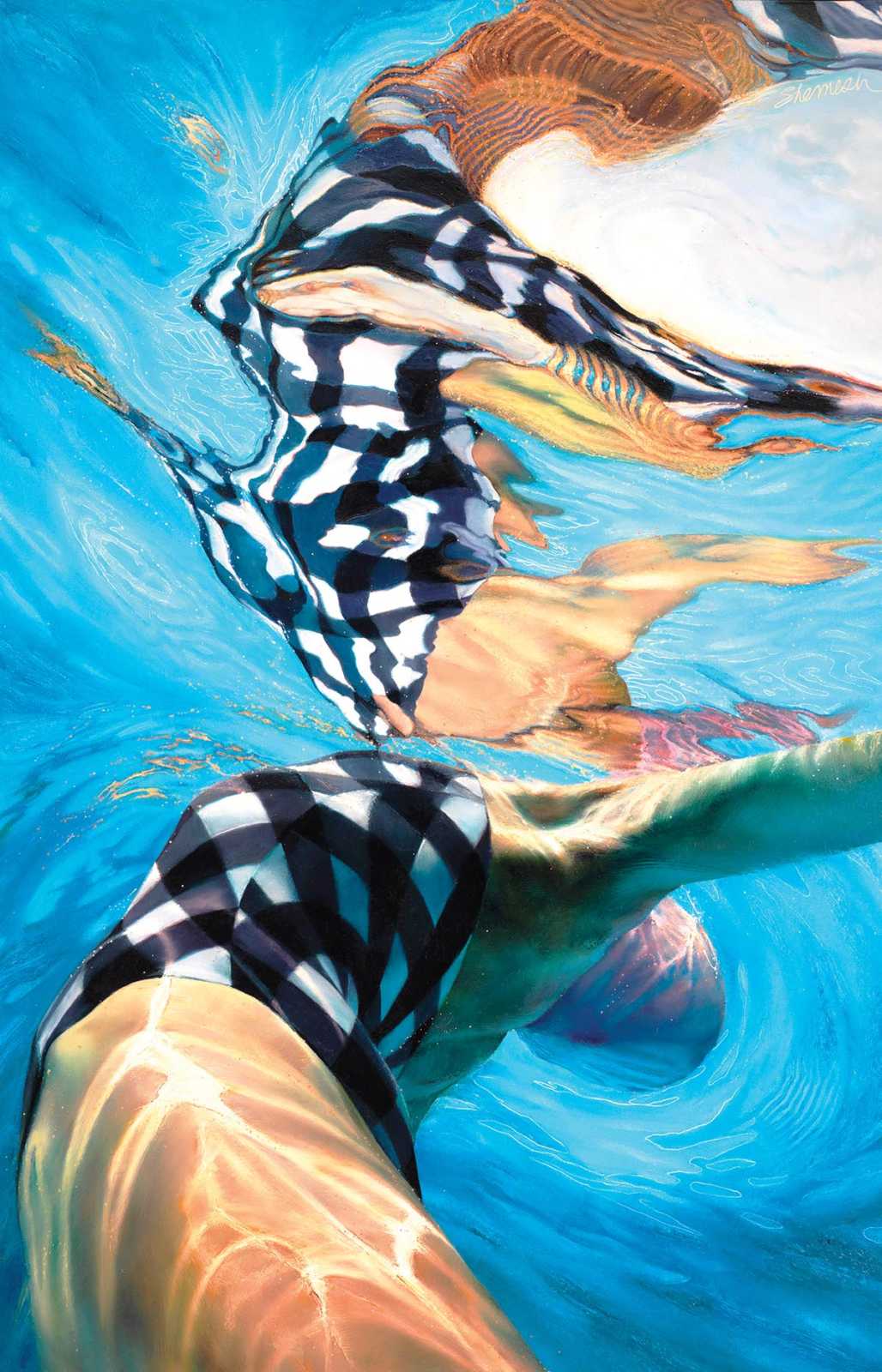