When a petite blonde named Velda delivered a handbag she made from magazine pages to a nonprofit called DreamWeave, it was a moment that didn’t reveal its underpinnings. Each one-of-a-kind bag can take 25 to 60 hours to make through a painstaking process Velda learned while incarcerated in a Davidson County jail. But at a glance, the bag doesn’t convey that. 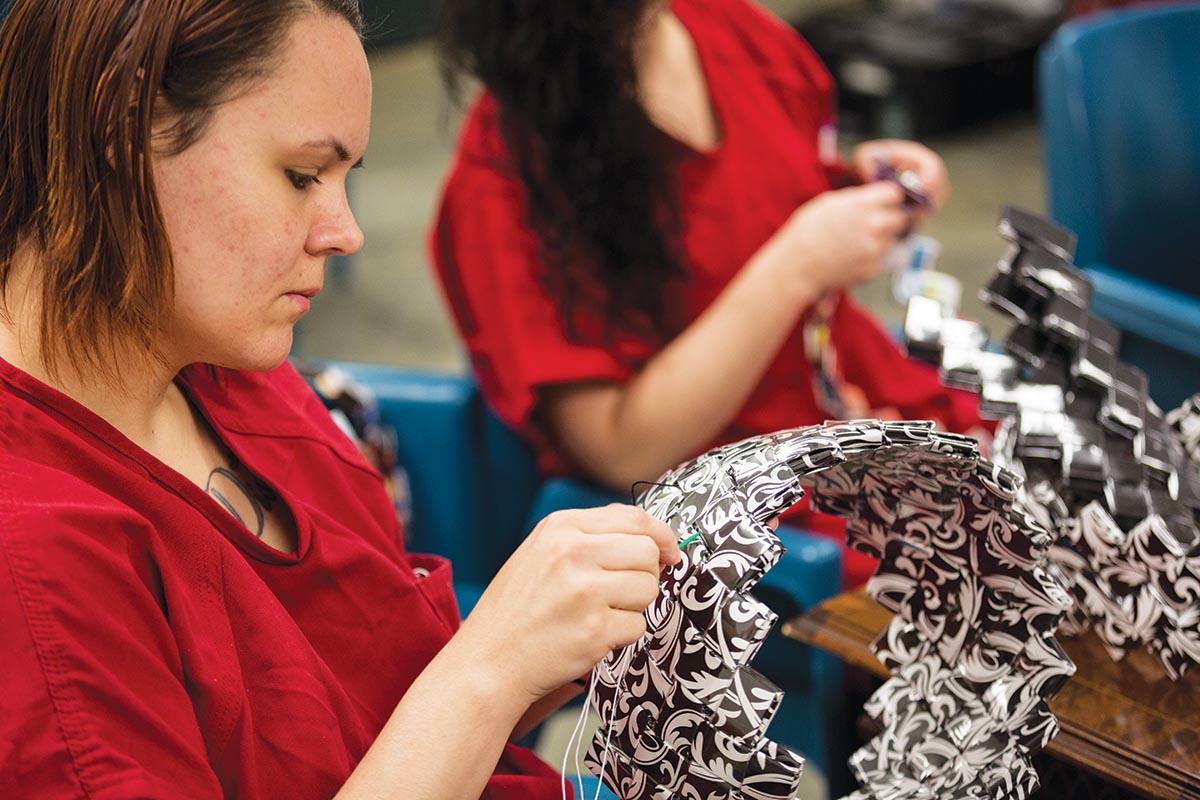 Each origami-like square that comprises the surface is about the size of a Scrabble tile and is produced by an elaborate folding process. Each bag is comprised of hundreds of strips of paper—from Bibles, magazines, newspapers, music lyric sheets, state maps—that are then covered in cellophane and woven into other strips. The handbag’s corners are the hardest part to form due to their three- dimensional shape.

“I go through tons and tons of magazines,” Velda says of her process. “With this one, I tried to look for color.” 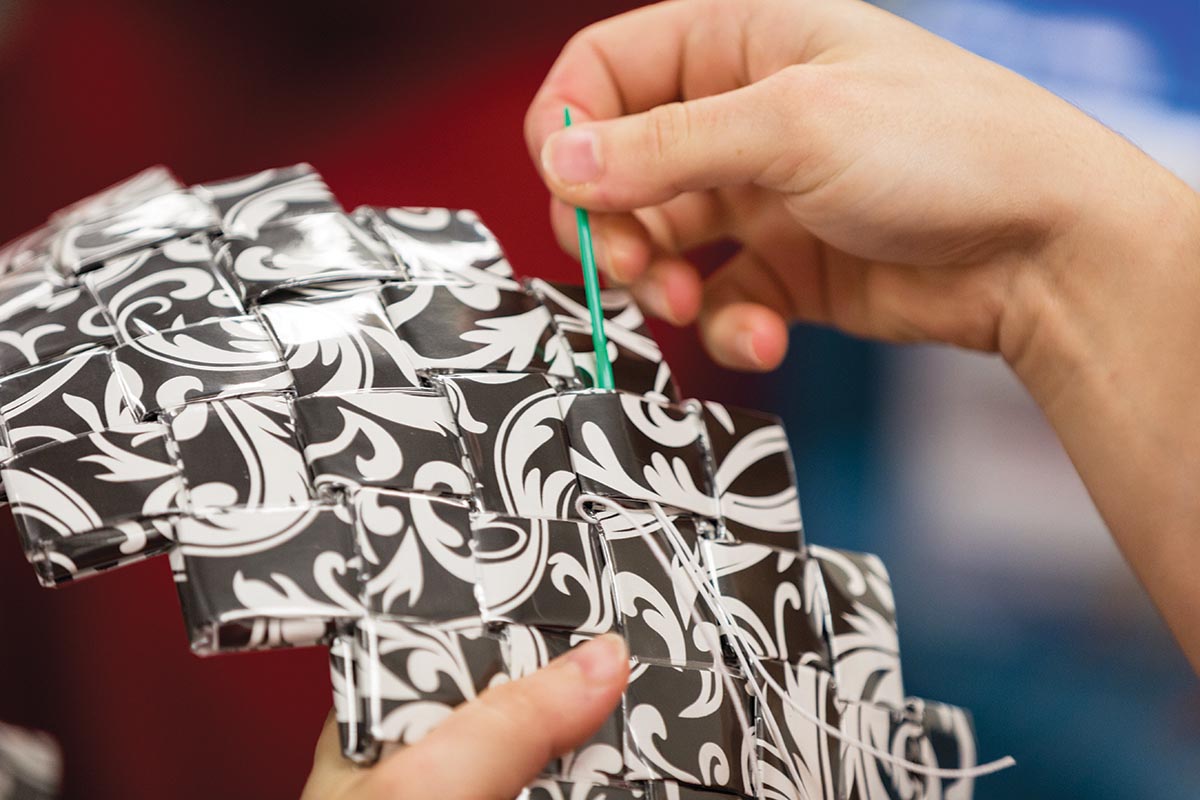 Velda always incorporates stars into her magazine purses; the symbol honors her beloved daughter, Amber Star, who died young by suicide. In fact, it was her daughter’s death that launched a precipitous decline for Velda, whose tailspin culminated in a jail stint from which she emerged in April. 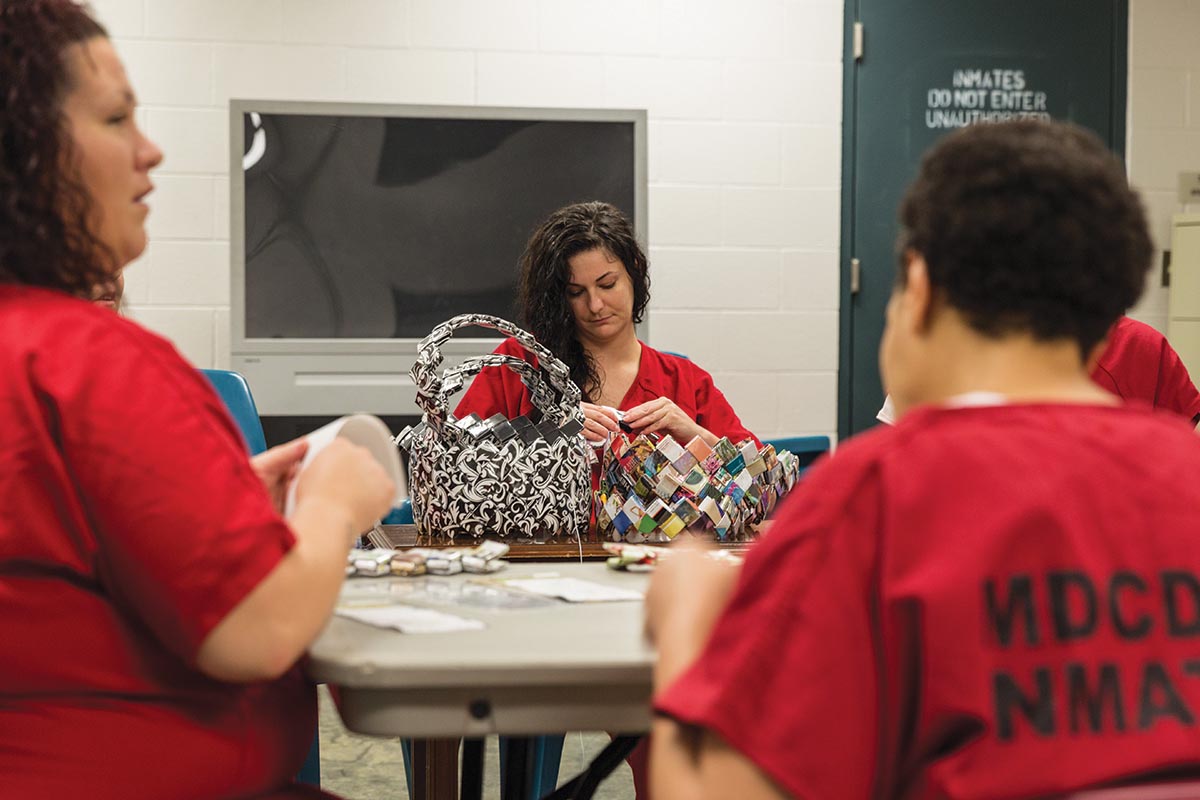 “My daughter’s suicide caused me to make some not-so-good choices, not knowing how to deal with my grief,” Velda says. “I didn’t know how to live without her. So I had pushed everyone away, out of my life, because I was tired of crying—and I knew they were tired of me crying.”

By the time she was behind bars, Velda had lost hope that anyone believed in her. “Then this bright light came into the jail and blew my socks off,” she says. “It made me remember that people really care.”

That “bright light” to whom Velda refers is Louise Grant, a prison management executive who left the field in 2015 and, shortly thereafter, co-created DreamWeave with the help of counselor Malinda Davenport-Crisp and Rev. Sherry Cothran. 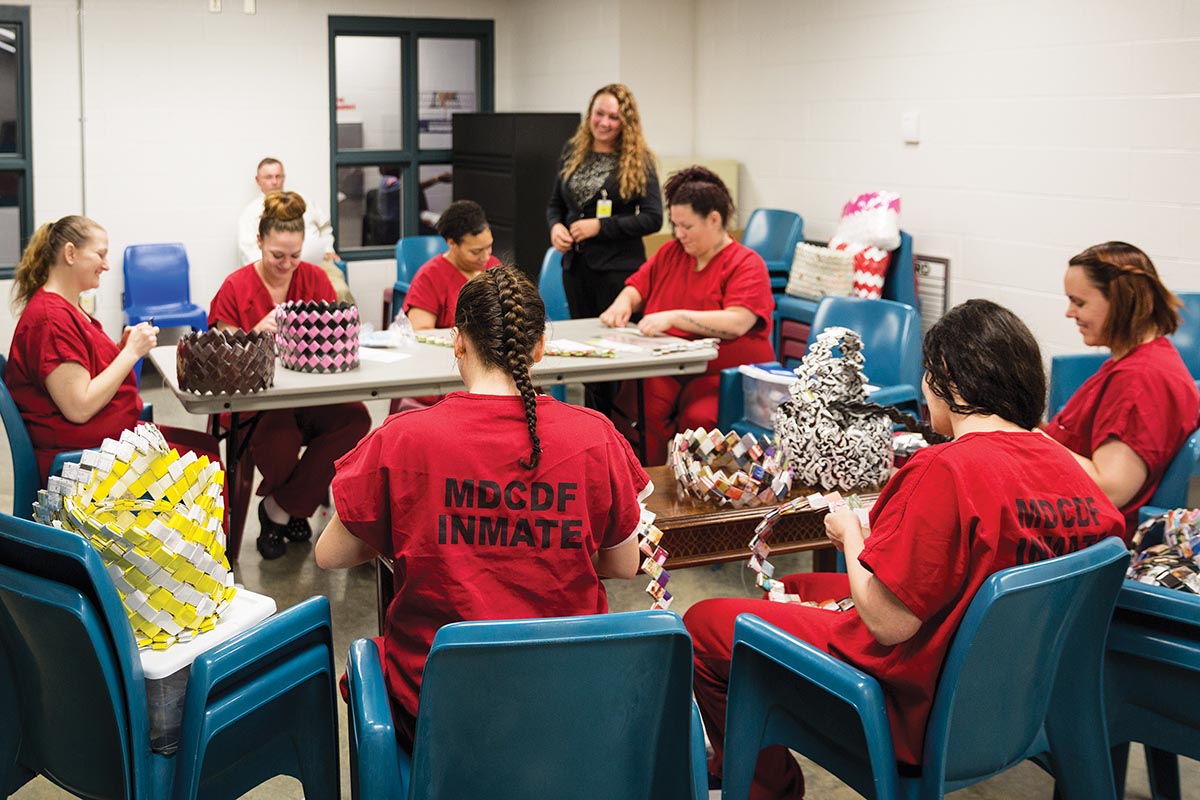 Grant first witnessed the prison hobby of purse-making in 2012, when she saw women creating small handbags from snack bags. She then began donating supplies for a crafts program that ultimately became the nonprofit social enterprise called DreamWeave by which artisans receive a 60 percent share of the price of each handbag (sold at www.dreamweavebags.com). DreamWeave also provides an array of support programs to women after they regain their freedom.

The phenomenon known as “prison art” dates back to the mid 20th century, when it became common among prisoners to render purses and wallets from the materials at hand. Examples still exist of handbags made from cigarette wrappers from the 1950s and 1960s, such as Camels, Pall Malls and Lucky Strikes. 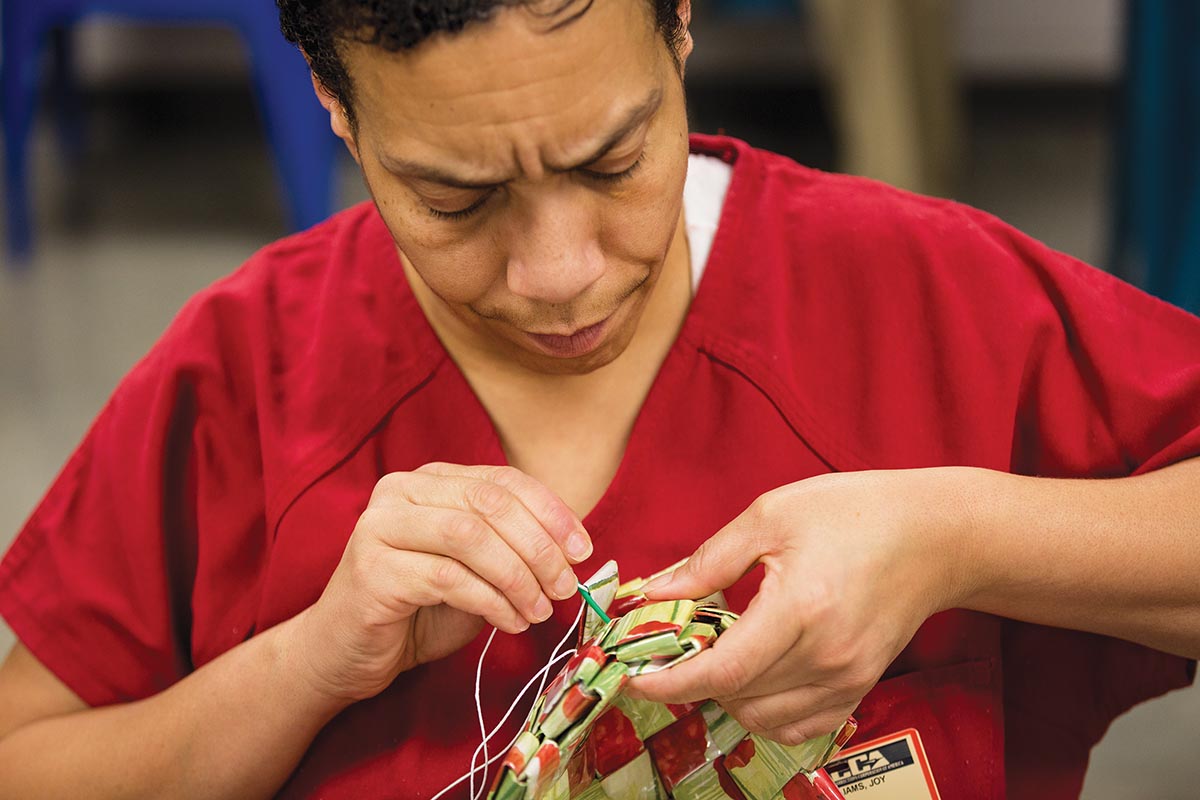 This artisan ritual of incarcerated life offers a figurative escape from prison—from one’s thoughts, from monotony, from reality. After all, in prison one has nothing but time on one’s hands. Using that time to exercise the basic human right of expression has created an intergenerational Cinderella story: given some empty cigarette packs, a prisoner can make a thing of beauty.

But within the DreamWeave program, this artisan ritual has become richer still; it is therapeutic, educational, and entrepreneurial. The women of DreamWeave learn business and life skills through the process of creating handbags in jail. And, as Grant explains, many incarcerated women are indigent, so the profits they receive from the sale of each handbag can go toward victim restitution, child support, court fees, and basic jail purchases, such as hygiene products. 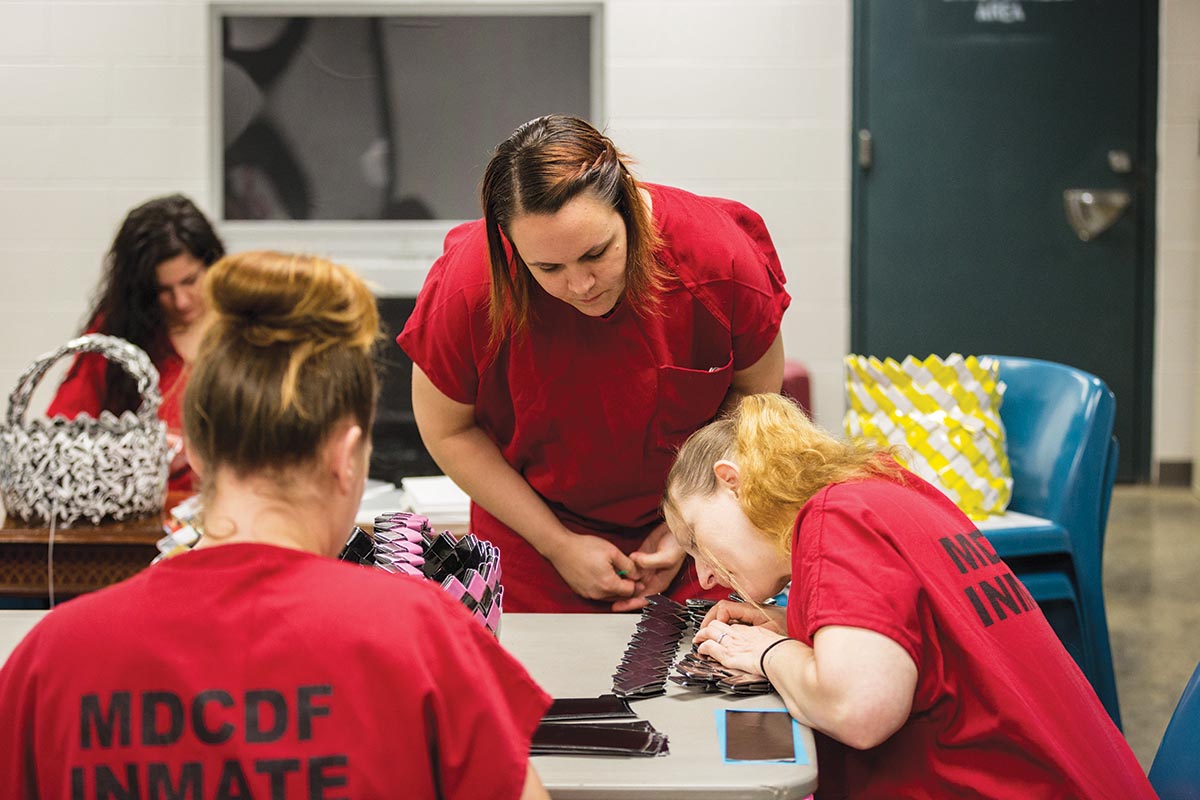 Upon release from incarceration, each woman may continue being a DreamWeaver with the team, as Velda has chosen to do.

During her incarceration, Velda noticed that some women in another room were surrounded by colorful paper. When she discovered they were making handbags, she said, “I want to do that.”

After Velda got in the program, she looked forward to seeing Grant every Tuesday, Wednesday, and Thursday during class. 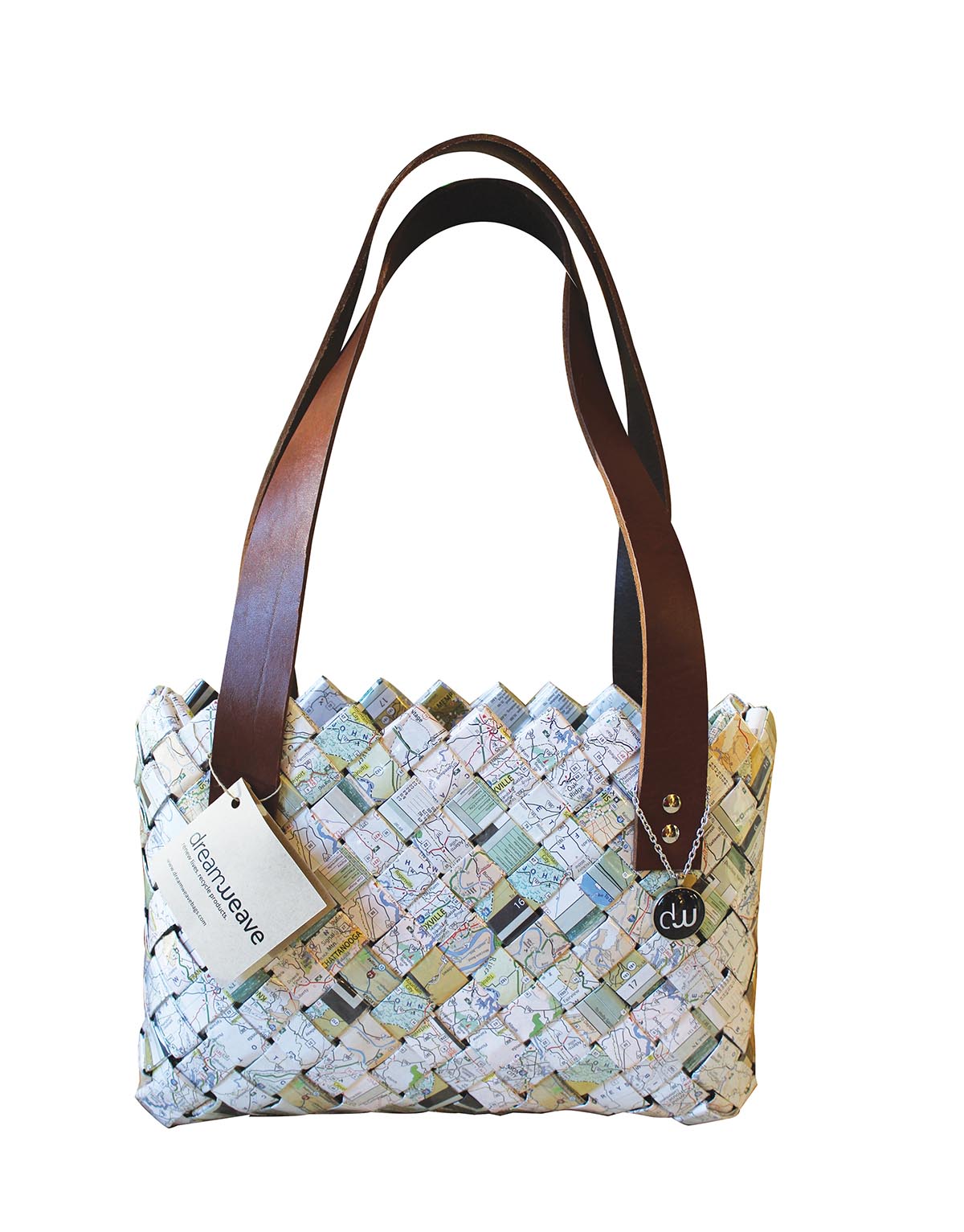 “She makes you feel good about yourself,” Velda says. “She doesn’t judge, and you can tell she really believes in you. So that’s why I wanted to continue when I got out.”

Velda needed the emotional support, because she felt like “a number” during her incarceration. She also thirsted for color.

“That was the only color we got, as everything was drab and dark,” Velda says. “And she came in with this wrapping paper and this color and just the light around her. It meant everything. It made a huge difference.”

“It’s a way to escape when you’re locked in your cell,” she says of crafting bags. “For that short time that you’re folding and weaving, you’re not really in jail. You’re doing your own thing. It probably helped me keep my sanity in there.” 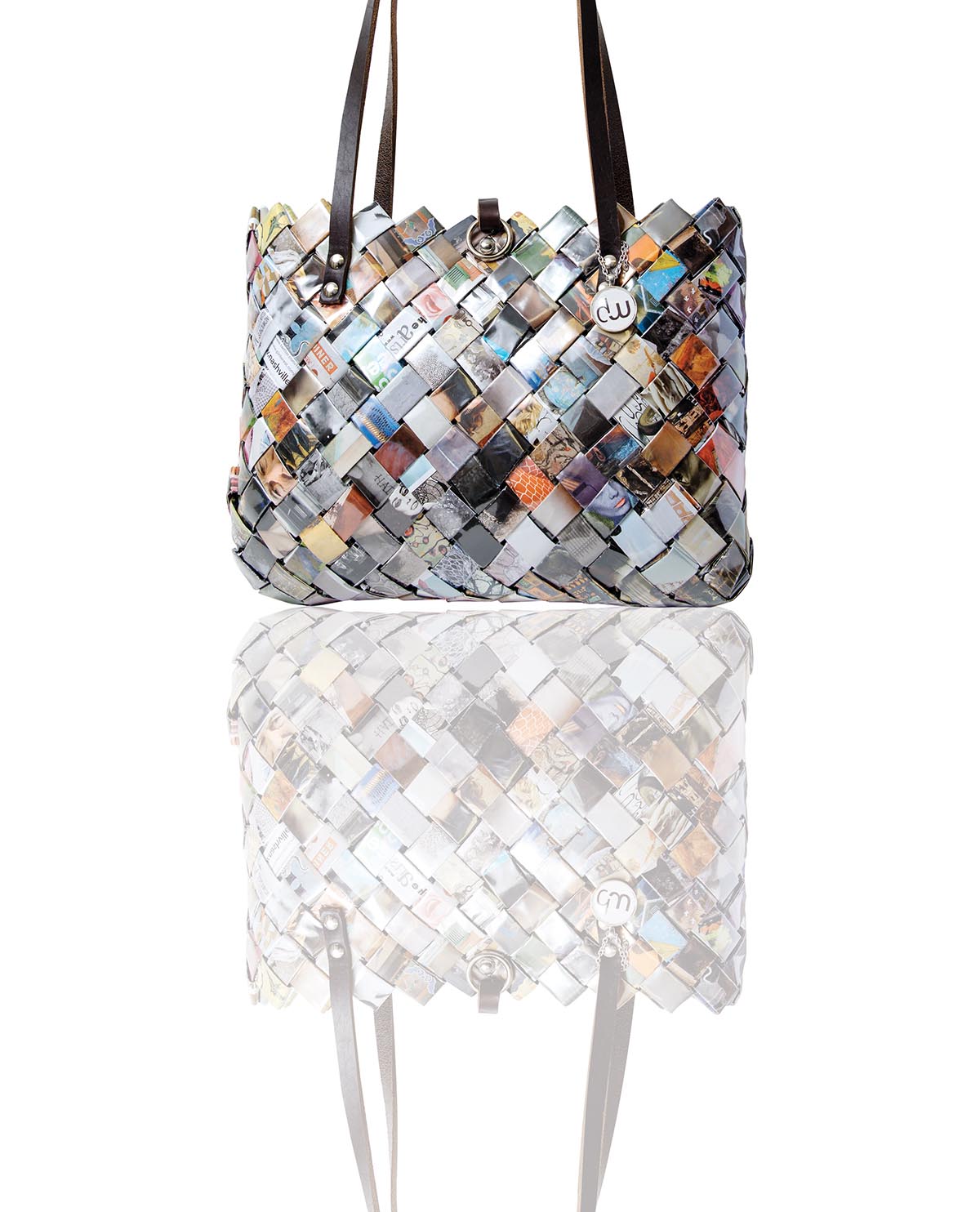 Purse Made From Nashville Arts Magazine

A clever and therapeutic aspect of the process is when each artisan weaves a “life dream” into the handbag—like tossing a penny into a wishing well.

Velda says, “Mine was to be released and live a happy, productive, law-abiding life, and to reconcile with my family, which I’ve done, and to receive help.”

Velda took pride in generating some income while in jail.

“I wasn’t going to call my family and ask them to send me money so I could buy shampoo and different things,” she says. “And, unfortunately, once you’re incarcerated you find out you really didn’t have any friends.”

After she signed her first check from the sale of her handbags, Velda bought shampoo and deodorant.

“Some of the most joyful days are when the woman gives me this beautiful purse,” says Grant, her enthusiasm for DreamWeave palpable. “By the time they’ve finished, there’s love in that purse.”

One of the DreamWeave partners, Malinda Davenport-Crisp, is the executive director of Family Reconciliation Center, a Nashville non- profit that counsels spouses and children of the incarcerated and provides counseling to incarcerated women and men. She says that making these handbags increases more than a woman’s savings account. 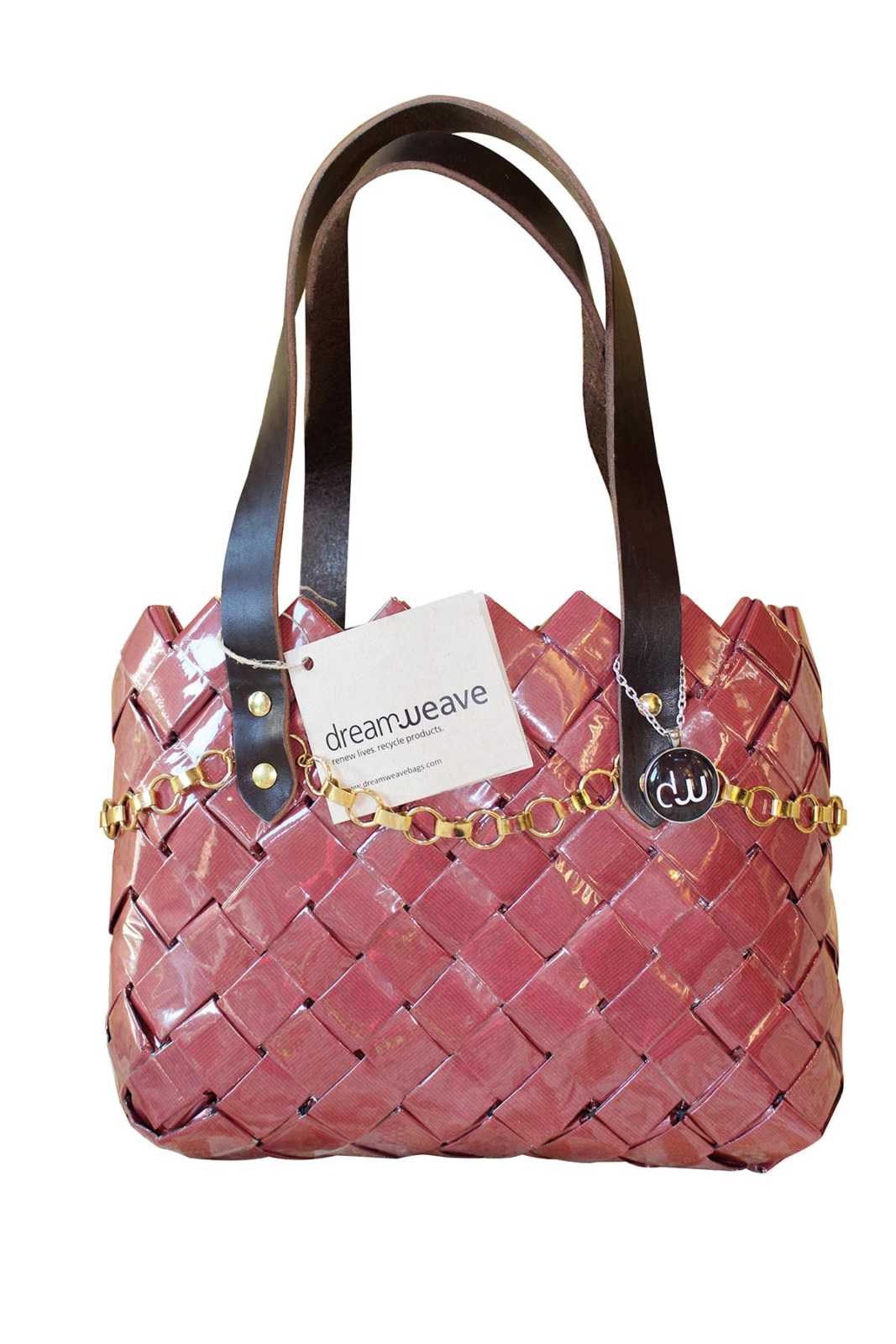 “We have a lot of women [in the program] who haven’t finished high school,” she says. “They haven’t been able to stay with a job very long. They struggle with addiction. So to be able to say I did this creates an incredible amount of self-worth.”

Grant adds, “The vast majority of the women have drug problems.

Generally, their addiction is at the heart of all of this. And when you go back and you start reading their stories, trauma began at a young age in their lives.”

Davidson County Sheriff Daron Hall, who allows DreamWeave to operate inside the jail, is a devotee of the cause. His mission has long been to lead offenders into a life of productive citizenry. Teaching them skills they can use outside of jail is critical to this mission.

“Making license plates doesn’t really make you very marketable once you get out,” Hall says. “I think the purses are very marketable, and I think the skills and the pride in one’s work is the real value here.”

Hall says, “Clearly an individual who is incarcerated doesn’t have the opportunity to work and make a living. This allows them to start getting back on their feet. If they weave a purse and the nonprofit sells it for them, that revenue that is generated can be put into a woman’s account, and she can put that toward savings for when she gets out.” 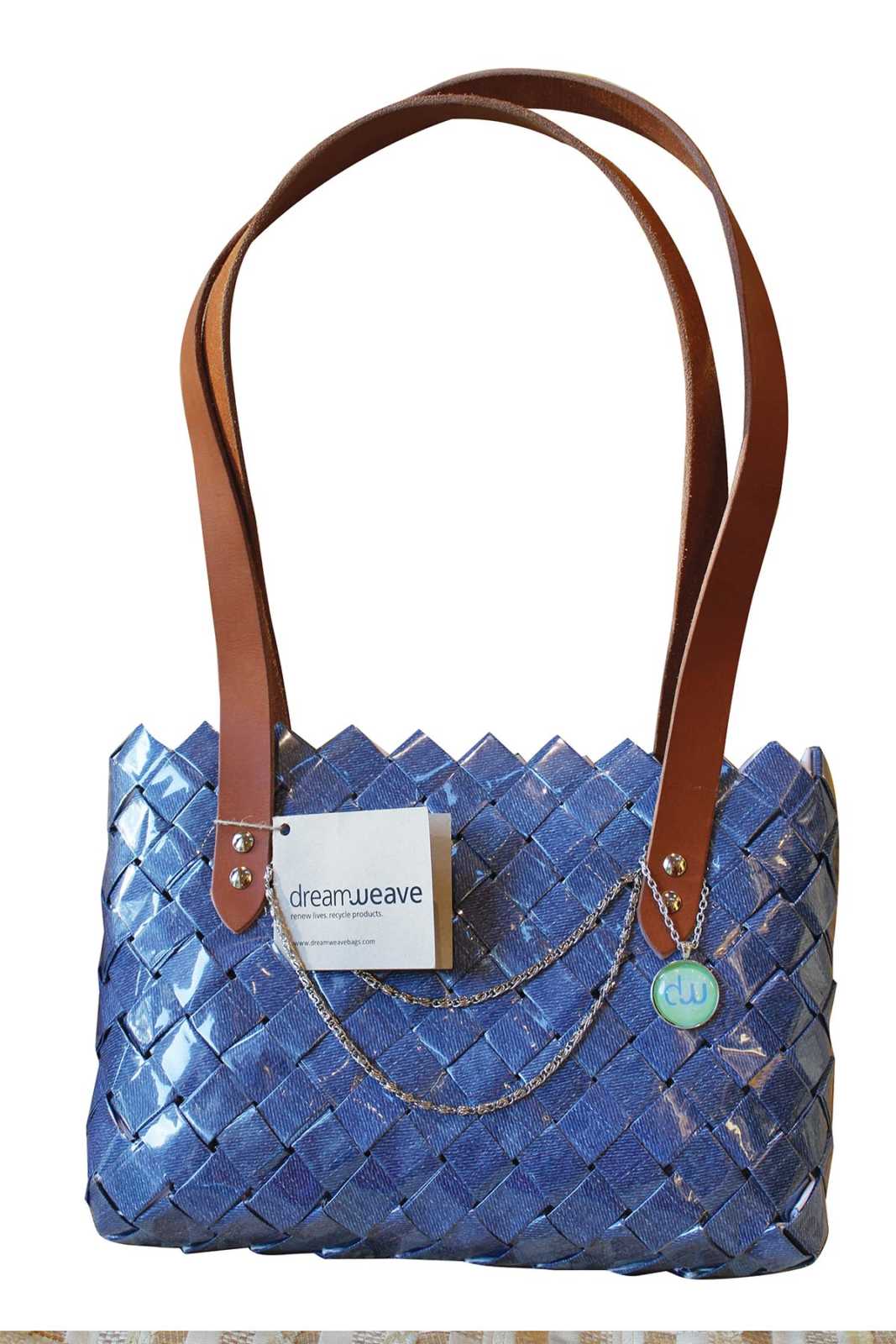 This is important, Hall says, because the temptation to jump back into a life of crime is real.

“We’re extremely supportive of what they’re doing,” he says, noting that he hopes the DreamWeave program will grow. “I don’t see why men can’t learn to weave purses, too.”