It’s been a frenetic few months for rock legend—and longtime Nashville resident—Peter Frampton. He spent the summer touring America with his band while making frequent appearances with fellow rock icons Gregg Allman and Lynyrd Skynyrd. Not one to slow down, even 40 years after the multi-platinum Frampton Comes Alive! catapulted him to global fame, Frampton also kept busy performing acoustic arrangements of his greatest hits in intimate theaters on his Raw: An Acoustic Tour. 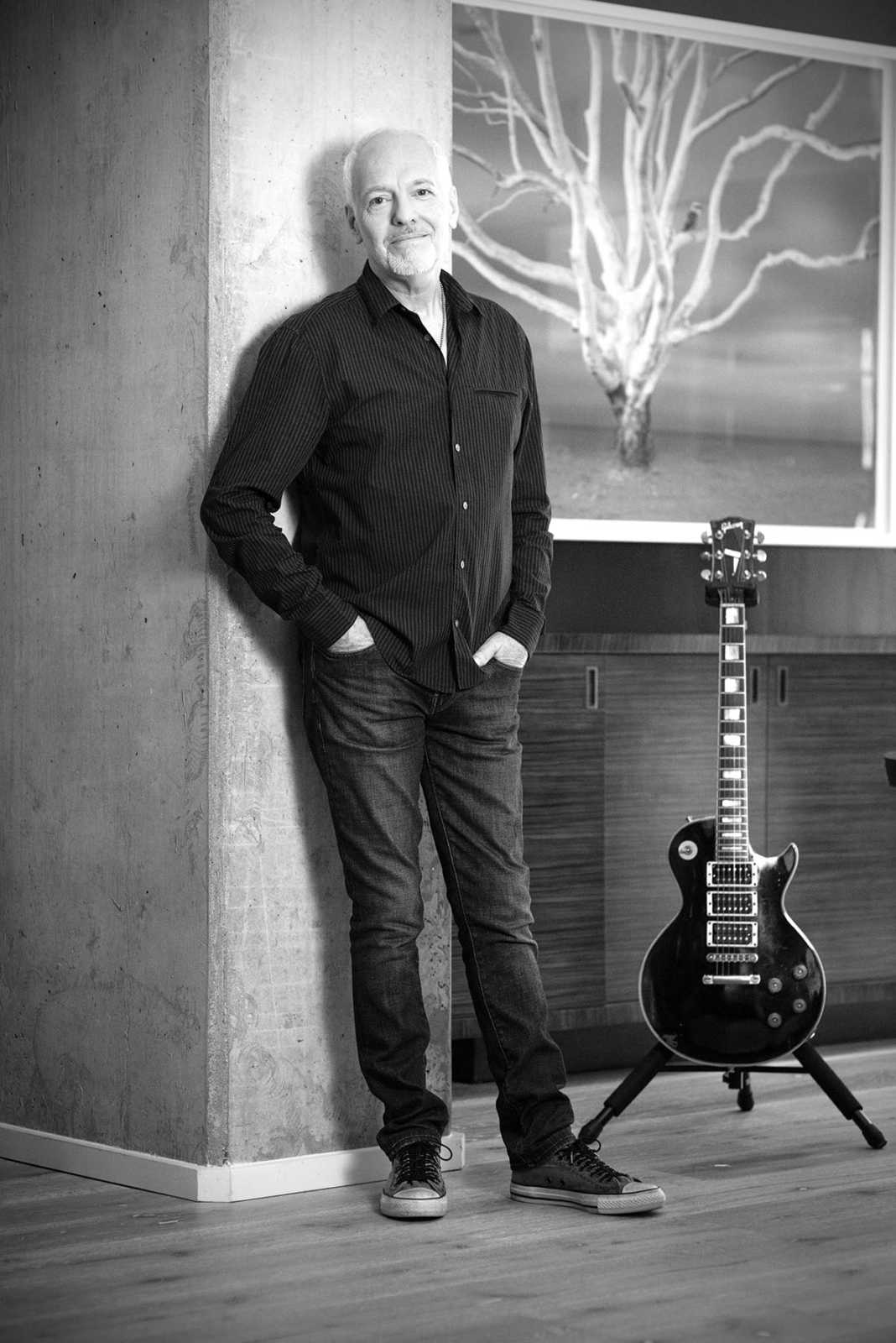 Those arrangements, released earlier in the year on the songwriter’s terrific new album Acoustic Classics, came in handy in April. Grammy Award Winner Frampton was invited to perform at Mayor Megan Barry’s inaugural State of Metro address, and the immediacy of his acoustic arrangements captivated the crowd. Indeed, as Frampton and his longtime collaborator Gordon Kennedy performed the familiar hit “Baby, I Love Your Way,” one could see Nashville’s new mayor sitting in the background, smiling broadly, and singing all the words she knew by heart.

“Nashville has definitely been good to me,” says Frampton, who spoke by phone after that performance. “Where else does a guy like me get to open for the mayor?”

Barry invited him to perform for ostensibly sentimental reasons: Frampton Comes Alive! was the first album she ever bought. But on a deeper level, Frampton’s presence at this official event seemed symbolic of the new Nashville. Long the capital of country music, Nashville has in recent years become an international center of music writing, publishing, and recording of every kind, eclipsing even New York and Los Angeles. The place is now home to great jazz and blues musicians, a Grammy Award-winning classical orchestra, and to an international assortment of rock stars, from Detroit native Jack White to the British-born Frampton.

“What attracts me most to Nashville is the atmosphere,” says Frampton. “I’ve lived in other places where you might run into a musician backstage and say, hey, we should get together sometime and write something, but it never happens. In Nashville, though, it always seems to happen. There’s a real sense of community here, and it’s a very inspiring place to live.”

One of the first musicians Frampton met in Music City was Kennedy, a fixture of Nashville’s songwriting community who’s best known for co-writing the hit “Change the World” for Eric Clapton. Frampton and Kennedy began collaborating in 1999, writing songs and contributing to such films as Cameron Crowe’s Almost Famous. They’ve been at it ever since, with the two of them touring to promote Frampton’s new Acoustic Classics album. (Their touring culminates with an acoustic performance at Nashville’s Schermerhorn Symphony Center on March 26, 2017.) 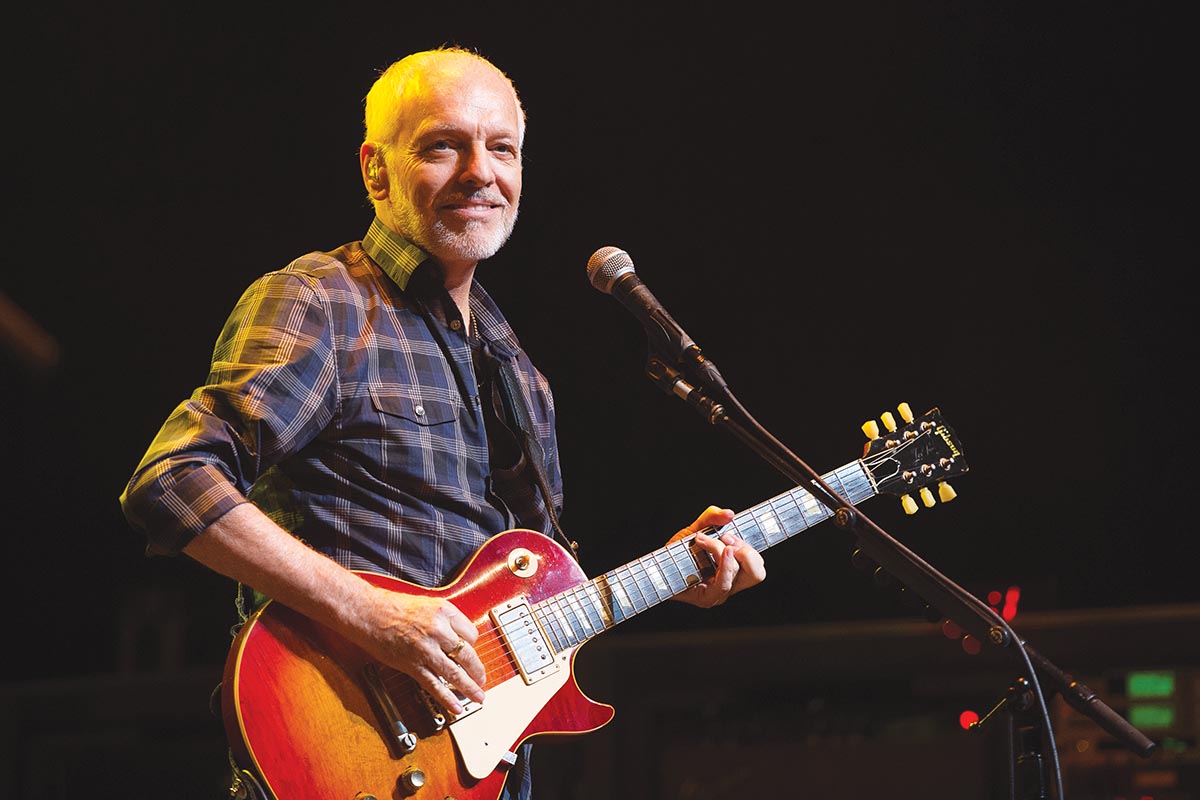 “I’ve been a fan of Peter’s since I was a sophomore in high school, when the live album came out, so sitting next to him and performing has been like a dream come true for me,” says Kennedy. “And I think the thing that really sets Peter apart from everyone else is his guitar playing. Unlike a lot of great rock guitarists, who were trying to sound like Delta blues players, Peter grew up listening to [jazz great] Django Reinhardt. That obviously had a huge influence on his style.”

Frampton’s inimitable style comes to the fore in Acoustic Classics, the 11-track album he recorded in his Nashville studio. The album includes one new number, “All Down to Me,” which Frampton jokingly refers to as a “new classic.” The rest of the recording surveys many of Frampton’s best-known hits, including such favorites as “Show Me the Way,” “Baby, I Love Your Way” and “I’m In You.” Amazingly, there’s even an acoustic version of Frampton’s epic stadium rocker “Do You Feel Like I Do.”

Frampton initially thought he’d have little trouble turning his iconic rock songs into more intimate numbers. Surely, it would just be a matter of performing the songs on an acoustic guitar without the band. Turns out it wasn’t so easy.

“I recorded a couple of songs, but when I went back to listen I really didn’t like them at all,” says Frampton. “The songs just didn’t sound right without the band, and that’s when I realized this was going to be hard. Basically, I had to reverse engineer each one of these songs, approaching them as if I were playing them for a friend for the first time.”

Frampton showcases both his vocal and multi-instrumental skills on the new album, playing acoustic guitar and bass, accompanying himself on piano during the song “I’m In You.” He employs sound effects sparingly. His beloved Talk Box, for instance, is used on just one song, “Show Me the Way.” The rest of the sounds are produced by dazzling finger work alone.

“I’ve lived in other places where you might run into a musician backstage and say, hey, we should get together sometime and write something, but it never happens. In Nashville, though, it always seems to happen.” 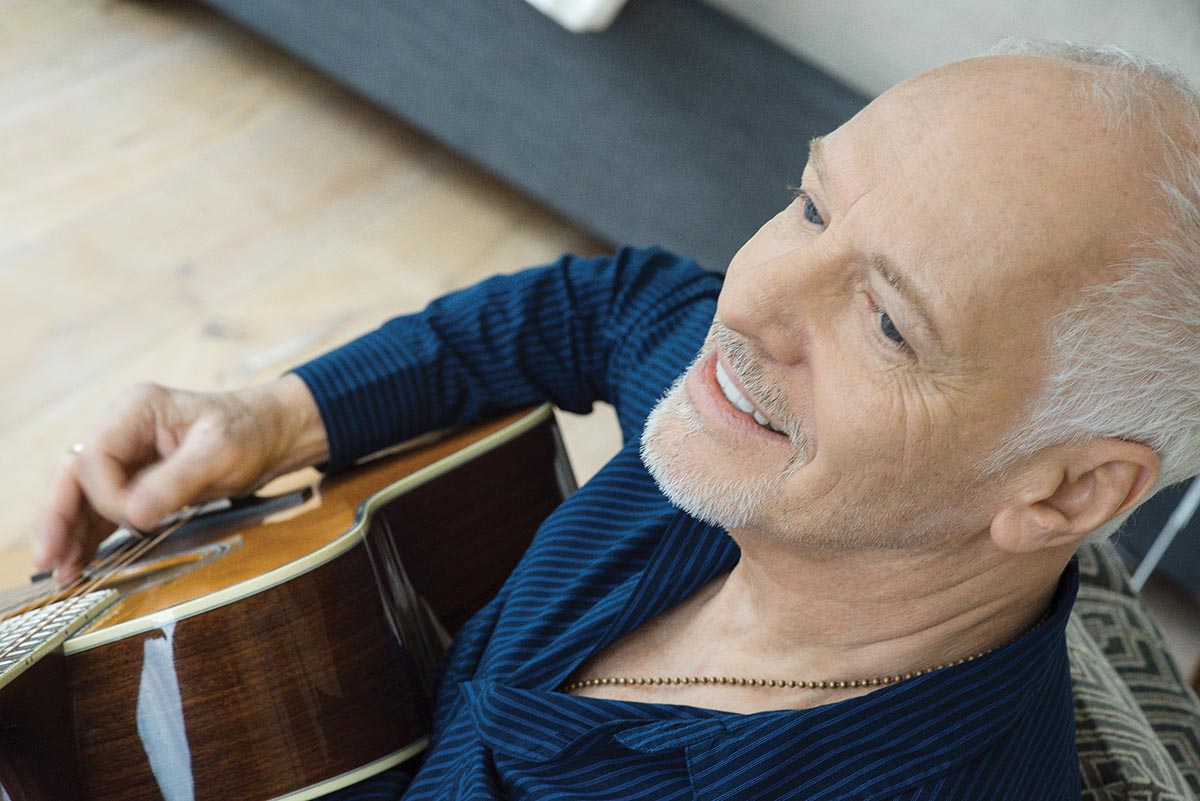 The album’s biggest revelation is “Do You Feel Like I Do.” This tour de force of rock-band improvisation lasts a full 14 minutes on Frampton Comes Alive! On Acoustics Classics, the tune is compressed into a tightly focused, six-minute bluesy number, a transformation that seems to increase exponentially the song’s tension and emotion. Certainly, the performance underscores Frampton’s instrumental virtuosity and imagination.

“I can tell you that performing next to this guy is intimidating,” says Kennedy. “Music is such a natural language to him that he never plays anything twice the same way.”

And yet his songs remain eternally familiar.

During Frampton’s appearance at the State of Metro address, Mayor Barry was clearly overcome by a sense of joyful nostalgia. “I had to keep telling my teenage self that it was real,” writes Barry in a recent email. “Nashville is lucky to have Peter and so many talented artists from different industries and genres who make up the creative fabric of Music City.”

Frampton, for his part, shares that sentiment. “Nashville is a big city with a truly friendly small-city feel,” Frampton says. “There’s no better place for an artist to live.” 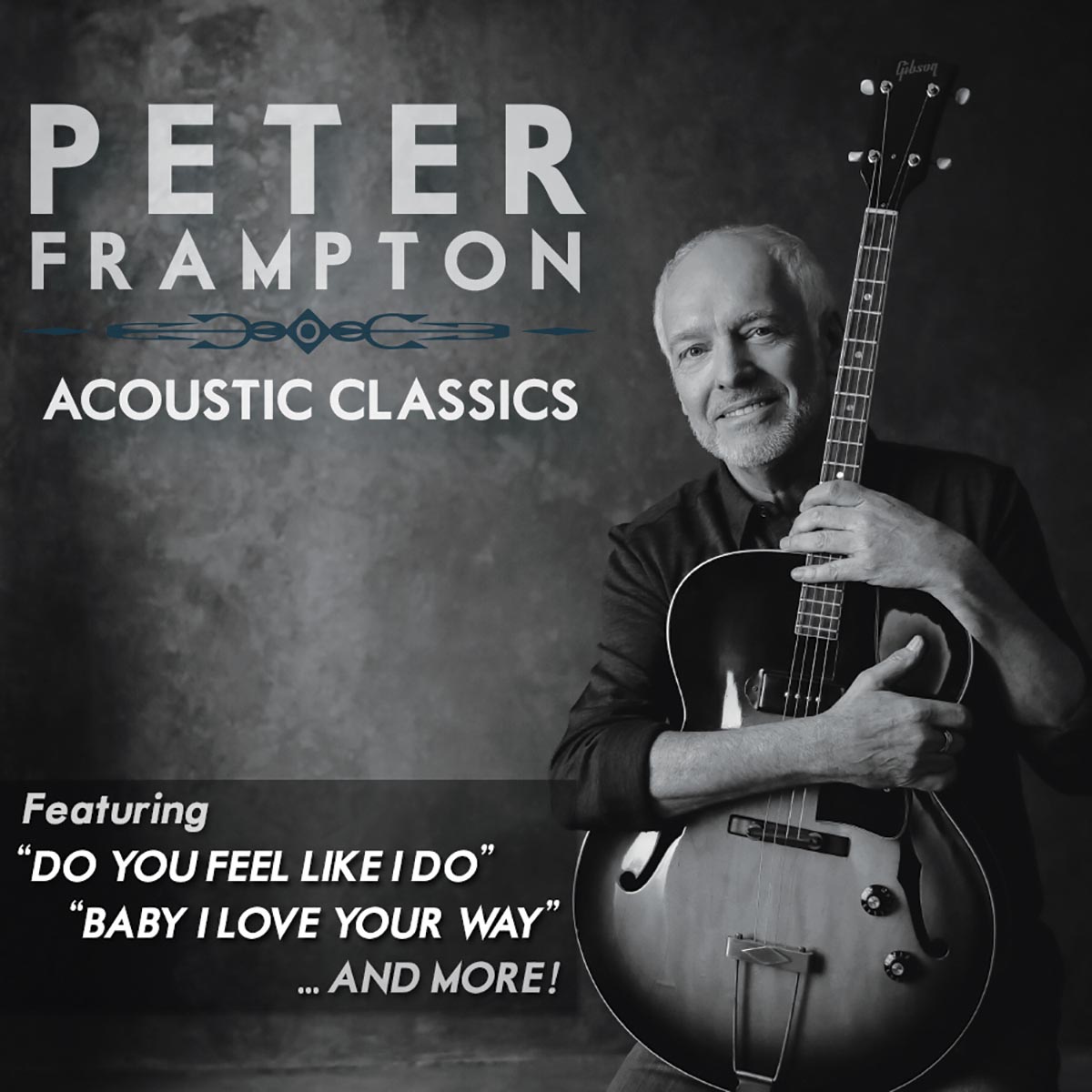 Frampton will be performing his acoustic show in Nashville at the Schermerhorn Symphony Center on March 26, 2017. His latest recording, Acoustic Classics, is available on iTunes, Amazon, music stores and at www.Frampton.com.