“People either like my work or they don’t. It often appeals to people who have had difficulties, and they are aware of them. Those that love it do so because it touches something deeply within them.”

Marianne Kolb finds beauty and inspiration in the fact that life is interconnected and mercurial. As Kolb has traveled and connected with people across the globe, she has realized that “as human beings, we all suffer somehow, and we all have concerns.” The paintings she makes are exalted expressions of what she has learned by observing people. They acknowledge pain and fear that pervades human life, but also refer to the perseverance and hope that drive the human spirit. 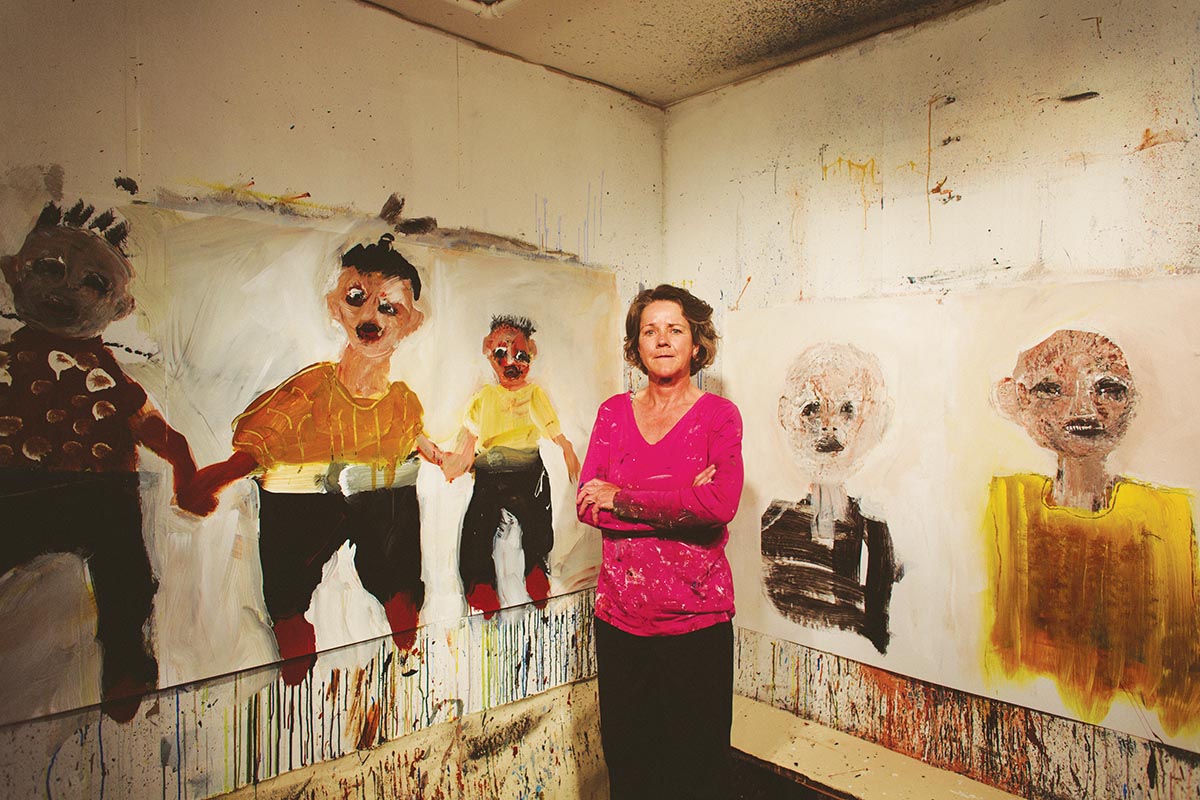 Marianne Kolb in her studio; Photograph by Deario Auston

Kolb emigrated to the United States from a small town in Switzerland because she felt stifled by the lack of opportunity she had there as a woman. She recalls, “At that time there was not even a glass ceiling for women. It was just a solid rock ceiling.” She did not know at the time that she wanted to be an artist because she had never studied it, but she knew she wanted more than the frustration she experienced as a woman in a patriarchal community. She relates, “People from my village are all the same. They are the same families who have lived there for generations. I wanted something different.” 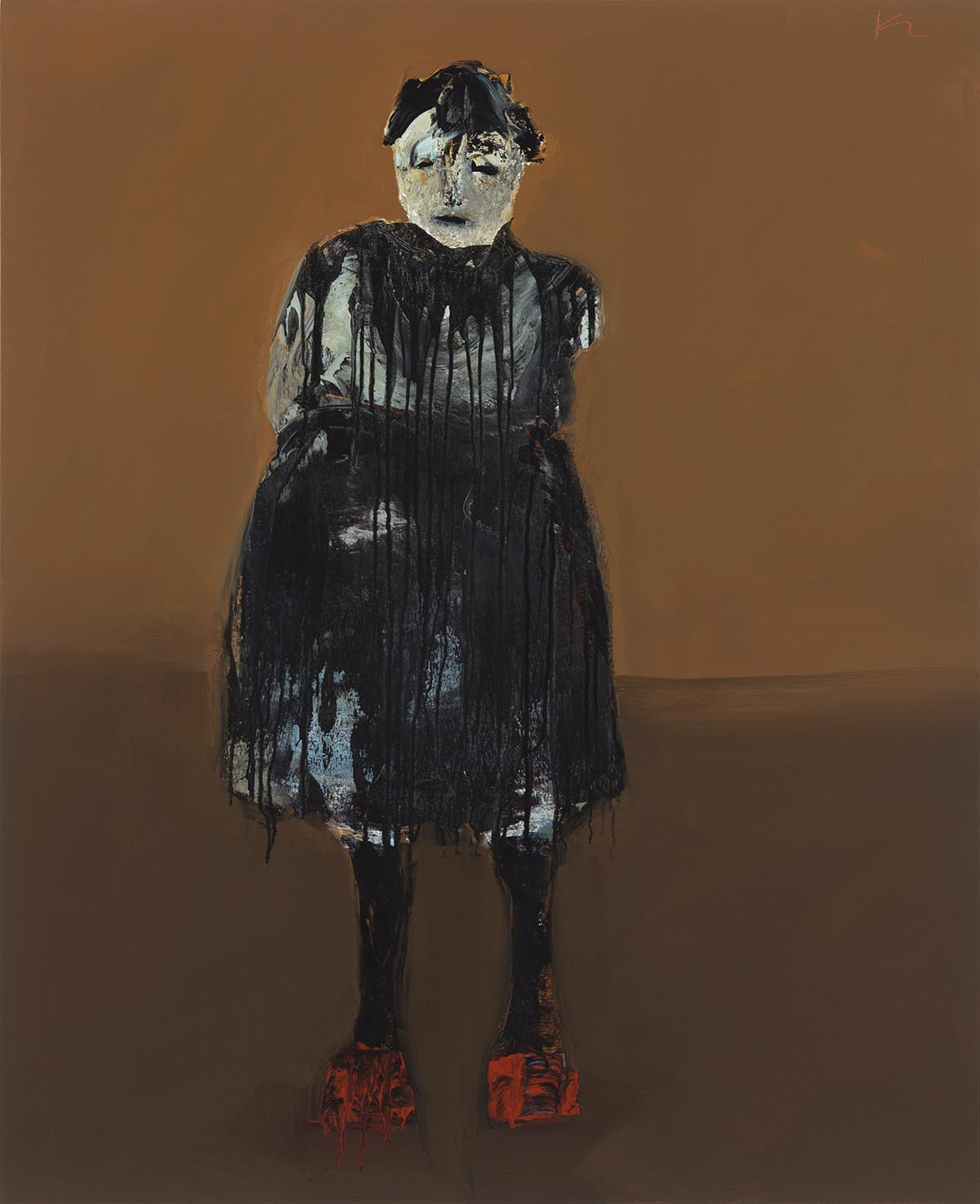 Naturally, when she moved to the United States she did not have the same cultural references as everyone around her. She found herself going out and observing people to learn about American culture. Unlike what she had experienced growing up, she was immersed in a diversity of languages, people, styles, and ways of being. Even after over 20 years here she still steadily watches and listens to those around her. If she feels comfortable, she takes the opportunity to pose questions.

“You won’t believe what people will tell you when you ask a sincere question,” Kolb explains. “People can open up and surprise you.” She looks for inspiration in all of her encounters. She remembers colors, sounds, smells, along with facial expressions, body language, and bits of overheard conversations and accesses them to resolve on canvas with paint. 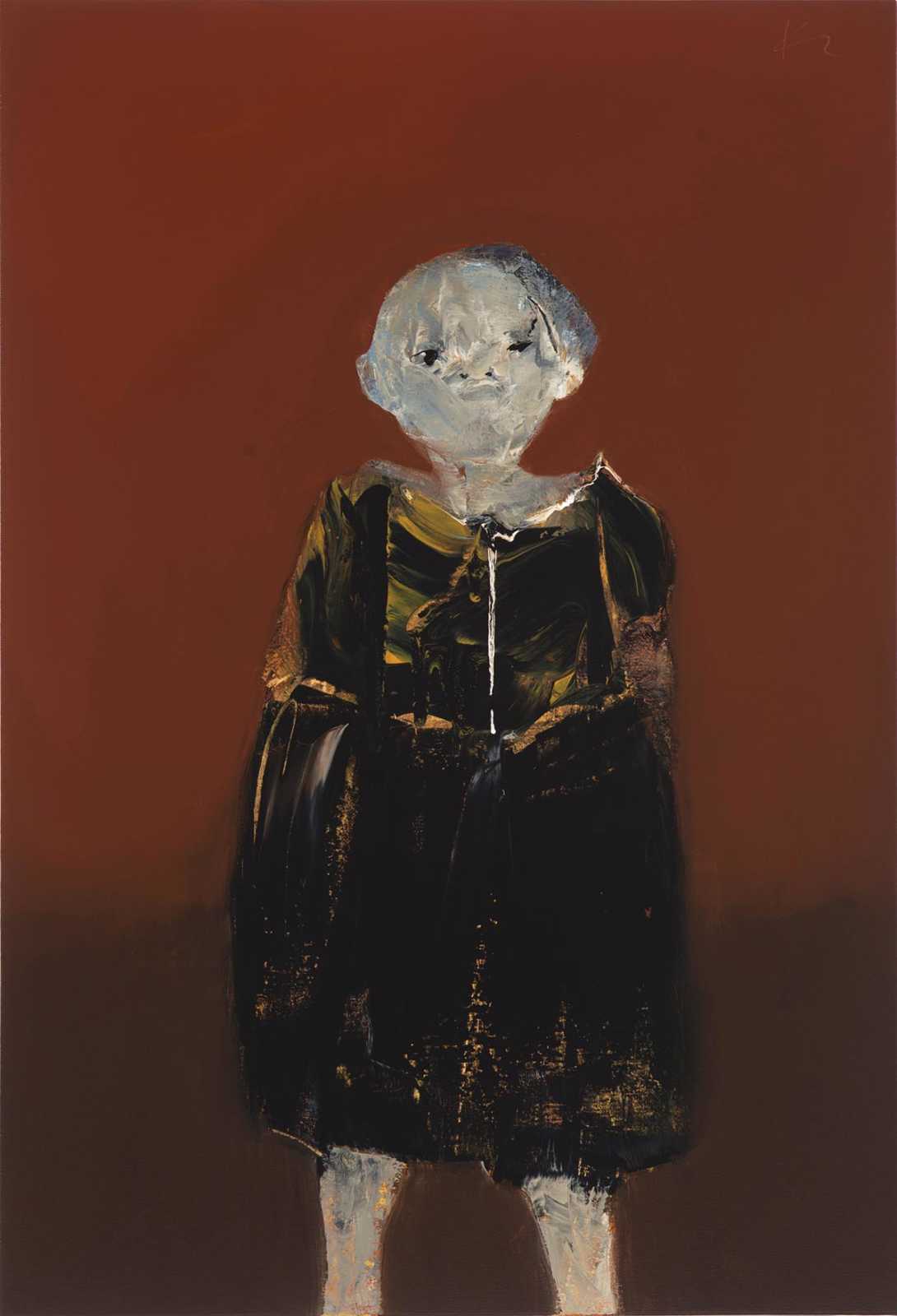 Her creative process begins with sitting in the studio and resting her mind until she feels herself in the right state to paint. Instead of setting up to work with a palette for mixing colors and drawings to outline the composition, she simply applies paint to the canvas and pushes it around until it makes sense to her. “Once I see where the painting is going, I follow it—like a jazz ensemble improvises but then all come together in the end.”

Kolb acknowledges that her process involves revision, and she actively paints and repaints the same canvas until it communicates with her. Sometimes she loses paintings if she pushes too hard. “When my ego gets involved and I want a painting to be a certain way, it doesn’t work. I strive for detached involvement. I try to be involved with the art process without being attached to the outcome. That’s when it is the best.”

Although Kolb’s paintings are not about one specific person or moment, they always feature a figure in an indistinguishable location. The boldly presented characters are raw, depicted in varying states of vulnerability. Evidence of the energy and intuition Kolb uses to blend the water-based mediums on canvas remains on the surface as colors roughly blended together and vigorous curved, straight, and diagonal lines. The resulting crudely formed figures exude visceral expressions that define the work. 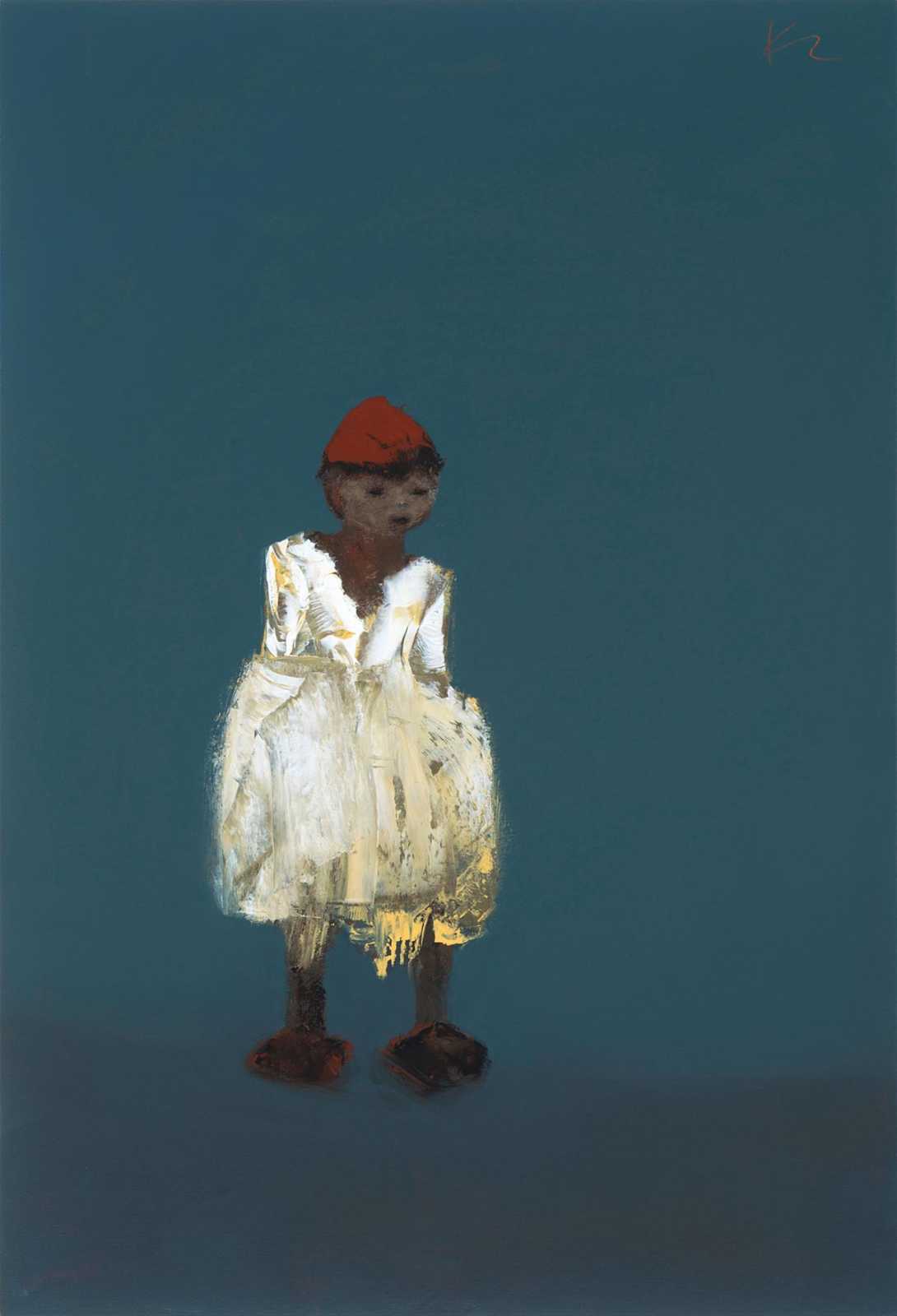 The imagery in her paintings depends on the lessons Kolb has learned from her encounters with strangers. Some works such as Ambitious Nature and A Step Forward present figures with upward gazes that appear wonder filled and quizzical. While others, such as Floating in a Sea of Dreams and Widow’s Walk, rendered with downcast facial expressions and closed-off body positions are wistful and haunting.

Kolb says, “People either like my work or they don’t. It often appeals to people who have had difficulties, and they are aware of them. Those that love it do so because it touches something deeply within them.” The conversations she overhears at her shows inspire her because they are often humble and profound reflections about aspects of lives that may not otherwise find space to be discussed.

“You won’t believe what people will tell you when you ask a sincere question. People can open up and surprise you.”

Kolb mentions that life is full of dualities that we must deal with. She supplies an example from a podcast she listened to about French geophysicist Xavier Le Pichon who studied tectonic plates in the 1970s. She learned that “no matter how devastating an earthquake is, those shifts are necessary in order to keep the world going. The movement releases gases, nutrients, and water needed for the earth to survive. So when you have earthquakes like the one in Japan recently, they cause destruction and suffering, but at the same time, it must happen for us to live on this planet.” 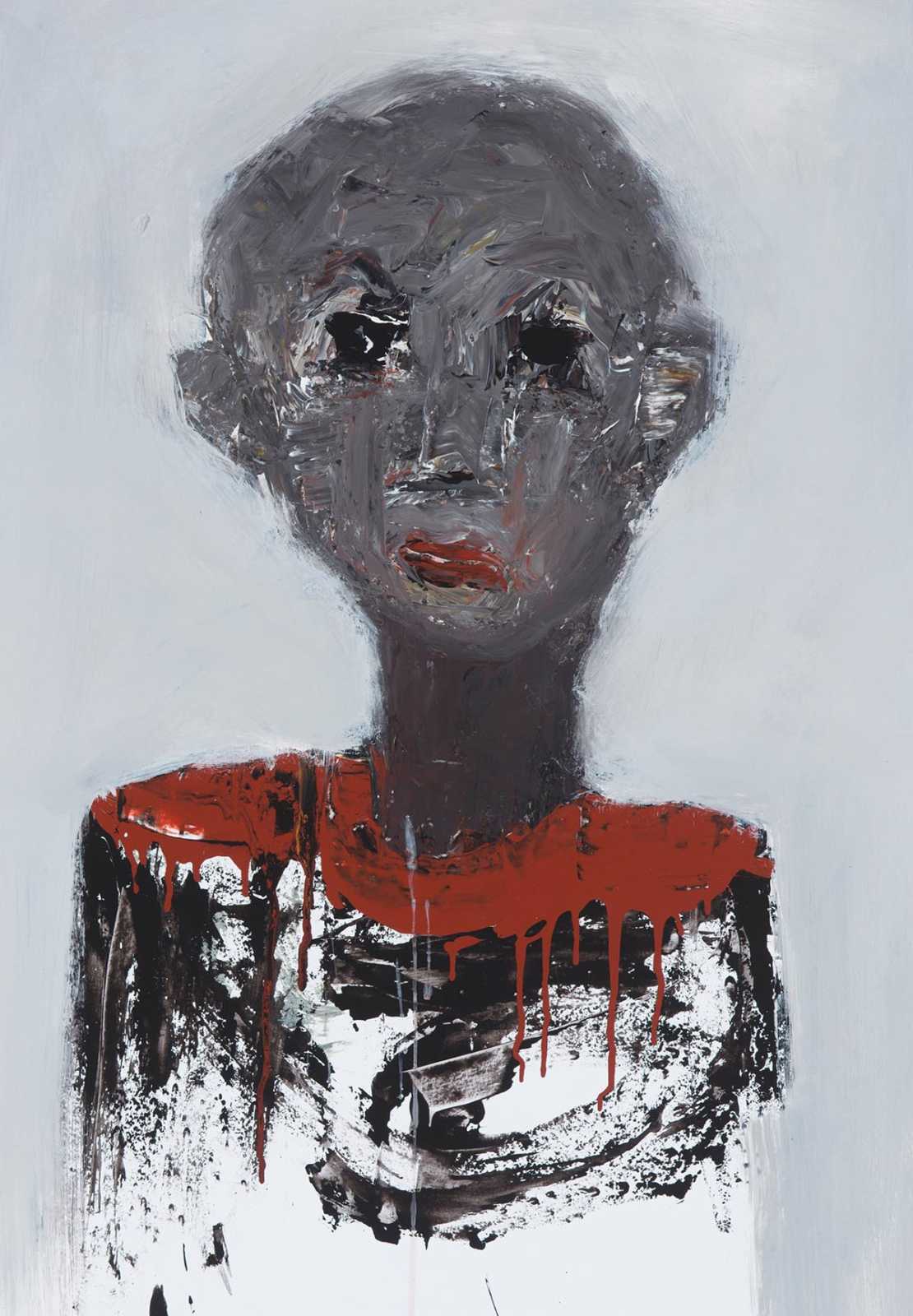 With all the troubles facing contemporary society, Marianne Kolb sometimes worries she should be contributing more time to public activism or philanthropic endeavors. However, she finds comfort knowing that her art offers an opportunity to encourage significant feelings of empathy. The paintings she makes channel truths she’s observed about human life around the world. Her work is a shelter from the storm, a place to ponder figures that mirror struggles, insecurities, and hopes that we might recognize with compassion in ourselves and others.

Oakland-based Kolb is now represented in Nashville at Bennett Galleries. She looks at this opportunity as a way to maintain her career as a professional artist. “The art market is competitive to enter and can be discouraging when the sales don’t come in,” explains Kolb. She quickly reflects that the good moments are when someone calls and says they want to show your work.

“Bill Bennett reached out to me about bringing my art to Nashville. I knew that because he loved my art, I could trust that he would be able to sell it.” While it’s important to her to continue working as a full-time artist, it is even more significant to keep financial concerns completely separate from the creative process for her to be able to produce work that she considers art. 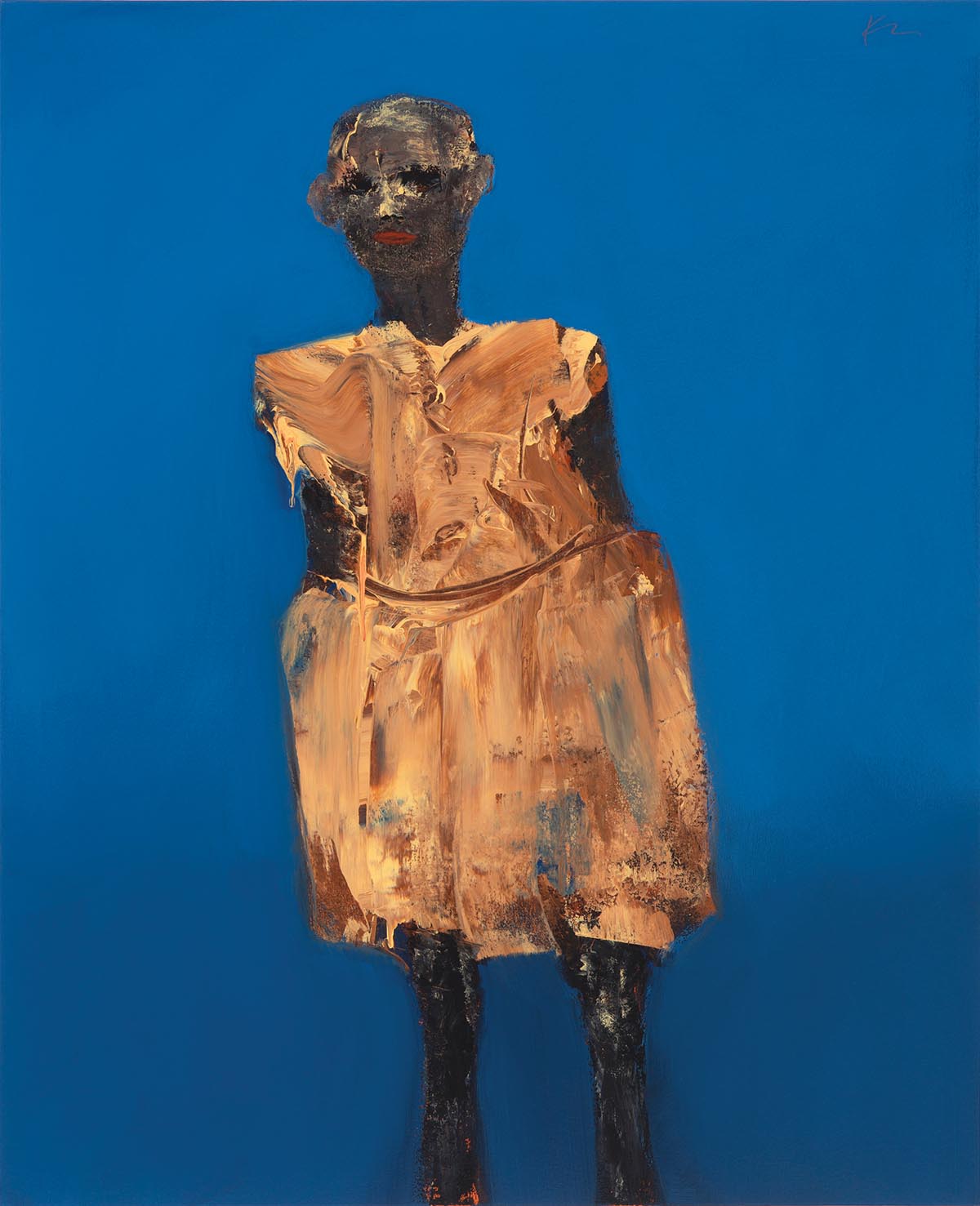 Making art is how she makes sense of the world, and therefore, she is protective of the work she allows to exit her studio. What comes out she considers true expressions of the concepts she’s learned about human life. That her own life and art are intertwined is clear as she says, “I paint to get up in the morning. My art is who I am and how I survive.”

Marianne Kolb’s paintings are available at Bennett Galleries. For more information about her and her work, visit www.mariannekolb.com and www.bennettgalleriesnashville.com. 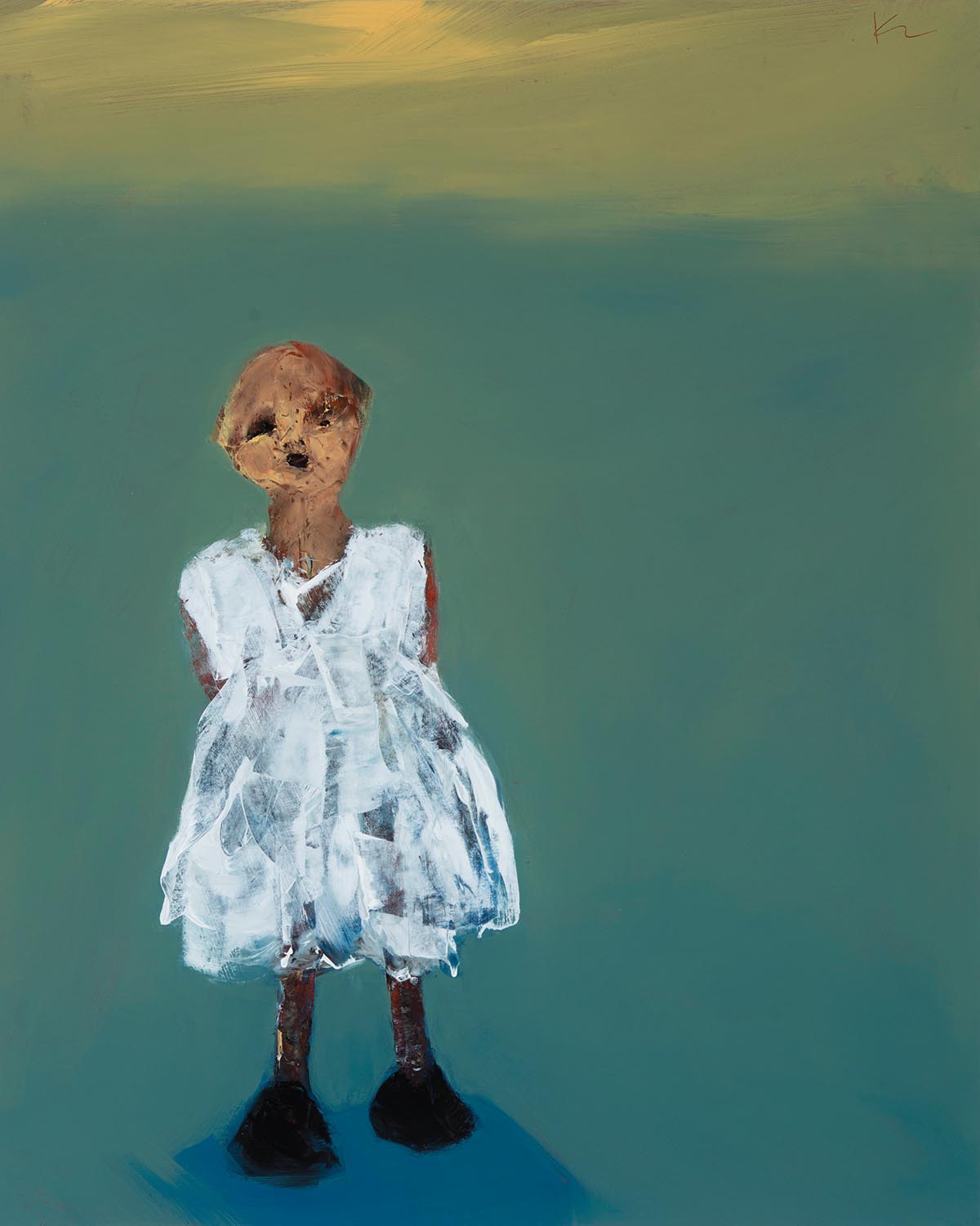 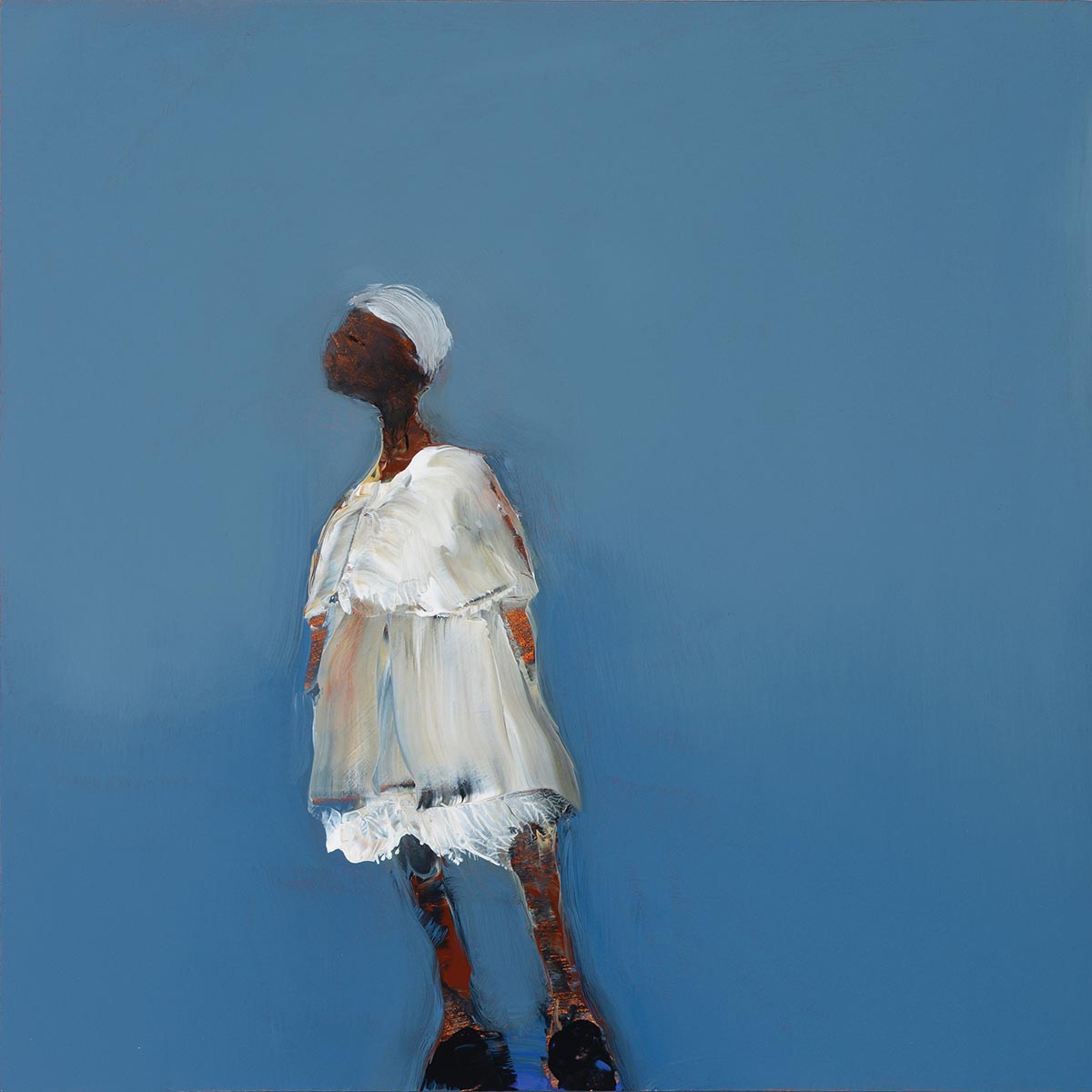 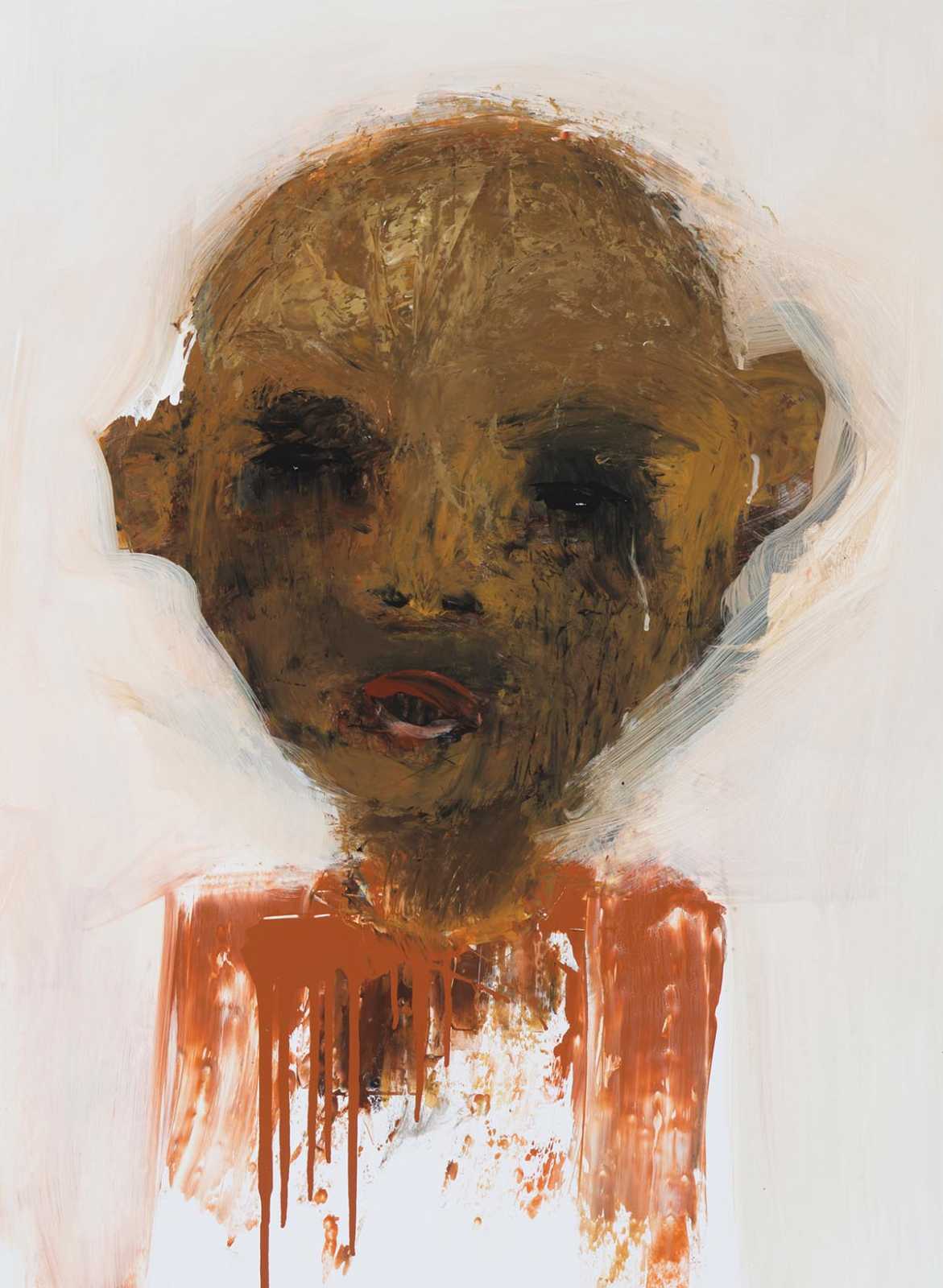 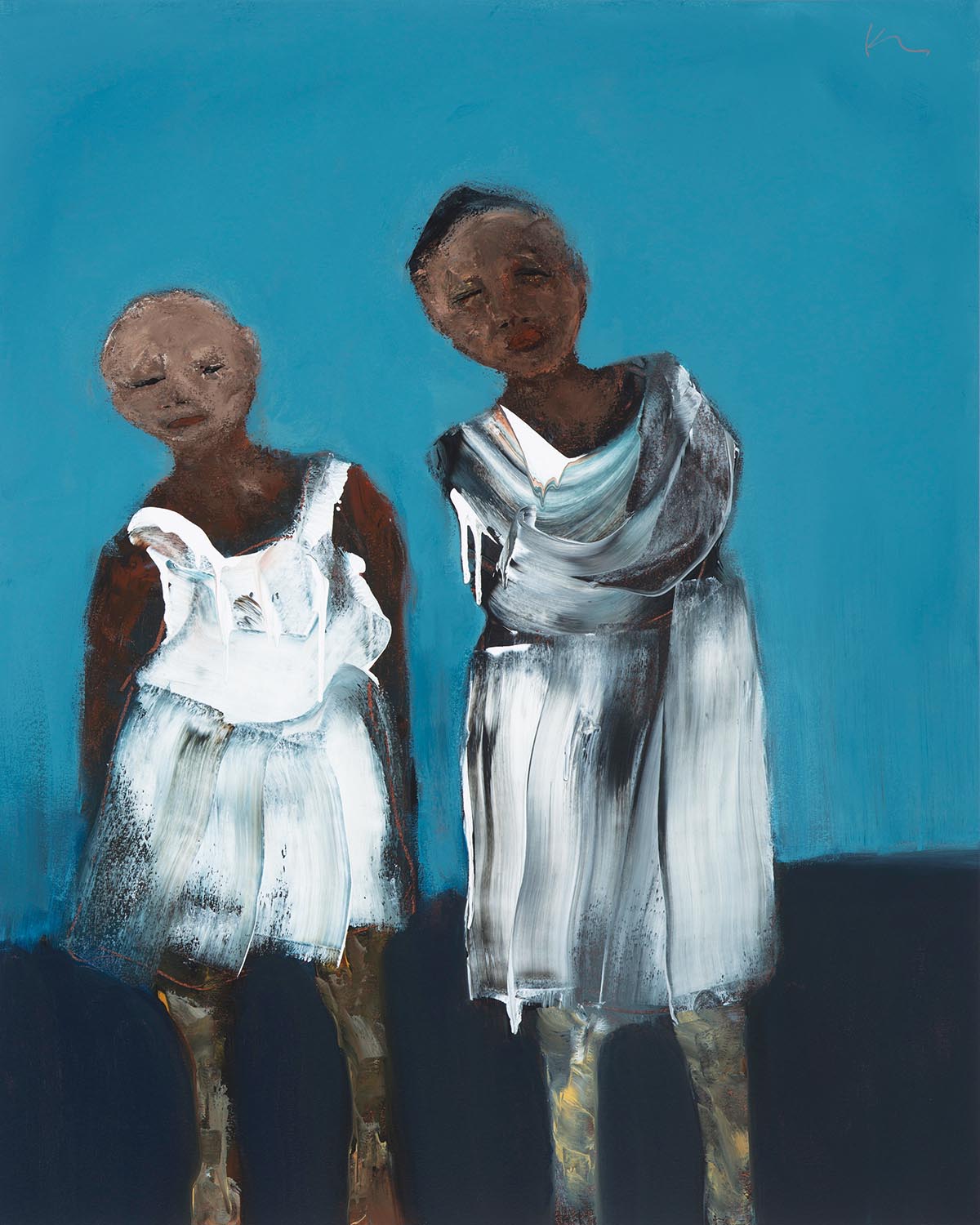 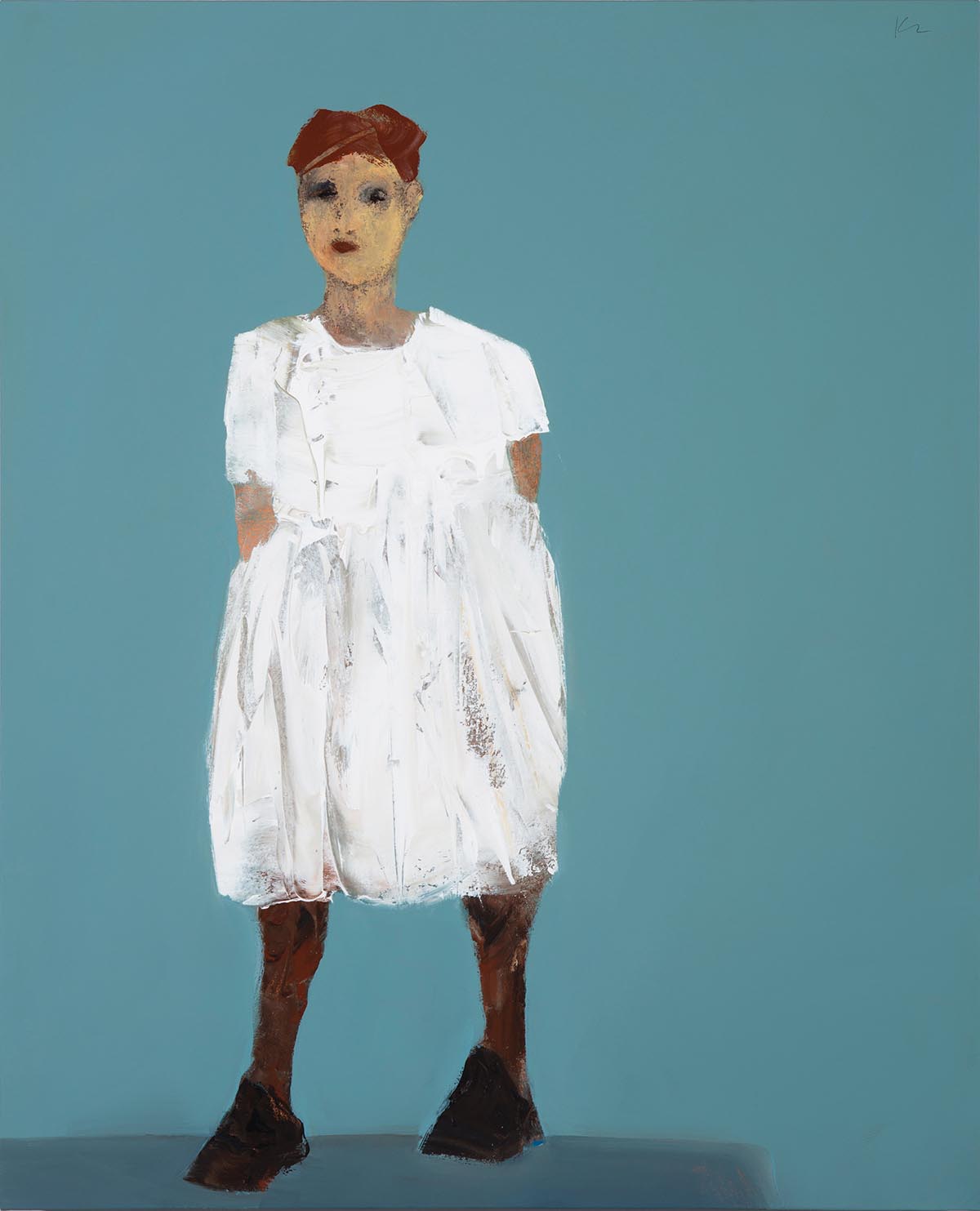