Record-breaking auction results and the soaring market for contemporary art have put much of the art of our time beyond the reach of ordinary people. Yet, the indisputable 2016 summer art blockbuster defied convention. The Floating Piers, a site-specific installation by Christo and Jeanne-Claude on Lake Iseo in the Lombardy region in Northern Italy, attracted over 1.2 million visitors in 16 days, June 18 through July 3. The piers, 16 meters wide, 35 centimeters high, and 3 kilometers long, connected Sulzano on the mainland to Monte Isola and Isola San Paolo, large and small islands in Lake Iseo. The piers were composed of 220,000 polyethylene cubes pinned together and covered with 100,000 square meters of yellow fabric, which extended an additional 2.5 kilometers over the adjacent streets and paths leading to the piers. The piers were held in place by 200 anchors weighing 5.5 tons each. 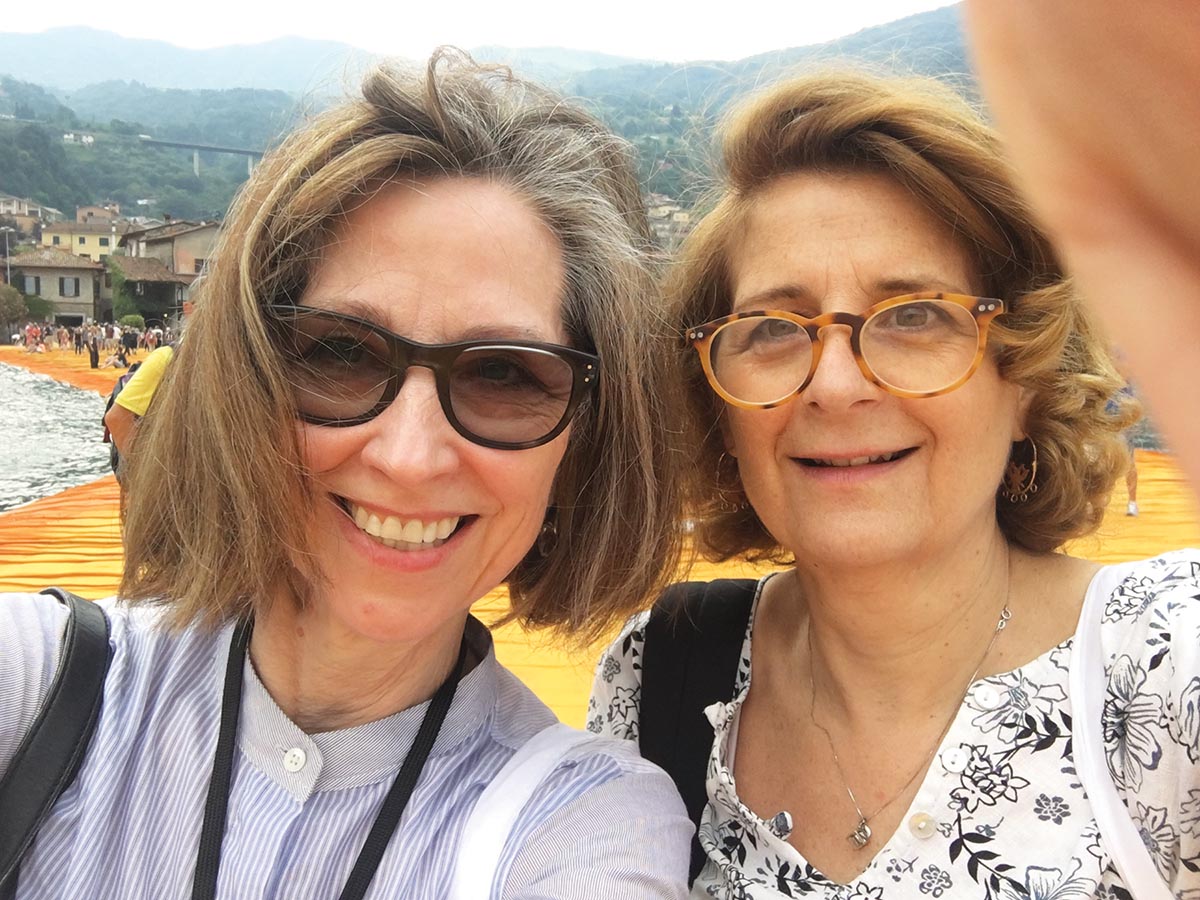 The Floating Piers were intentionally democratic, participatory, and visitor centered. The piers were visible from the mountains as well as on the roads and walkways around the lake, but they were designed to be experienced through your feet. Many visitors removed their shoes. Regardless, the sensation of walking on water was palpable. By early July, the yellow fabric was a bit worn but no less vibrant against the clear blue lake water. Time of day and weather conditions altered the colors slightly. There were no tickets, no openings, no reservations, and no owners. Walking over undulating waves was visceral, transitory, impractical, and irrational yet transformative. 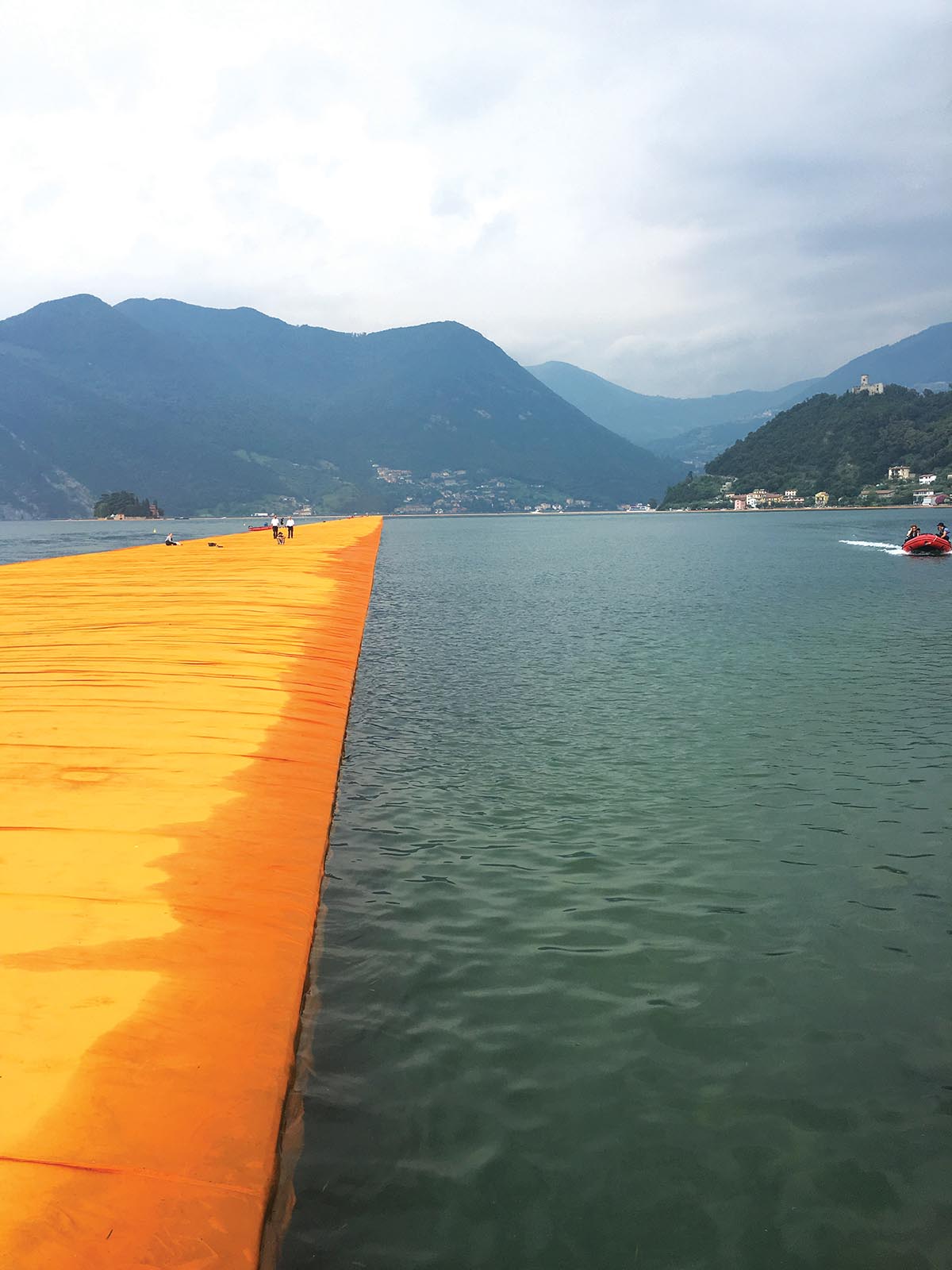 Beginning in 1962 Christo and his partner Jeanne-Claude worked side by side to create visitor-centered works of ephemeral public art. Christo and Jeanne-Claude assiduously worked outside of the marketplace, were self-funded, never accepted a commission or a grant, and insisted that access to all of their projects be free. Their fully realized projects, such as Running Fence, 1976, and The Gates (Central Park), 2005, were years in the making. Jeanne-Claude died in 2009, but Christo still speaks of her in the present tense. Together they conceived of The Floating Piers in 1970. They researched and pursued other sites including the delta of the Rio de la Plata in Argentina. Twenty-five years later, in 1995, the piers were proposed for Tokyo Bay extending onto Odaiba Park. Both attempts failed because permits were not granted. In 2014, Christo identified Lake Iseo in Northern Italy as a possible site. This time the artist was able to secure the necessary permit. Twenty-six years after conception and 18 million dollars later The Floating Piers came to be. Christo remains an idealist, but he appreciates that the tools of capitalism and industry are indispensable. Working with Project Director Germano Celant, the artist directed a team of engineers, artisans, and craftsmen to assemble and install the piers. 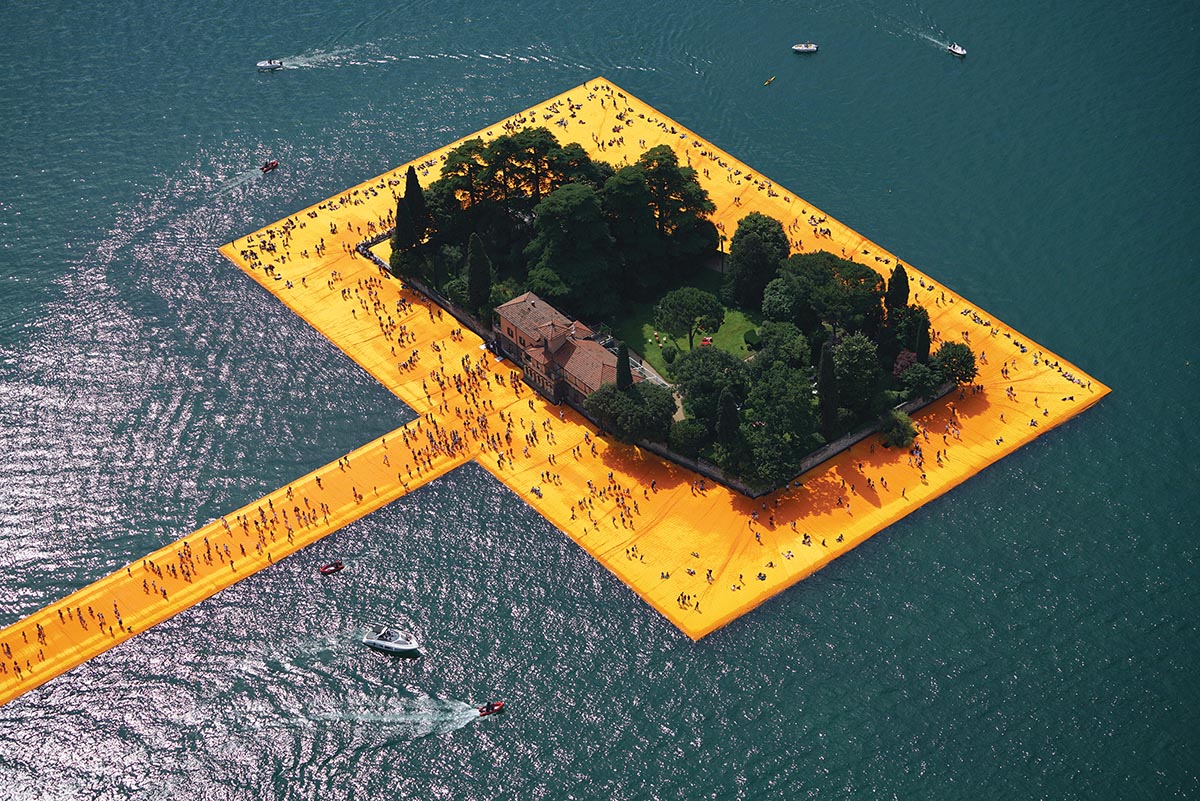 Aerial view of The Floating Piers; Photograph by Wolfgang Volz/laif/Redux

Initially, the piers were open 24 hours per day. Attendance more than tripled expectations. In order to manage the devout pilgrims, it was necessary to suspend train service and limit open hours. Visitors walked long distances and waited for up to five hours for the experience. The Floating Piers was funded entirely through the sale of Christo’s original works of art. There are no postcards, posters, or related products for sale through the artist. At the close of the exhibition, all materials were removed and recycled. The Floating Piers survive in the memories of the 1.2 million visitors. 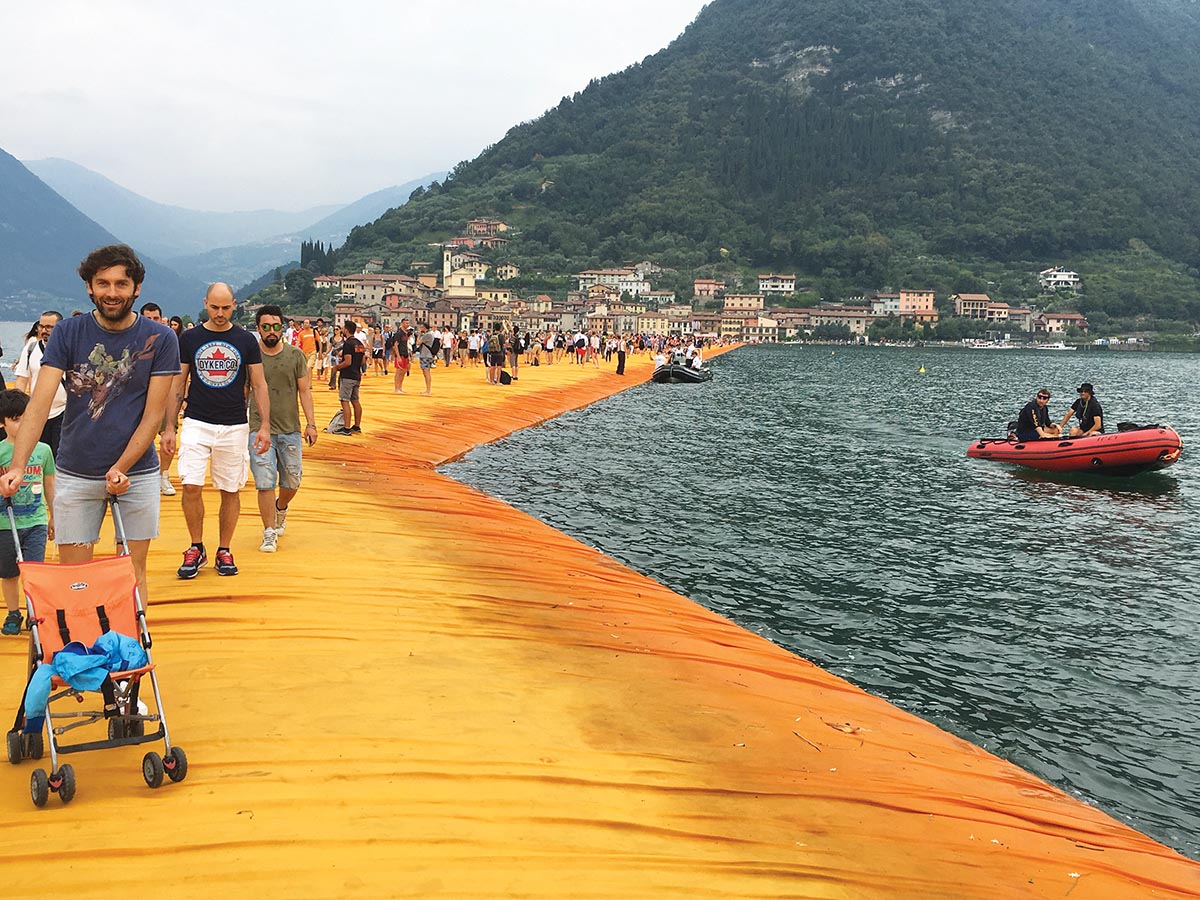