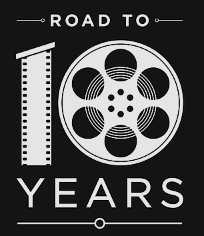 This year’s lineup is more extensive and exciting than ever, with over 40 films slated to make their debut at the festival. Hazel Joyner Smith, the founder of the IBFF, said, “This year we were bowled over by the number of remarkable films submitted to our competition—visually stunning films that focus on well-developed stories of interest to a multicultural audience. To celebrate our longevity as a festival, we decided to expand our screenings and share this stellar filmmaking.” Included in the lineup are films ranging from short narratives with local actors to feature films boasting stars such as Zoe Saldana. The films cover a large span of issues such as music, social justice, horror, religion, LGBT, work life, science fiction, and crime.

While the films are the heart of the festival, this year’s IBFF also boasts an impressive list of VIP guests and speakers. Some of the guests include actor Lamman Rucker, the star of Tyler Perry’s Why Did I Get Married, director David E. Talbert, the director of Baggage Claim, and producer and DJ 9th Wonder, who has worked with artists such as Jay Z and Drake. The festival is a true celebration of the films, giving guests the opportunity to participate in filmmaking workshops, upgrade their tickets to have access to VIP areas, and attend premiere parties for the films.