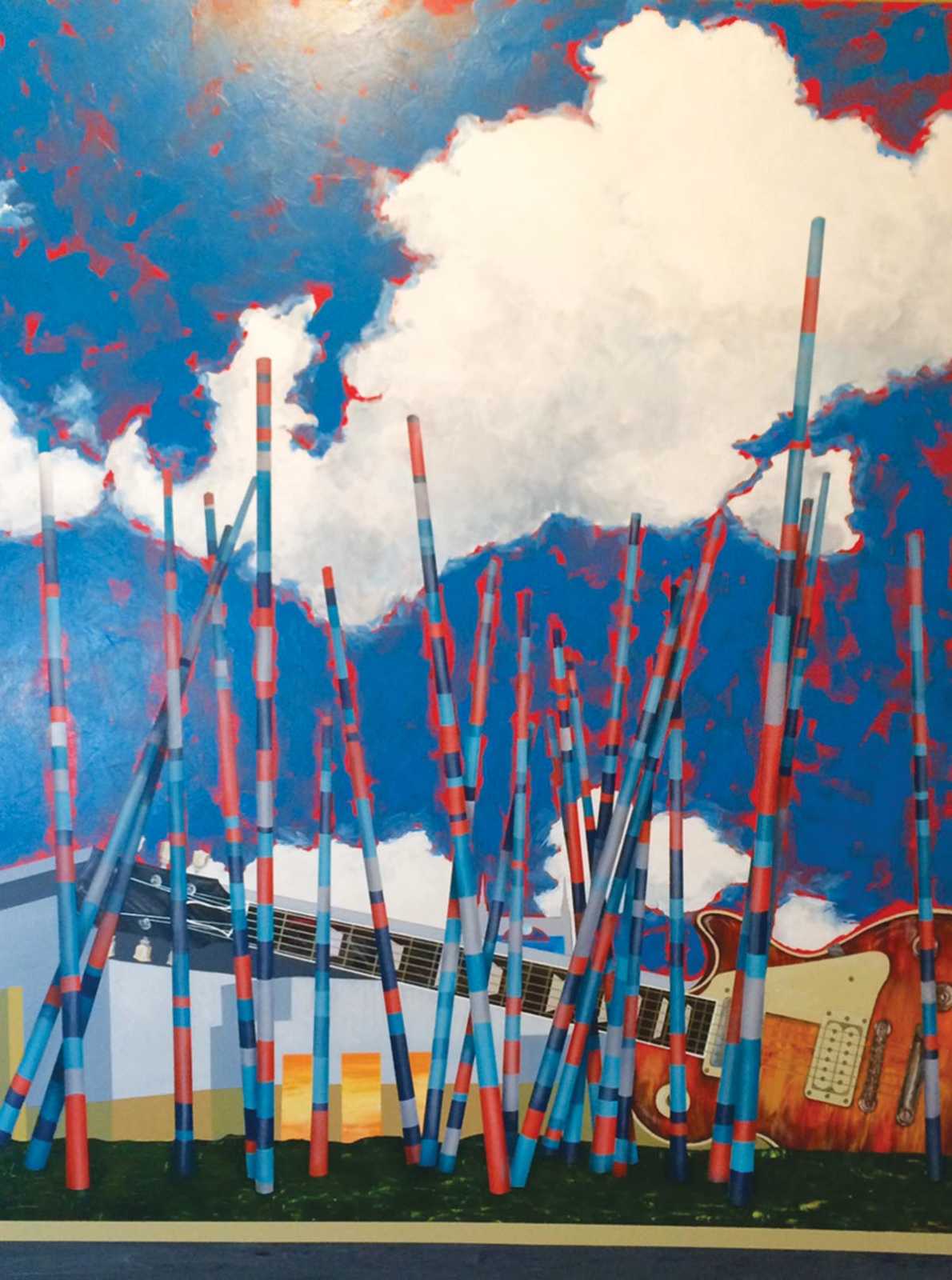 Inspiration can be hard to trace, but it’s been said that art begets art. That is the case for local painter Barbara Coon, whose latest piece, A Tribute to Christian Moeller’s Stix and Nashville’s Music City Center, was inspired by the modern sculptor’s large-scale installation in the Korean Veterans Boulevard roundabout.

Moeller was commissioned by the Metropolitan Nashville Arts Commission in 2013 to annotate the roundabout. The 35 painted red-cedar poles that make up Stix were inspired by the Native Americans who first lived in Middle Tennessee.

Coon found Moeller’s work to be the perfect complement to the site. She wanted to pay homage with a piece that would strike others as she had been struck. “I would want a viewer to get a sense of the craftsmanship that Stix actually has and just feel that it’s a joyful piece,” Coon says.

The painting took Coon four months to complete and demonstrates the feeling that Moeller’s poles can radiate onto the scene, flecking their background with color and energy. It now lives in the Nina Kuzina Gallery, a longtime home for Coon’s work.

“I am always amazed at Barbara’s process, the layering of paint, and the uniqueness of her subject matter,” Kuzina says. “It’s a beautiful tribute to this new sculpture and to Nashville.”