“Like imagery associated with carnivals, they are bold and dramatic, conveying wonder and excitement.” 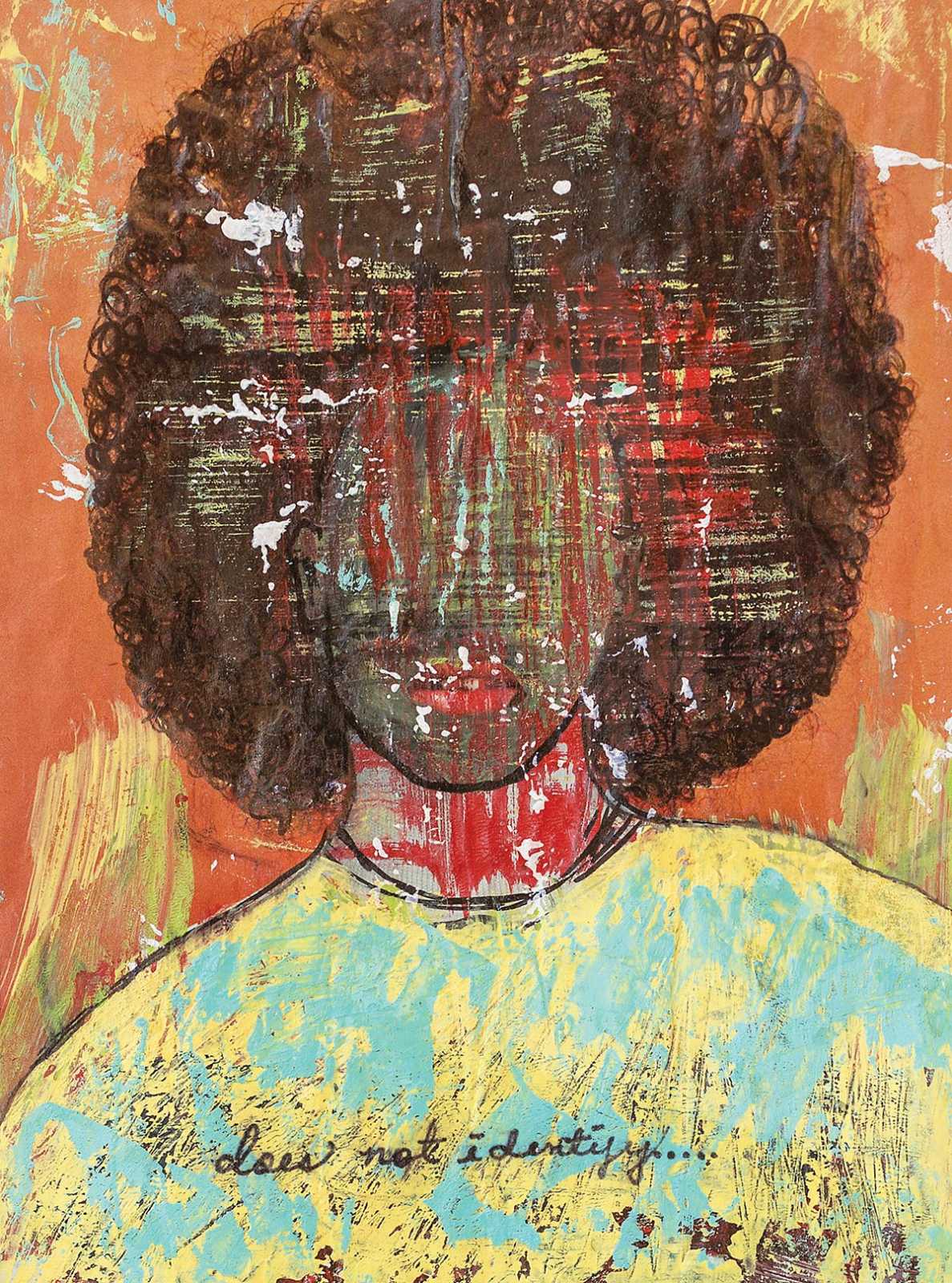 Sitting in the one-room apartment of Ashley Mintz, I had the feeling of being at a carnival. Her paintings and drawings hang on all the walls and lean up against them on the floor; dozens are stacked on a shelving unit. Her long keyboard sits in place of a desk, and her workspace is a small strip of carpet next to her bed. Mintz’s paintings and drawings are deceptively cheerful. Like imagery associated with carnivals, they are bold and dramatic, conveying wonder and excitement. But they also communicate a sense of tension boiling beneath the surface. Handwritten messages in her loopy handwriting accompany warm colors and media-inspired imagery. The heads of two women extend from a cassette tape train, their necks long and their eyes blindfolded, their lips set in pouts. A rosy-cheeked girl in a top hat holds up a baton, a musical score etched across her chest. Figures cast furtive glances and reach their long, skinny arms to pass a secret message between them. 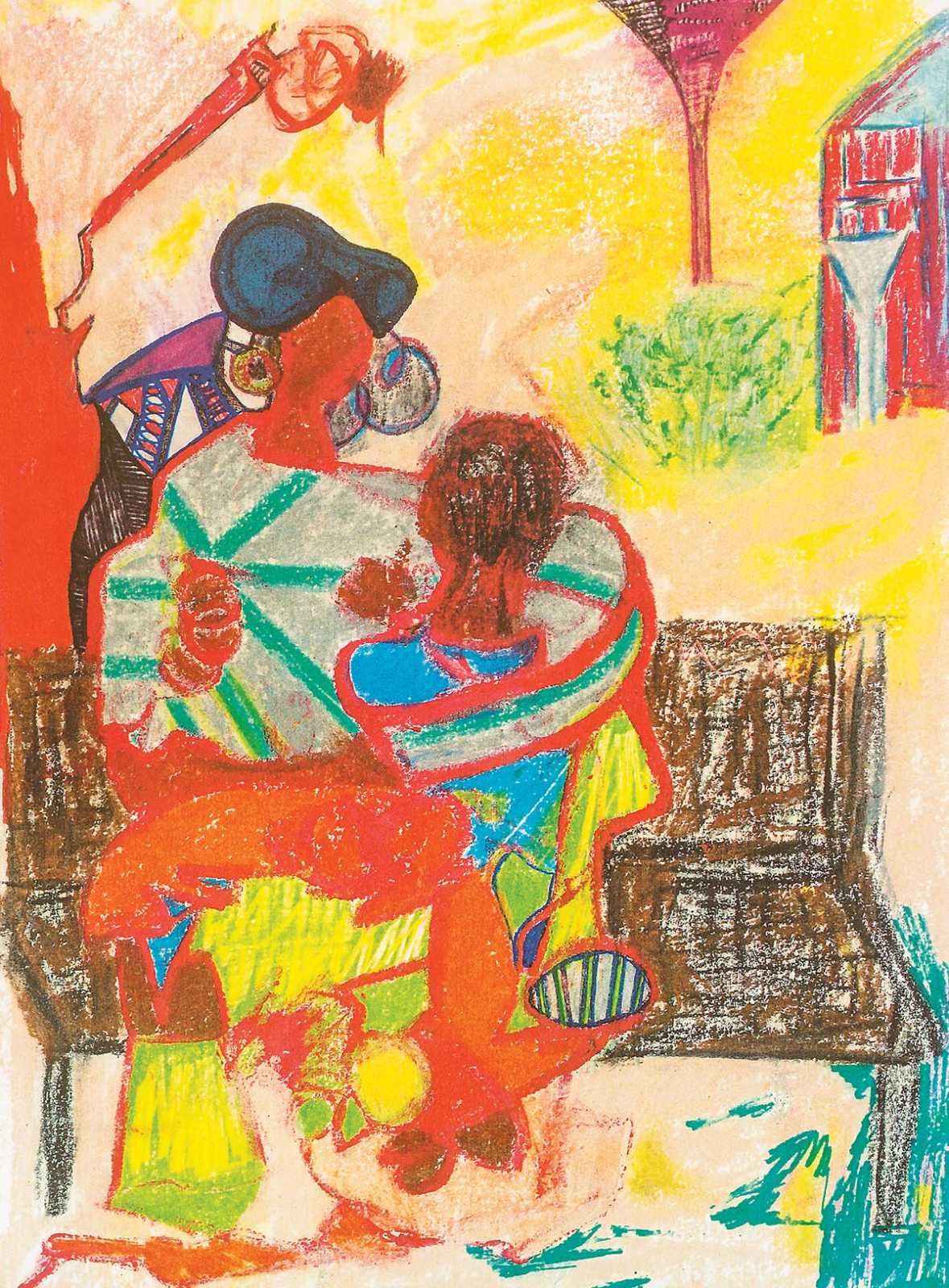 This month, Scarritt Bennett Center will host an exhibition by Mintz. Being Black in America: A Comparison of Past and Present will investigate blackness as historical and contemporary identity. In doing so, the artist hopes to identify stereotypes and push viewers to consider how they interact with each other regarding racial identity. Mintz’s work is very much centered on the experiences of black women in particular, thus looking at the intersection of racism and sexism in American culture.

Mintz uses paint and collage to achieve texture, choosing wood panels over canvases because they’ll hold up to more abuse. She layers scraps of newsprint, bits of fabric, pieces of maps, and pages of old books with paint. Does Not Identify shows a woman’s portrait from the bust up, her lips red, her black hair curly. Her face, however, is a thatched patch of color, as if scratched out with crayons, her identity obscured. Does Not Identify is not a self-portrait, but it may very well be one conceptually. Mintz is of mixed race—her mother black and her father white—and she says that her show is as much about her own identity as it is referencing issues affecting black Americans as a whole—specifically, how the effects of slavery are still deeply felt and referenced in contemporary practices, such as mass incarceration, treatment of people of color by police, the objectification of black women, and disruptions of family structures. Mintz says, “Creating these works is a way to figure out how I, a mixed woman who has always felt confused about where I ‘belong,’ fit into the black community myself; to find my own identity. 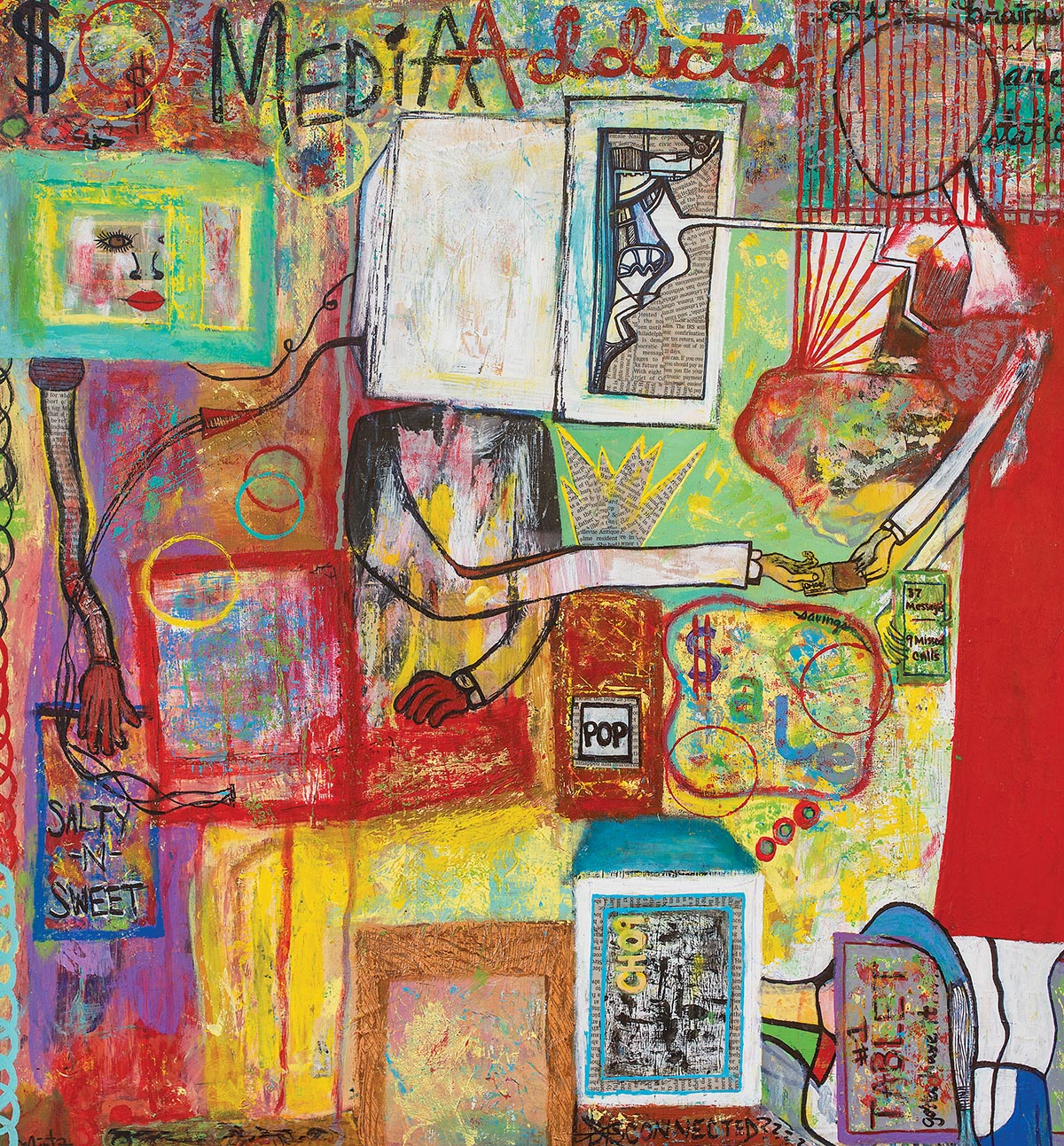 “I’ve been thinking about why I’ve come back to doing work that deals with the struggles of the black community,” she adds. “I grew up with the black side of my family, and my grandparents used to talk about how things were for them growing up and the racism they dealt with.”

Mintz moved to Nashville from Las Cruces, New Mexico, in 2007 to pursue songwriting; she produces music under the name Wild Enemy. She also writes and performs spoken word, and Being Black in America will incorporate these multidisciplinary elements. 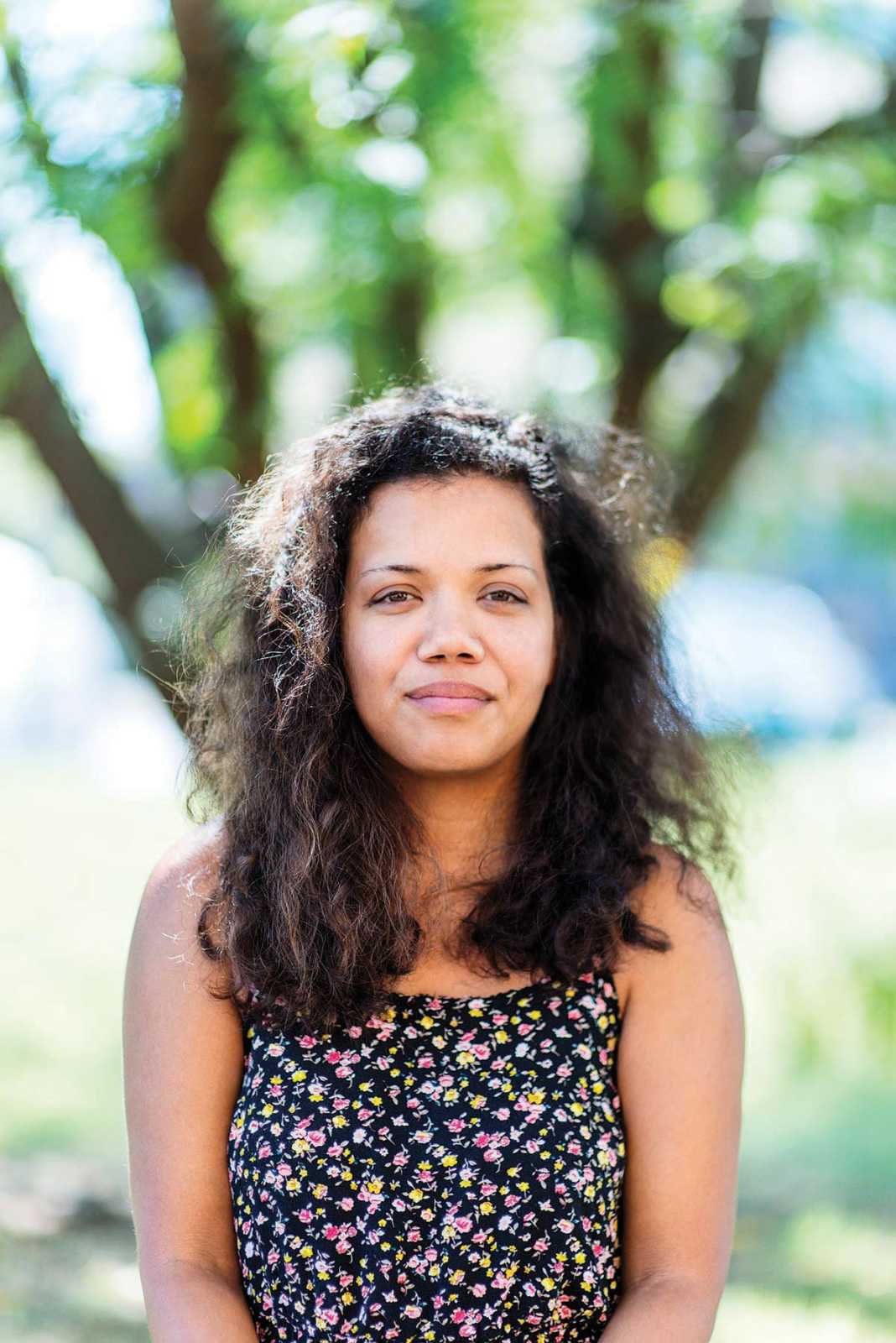 An opening reception for Being Black in America: A Comparison of Past and Present will be held on October 7 at 4:30 p.m. at Laskey Gallery at Scarritt Bennett Center. The exhibition will remain open until December 20. For more information, visit www.scarrittbennett.org and www.ashleymintz.weebly.com. 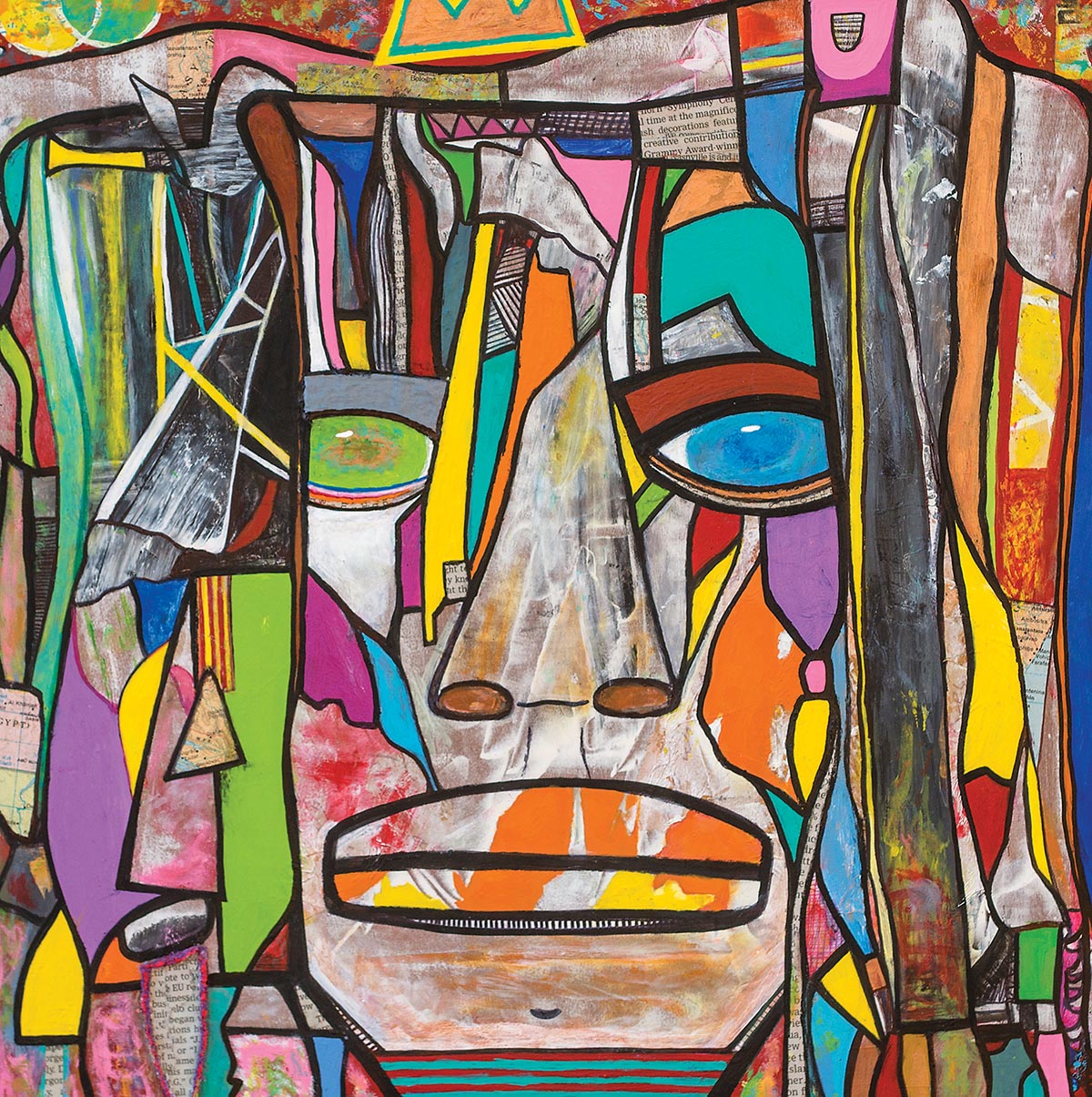